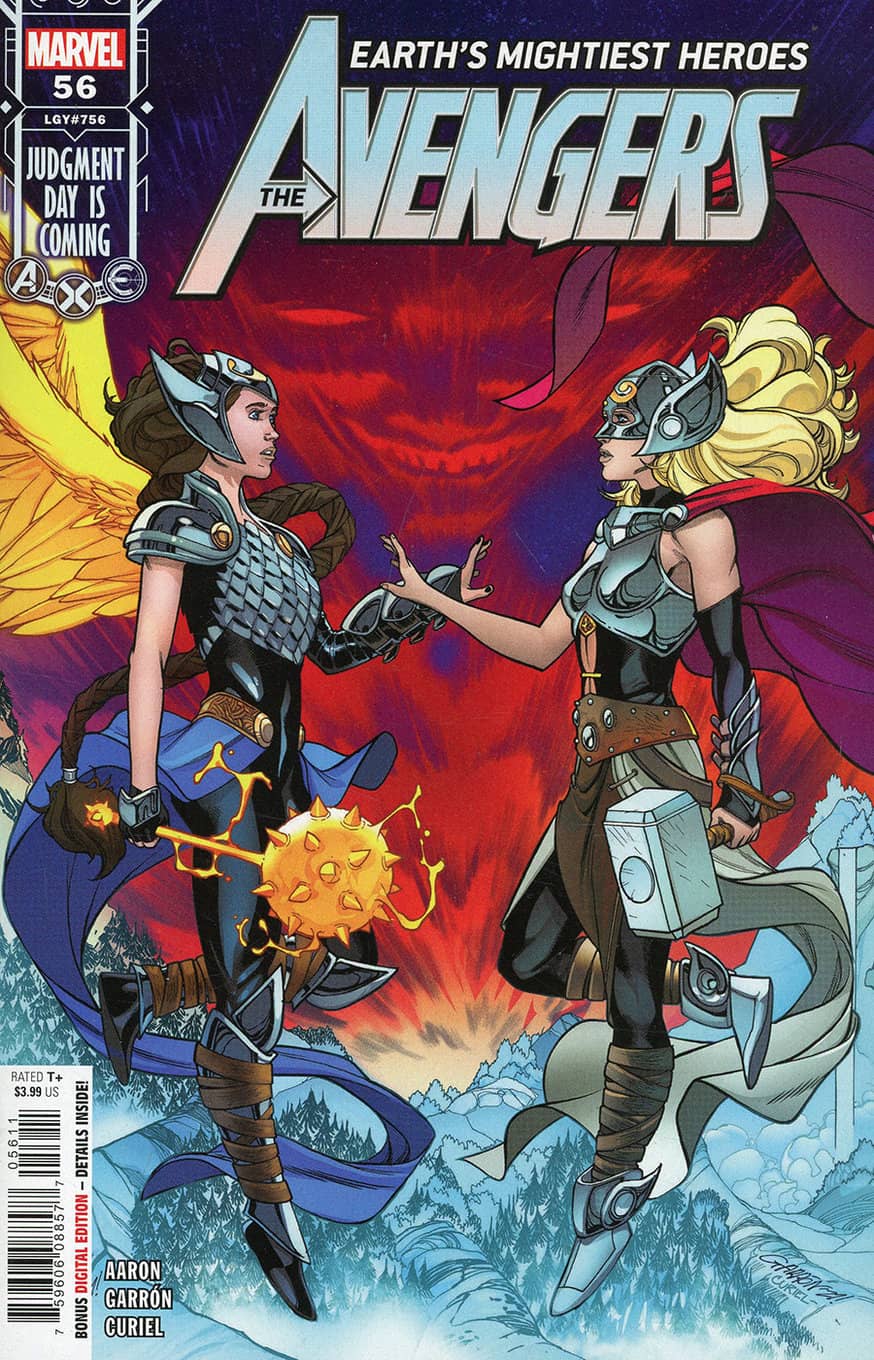 Jane Foster was Thor, but is now Valkyrie or not?! 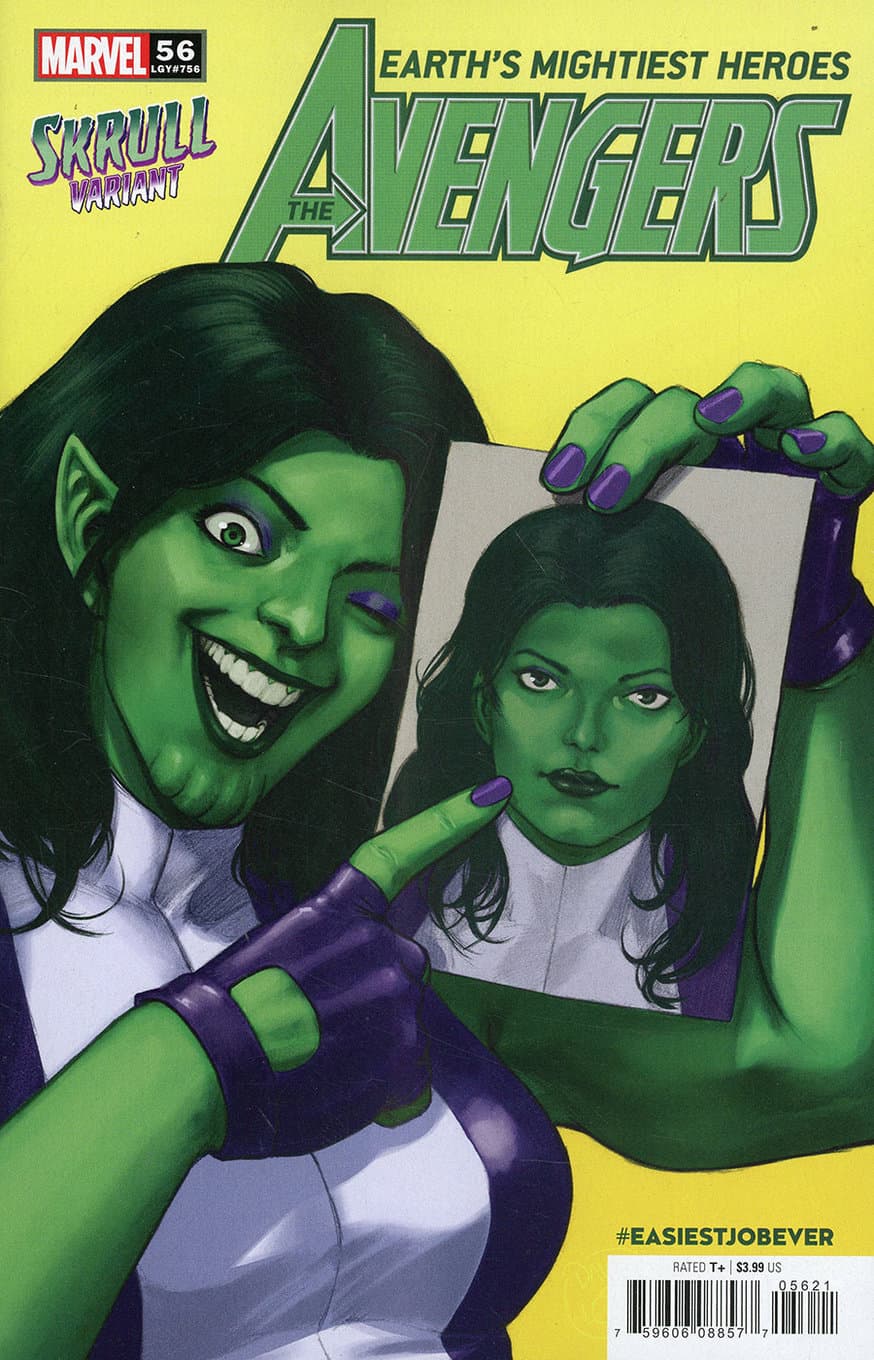 Not a huge surprise we’re seeing this now as in the upcoming Thor Love and Thunder movie Jane Foster is Thor as is the original Odinson. 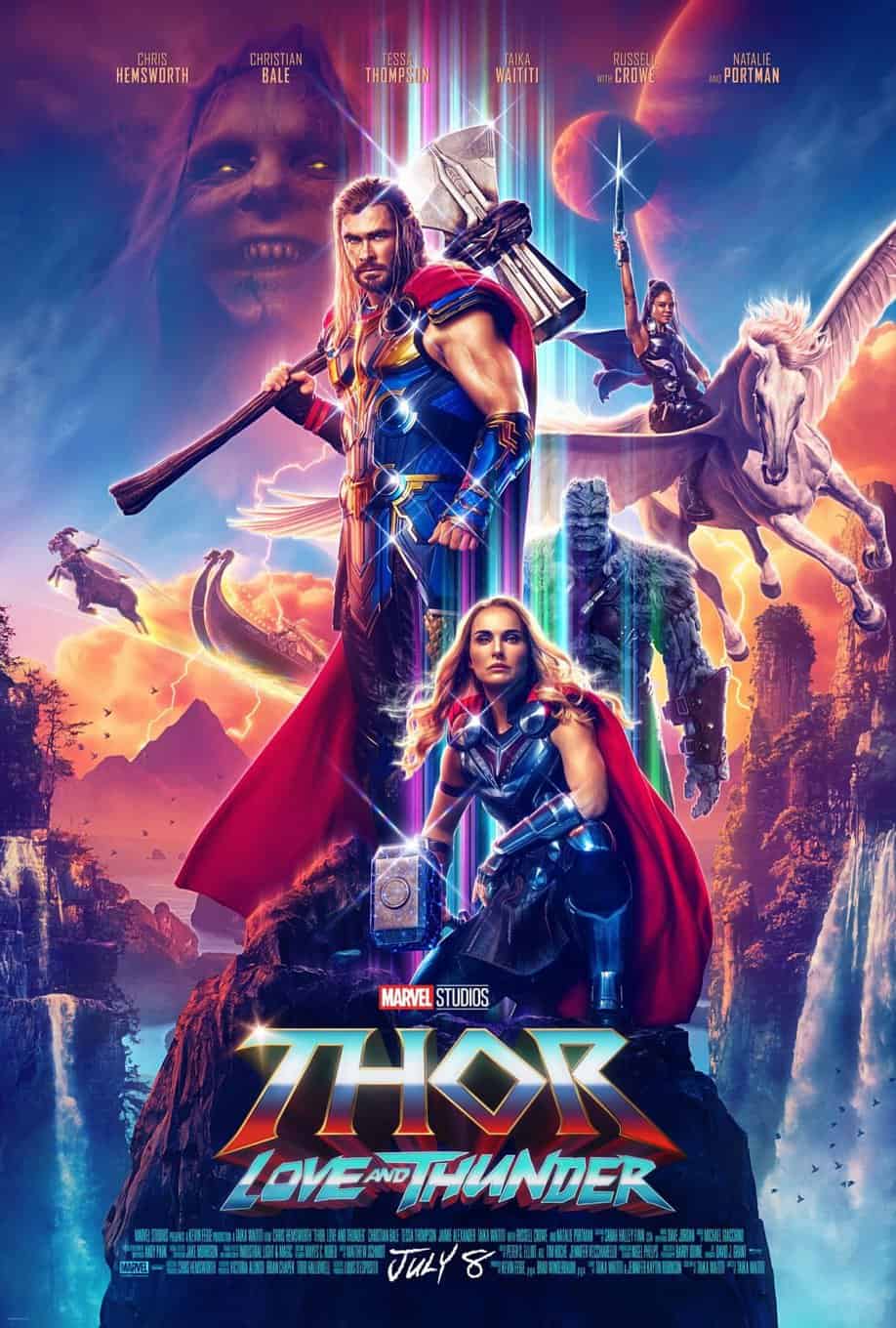 The promise of this new Jane Foster Thor comic book story can be found in the solicitation for this most recent Avengers issue.

She once famously wielded Mjolnir as Thor, Goddess of Thunder. Today, she guards the worlds of the living and the dead as the winged Valkyrie. Now, those two versions of the same mighty hero somehow find themselves face-to-face, in a desperate bid to save the soul of Jane Foster. 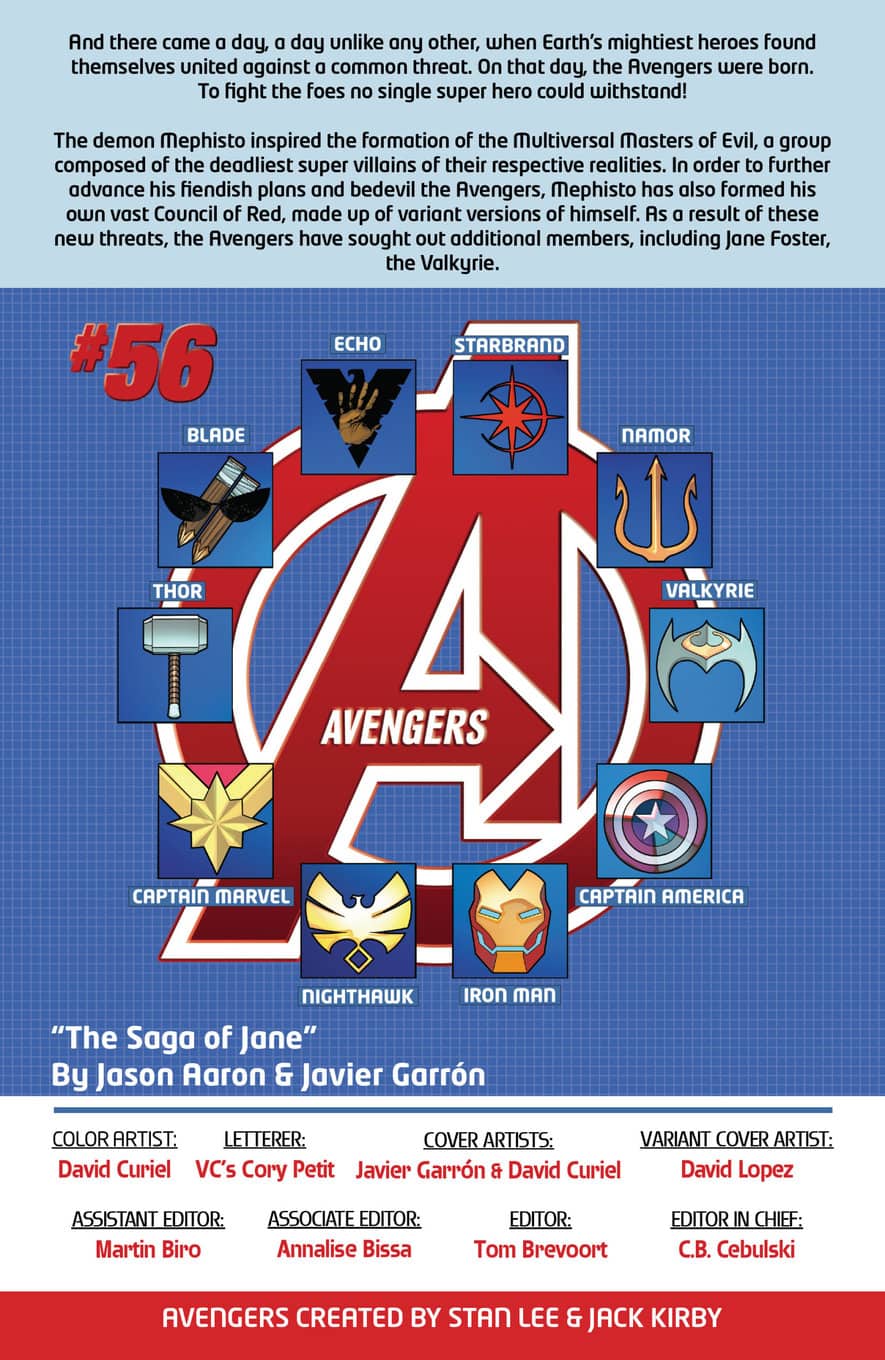 The book opens with Jane Foster waking up as Thor’s wife, but she violently realizes it’s not real, as “her” Thor actually melts as its revealed that she’s being toyed with by the Multiversal Council of Mephisto?! 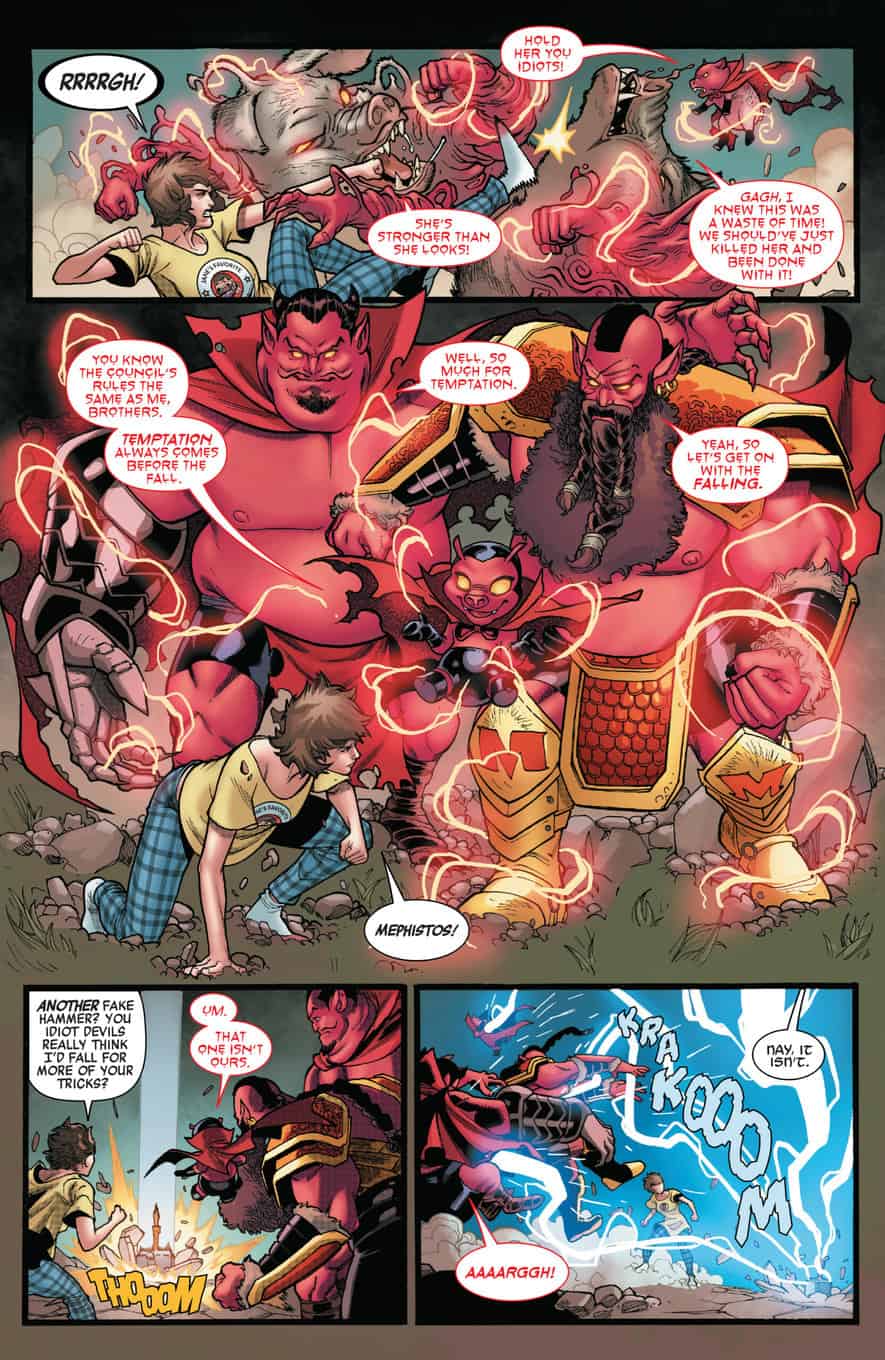 As the Mephistos descend on Jane Foster the battle is engaged by another Jane Foster in her Thor persona?! 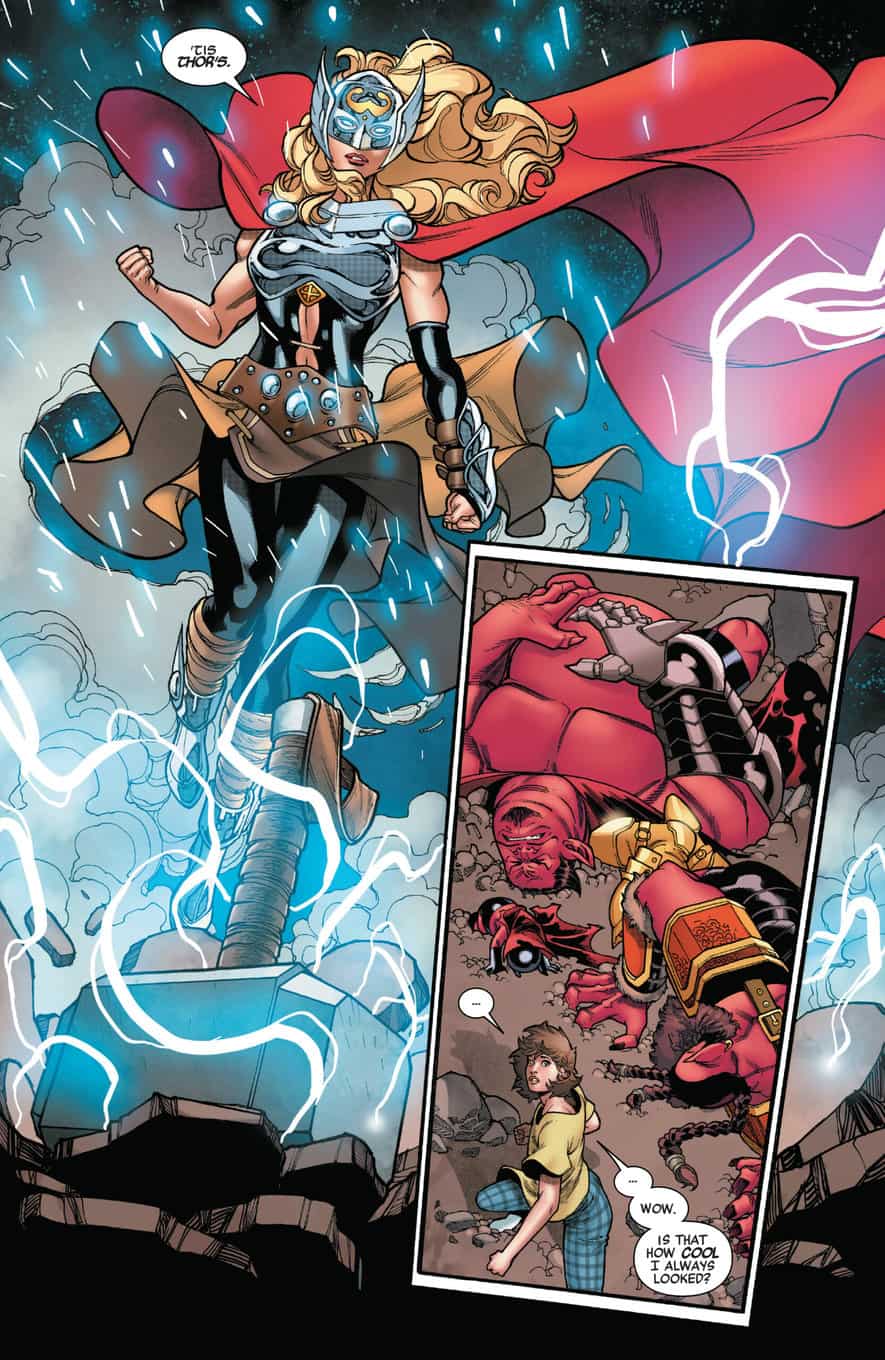 They team up as… 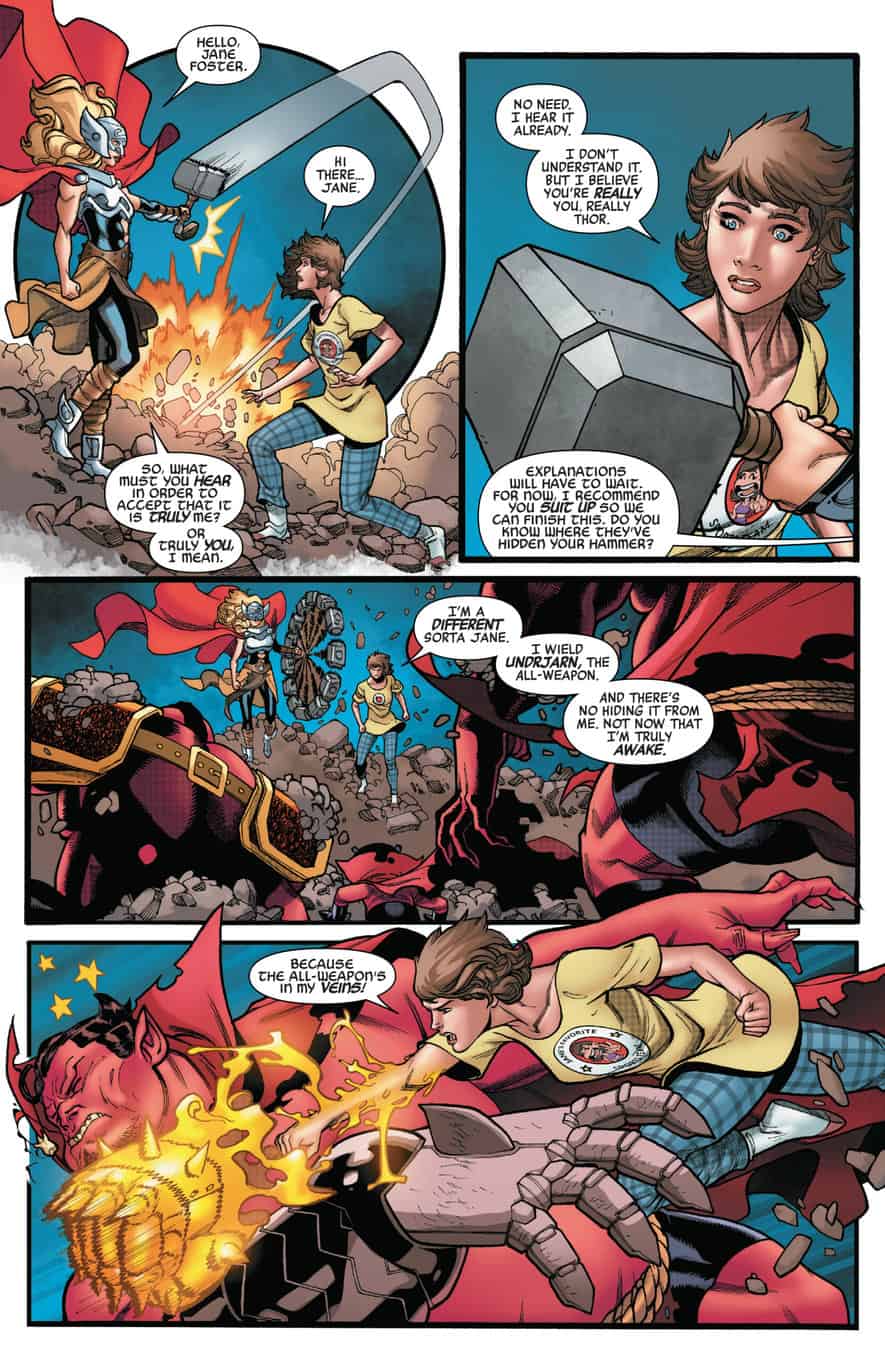 …as the Jane Foster the book opened with, the one that is currently on the Avengers, assumes… 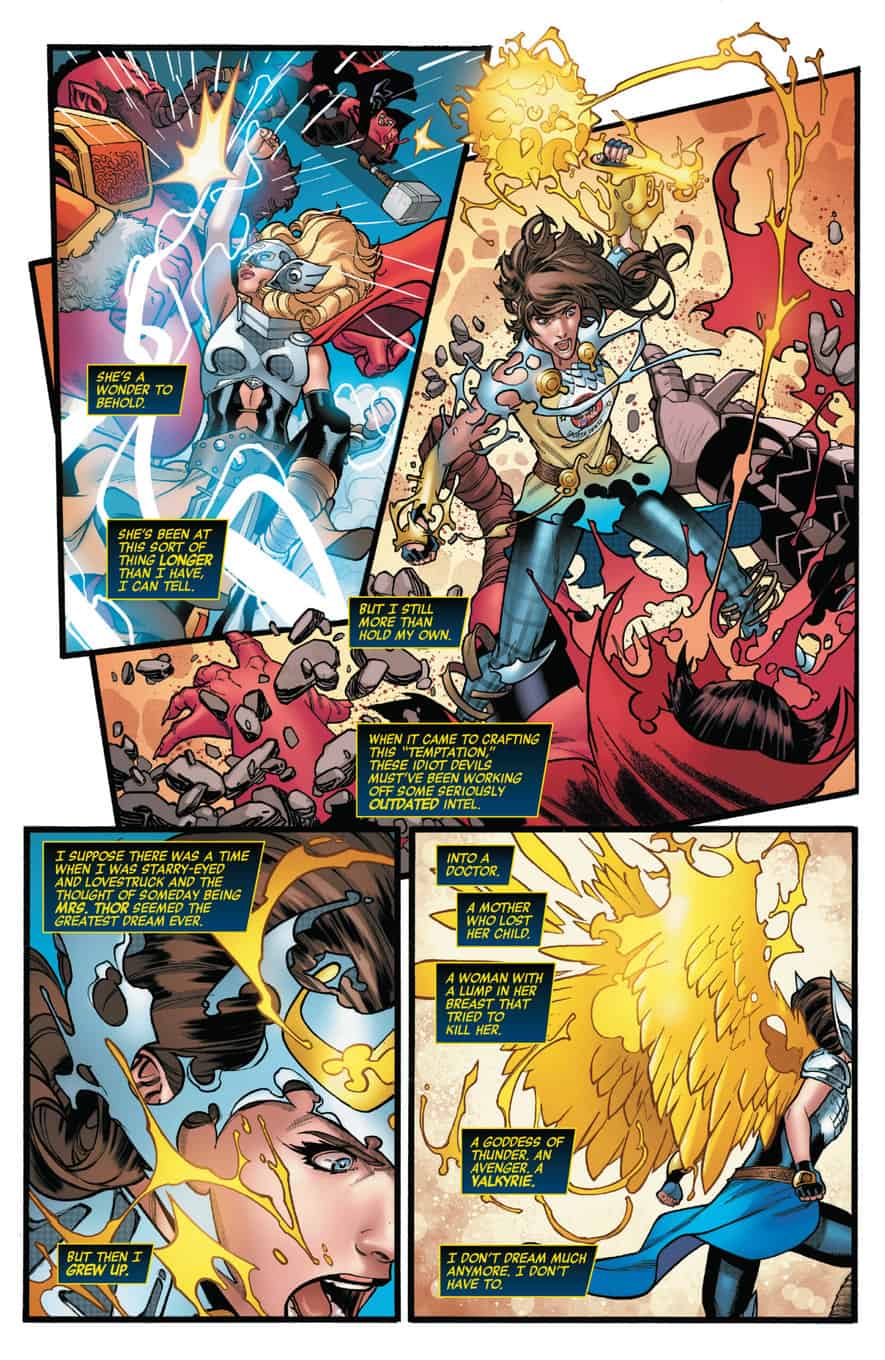 …her Valkyrie person and teams up with her Thor persona…. 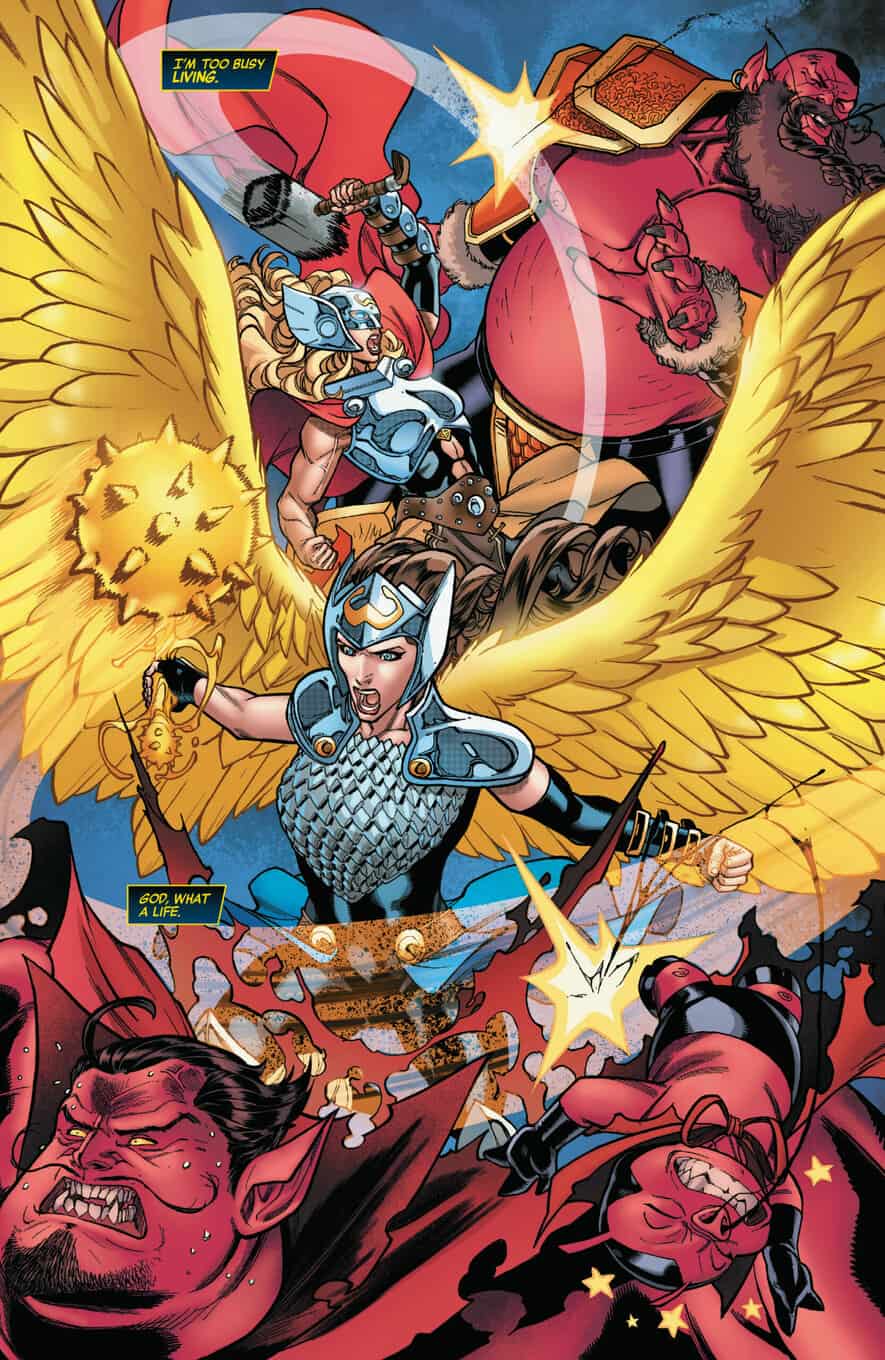 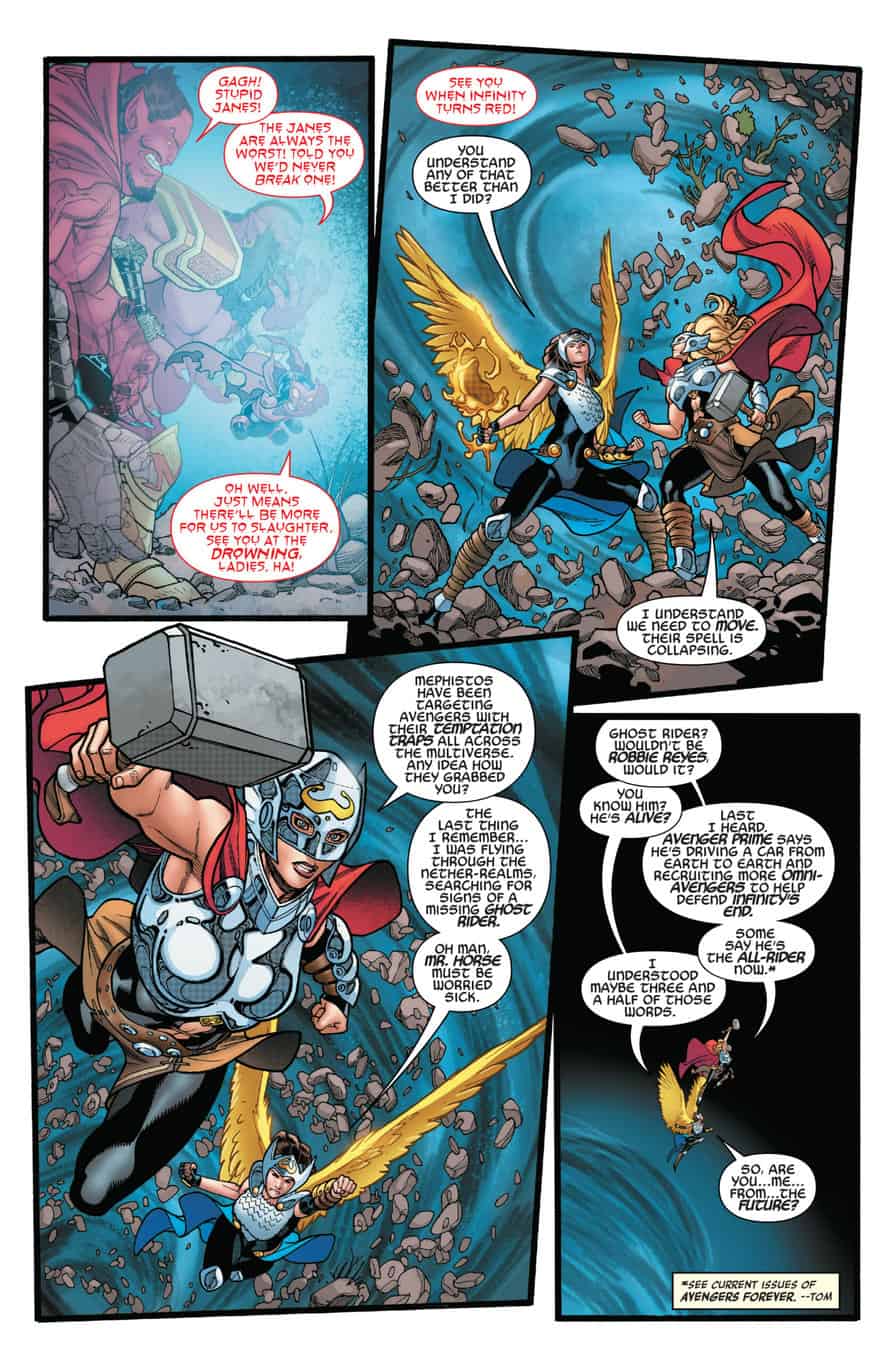 …scare off the Mephistos. 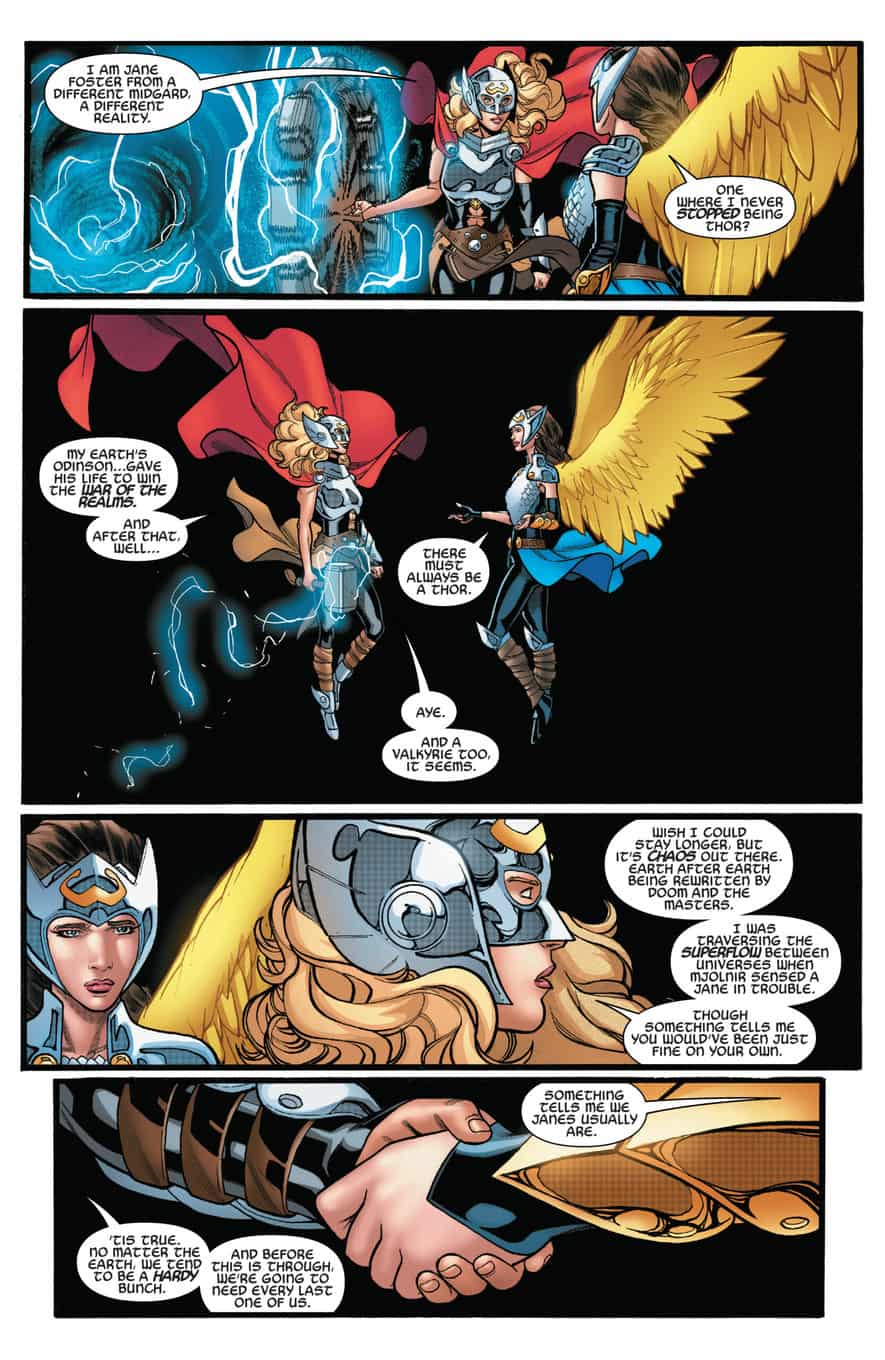 We learn that the Jane Foster Thor is not an echo from the past or a tease of the future, but from an alternate Earth. 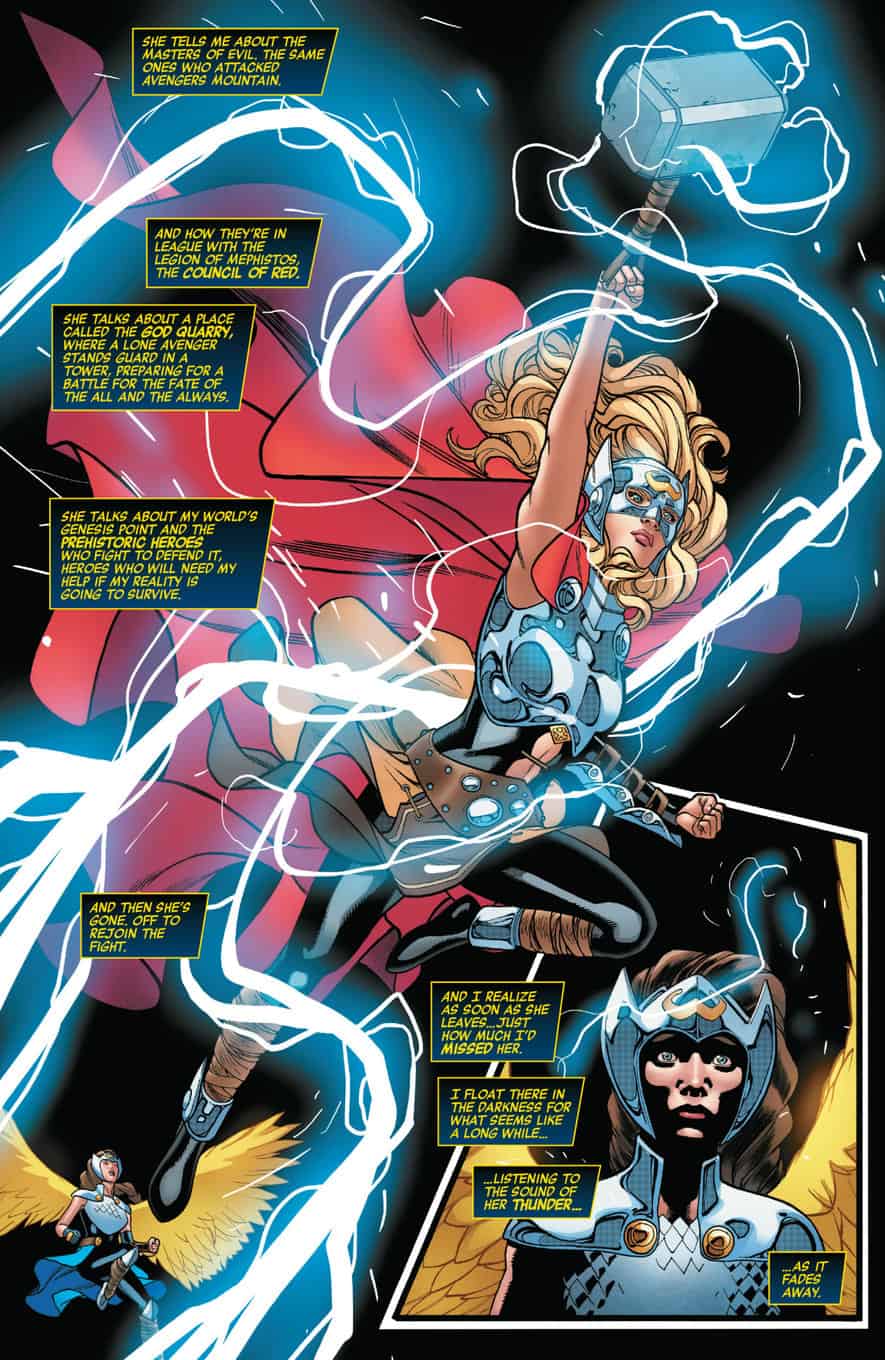 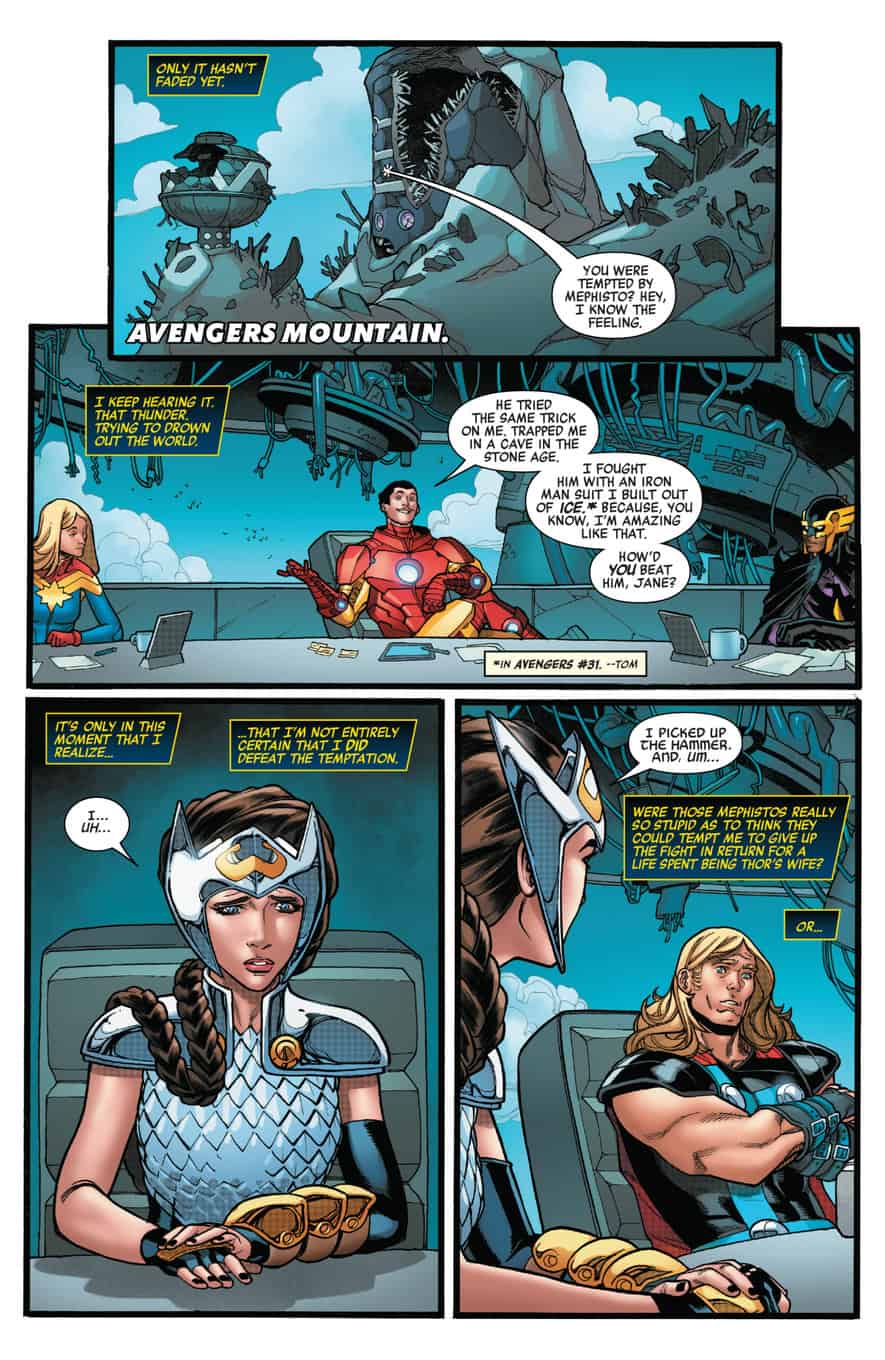 …pining for the power of Mjolnir. 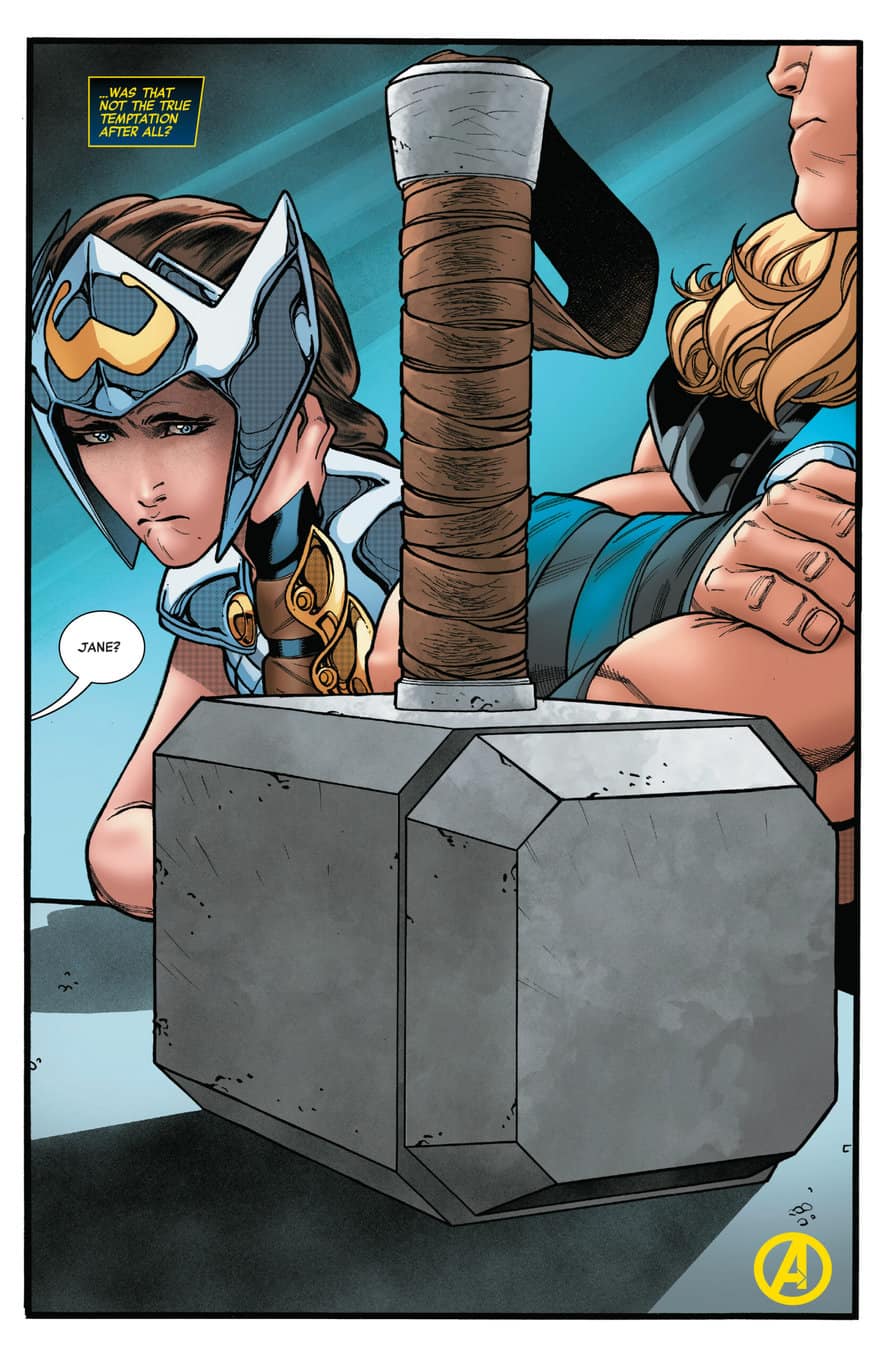 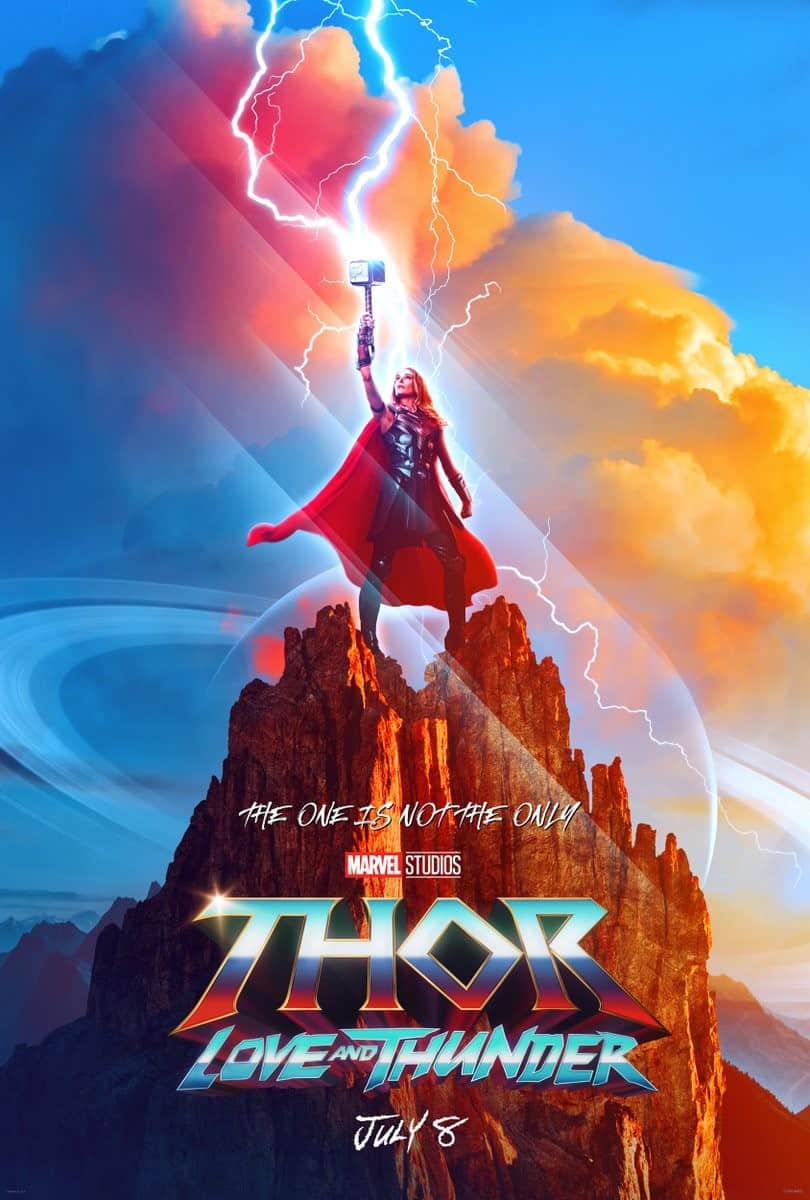 It’s an impressive look and faithful to the comics that preceded it. 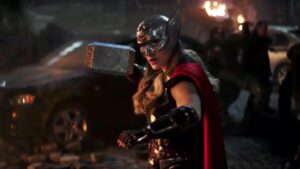 Can an Avengers series and team have Thor and Valkyrie co-exist?

Time will tell how they co-exist in comics and on the silver screen.

A really engaging issue that adds depth to Jane Foster’s character. I didn’t miss the other Avengers and I like I how it tacitly tied into the multiversal arc that this Avengers series and its Avengers Forever companion series appear to be playing the long game with. Solid character characterization, compelling intrigue, loads of action and amazing art. A satisfying and enriching read. 9 out of 10.