Which Side Of The Reckoning War Is Doctor Doom Now On?! 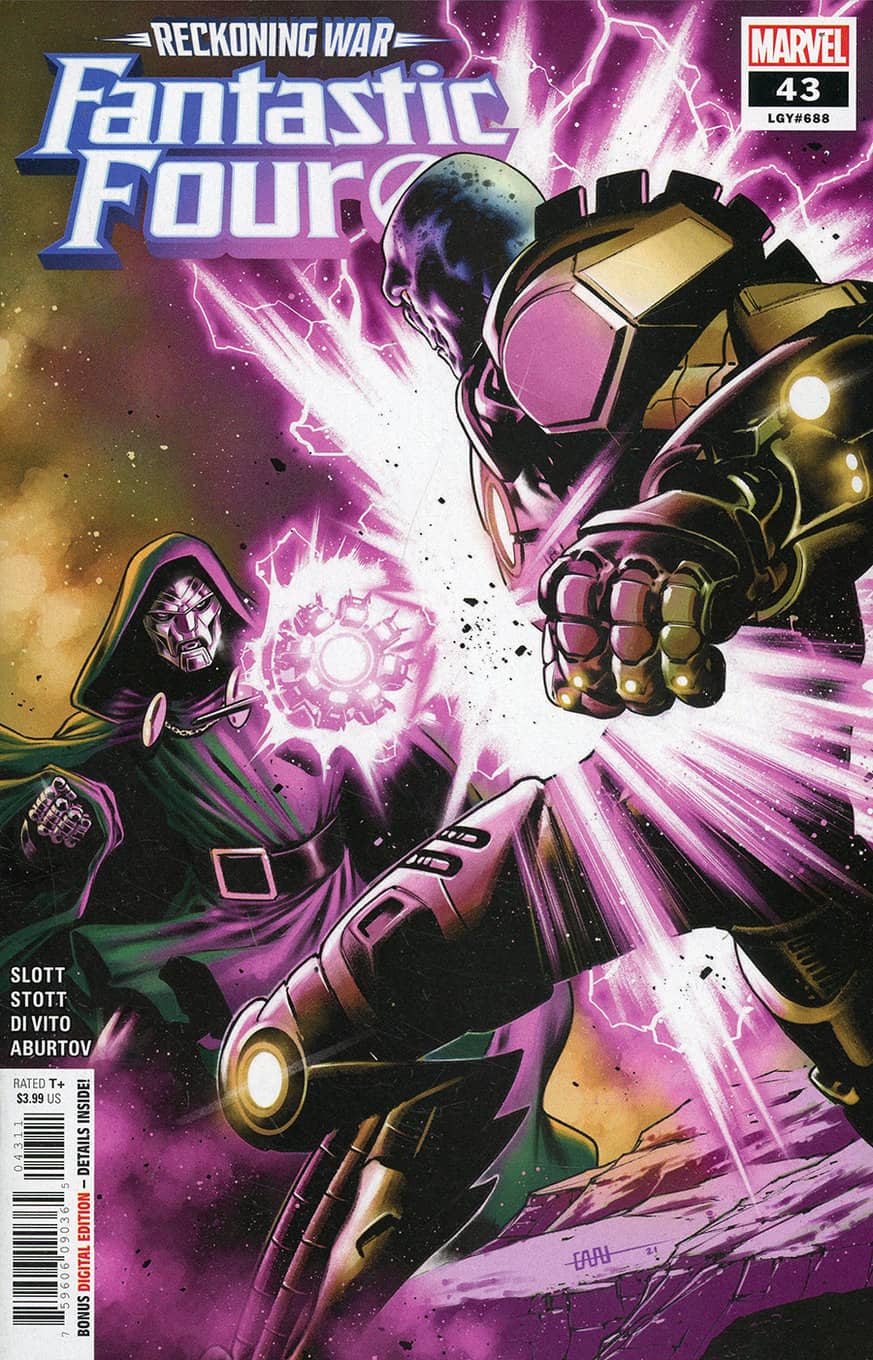 The book has some variant covers below that complement the main cover above. 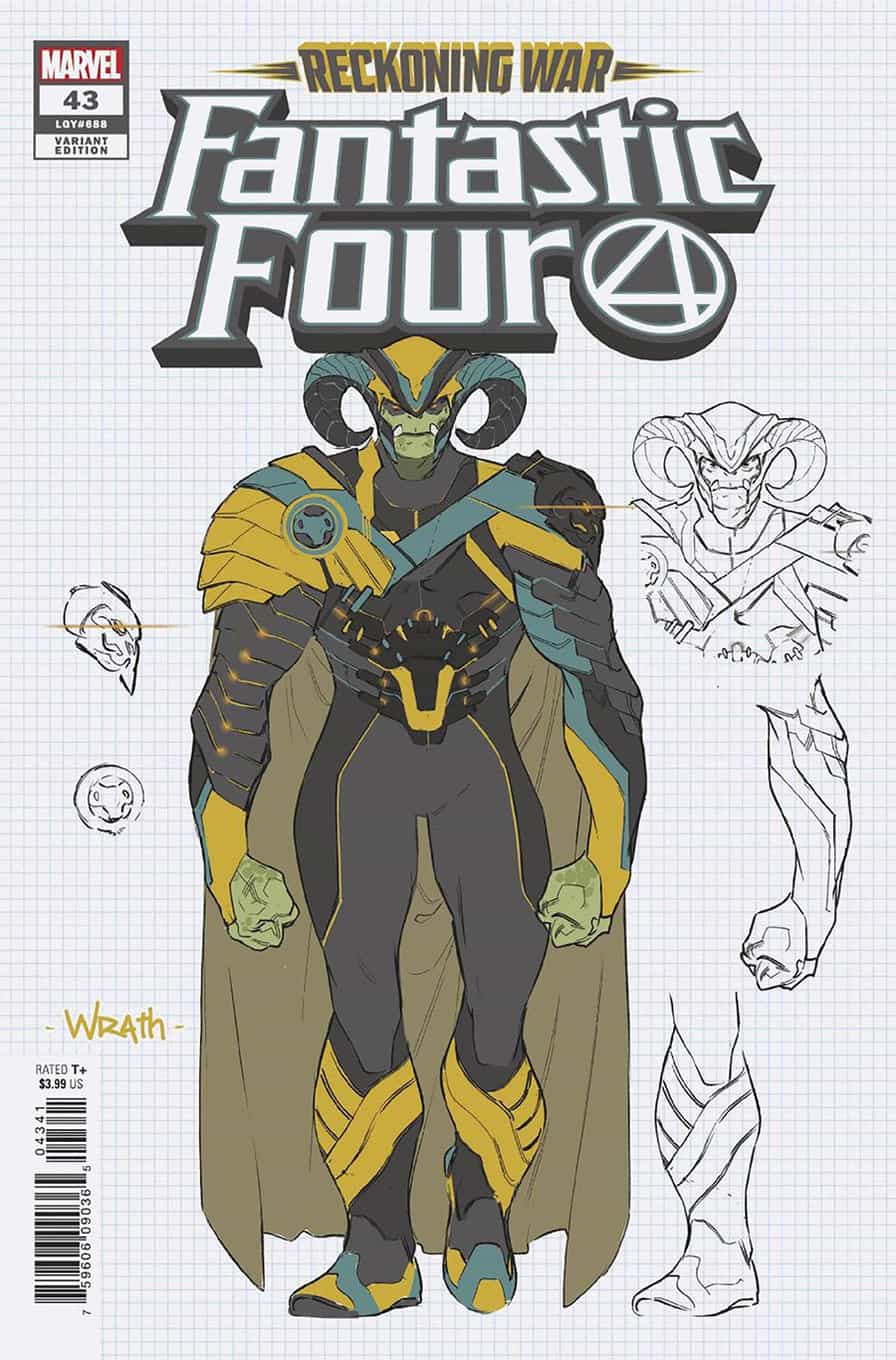 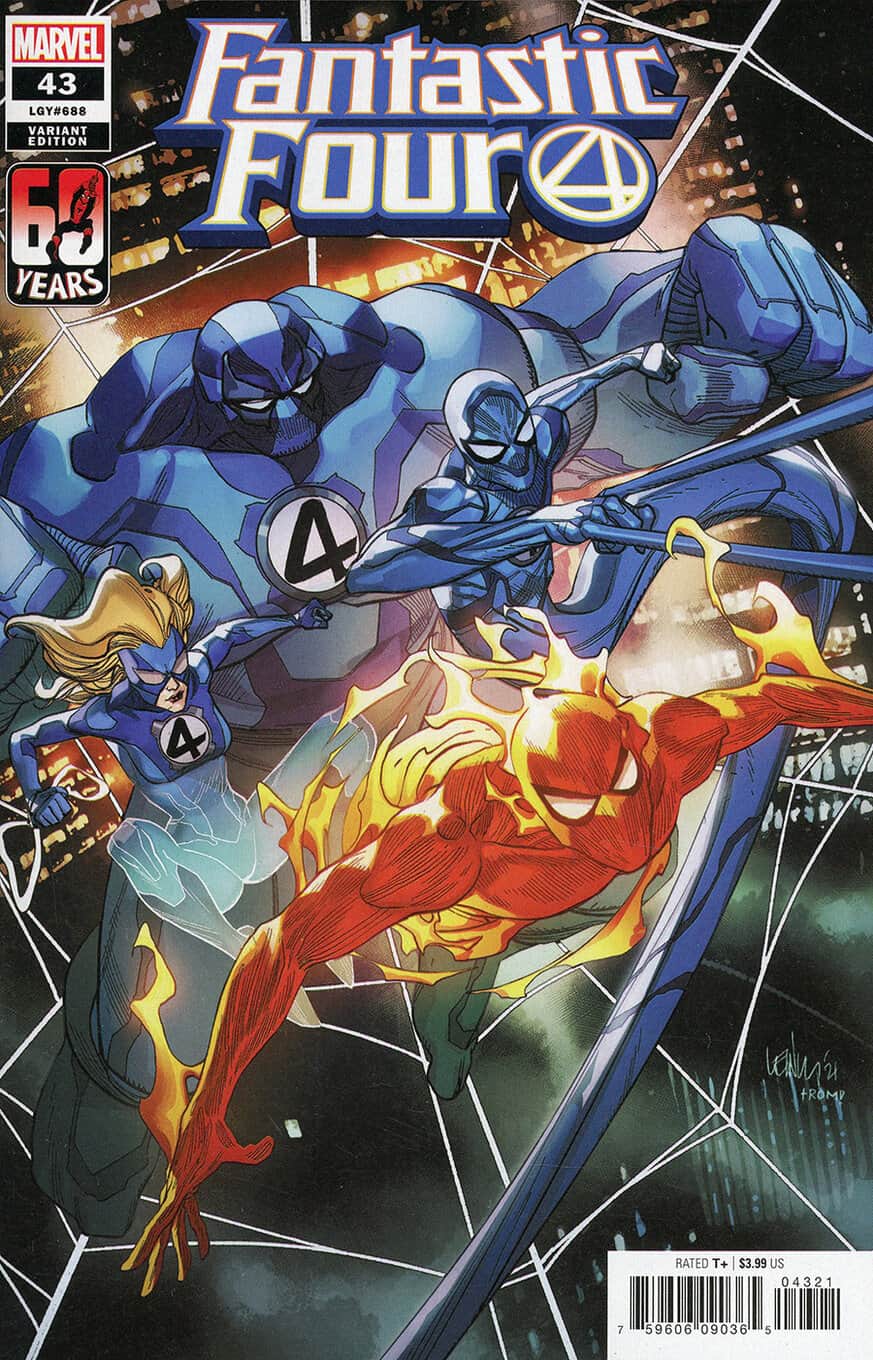 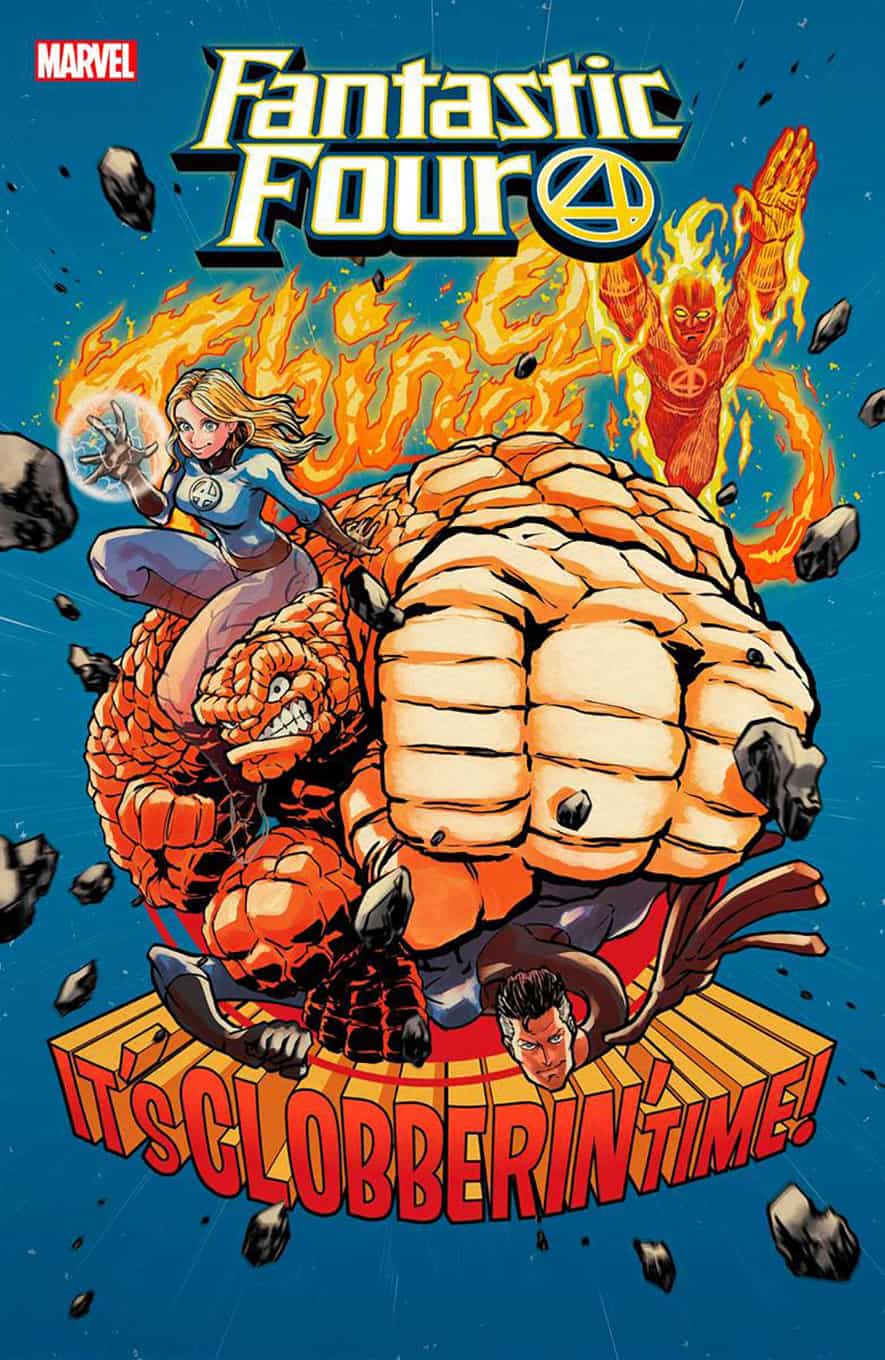 The promise of the issue can be discerned from its solicitation.

The last time the Cormorant appeared, he destroyed the Baxter Building and the Latverian Embassy, completely overpowered the Fantastic Four, and left without anyone laying a hand on him.

Now, for the sake of the universe, Doctor Doom must face him alone. Hail Doom!

Meanwhile, four of Earth’s greatest heroes are trapped in the toxic wastelands of the Barrens…and there is no way for all of them to make it out alive.

Guest-starring: The Silver Surfer, She-Hulk, and an army of Marvel’s most cosmic champions! 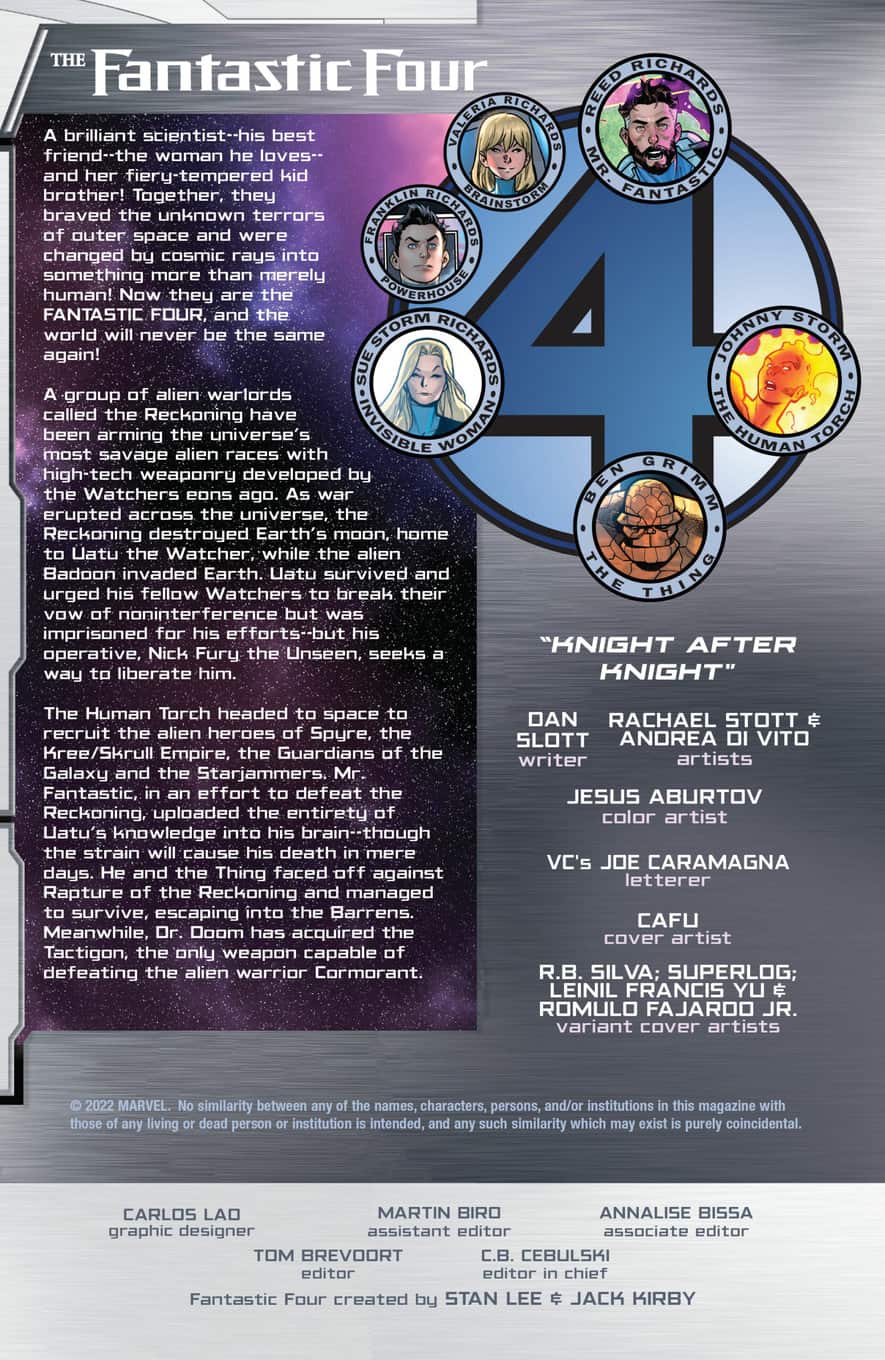 So, a now omnipotent Reed Richards aka Mister Fantastic only has hours to live as the Reckoning War continues and… 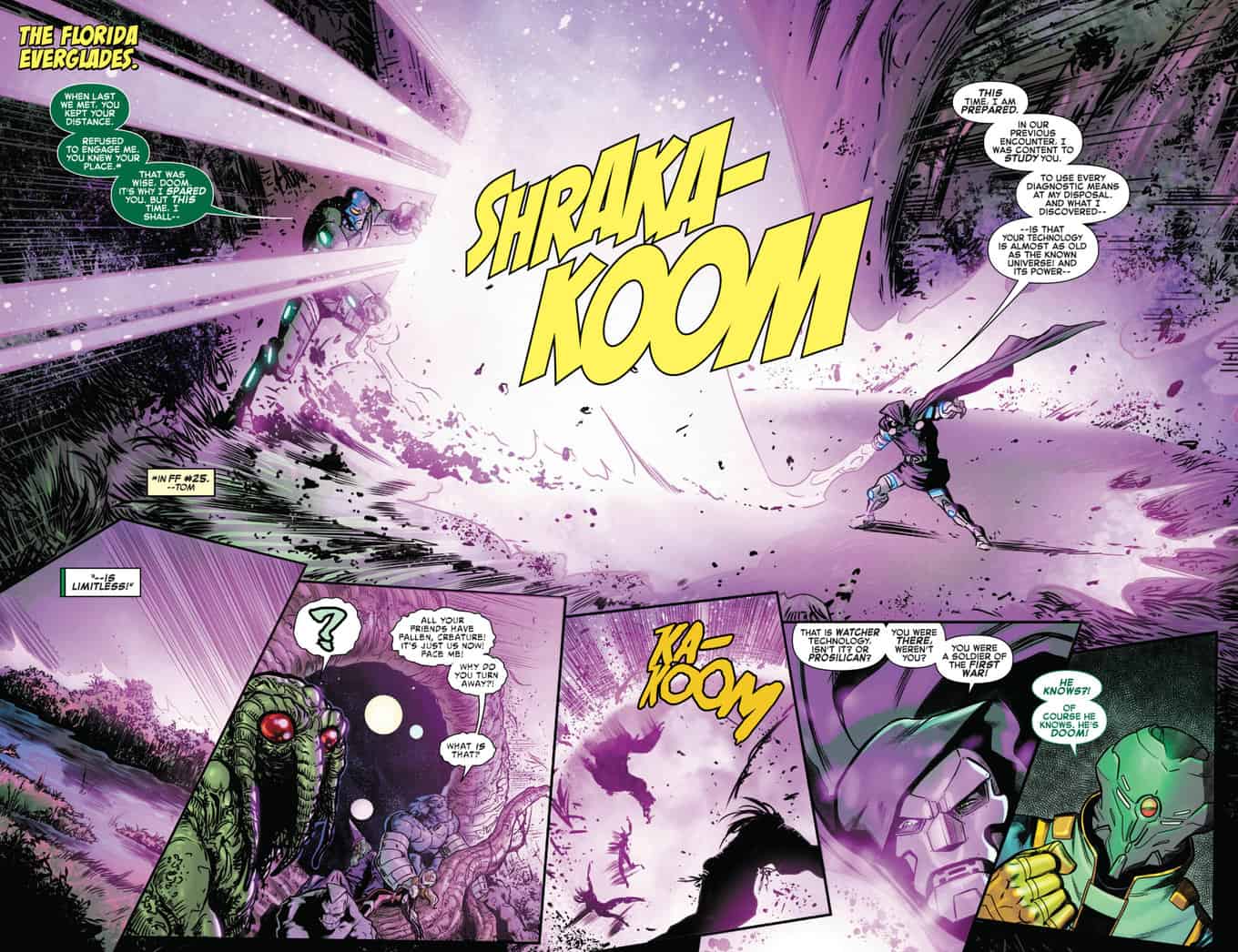 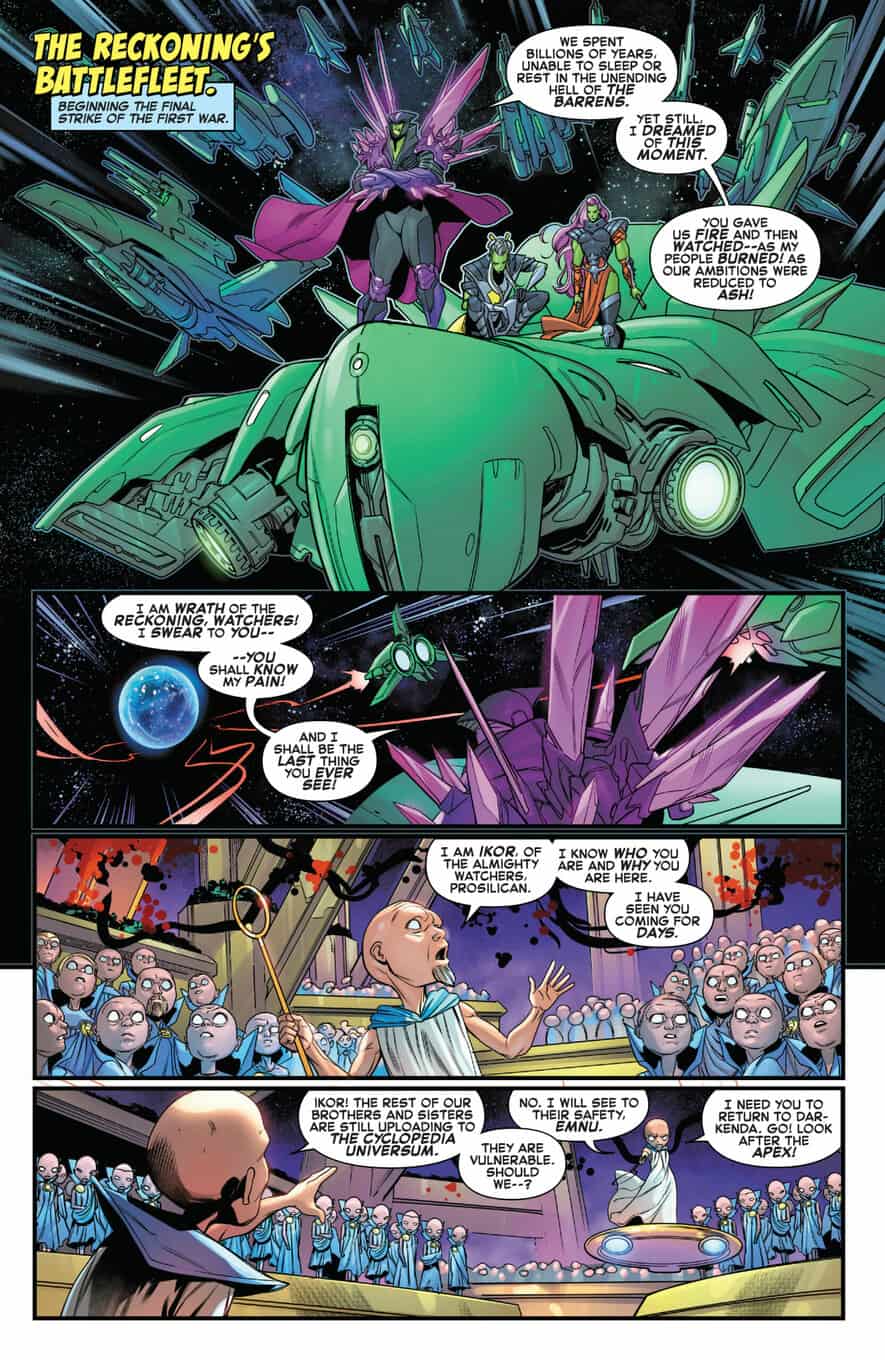 …the Watchers dither on what they have unleashed. 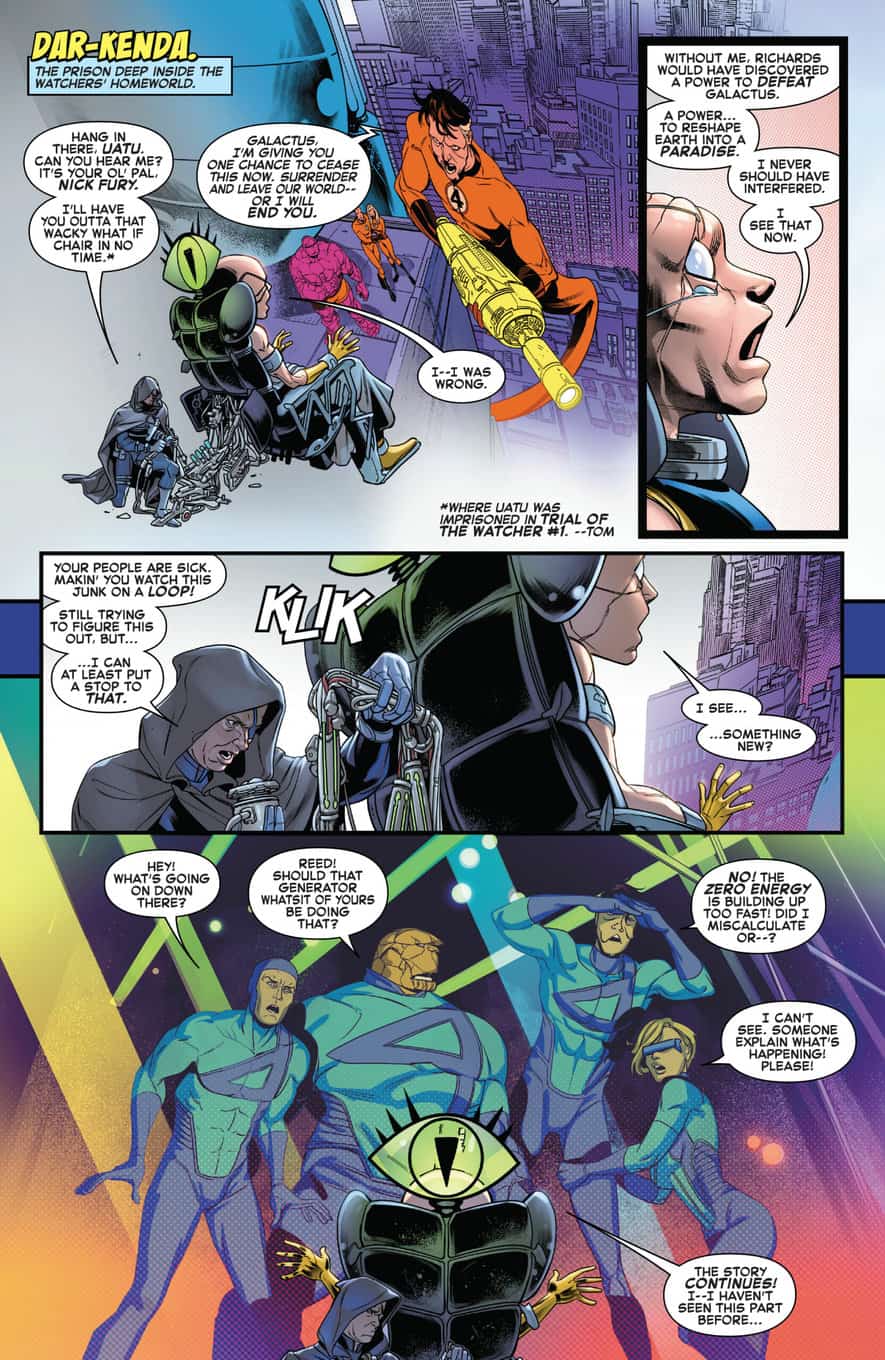 Uatu, the rogue Watcher, is still being punished by his people as… 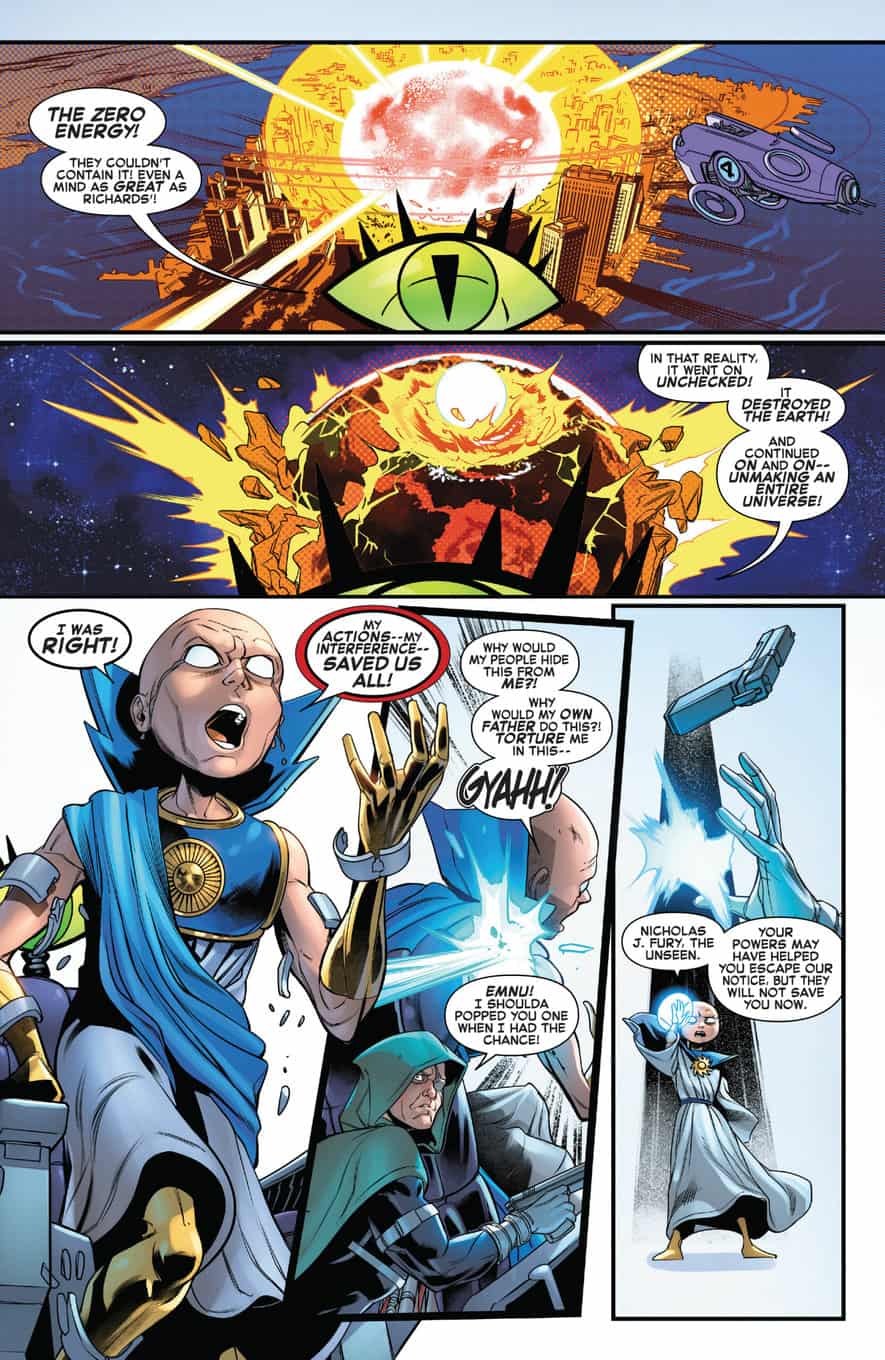 …the Unseen aka Nick Fury Sr. tries to free him, another Watcher Emnu attempts to stop him and… 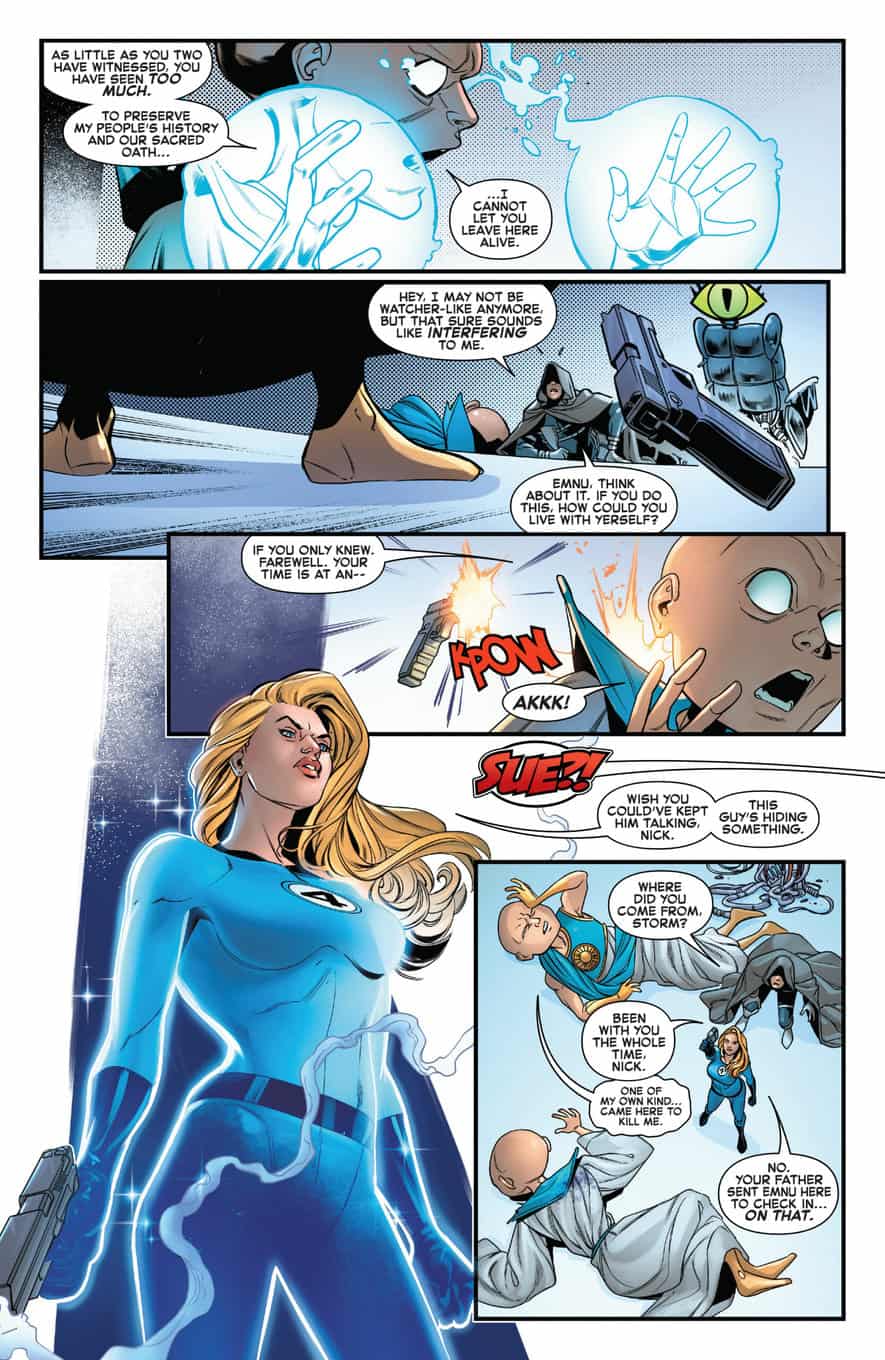 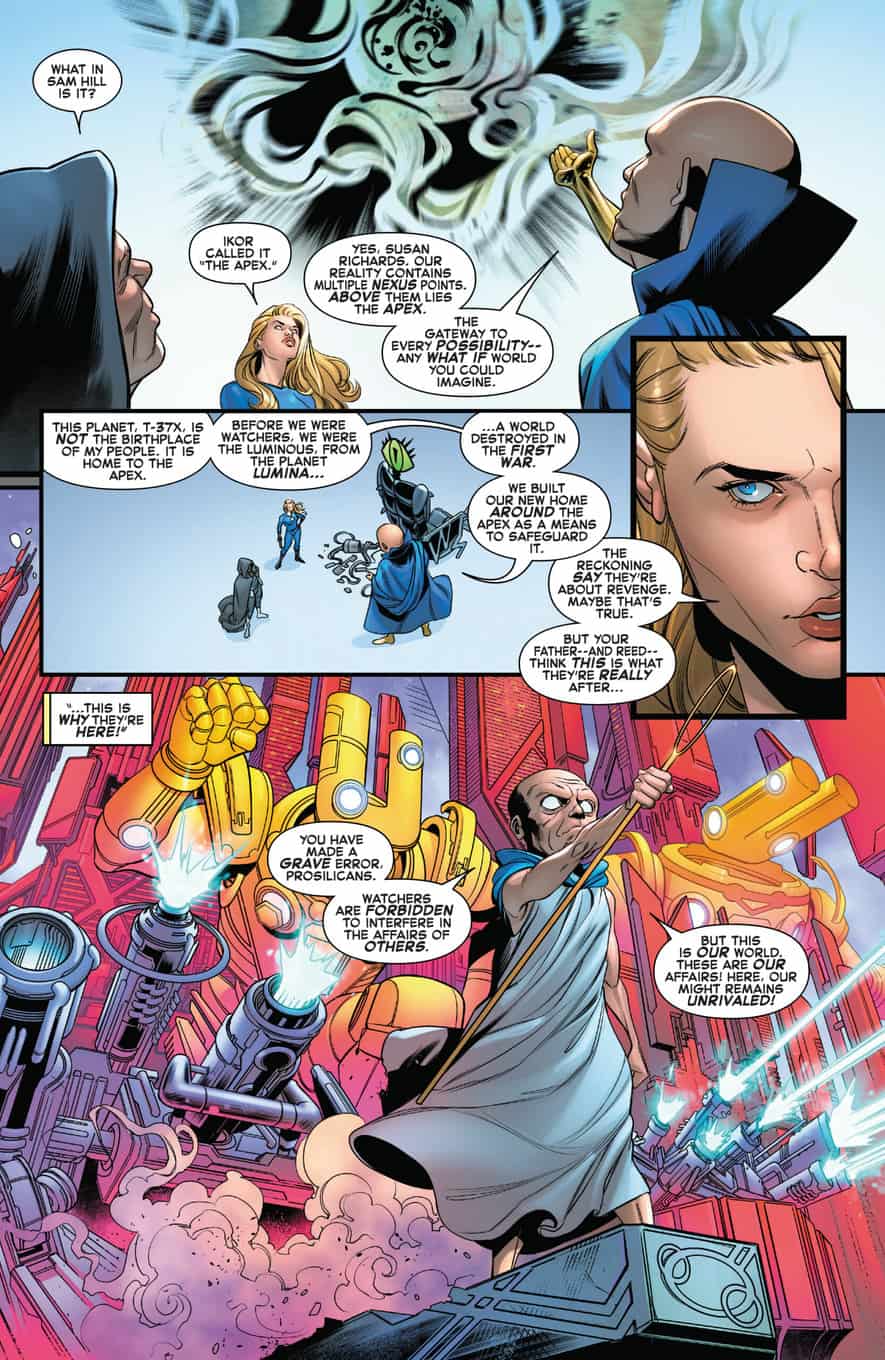 The Apex between multiversal worlds would allow travel anywhere and plays into the next phase of the Reckoning War. 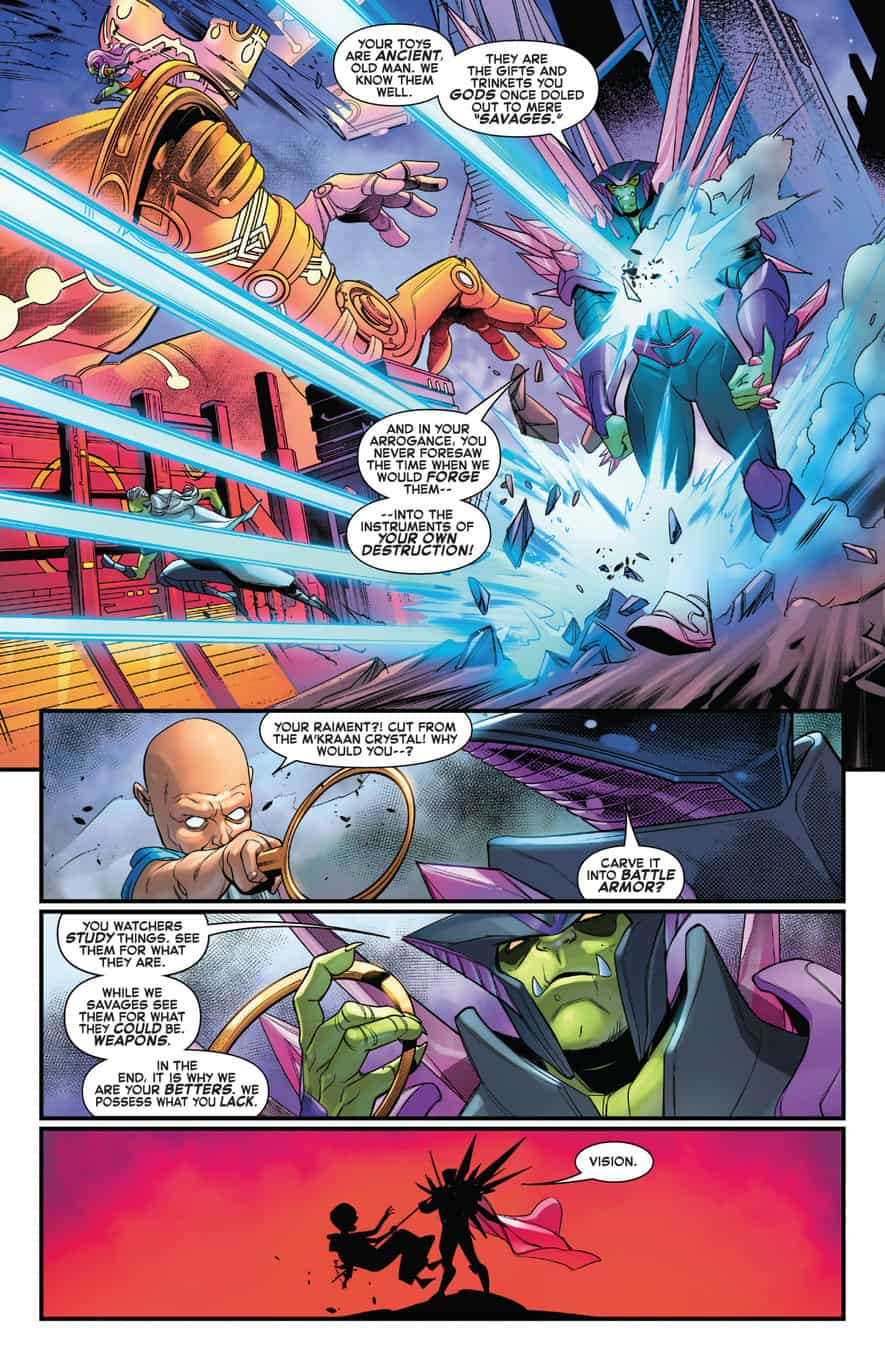 The cosmic heroes of Marvel band together to take the fight to the aggressors aka the Reckoning to turn the tide in the Reckoning War. 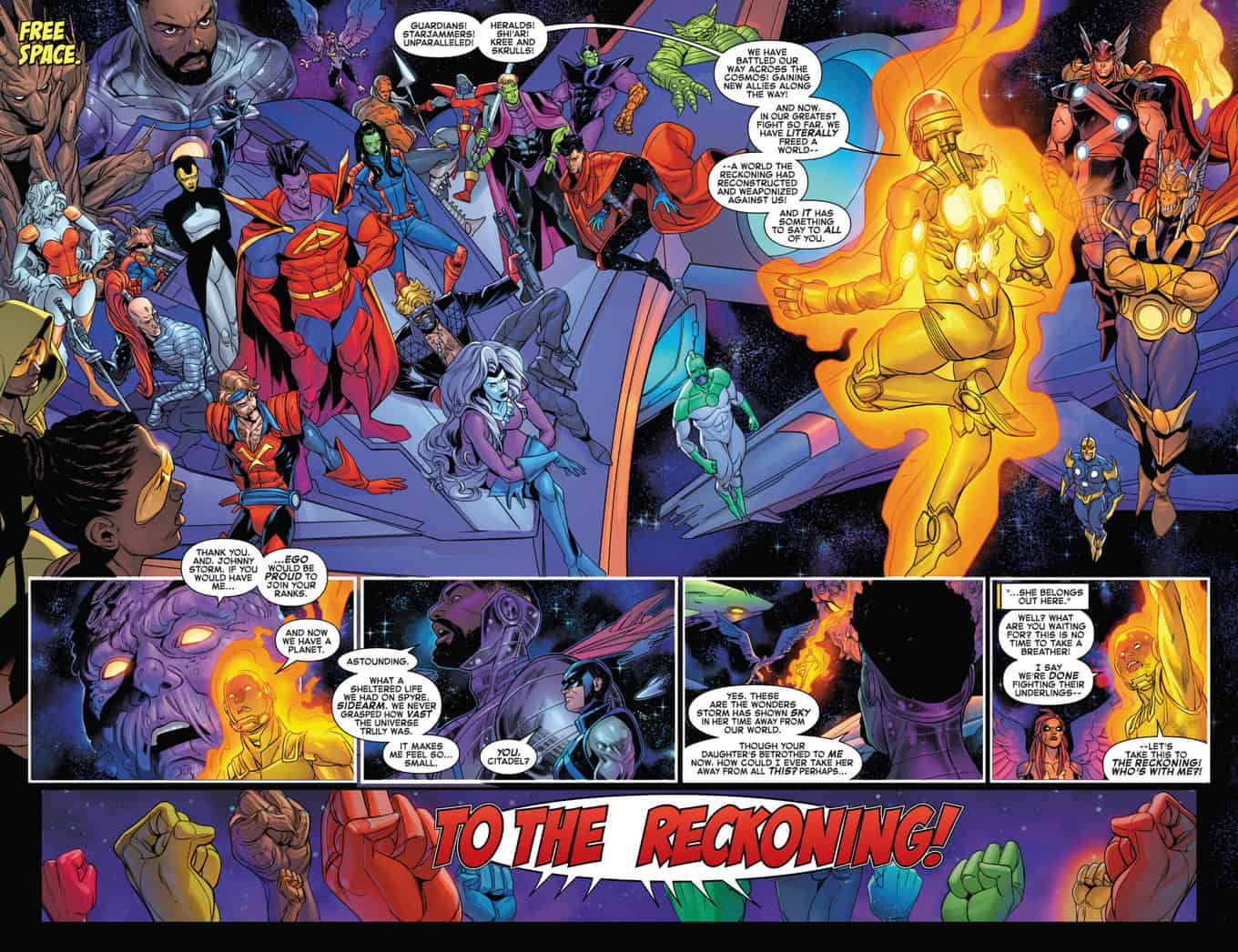 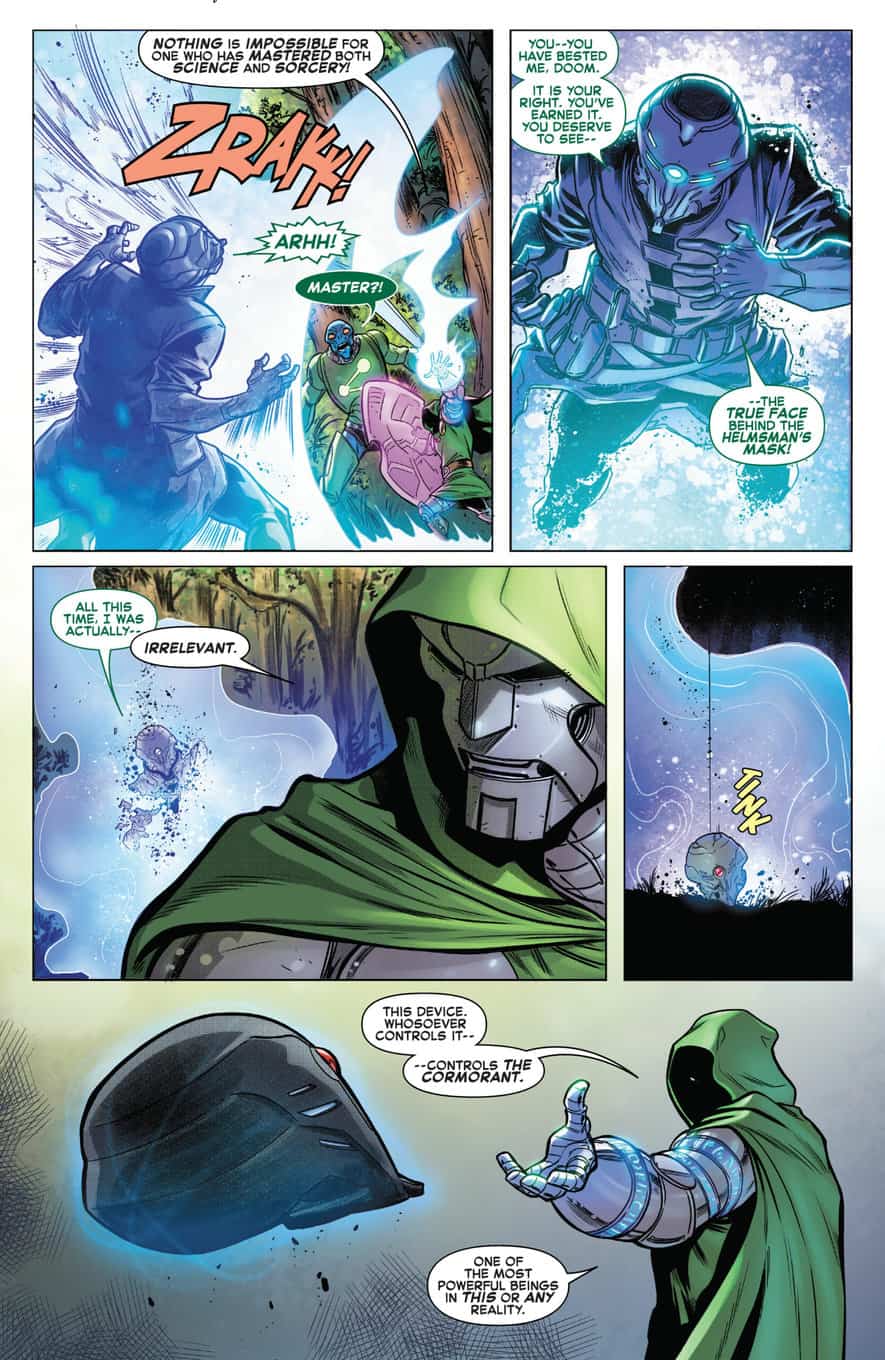 …makes a Fantastic Four enemy an ally, but to what end? 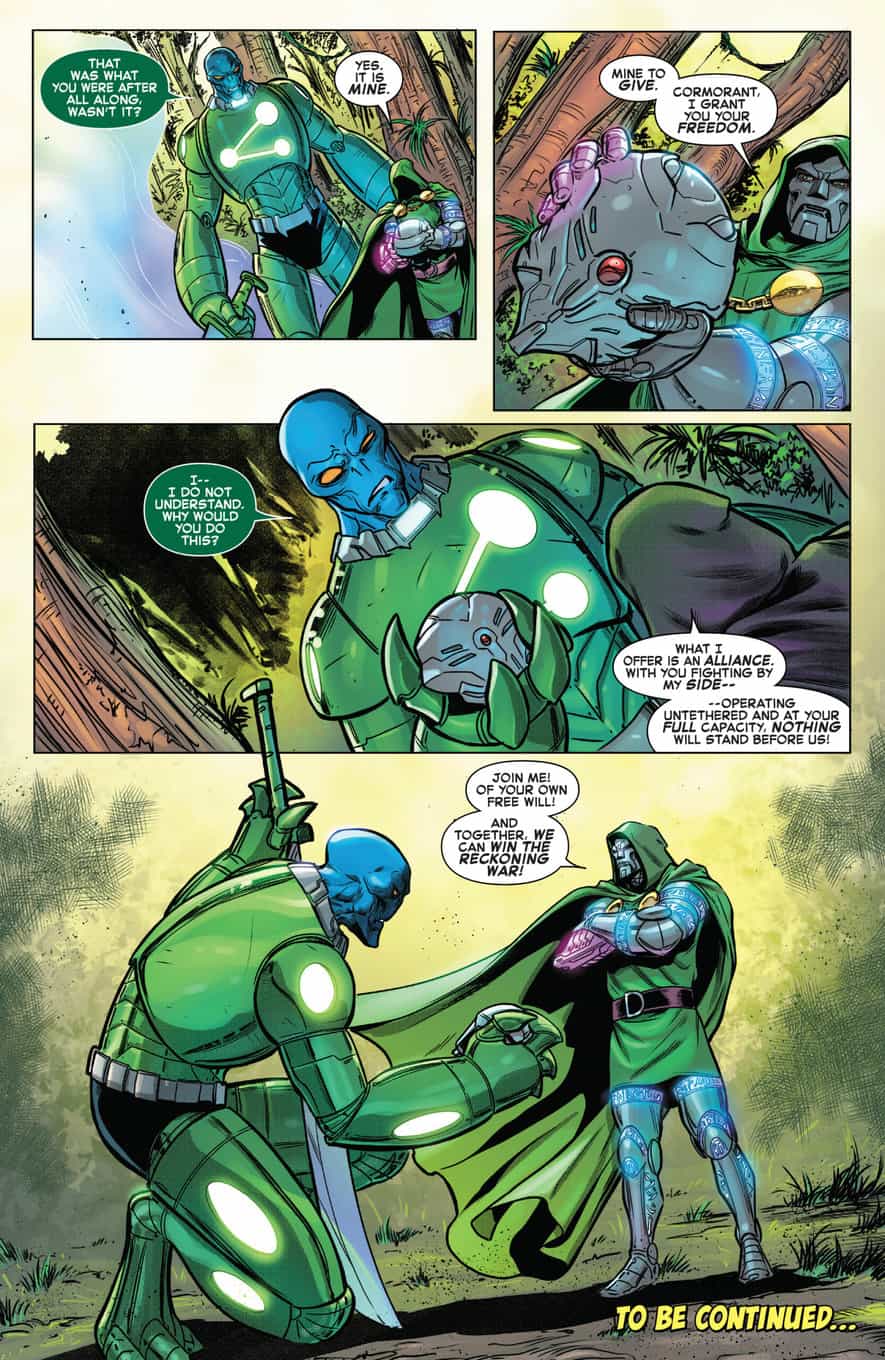 A frenetic issue plot-wise, but with cool cameos. Not a lot of Fantastic Four in this issue, which I didn’t mind, but I could have gone for more Doctor Doom. Still intrigued by where this all may be heading. 7 out of 10.