What Is Madelyne Pryor Up To Before Her Team-Up With Chasm For Dark Web (full spoilers here)? 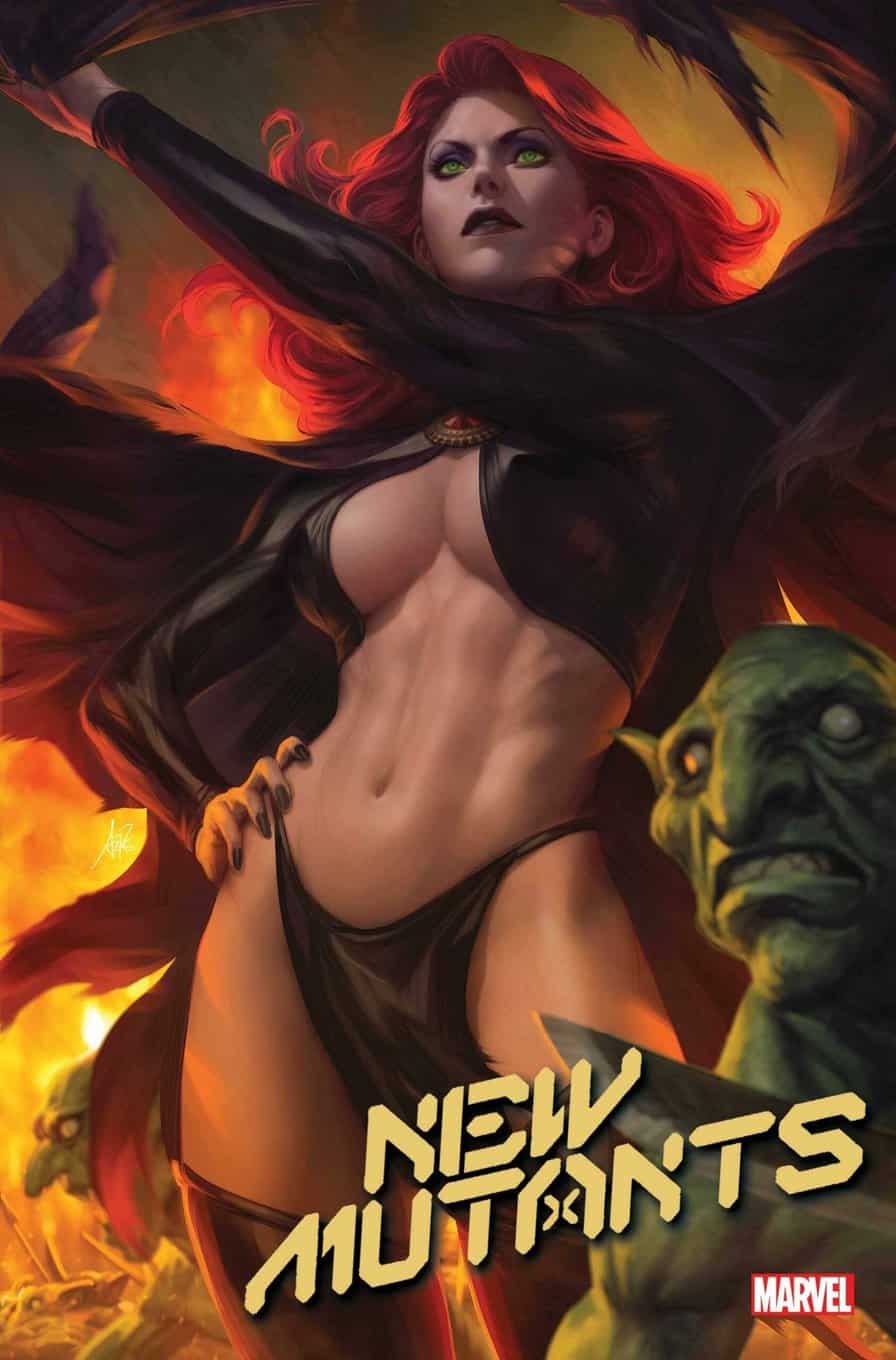 The issue has a few more variant covers in addition to the above variant. 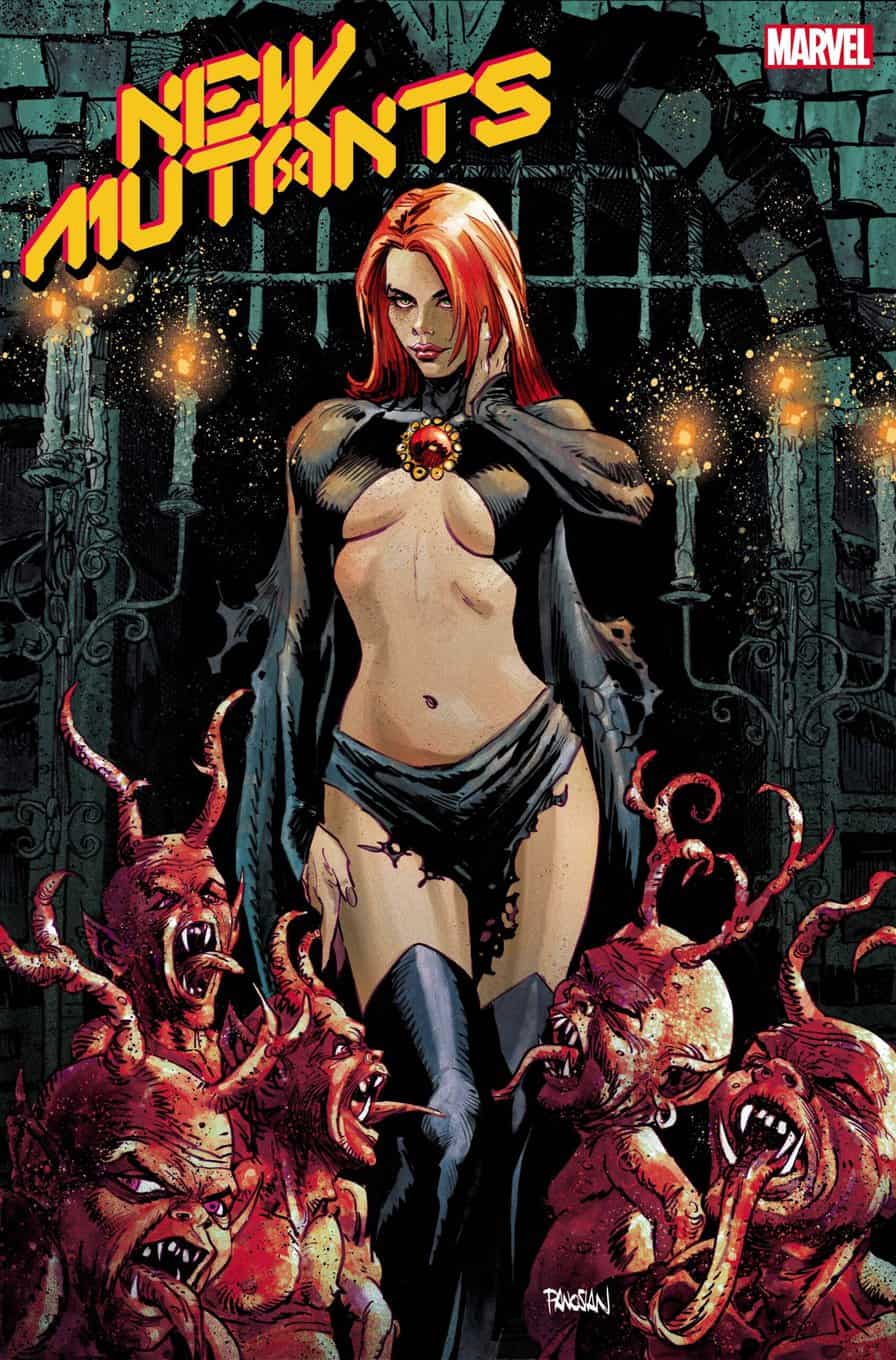 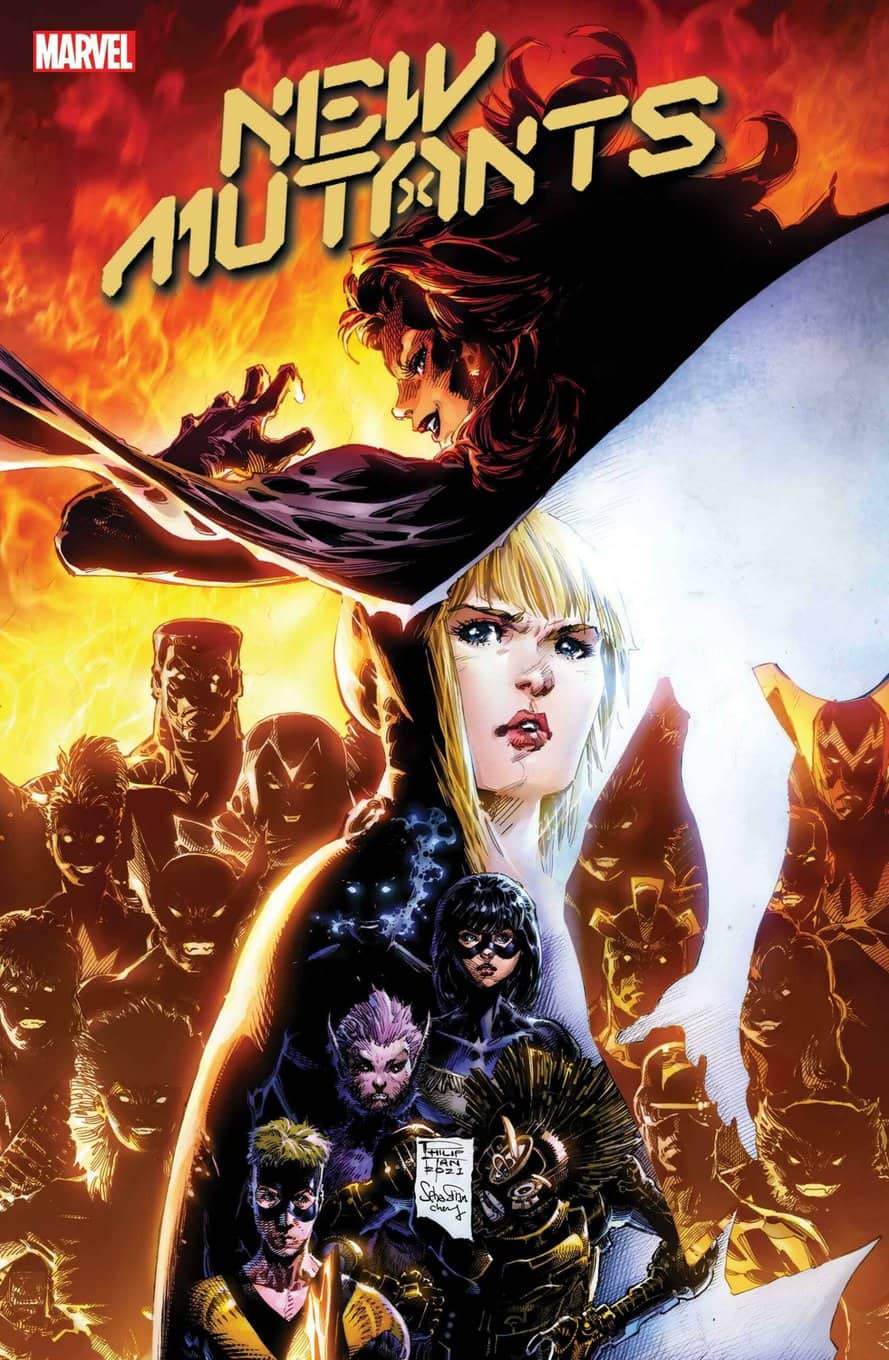 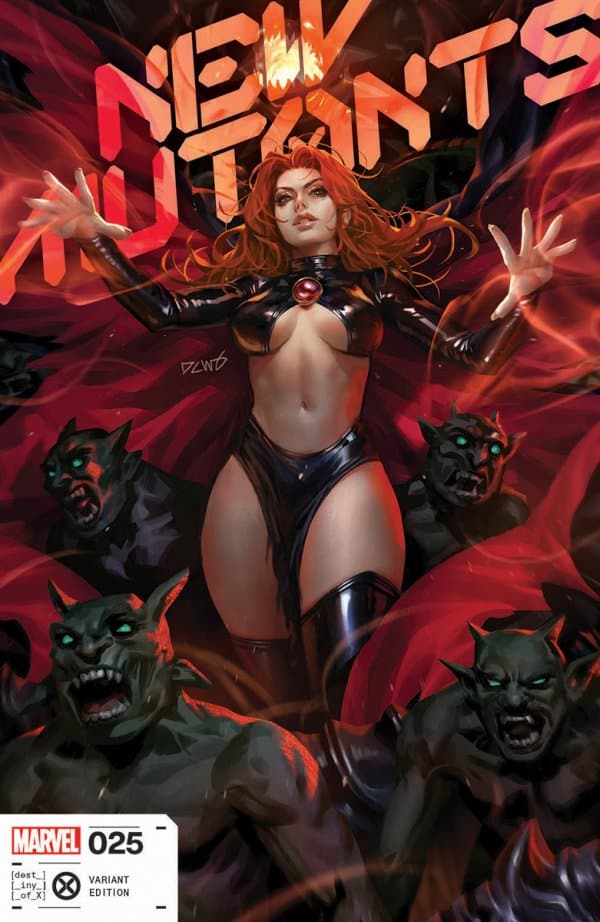 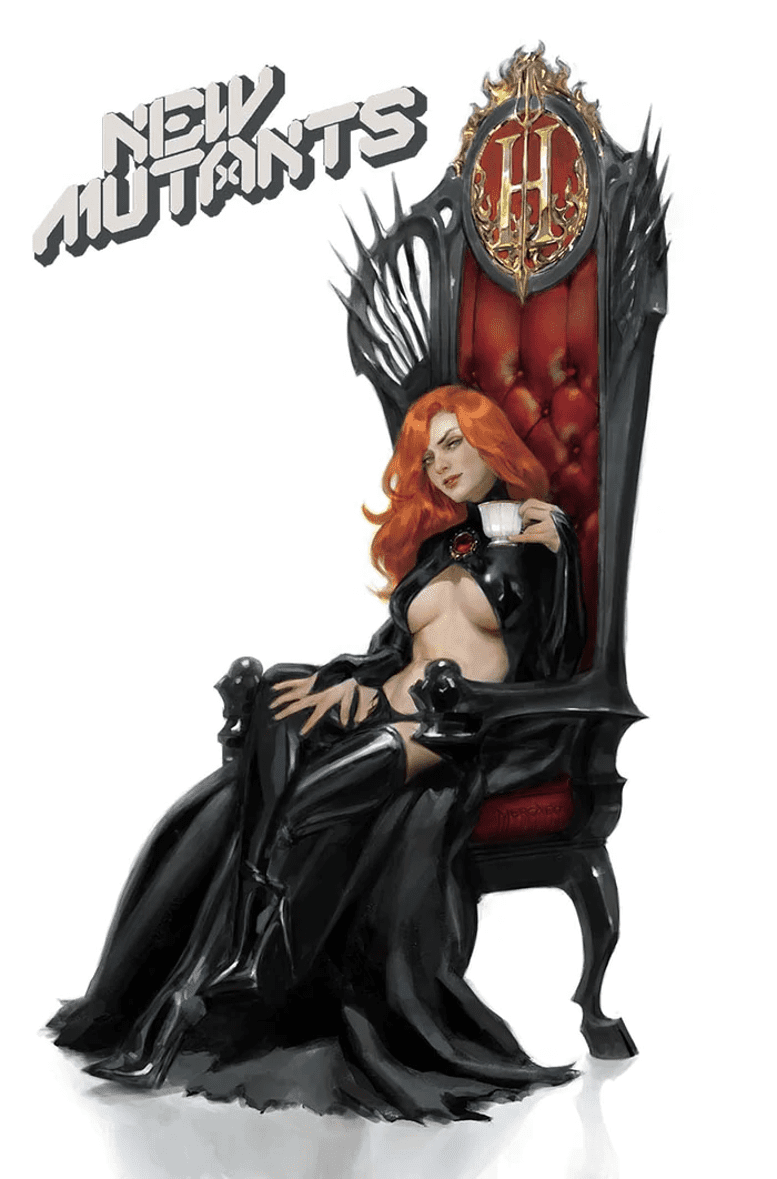 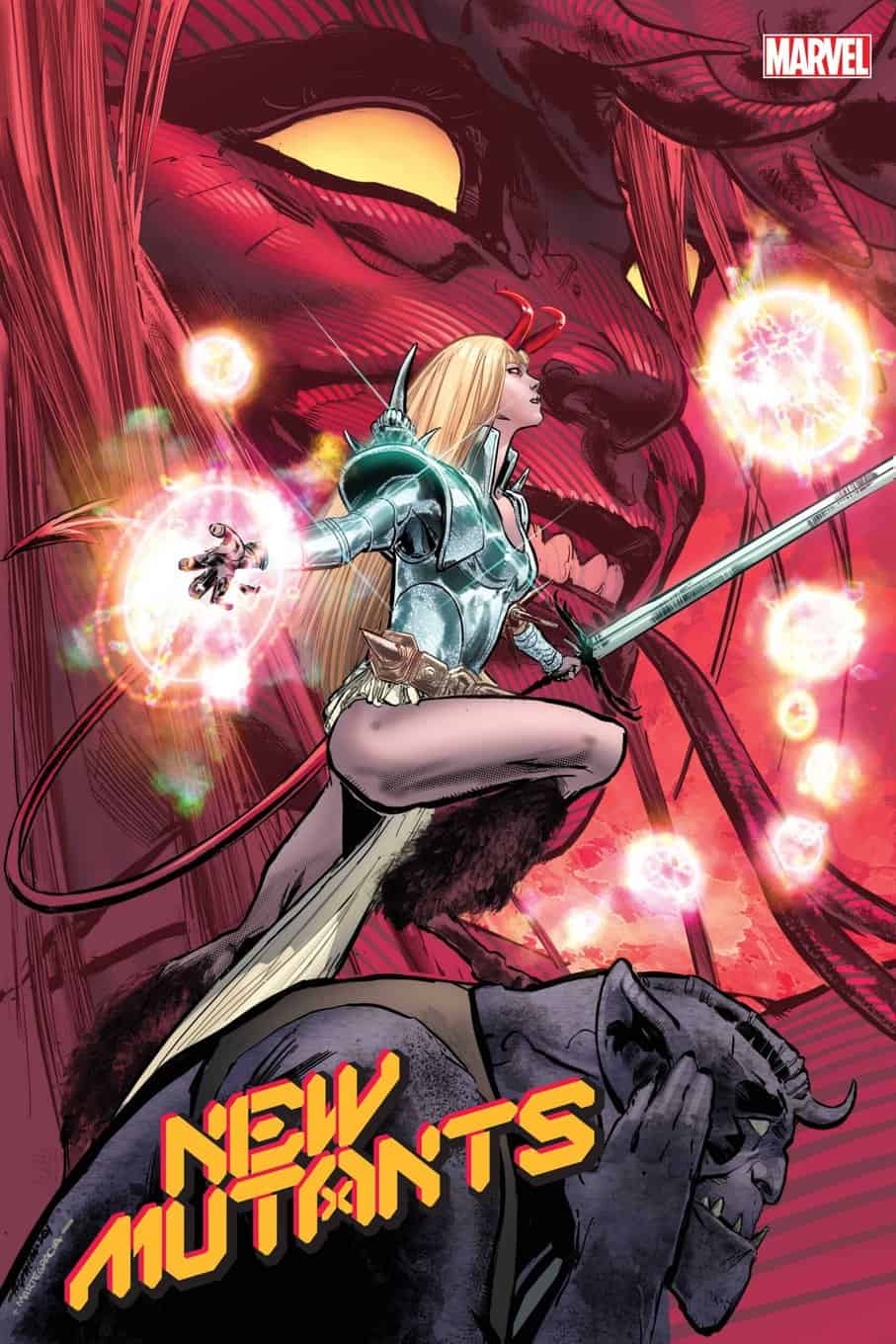 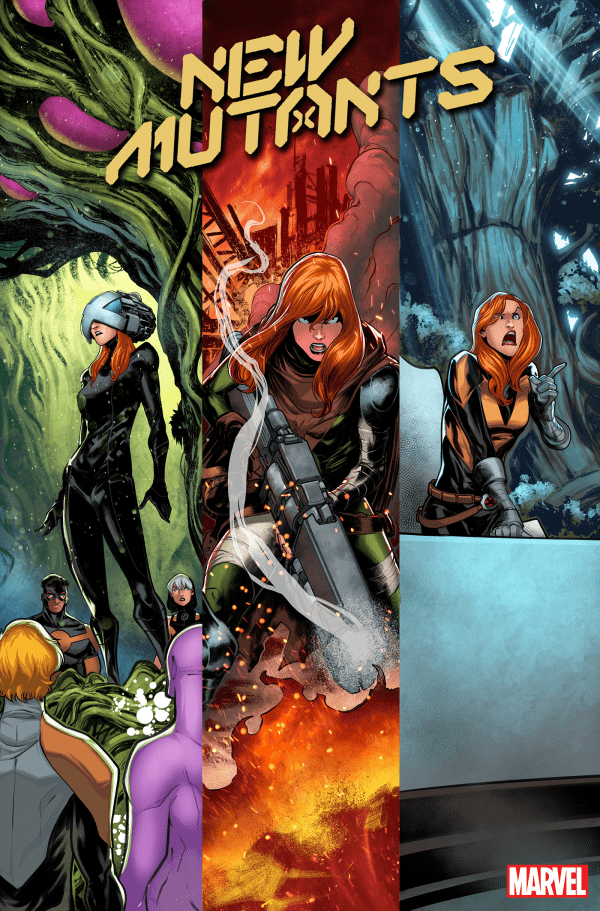 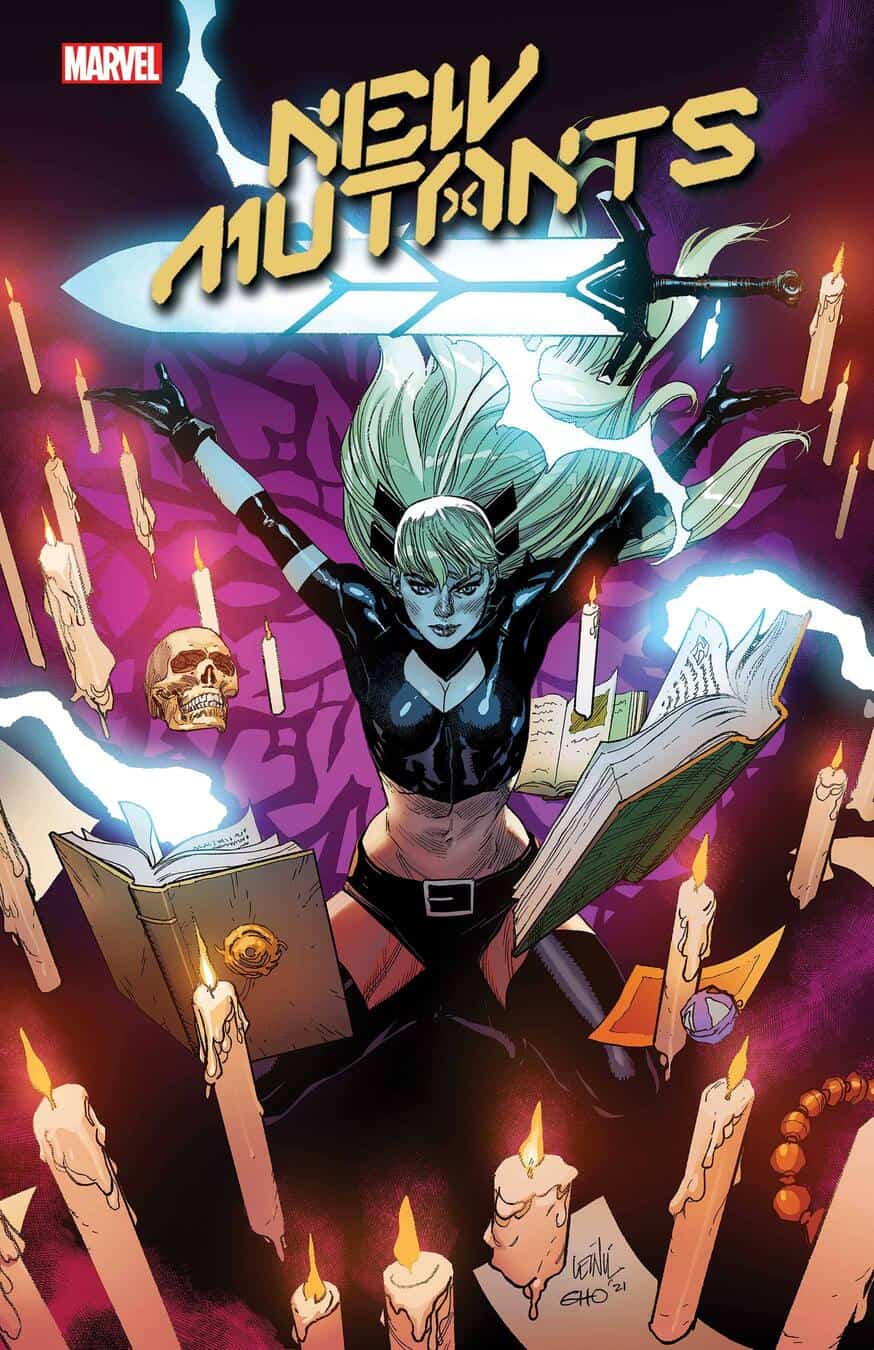 The promise of the issue can be derived from its solicit.

THE LABORS OF MAGIK START HERE!

The big two-five is here — and it’s the perfect jumping-on point for fans new and old! Illyana Rasputina is the Sorcerer Supreme and the rightful queen of Limbo…but she’s been awfully busy on Krakoa. Someone’s got their eye on the throne — and Magik isn’t the only queen in mutantdom. Vita Ayala and Rod Reis rekindle an old flame for a whole new generation of Magik lovers! 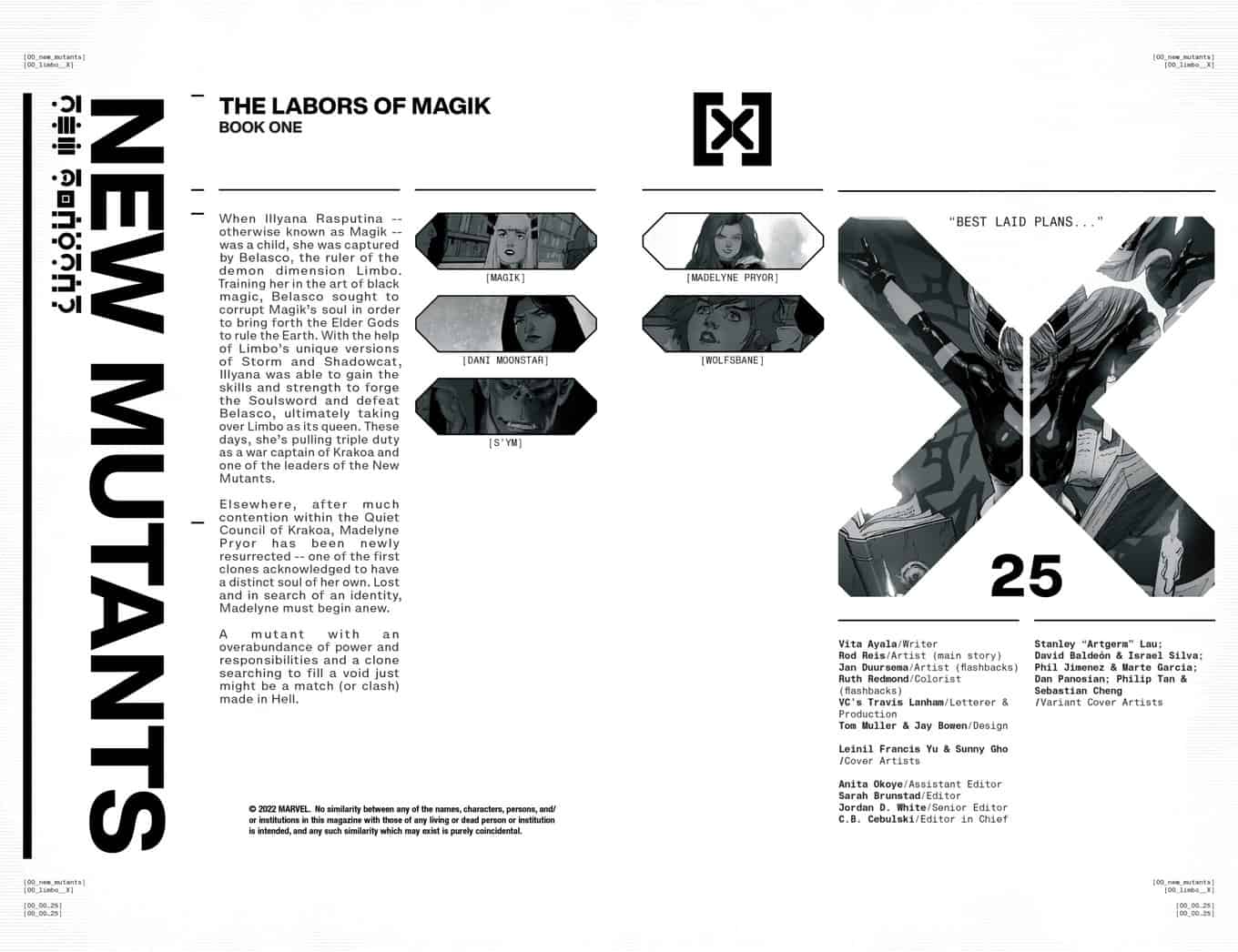 Here are the 12 pages of present-day adventures that features Madelyne Pryor the Goblin Queen in the anniversary issue of New Mutants. 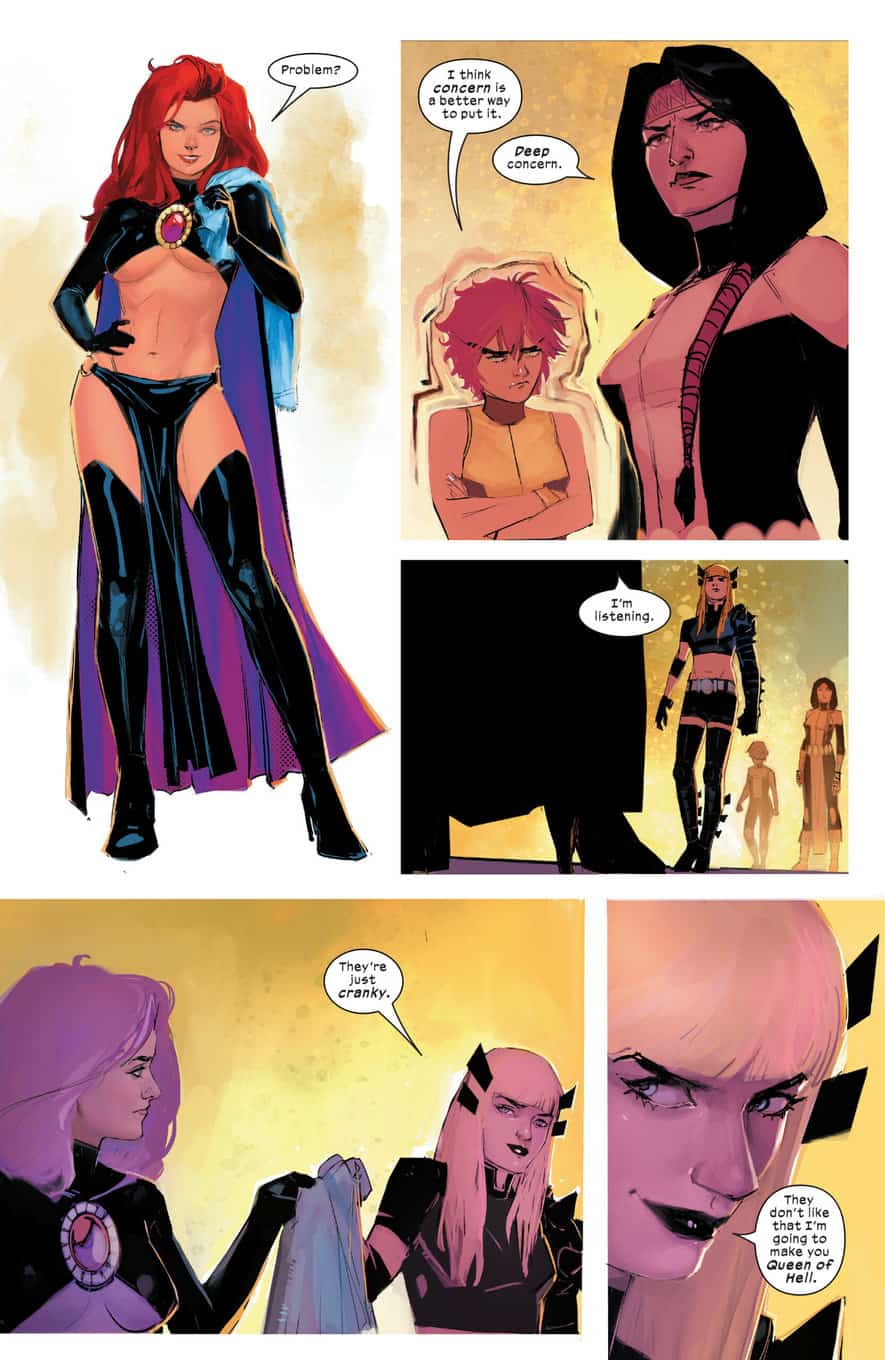 Madelyne Pryor appears to be ally of the New Mutants… 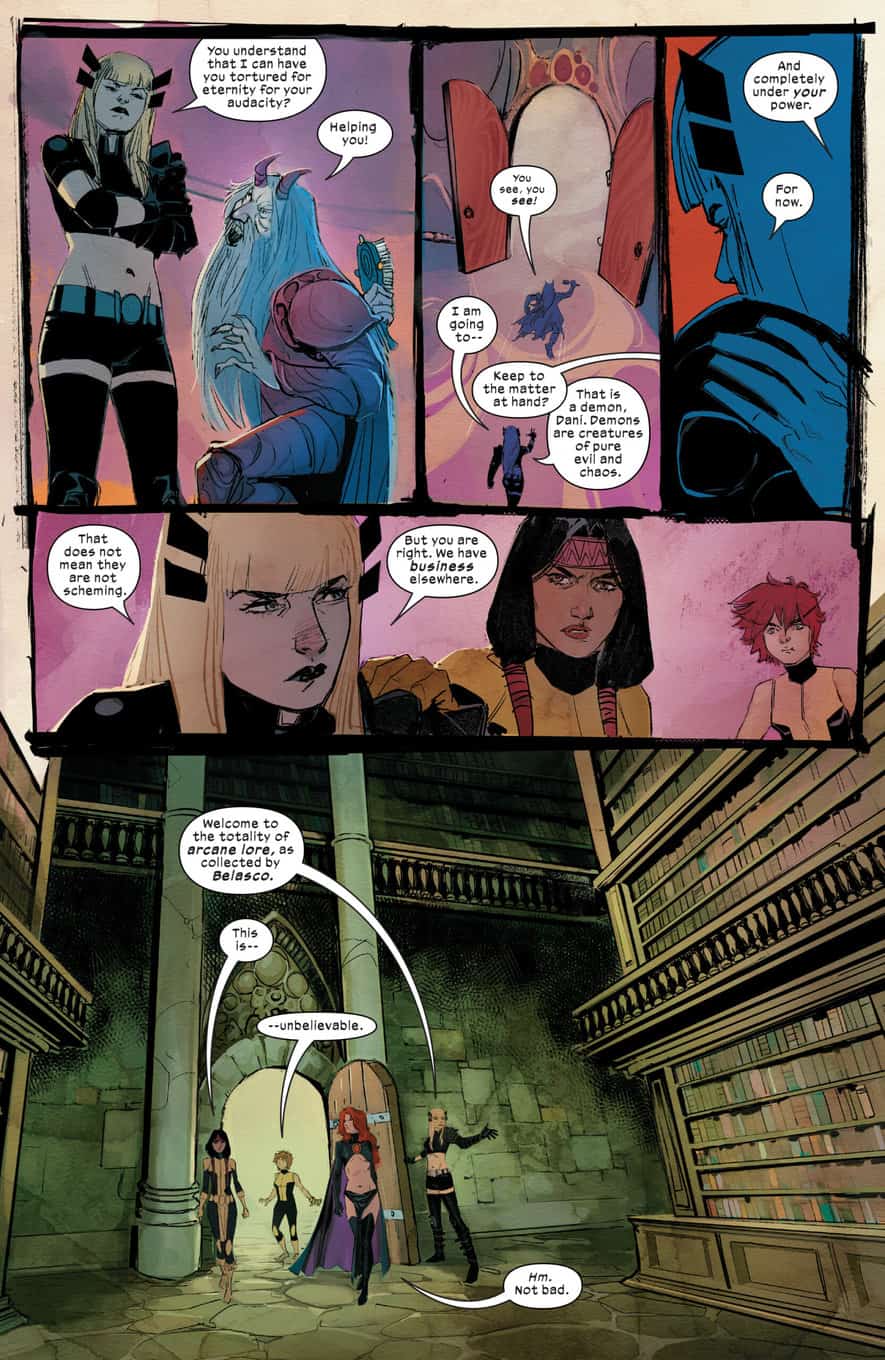 …if not a teammate… 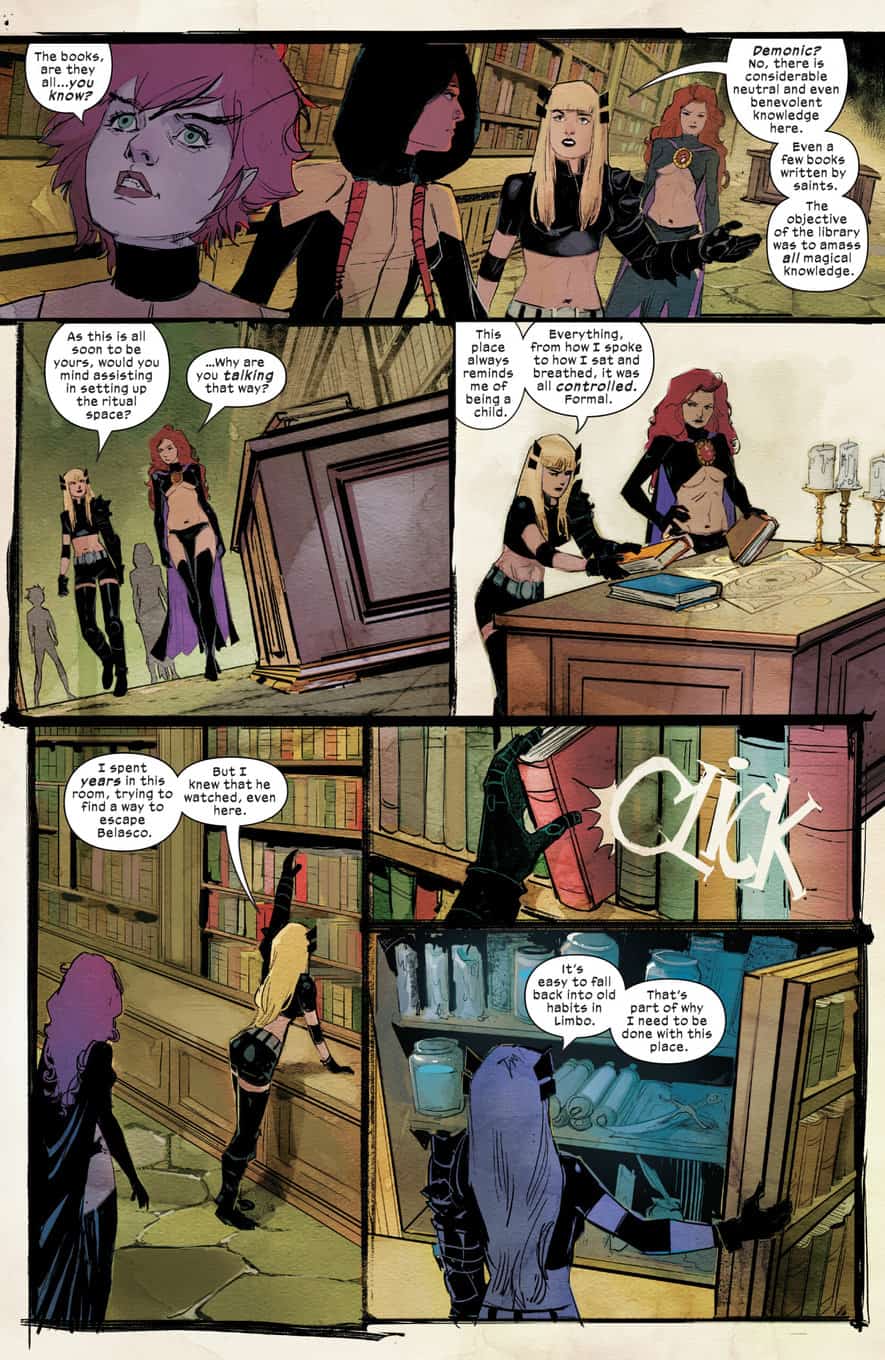 …who plans to help Magick… 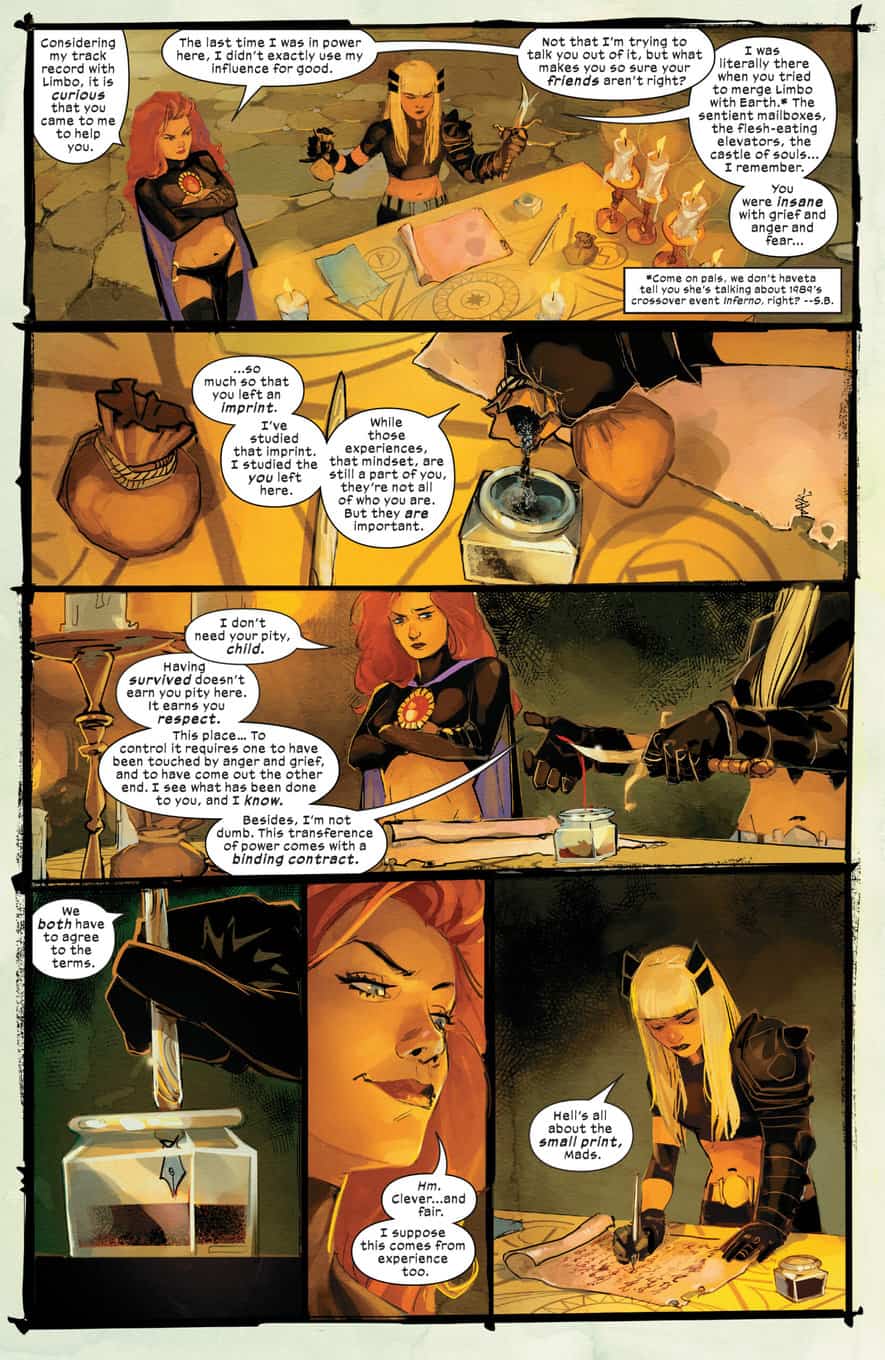 …get untethered from Limbo. 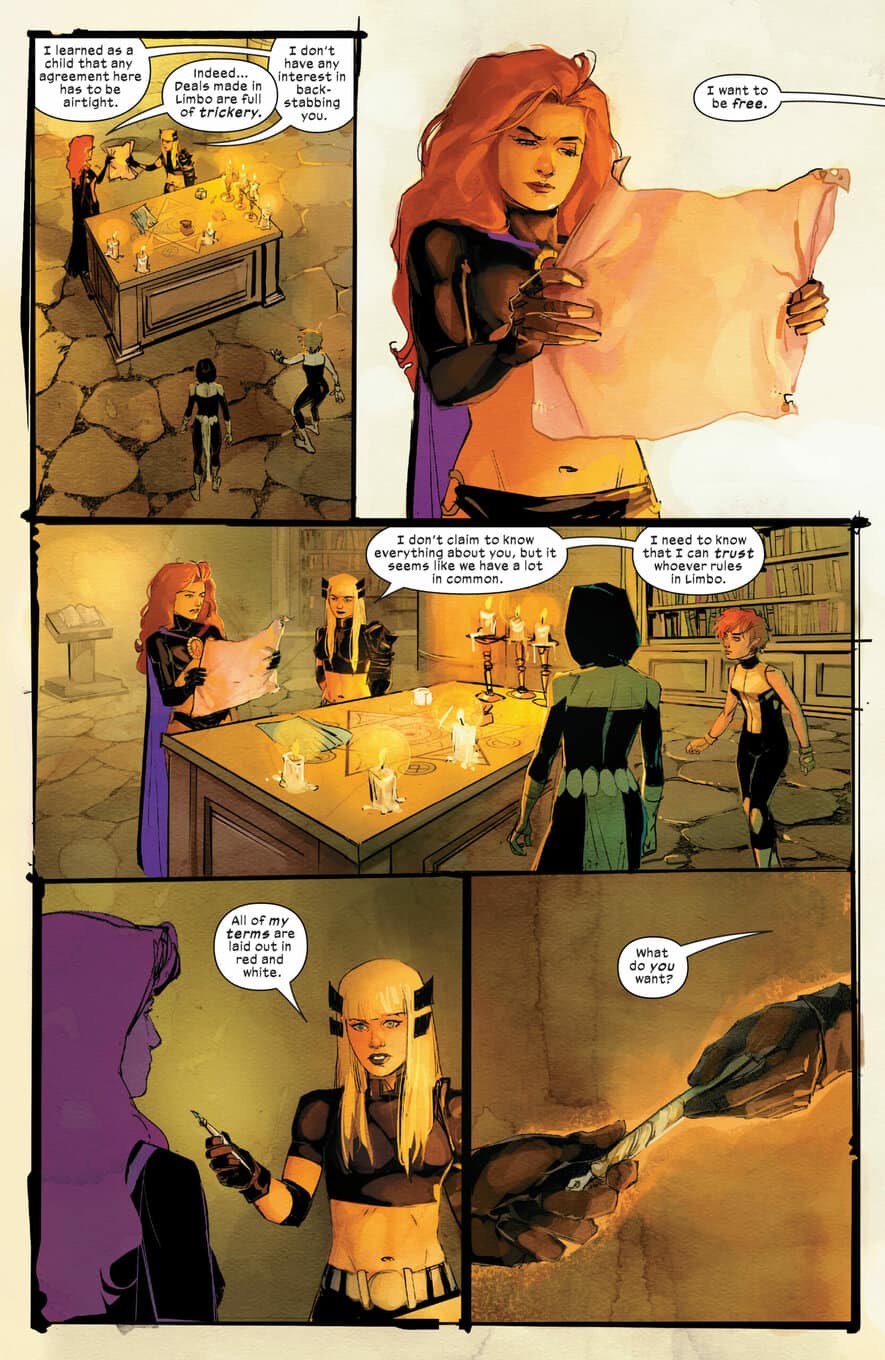 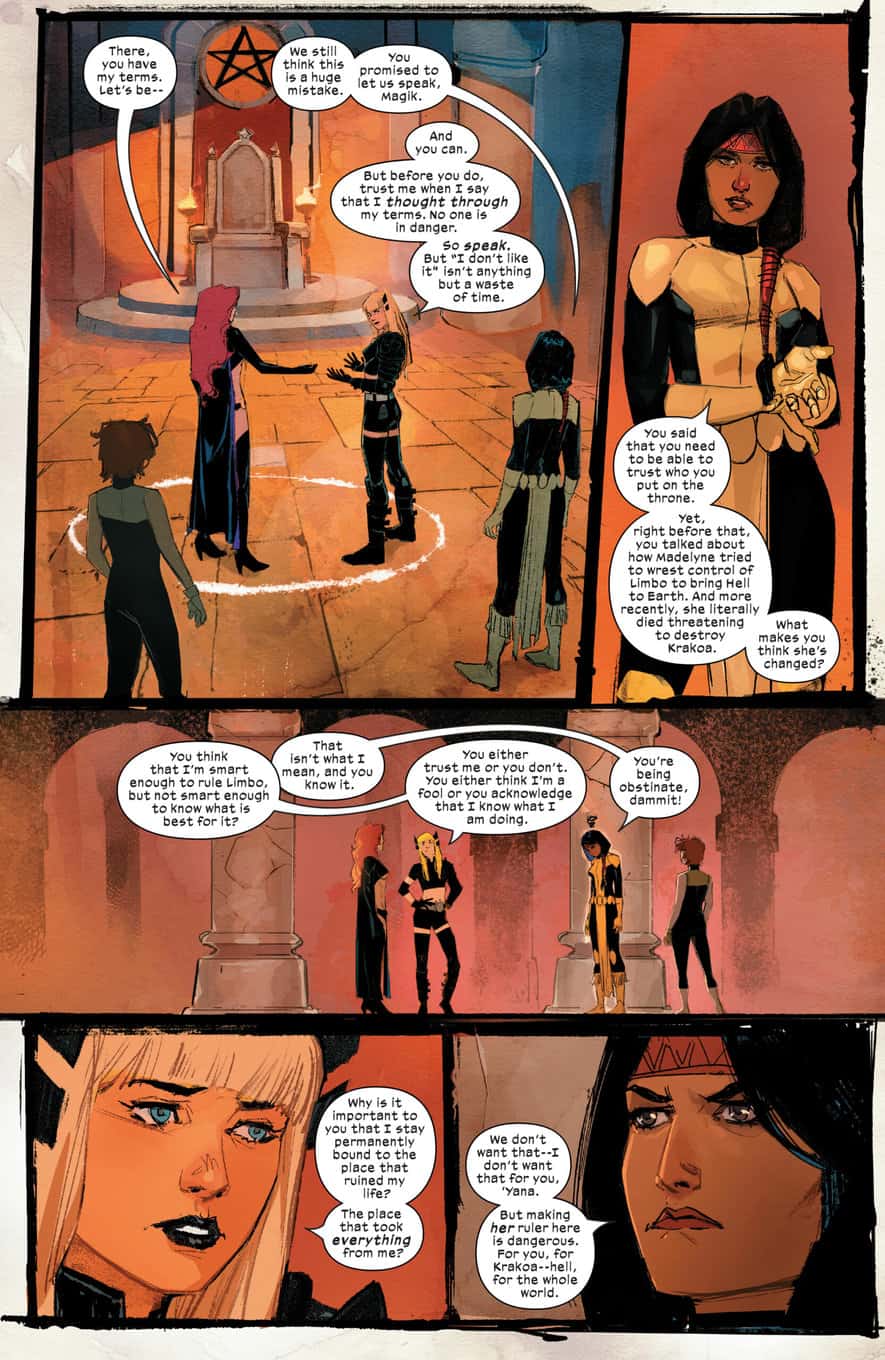 …yet we don’t see what Madelyne Pryor wrote on her parchment paper. 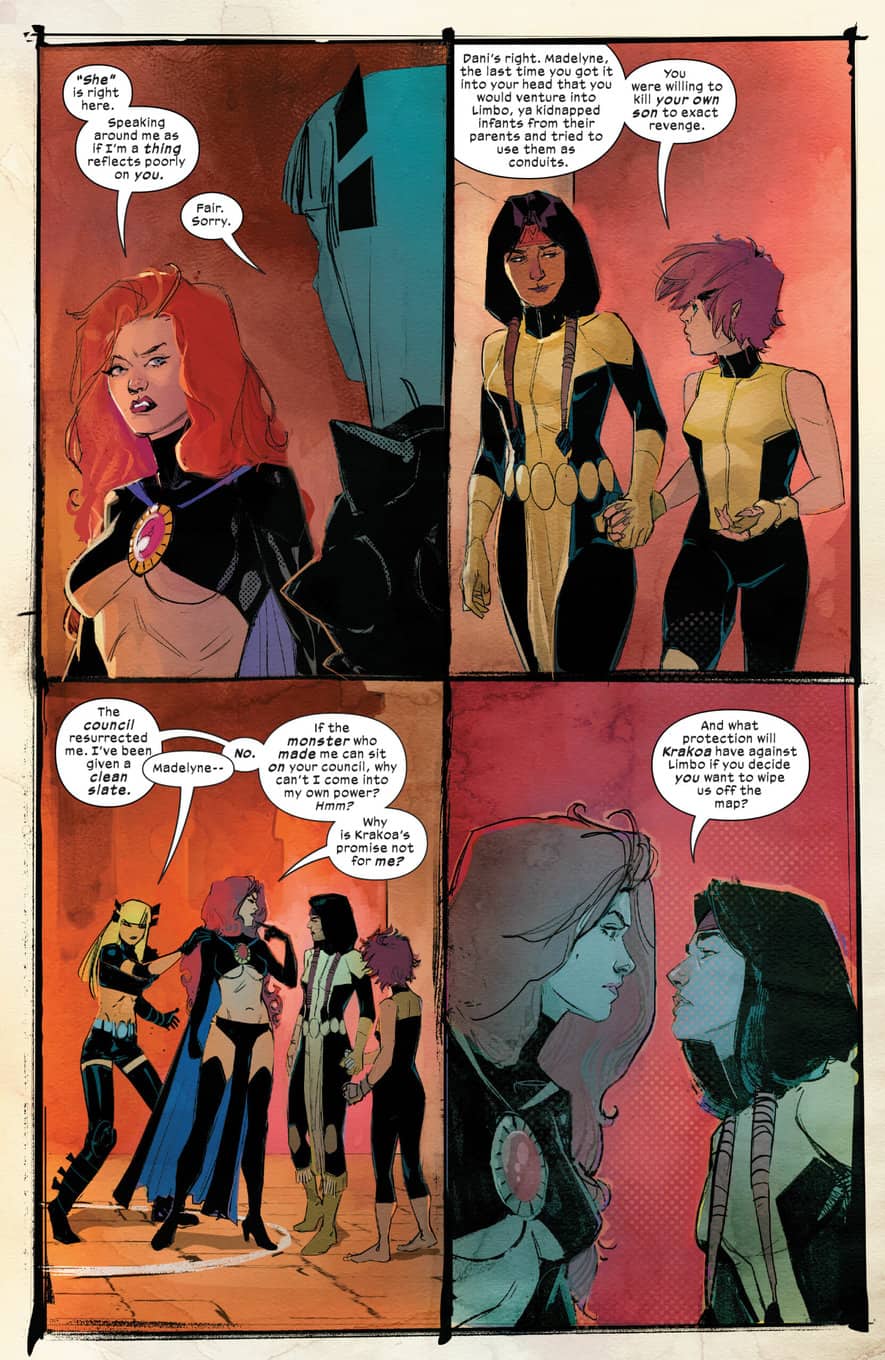 The book begins to end… 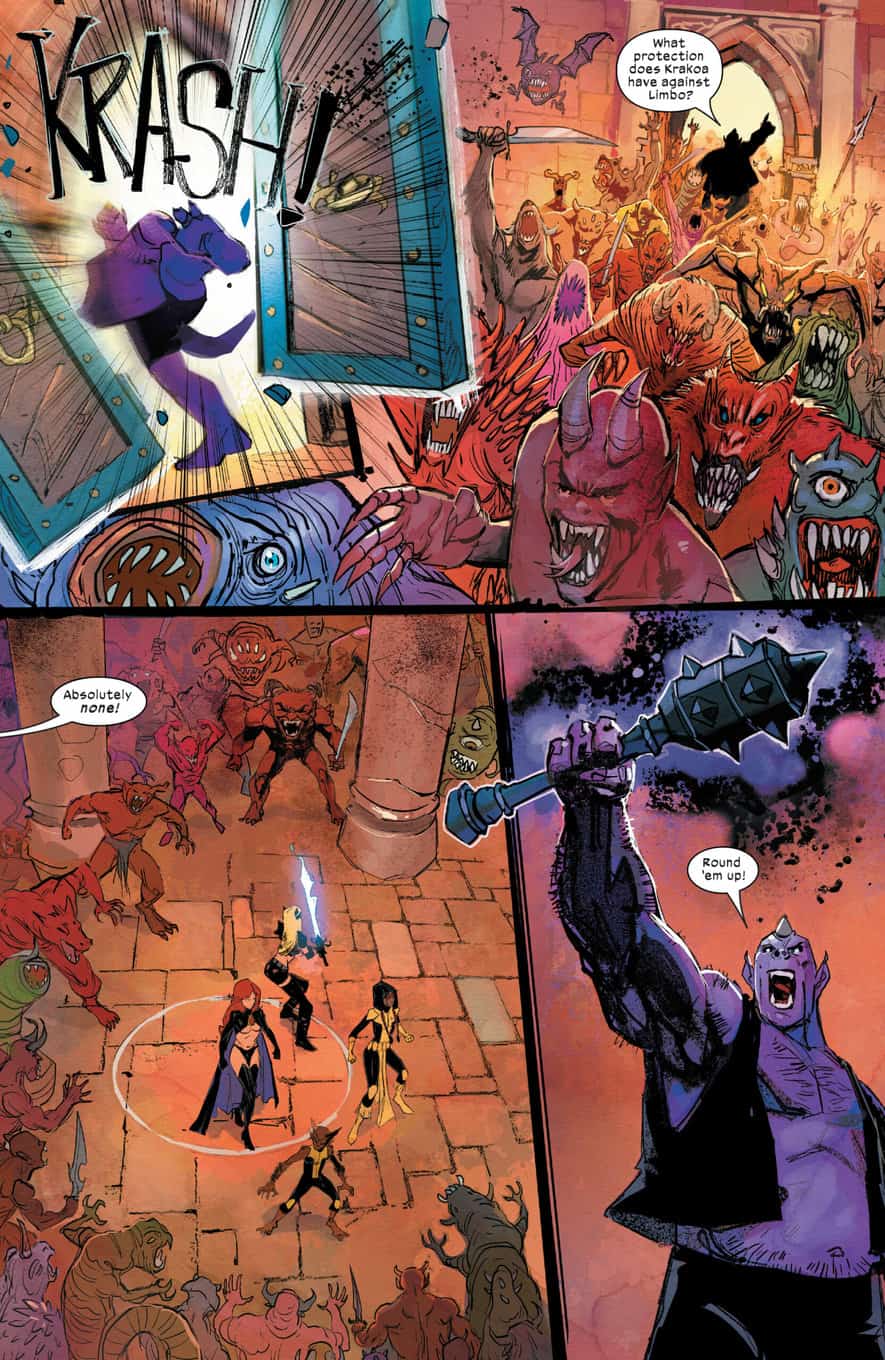 …with a demonic melee… 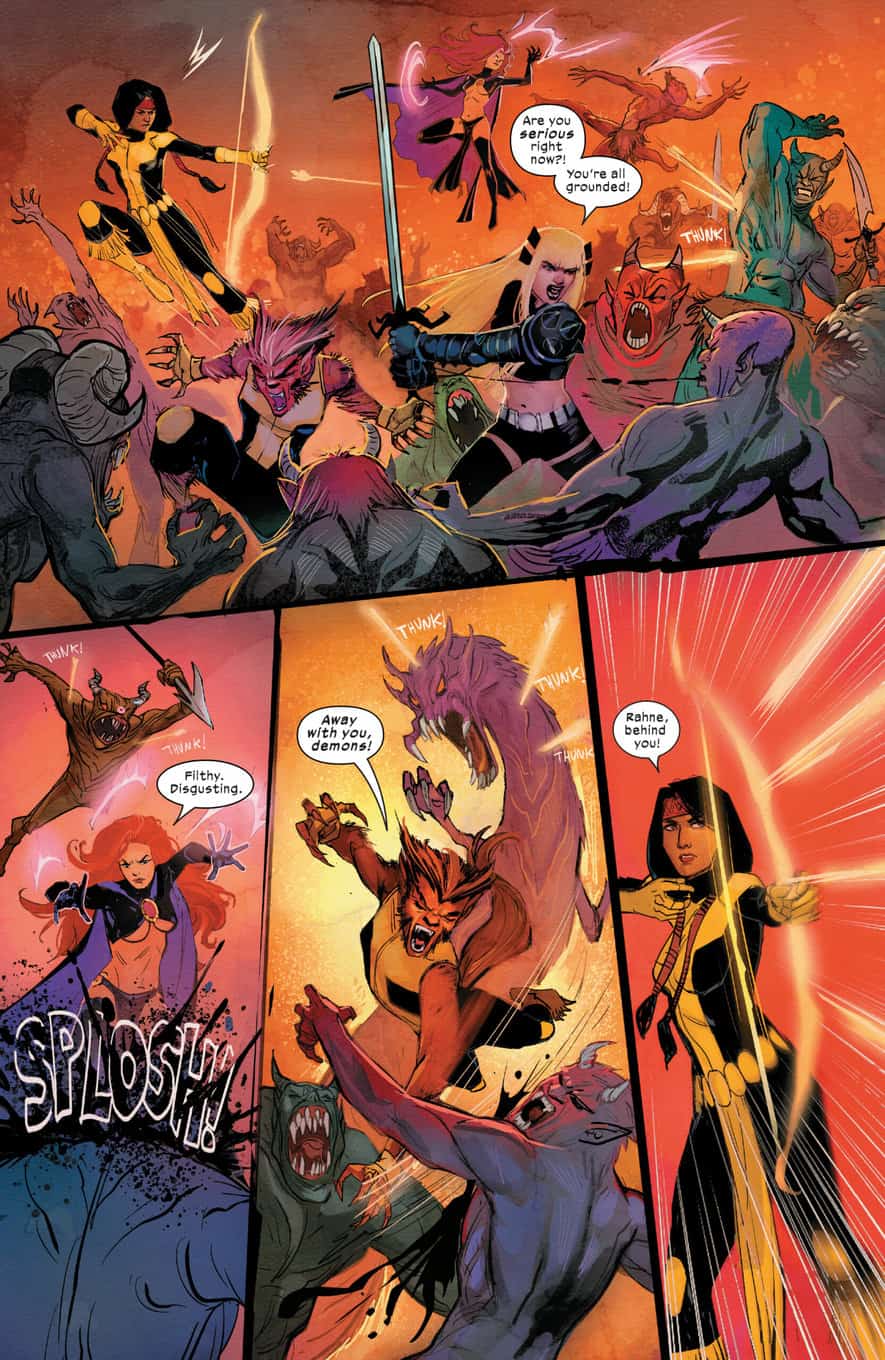 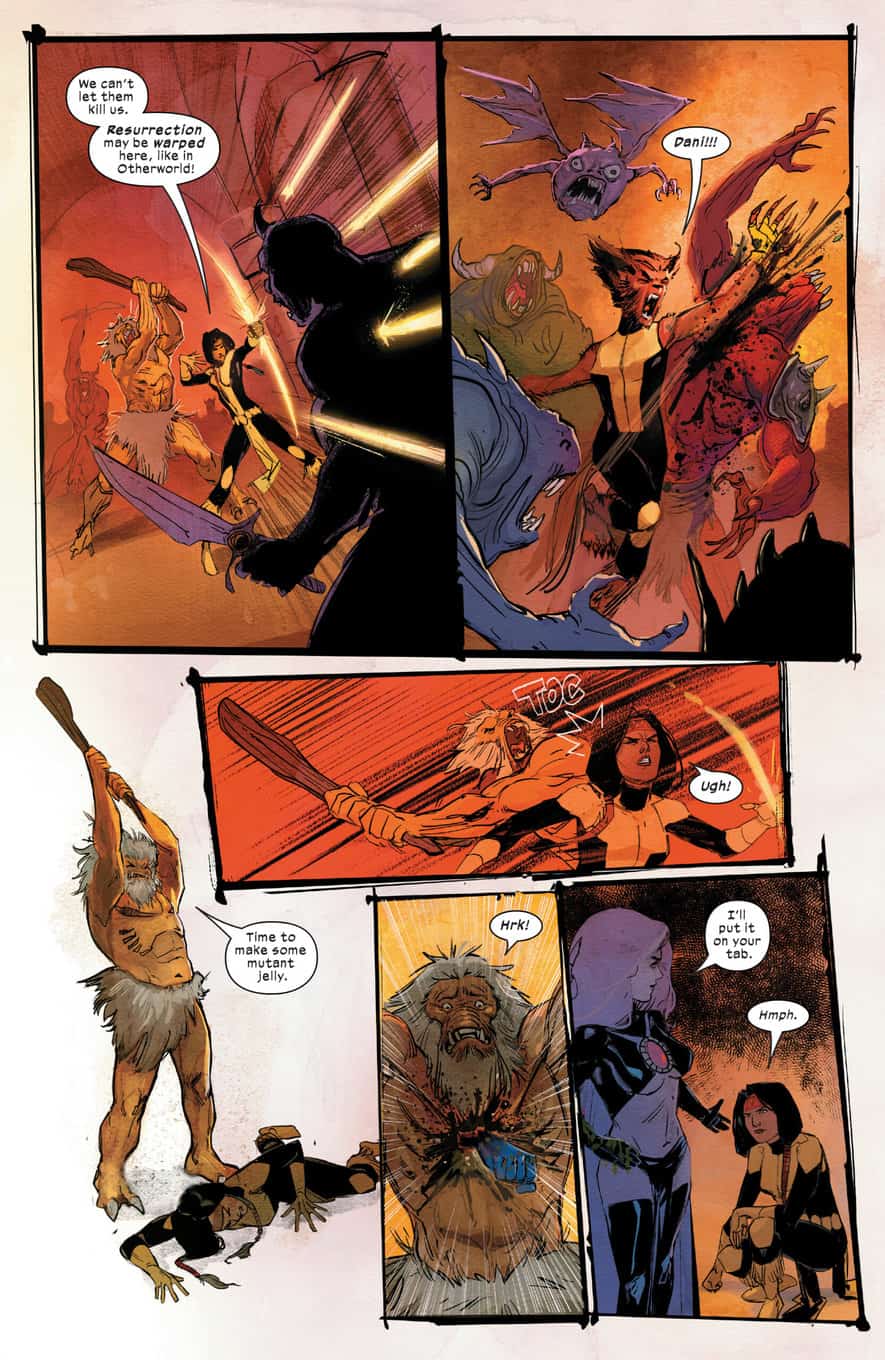 …yet Magick’s sword is destroyed in battle… 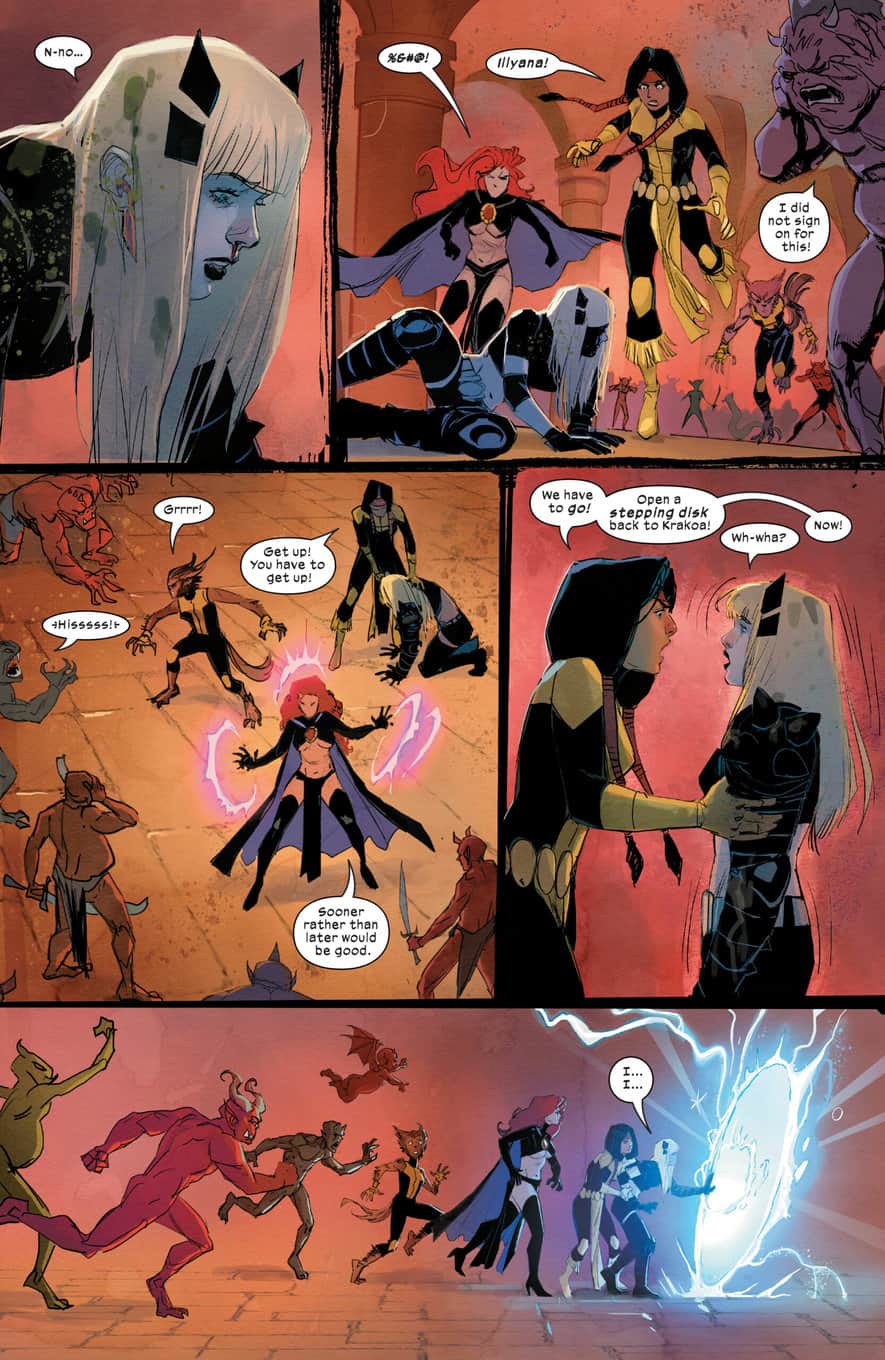 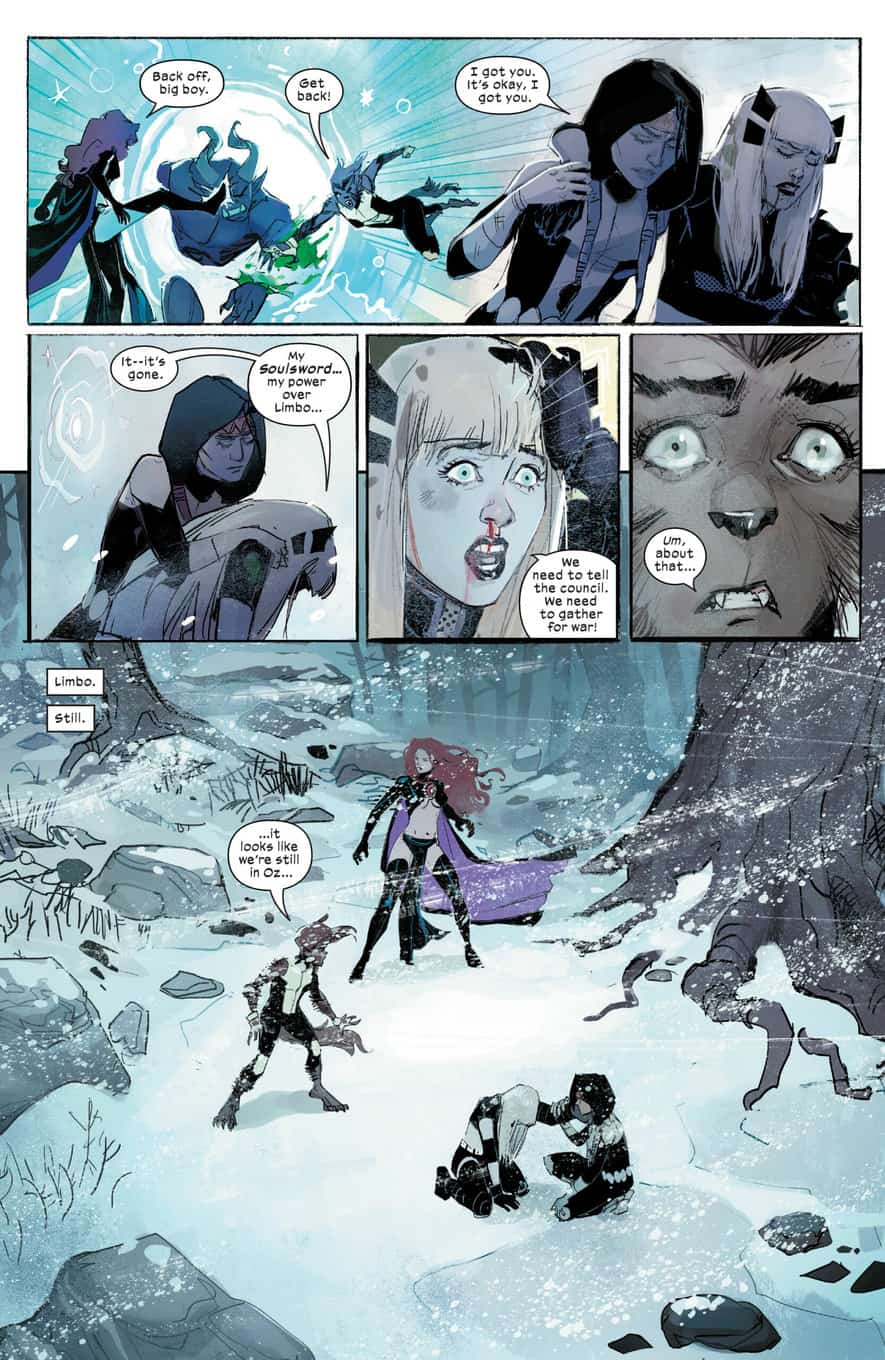 Curious where this goes from here, in this series, and eventually to Dark Web.