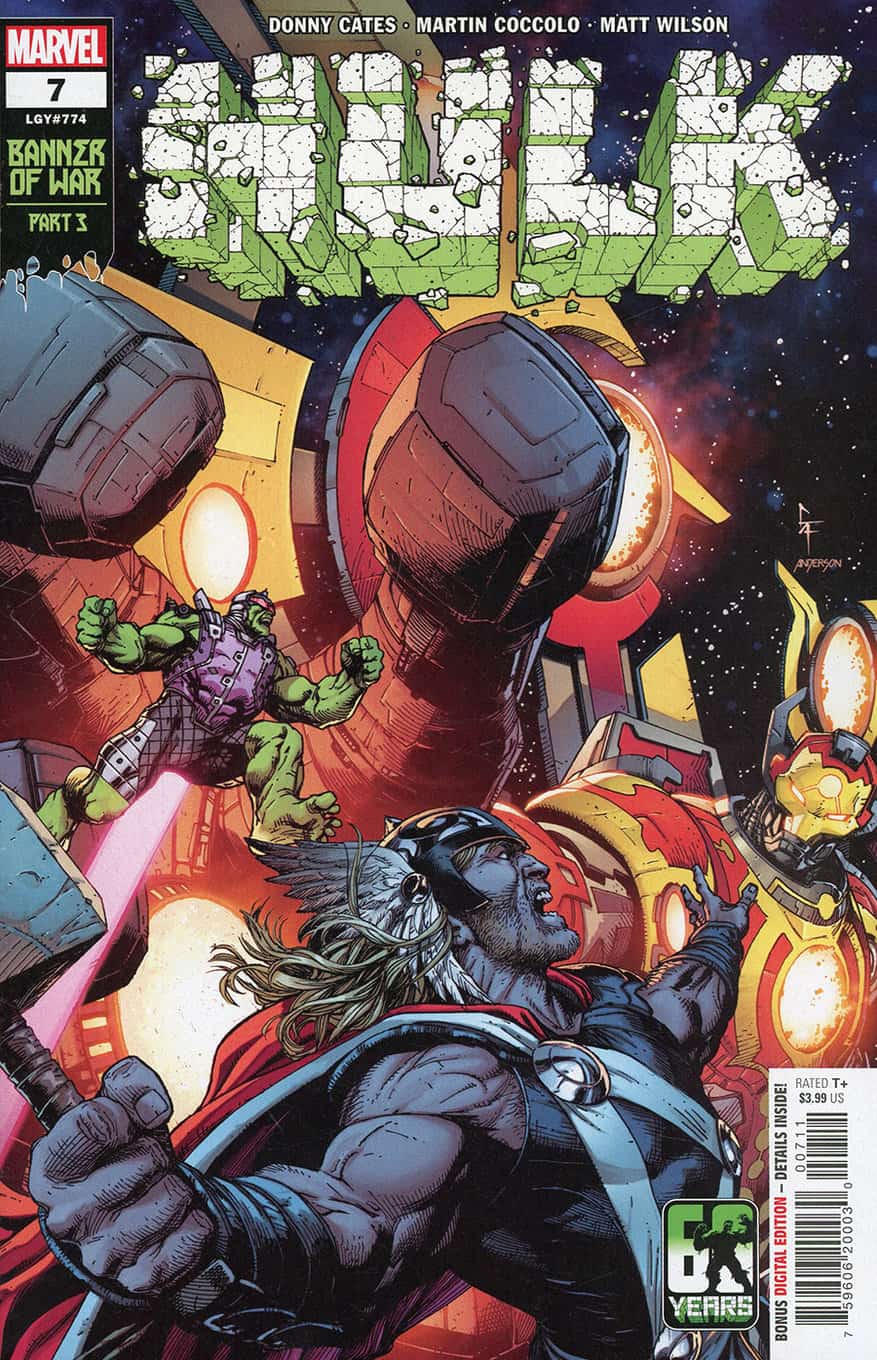 The issue has some variant covers below to supplement the main cover above. 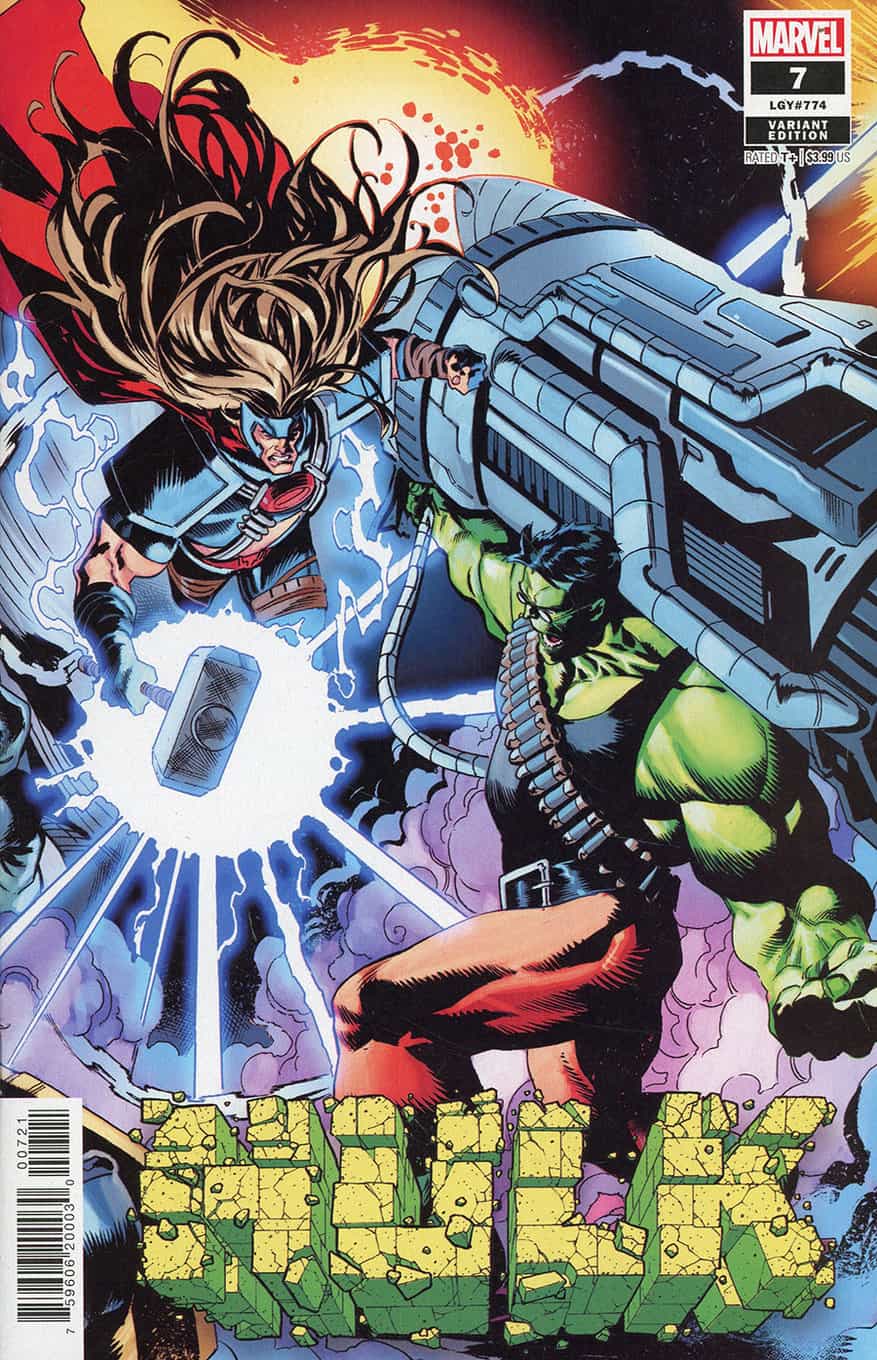 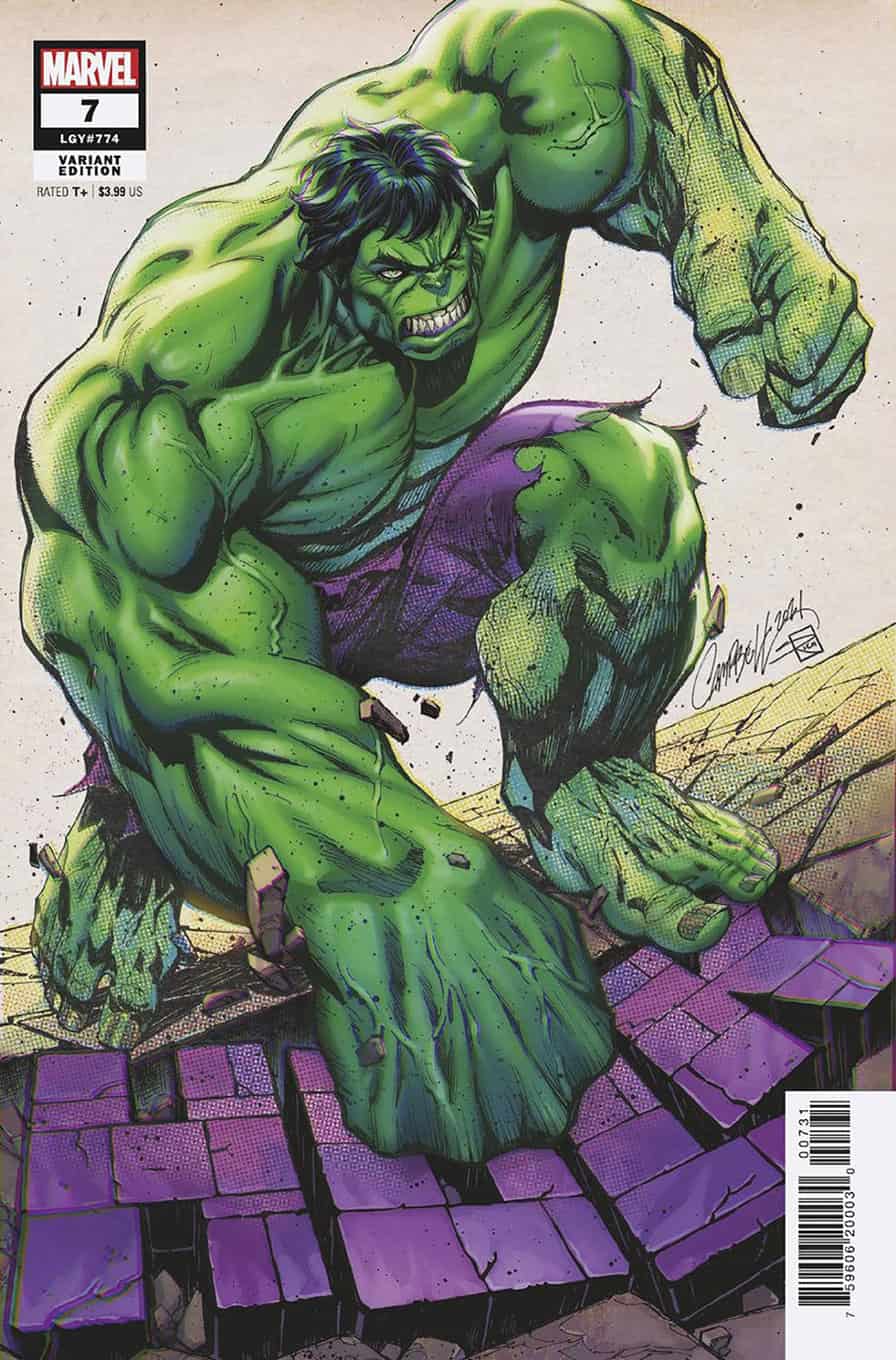 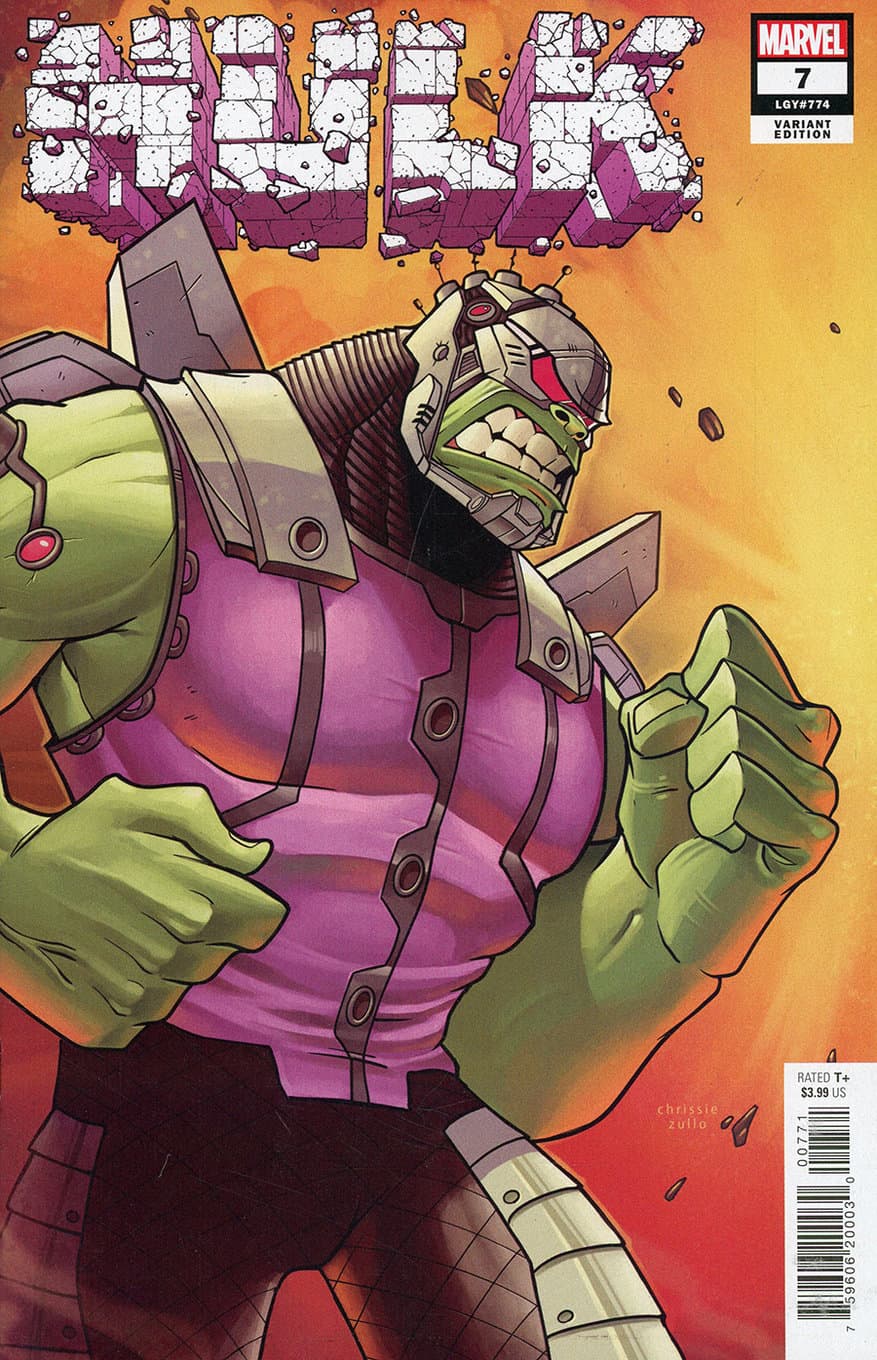 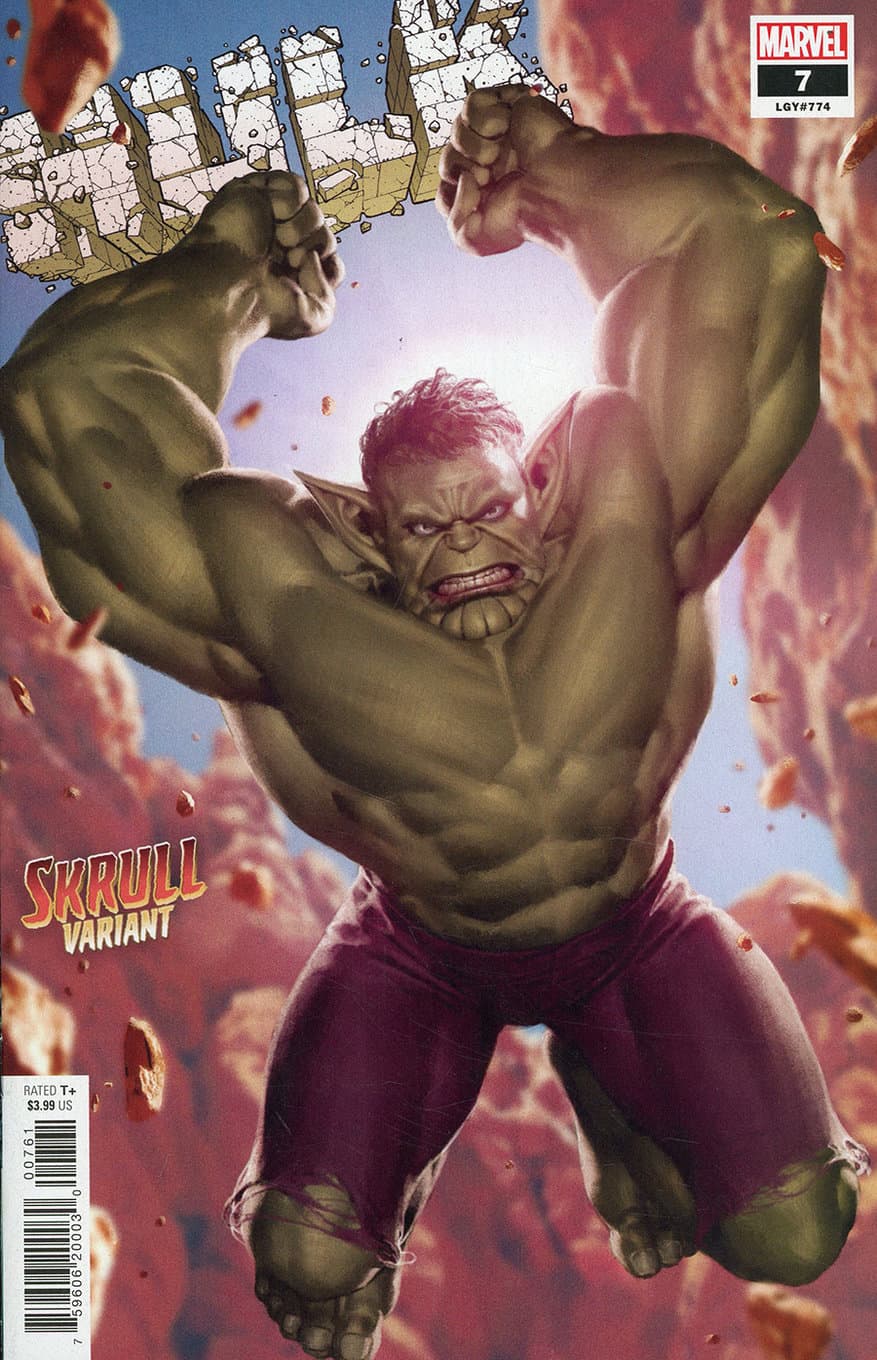 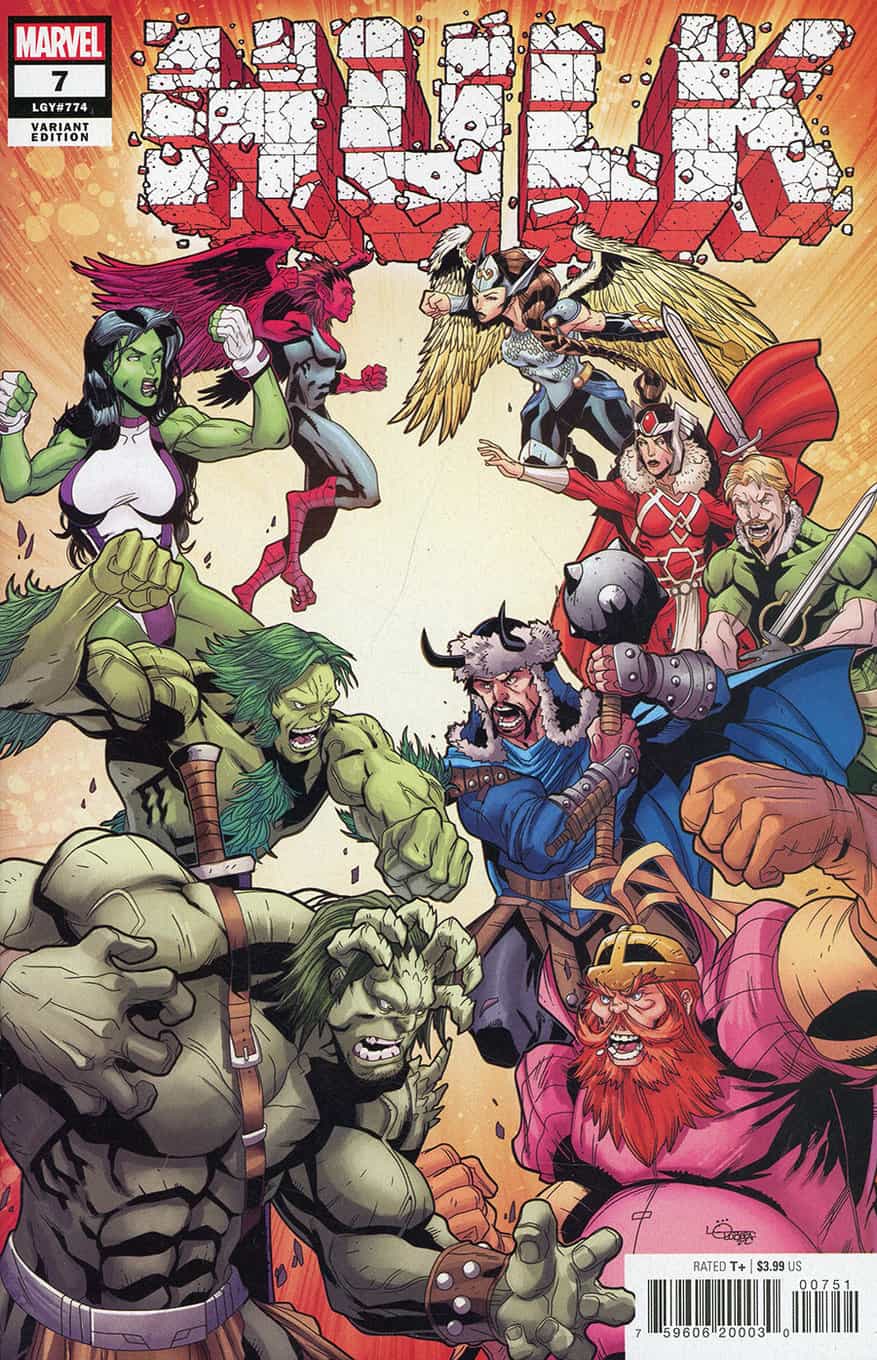 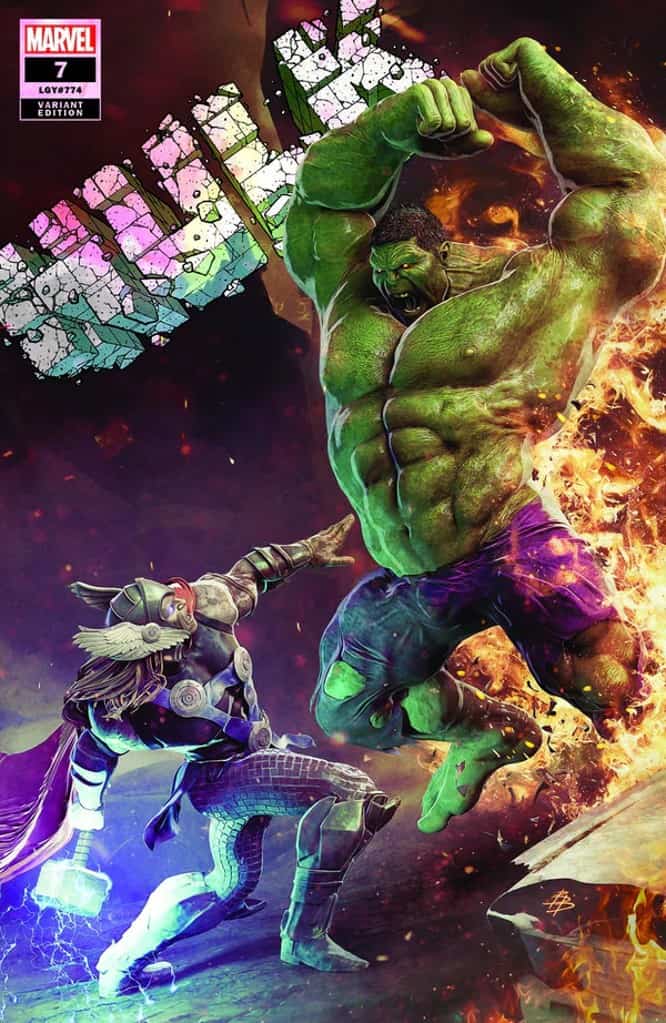 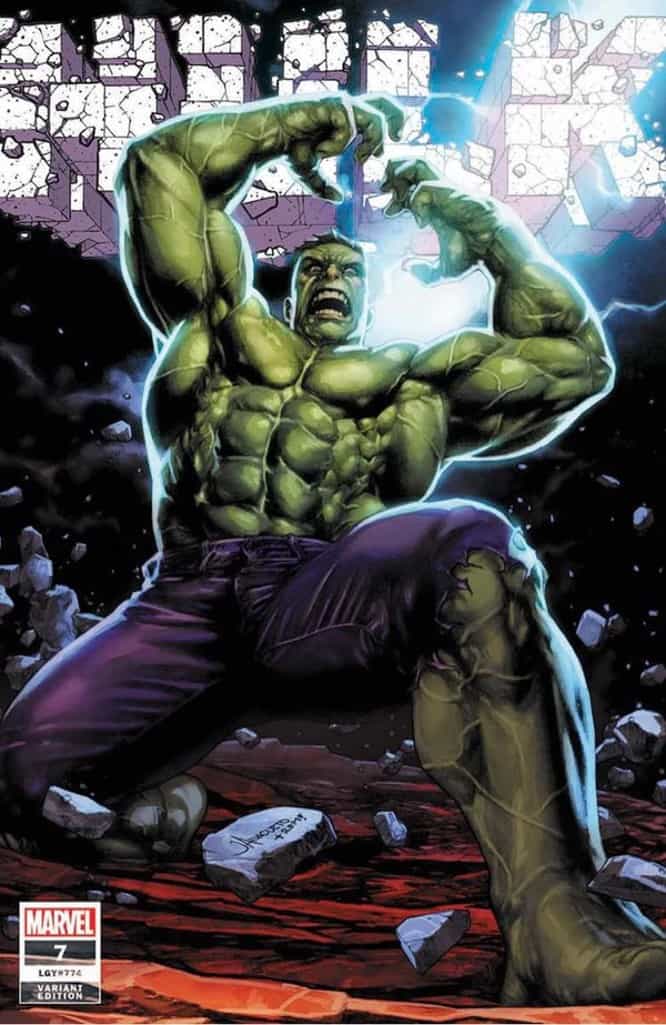 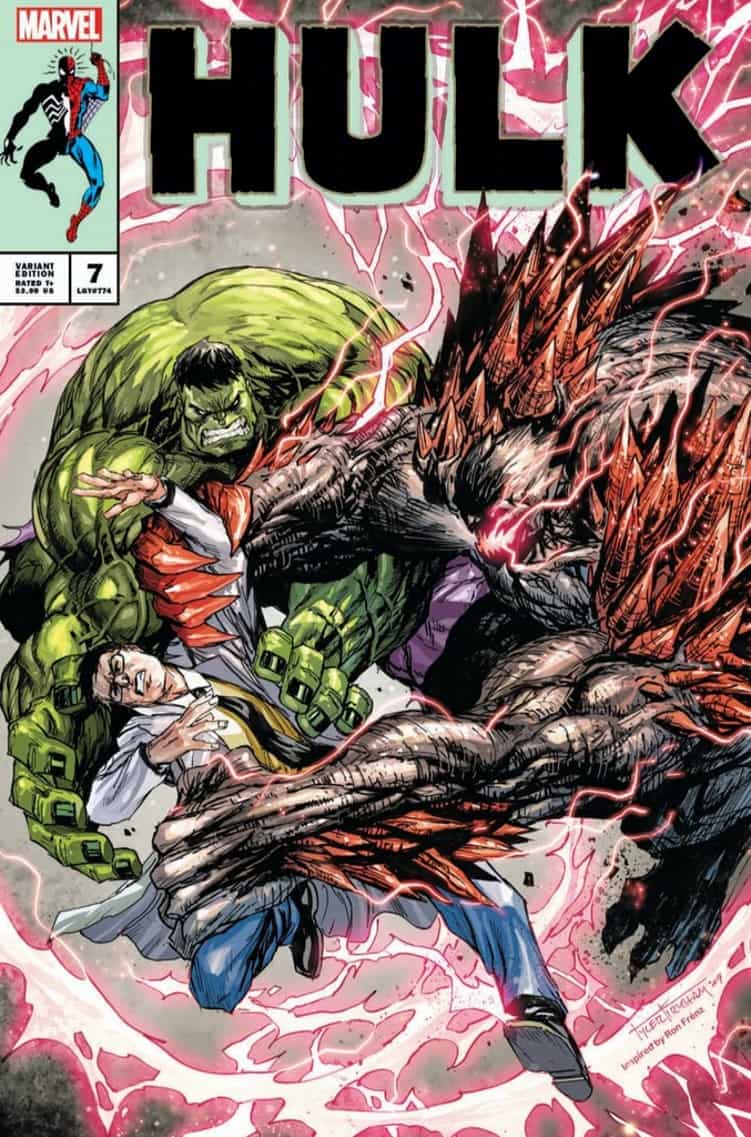 In the third installment of the epic crossover between the HULK and THOR series, Iron Man interrupts a pivotal moment of Hulk and Thor’s battle to settle a score. Equipped with new “Celestial Hulkbuster” armor of his own design, Tony is convinced that he can ensure Thor’s victory and Hulk’s capture. But sometimes what you don’t know really can hurt you… 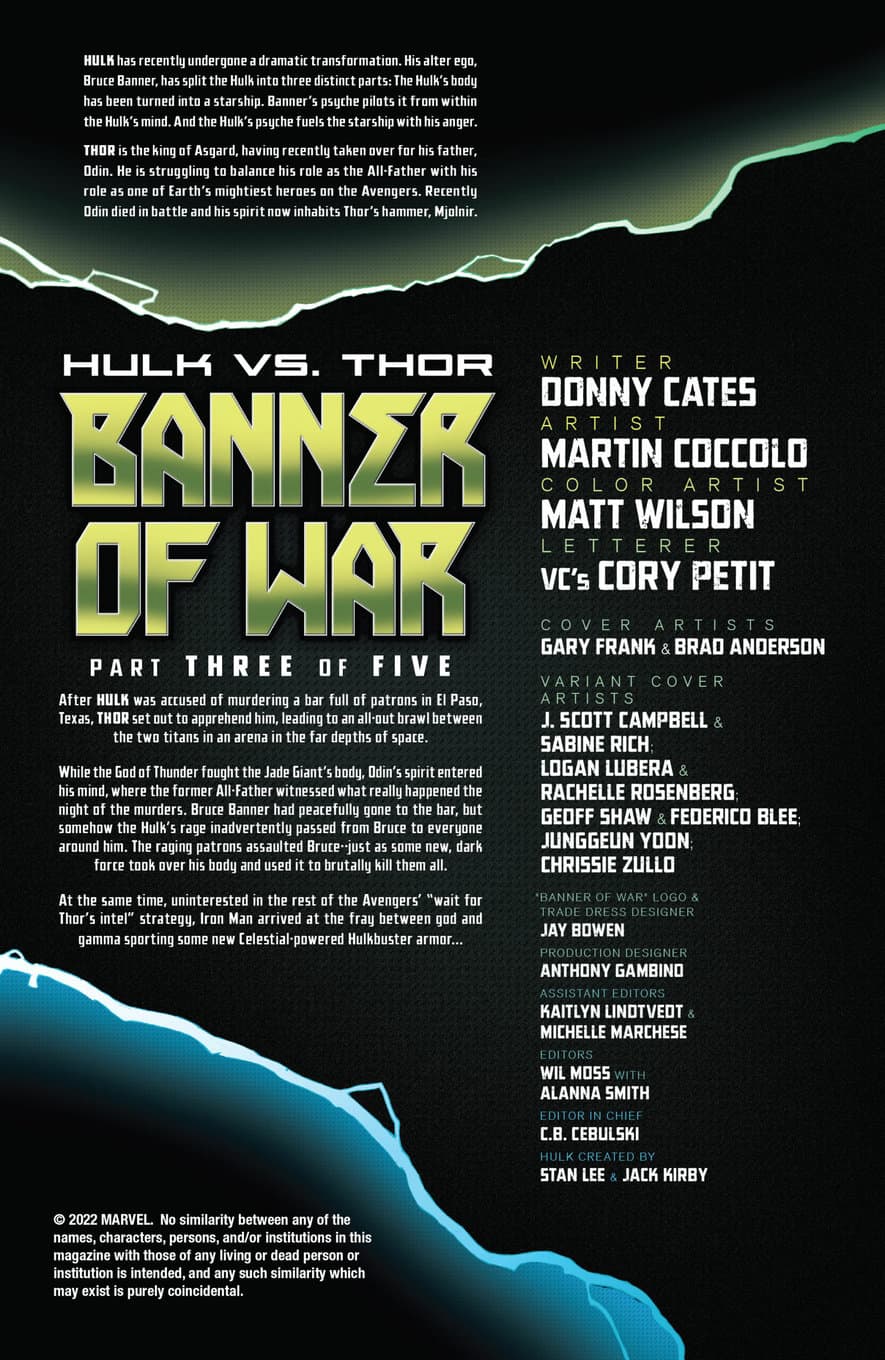 Iron Man and his Celestial Hulkbuster armor have arrived to take out the Hulk over his mass murdering in El Paso which we’ve recently learned was not as it seemed to the Avengers. 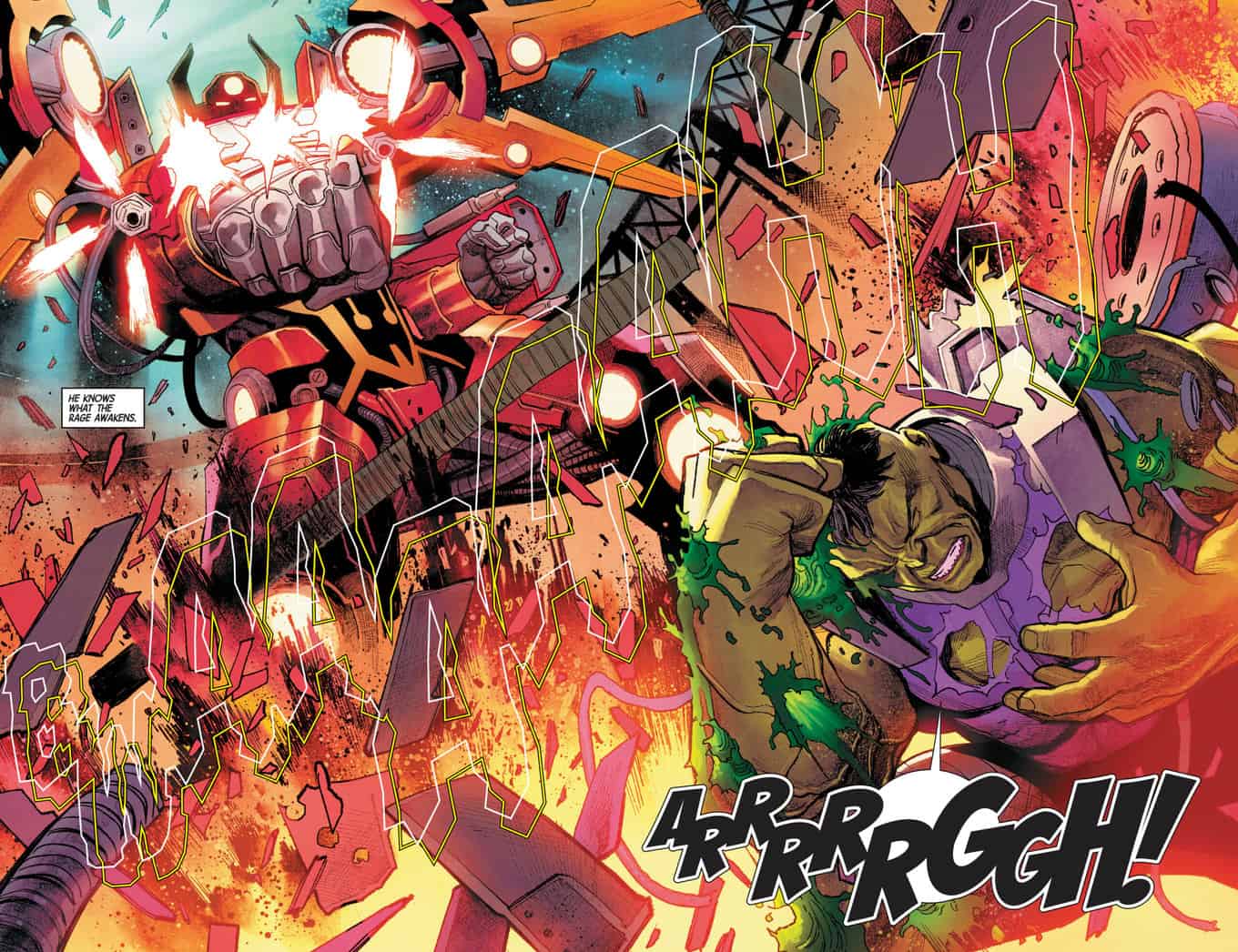 Thor is a bystander for this battle which serves as a bit of a reprieve as he’s been fighting the Hulk for almost all of the first 2 parts of the Banner of War event crossover. 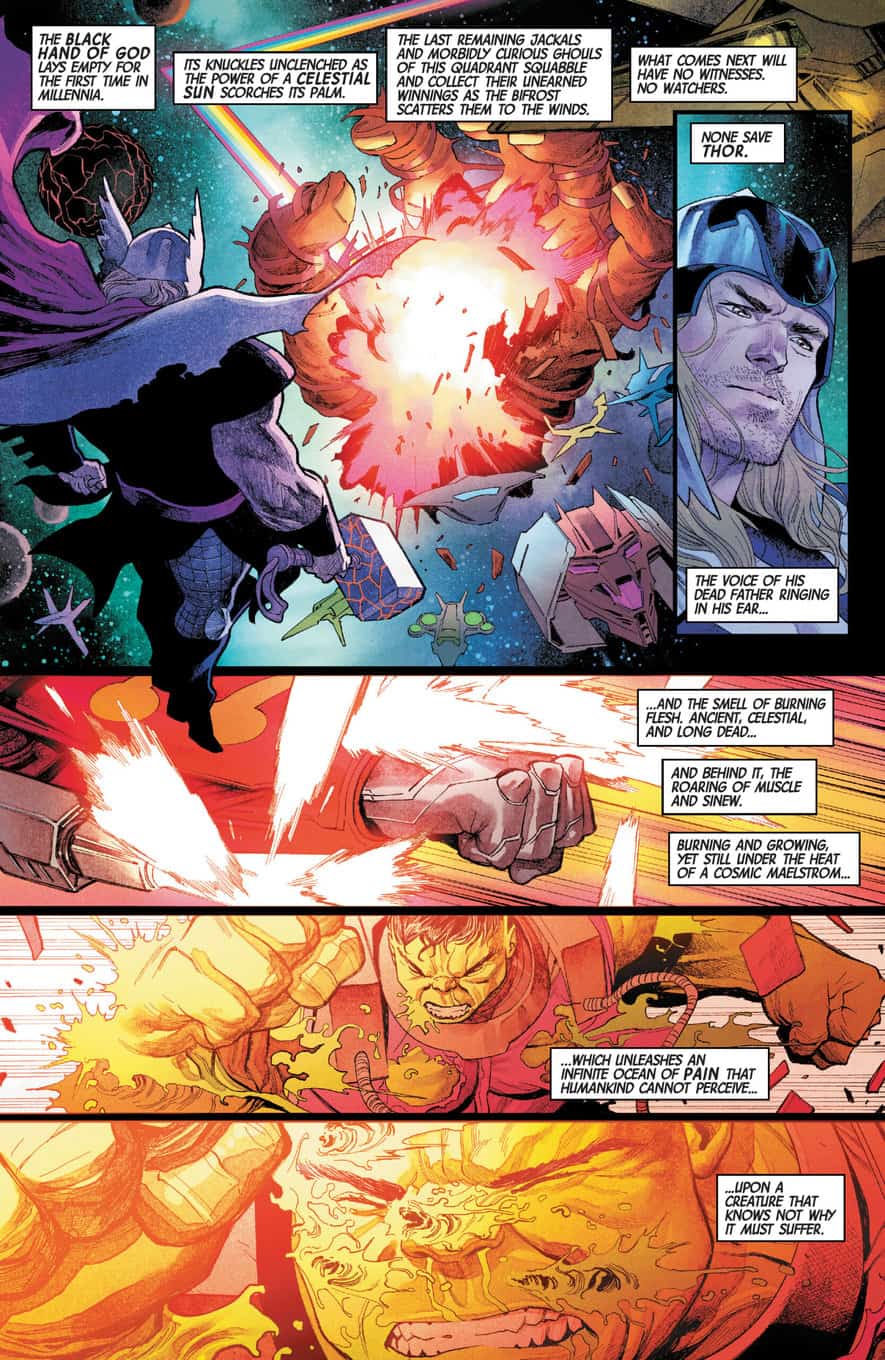 However, since Thor’s eyes are golden does that mean Thor himself wants this to end or his father Odin who is literally insider Hulk’s head and Starship Hulk with Dr. Bruce Banner? 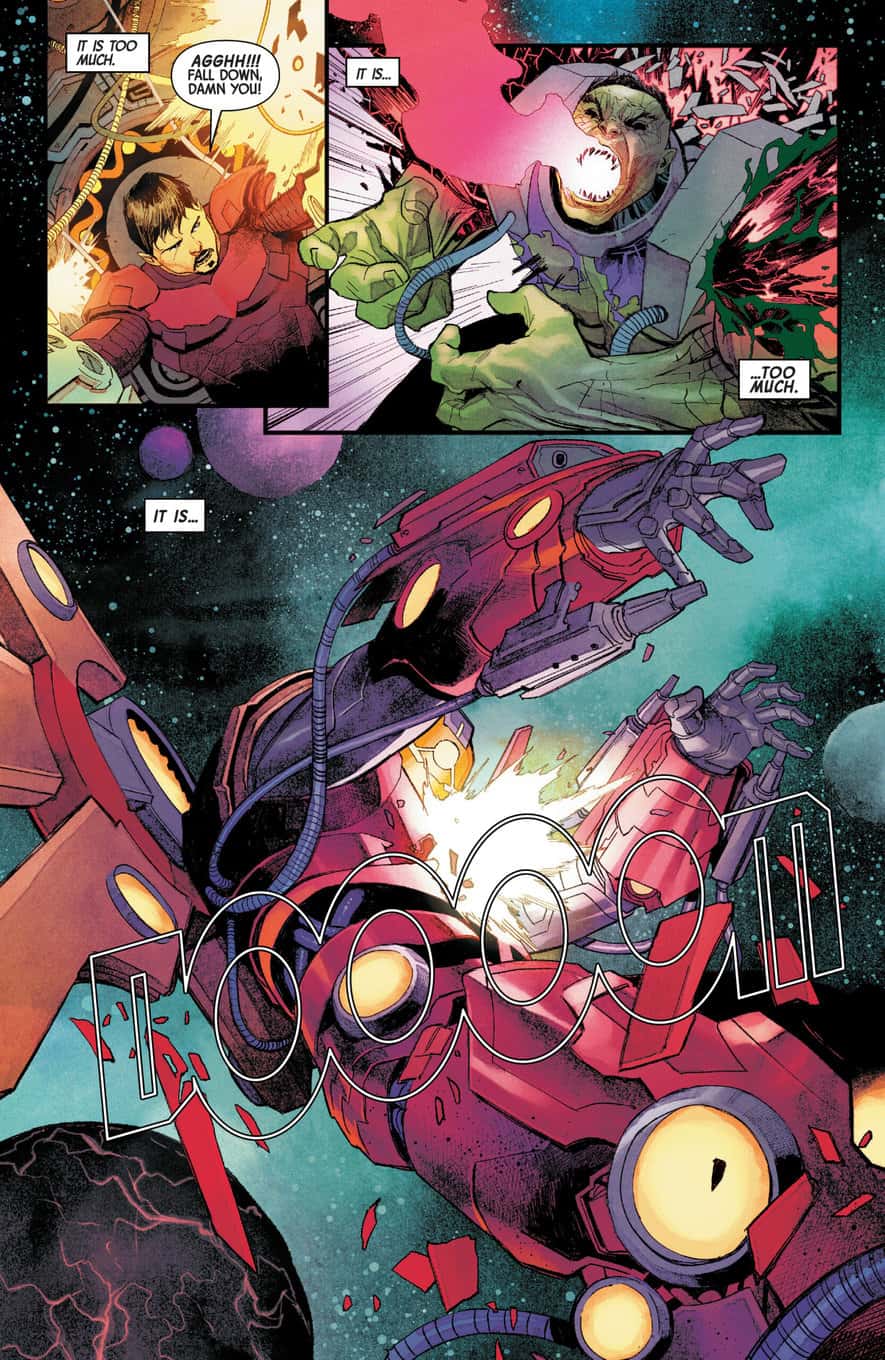 The Hulk’s eyes turn black again, as they did in El Paso, signaling he may not be in control of himself, perhaps its his Titan persona, as he gets some good licks in on Iron Man’s new Celestial Hulkbuster armor. 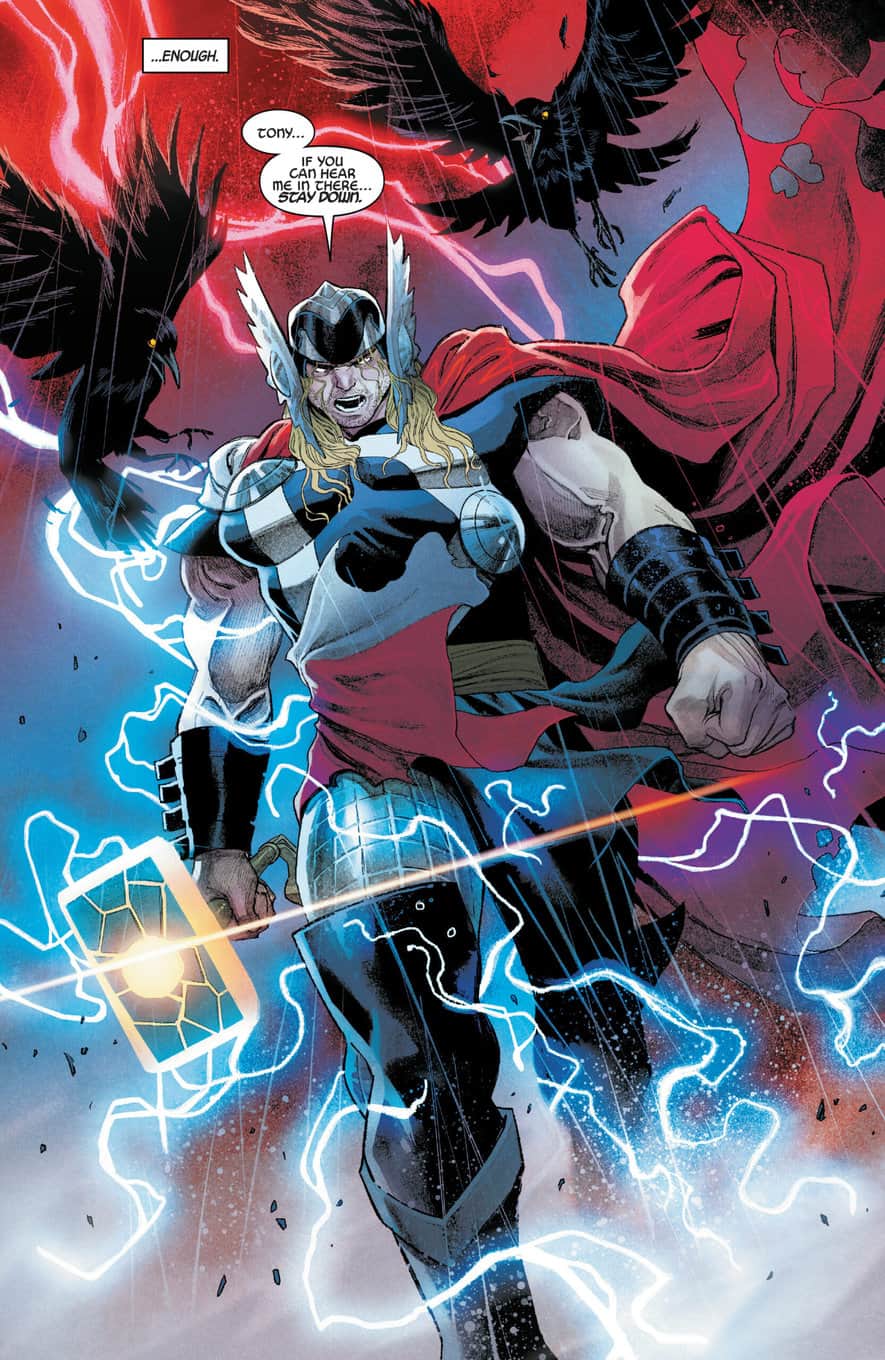 Thor is now ready to enter the fight again. 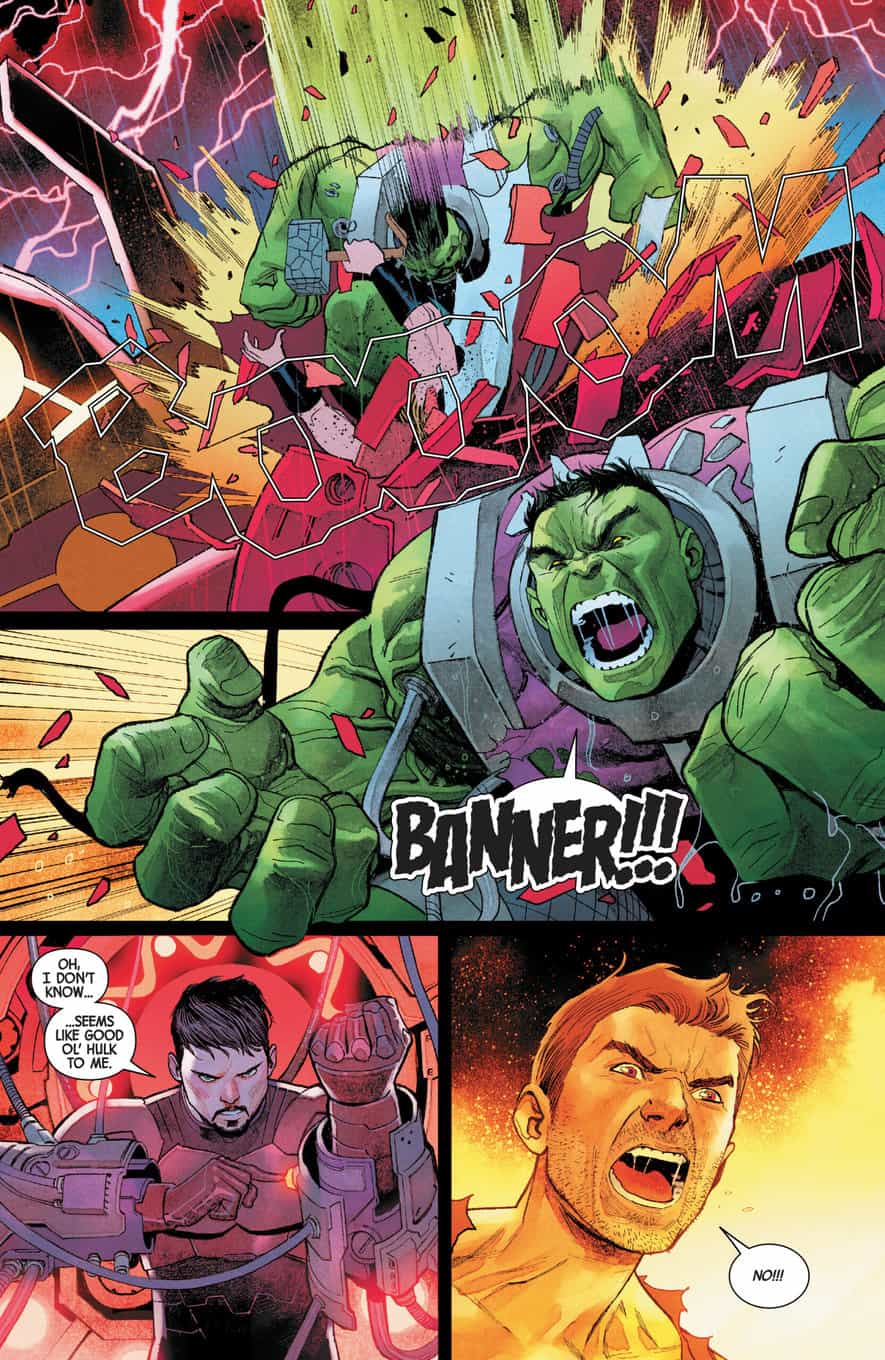 Iron Man’s armor is rather magnificent in look, but… 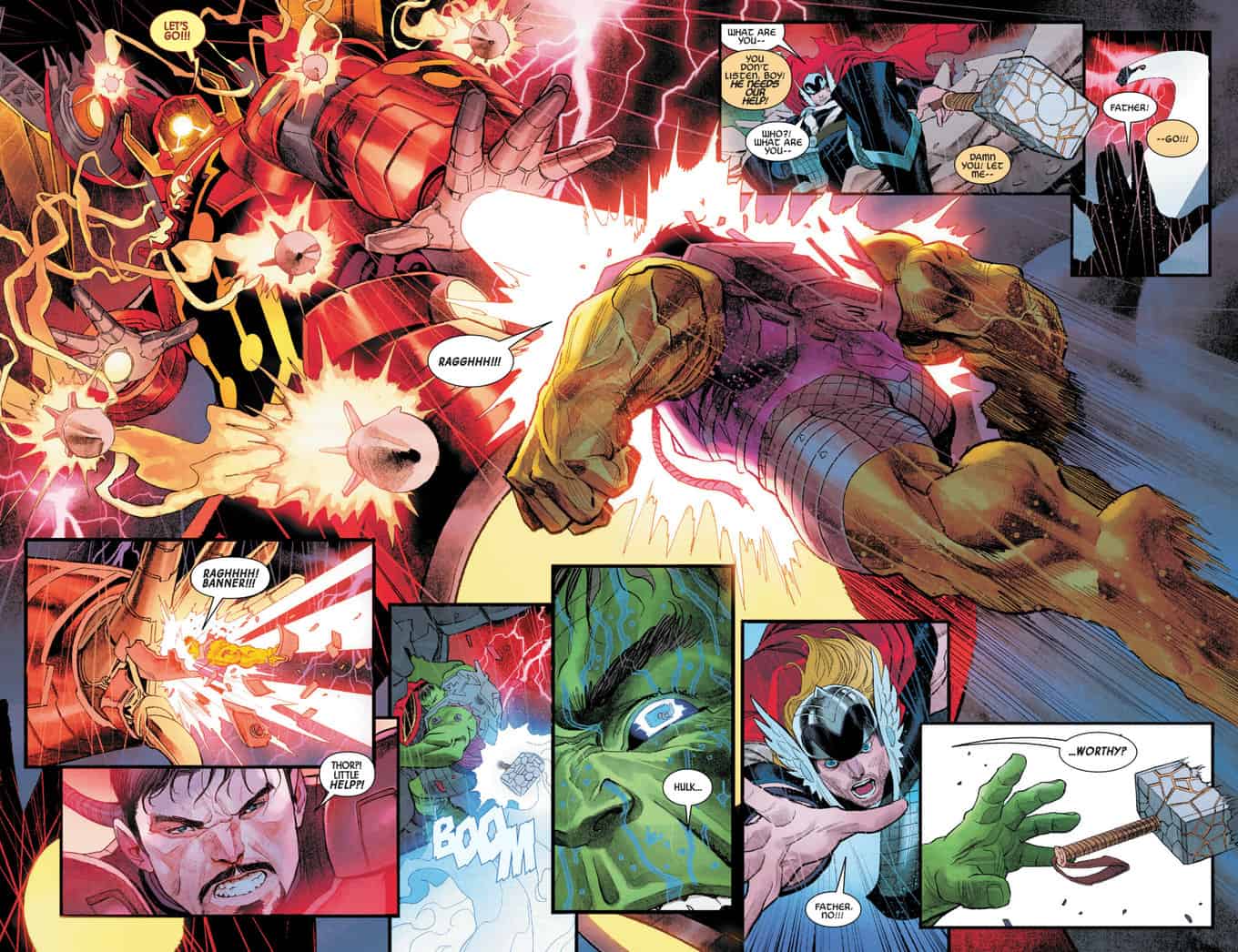 …seemingly not well equipped for… 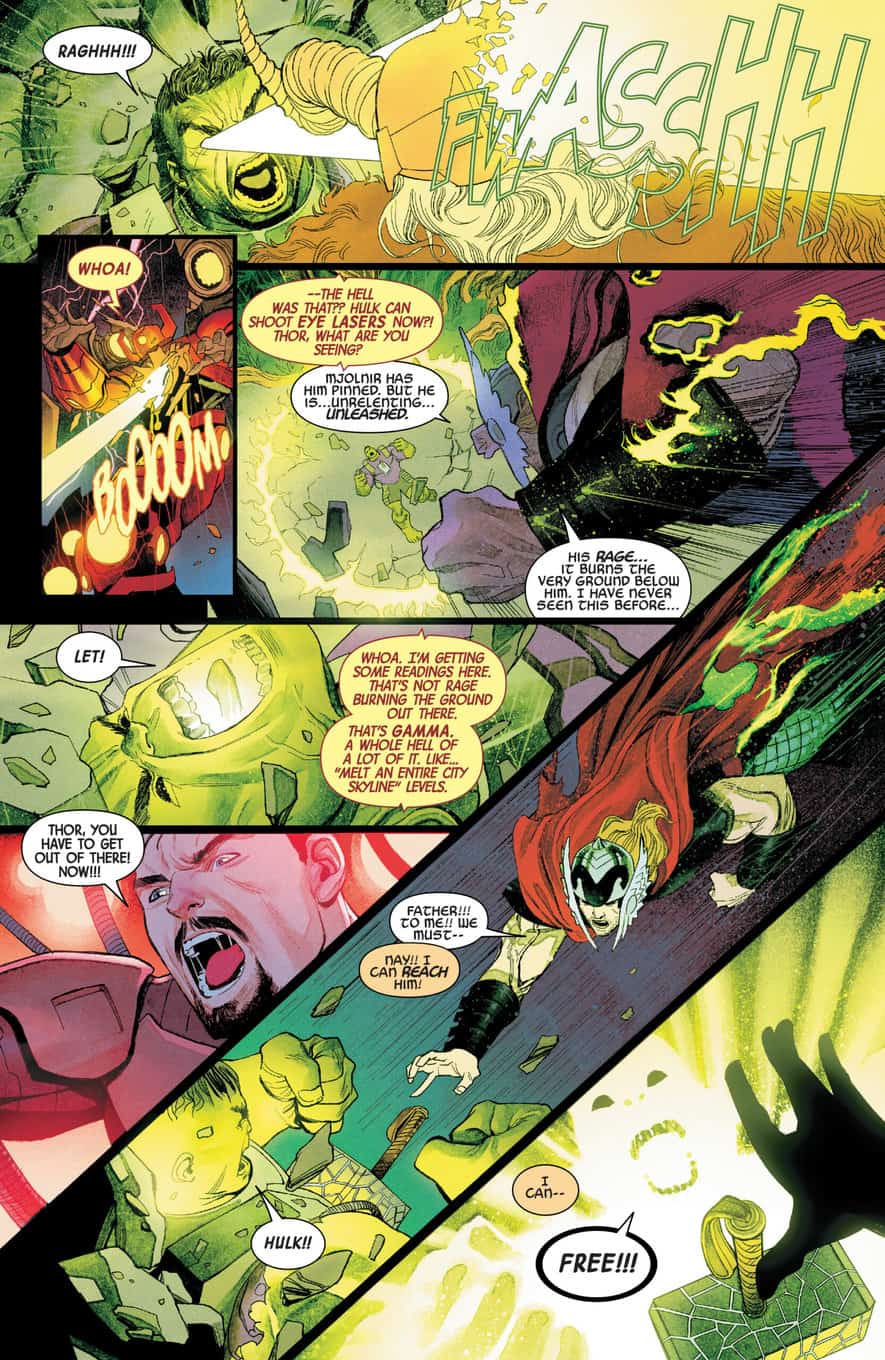 …a gamma explosion involving the Hulk and Thor’s hammer Mjolnir?! 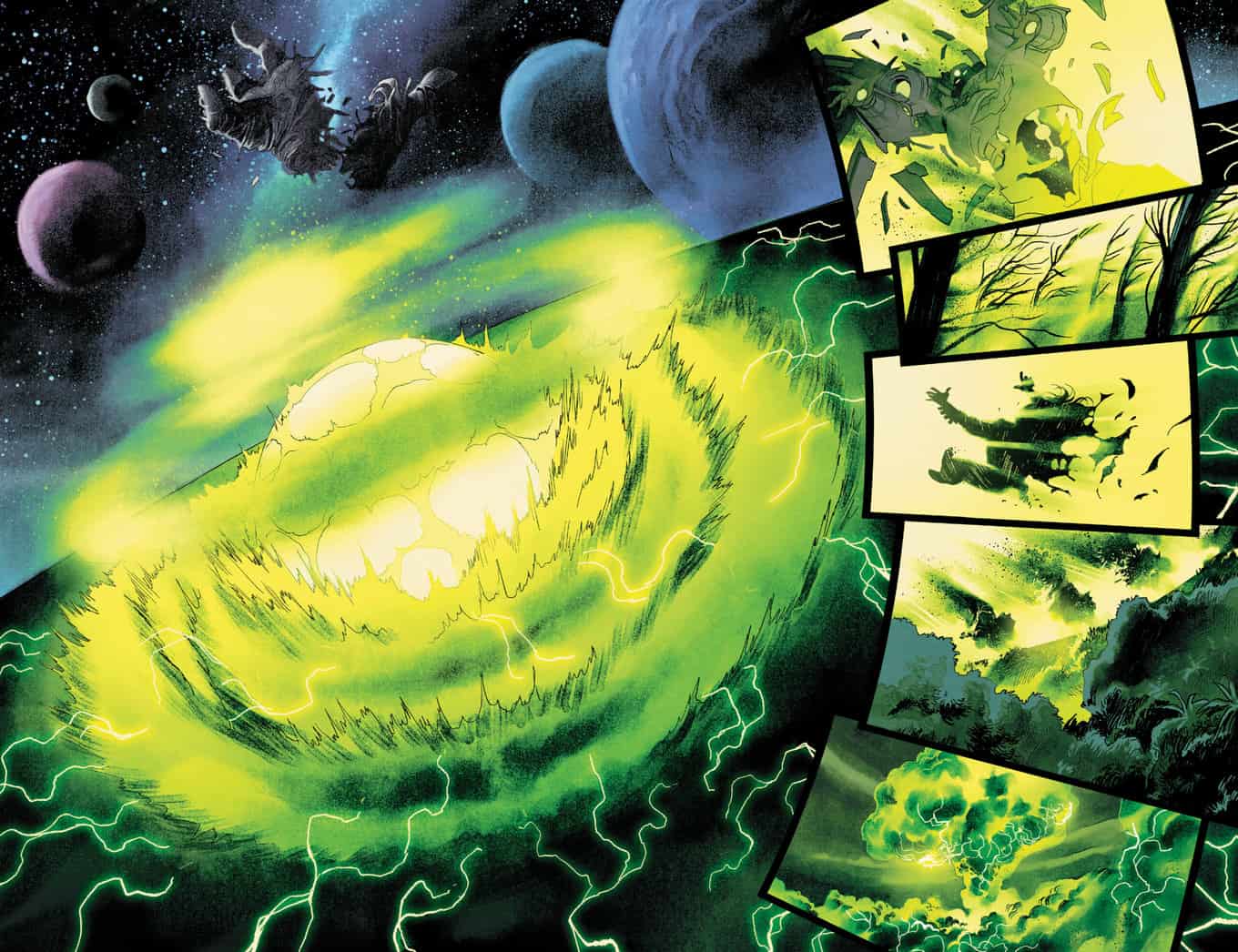 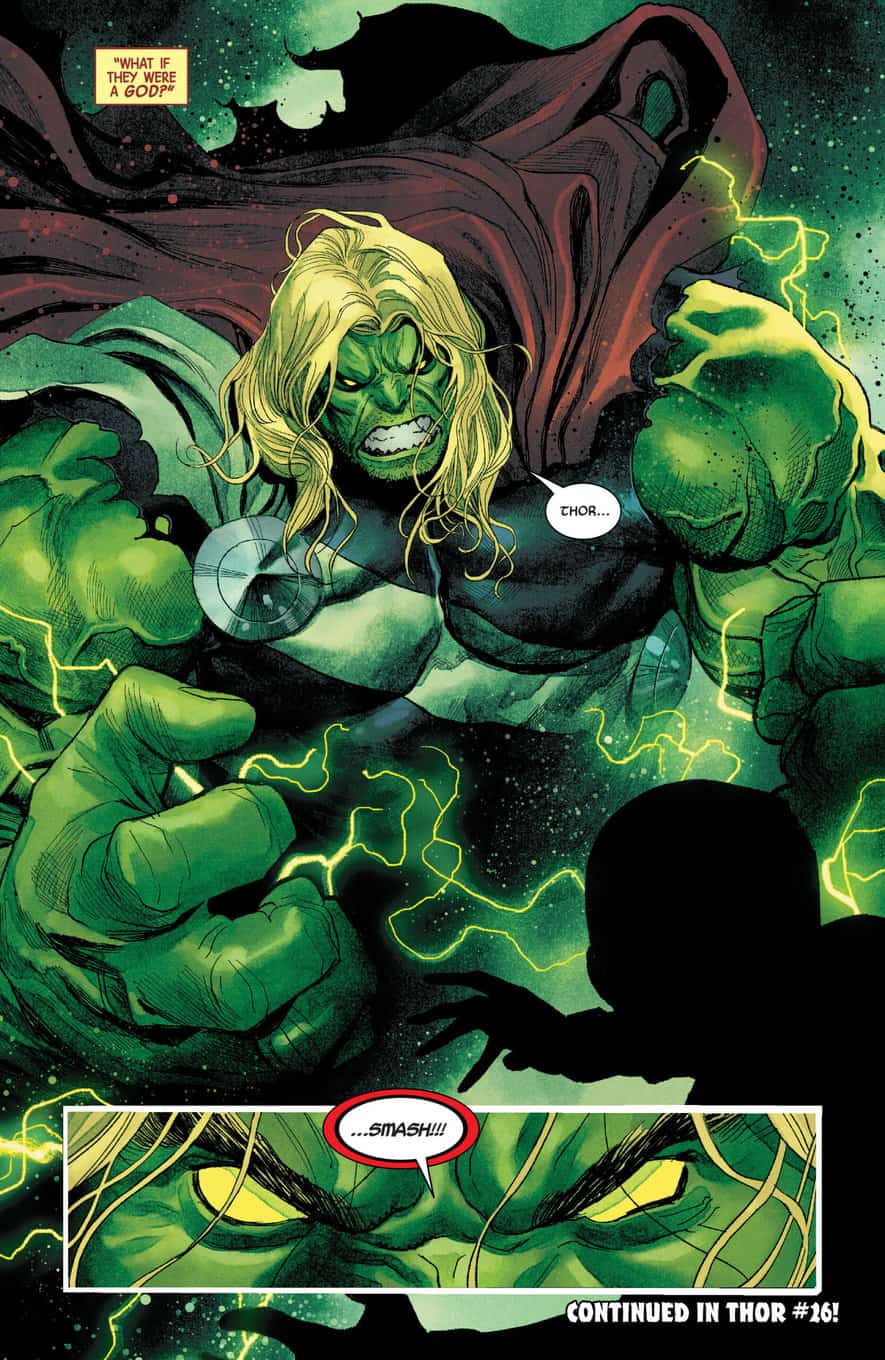 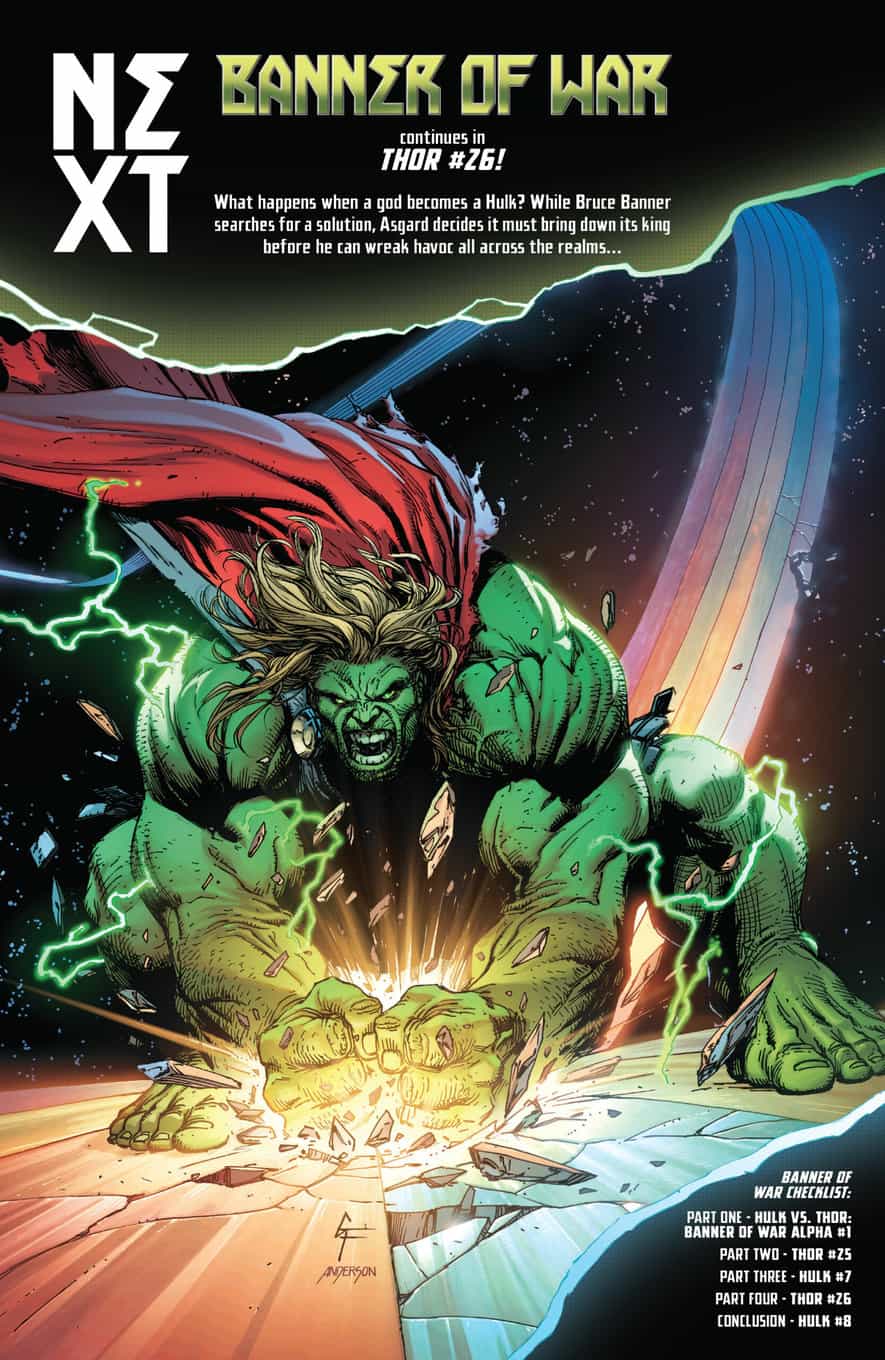 Another compelling installment of this event. High octane action with intrigue and drama marbling the tale and sweetening the event.

I remain displeased that those gorgeous Gary Frank penciled main covers, that have been part of the various Marvel solicitations for months, have spoiled the consequential endings of each of the preceding event issues thus far.

Nonetheless, a solid and entertaining read. 8 out of 10.