An Important Lead-In To Dark Crisis! 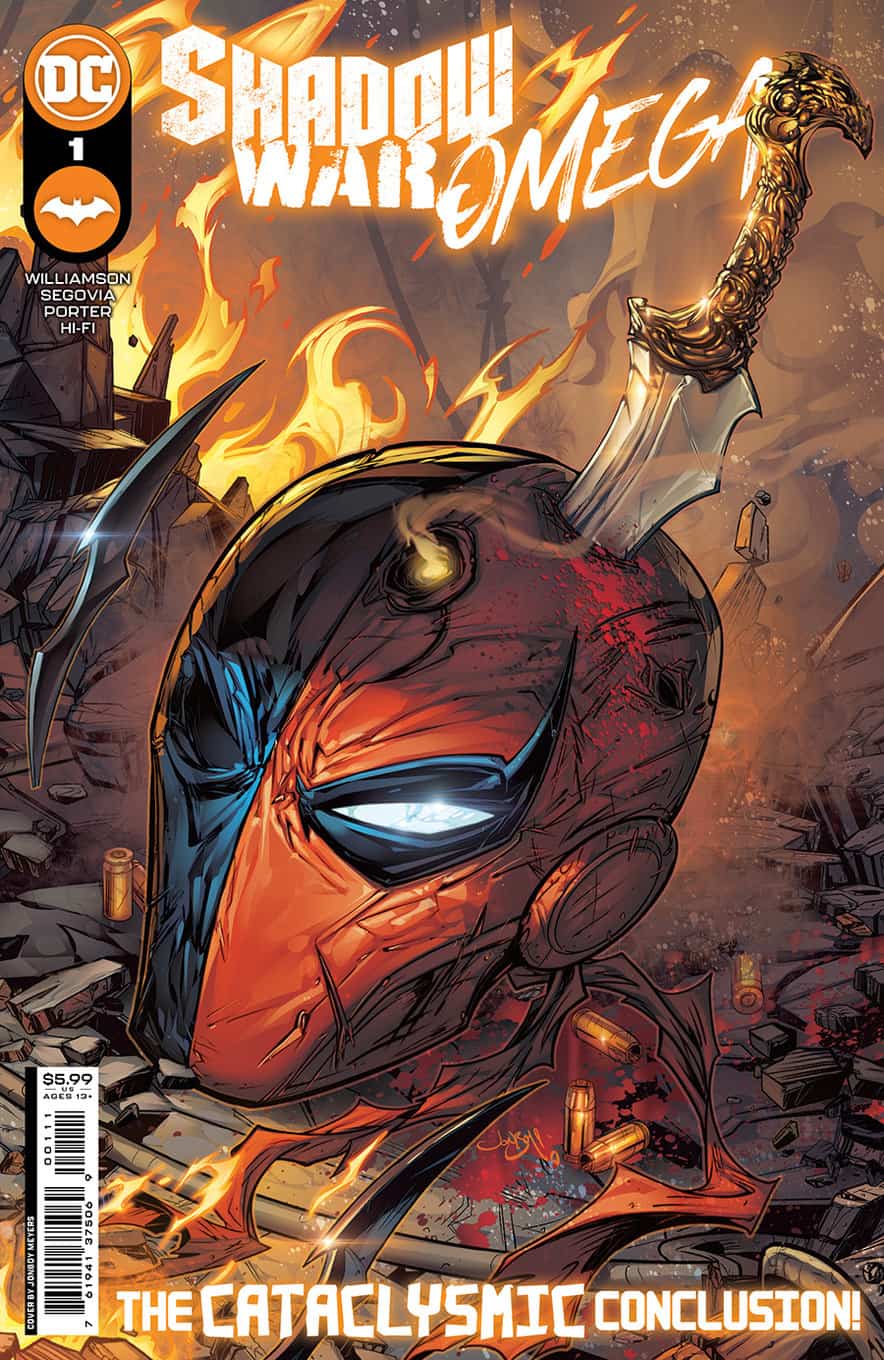 The book has a few variant covers below to complement the main cover above. 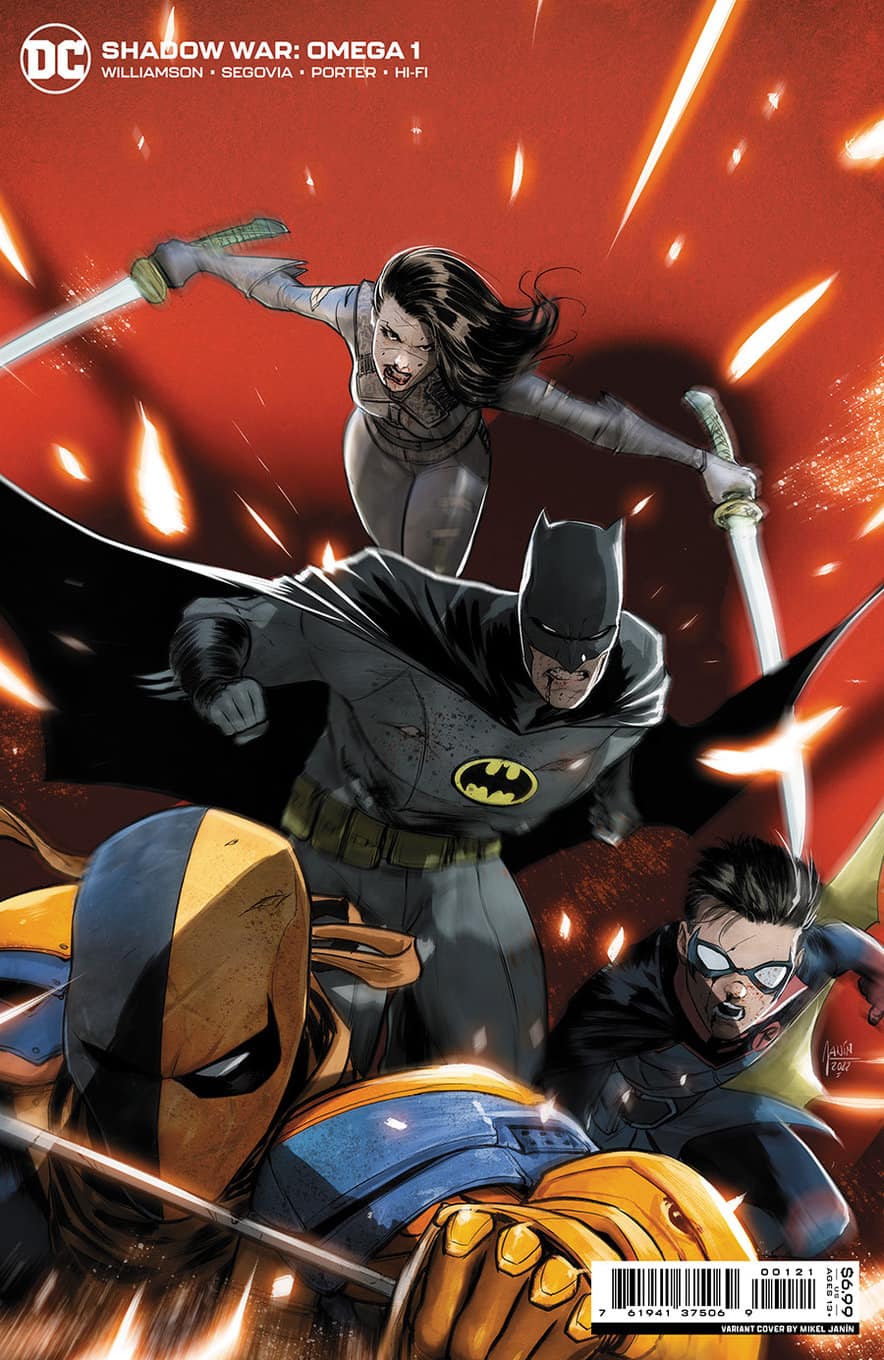 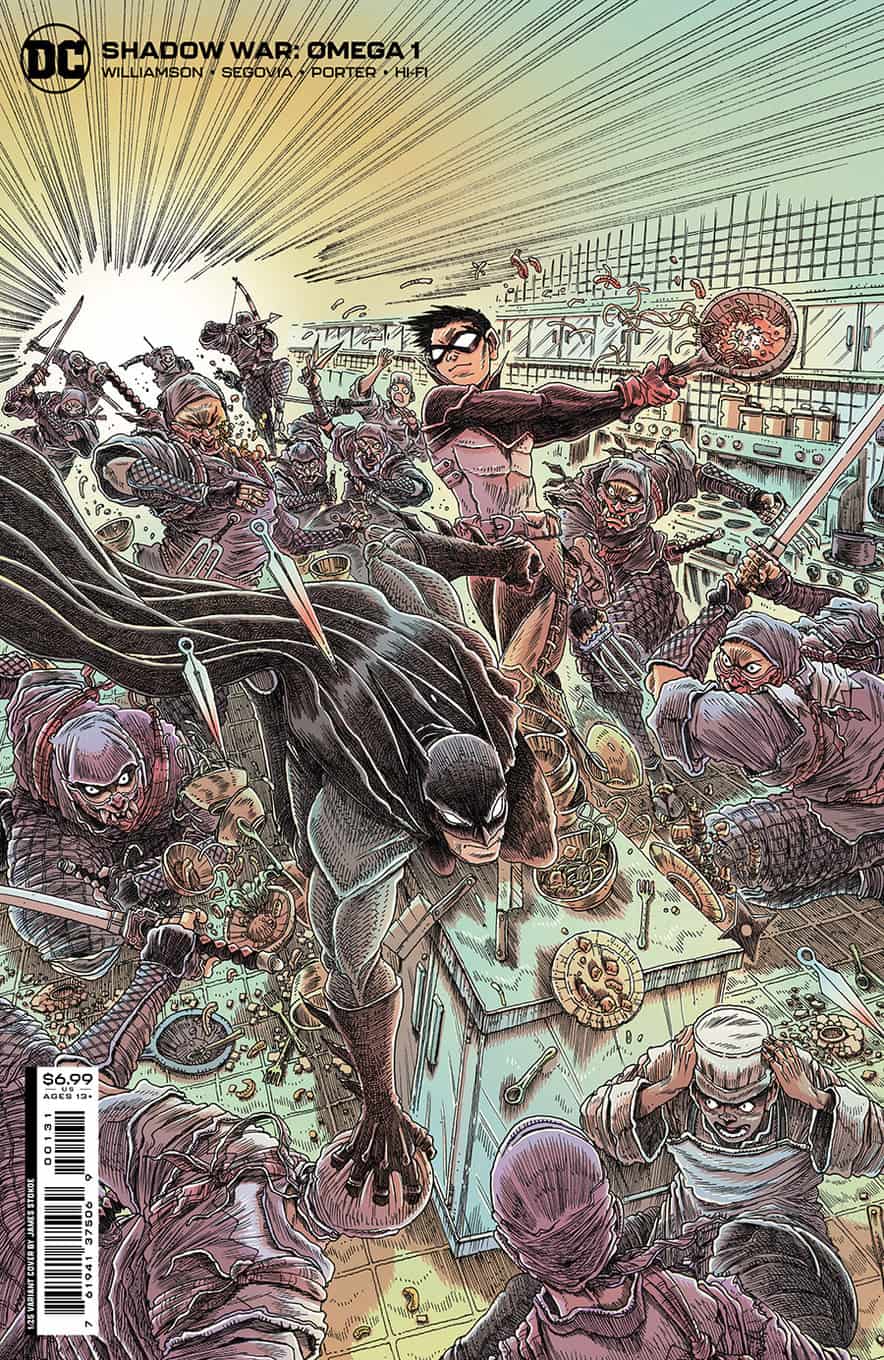 The promise of the issue can be deduced from its solicitation.

The shocking finale of the Shadow War! Lives have been lost. Heroes and villains have fallen in battle. And now the real mastermind behind the Shadow War has been revealed. But they are far from done! Batman and Robin are all that’s left to put a stop to their real plans. Can the father-and-son duo work together to save the day? Events in this issue lead directly into DC’s next big summer event! 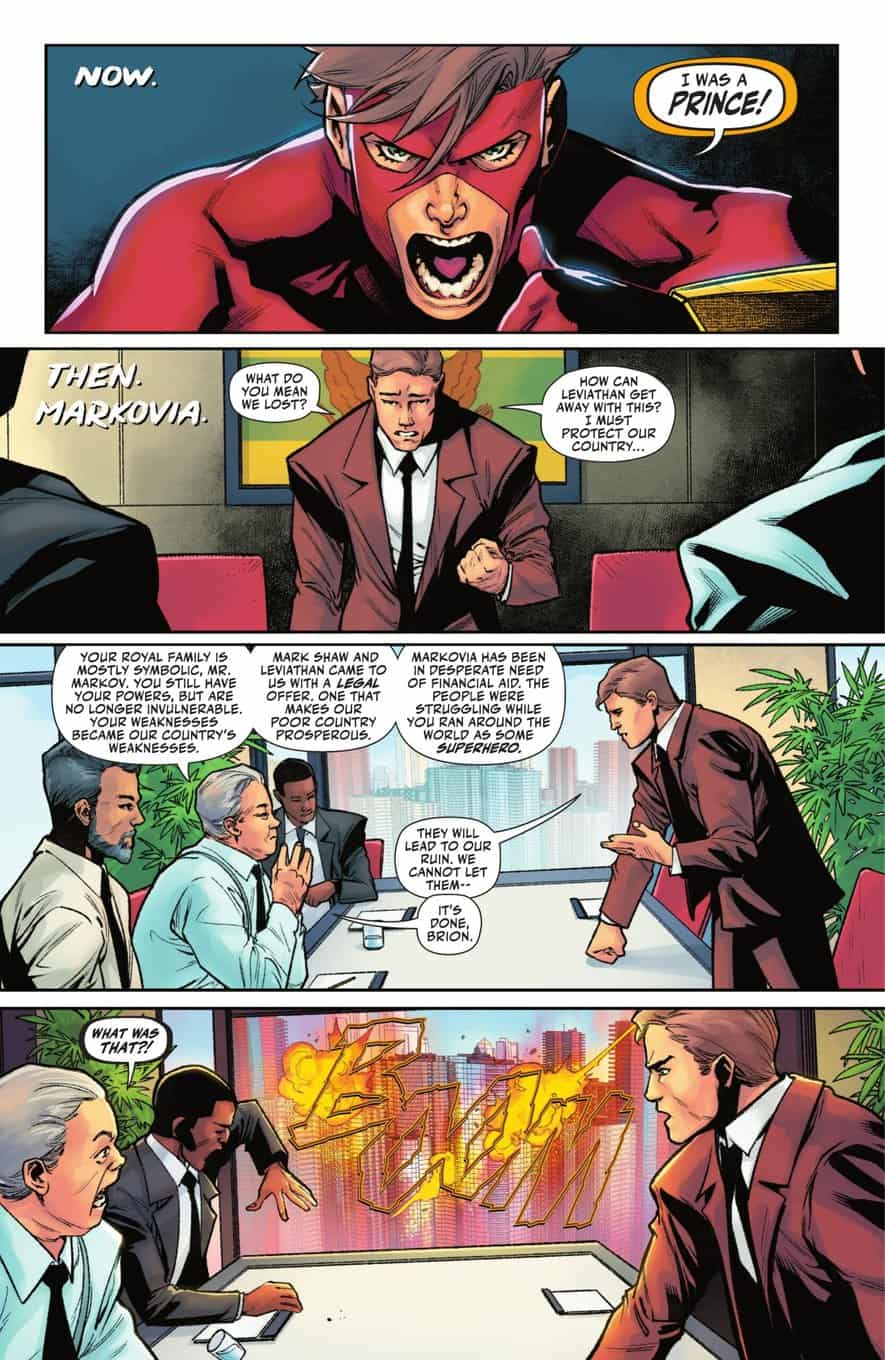 The book opens with the revelation of why Geo-Force turned heel. 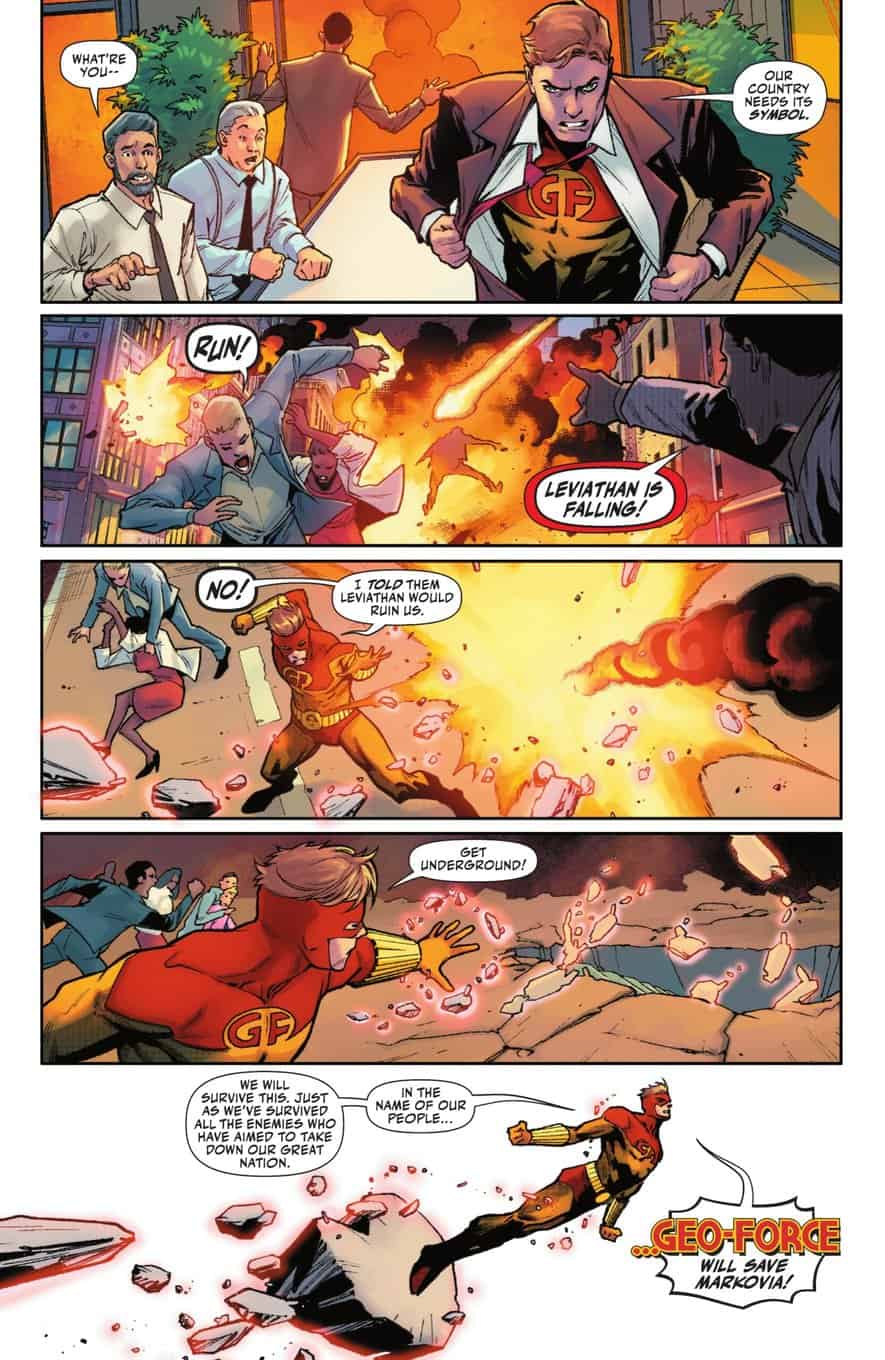 He wasn’t able to save Markovia from Talia Al Ghul and her criminal organization Leviathan. 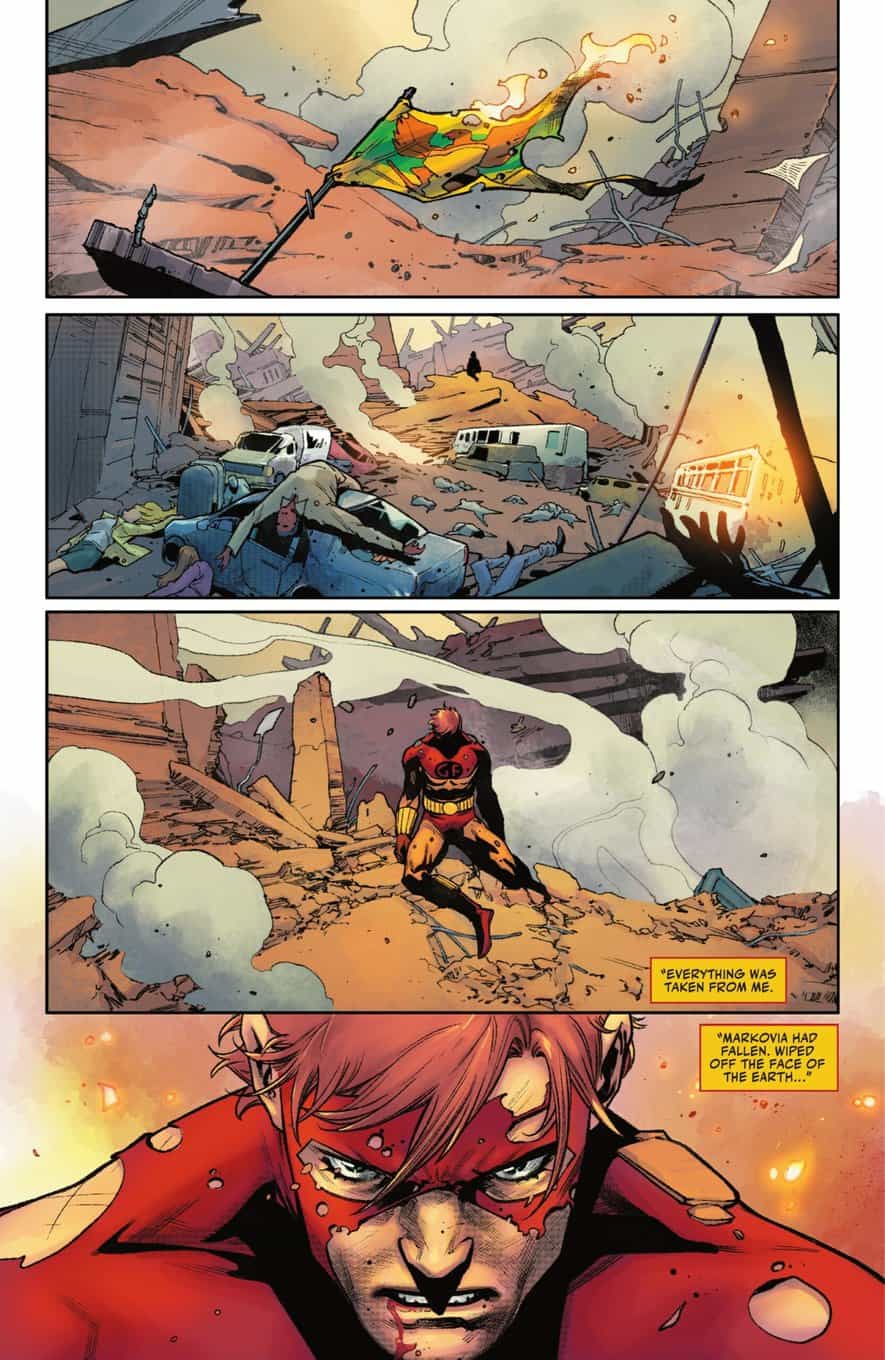 Then we pivot back to modern day where Geo-Force revealed that he killed Ra’s Al Ghul and framed Deathstroke. 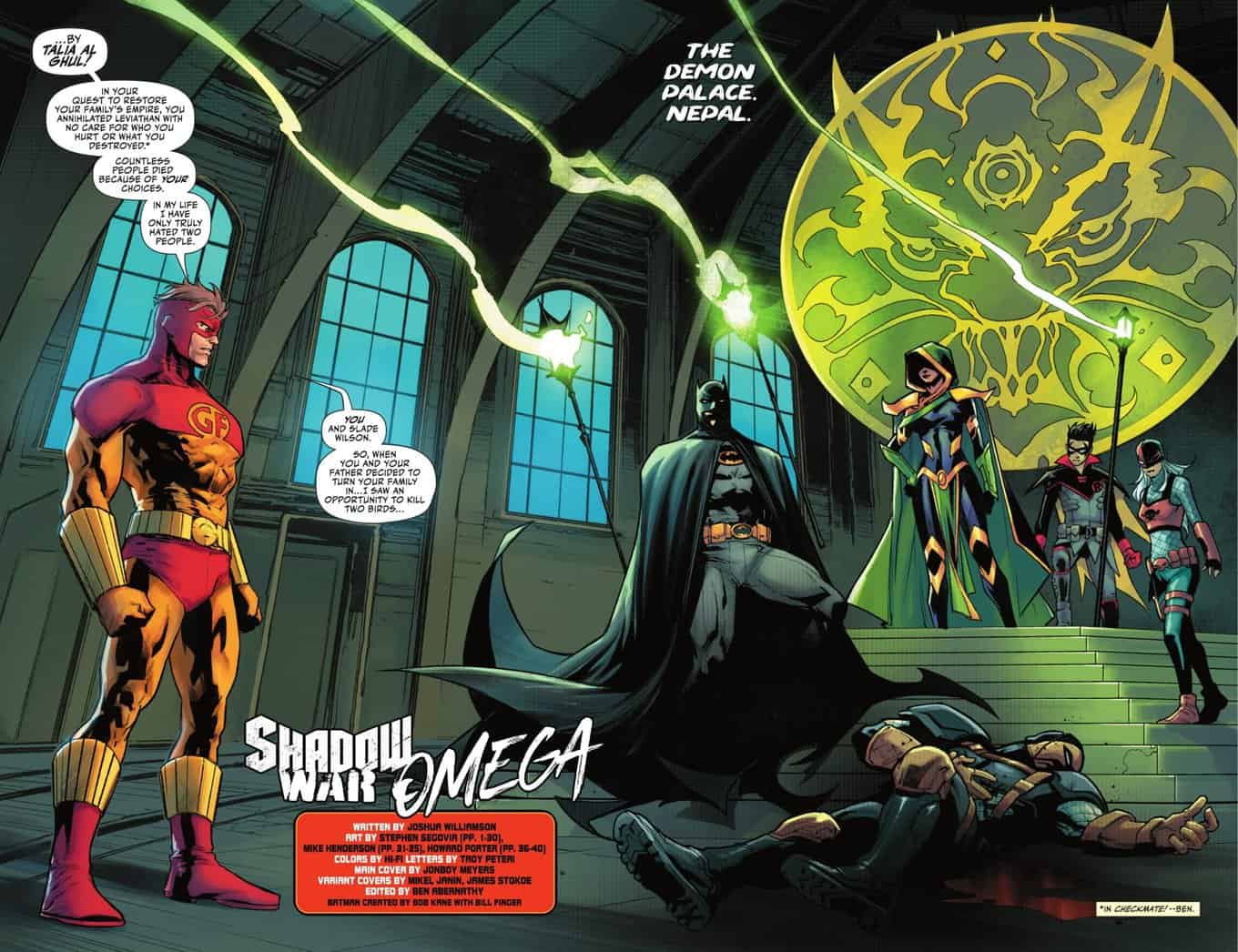 We also learn of that the trauma of what Deathstroke did to Terra, Geo-Force’s sistsr, back in the day also has compounded his mental decline. 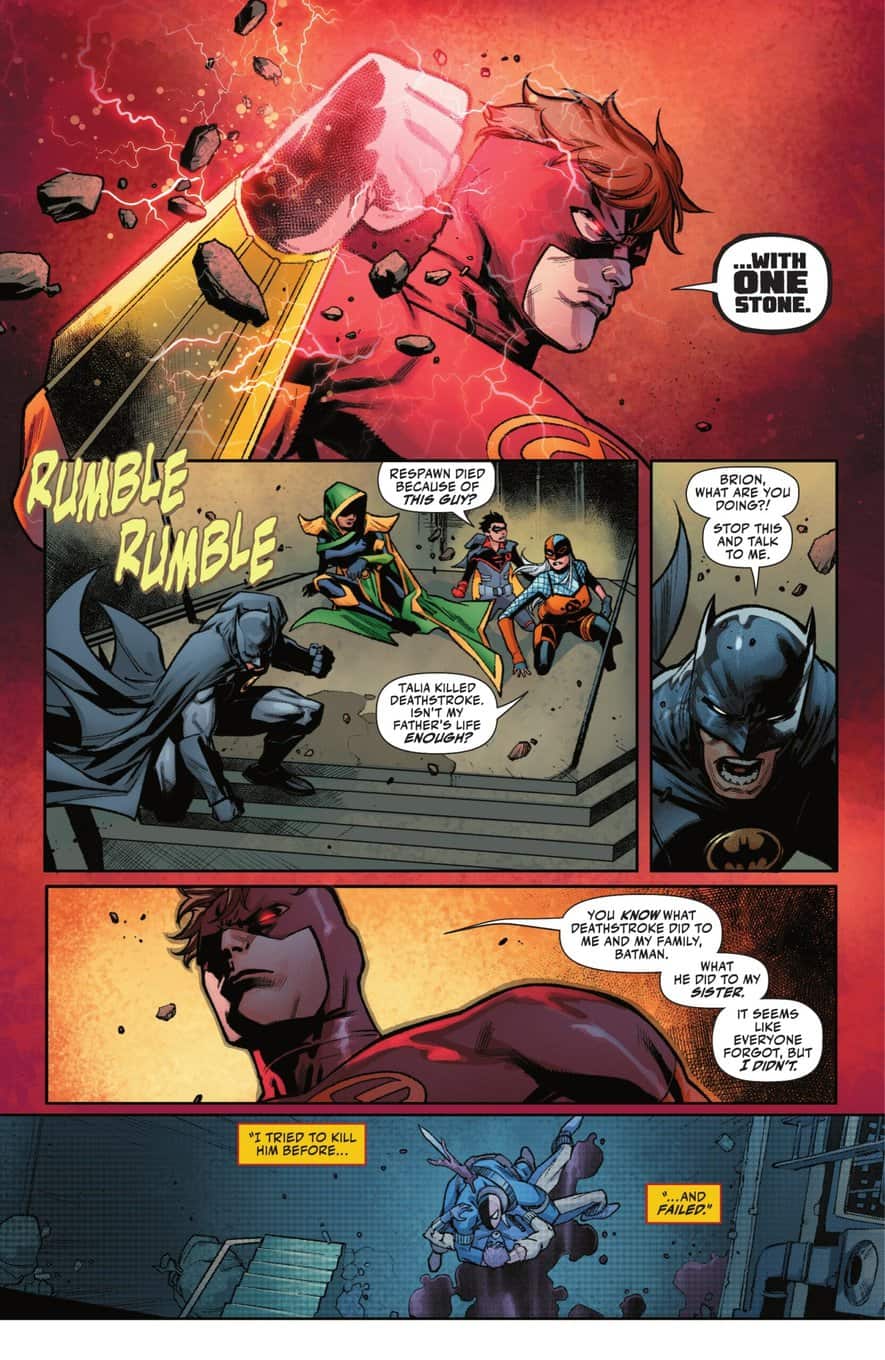 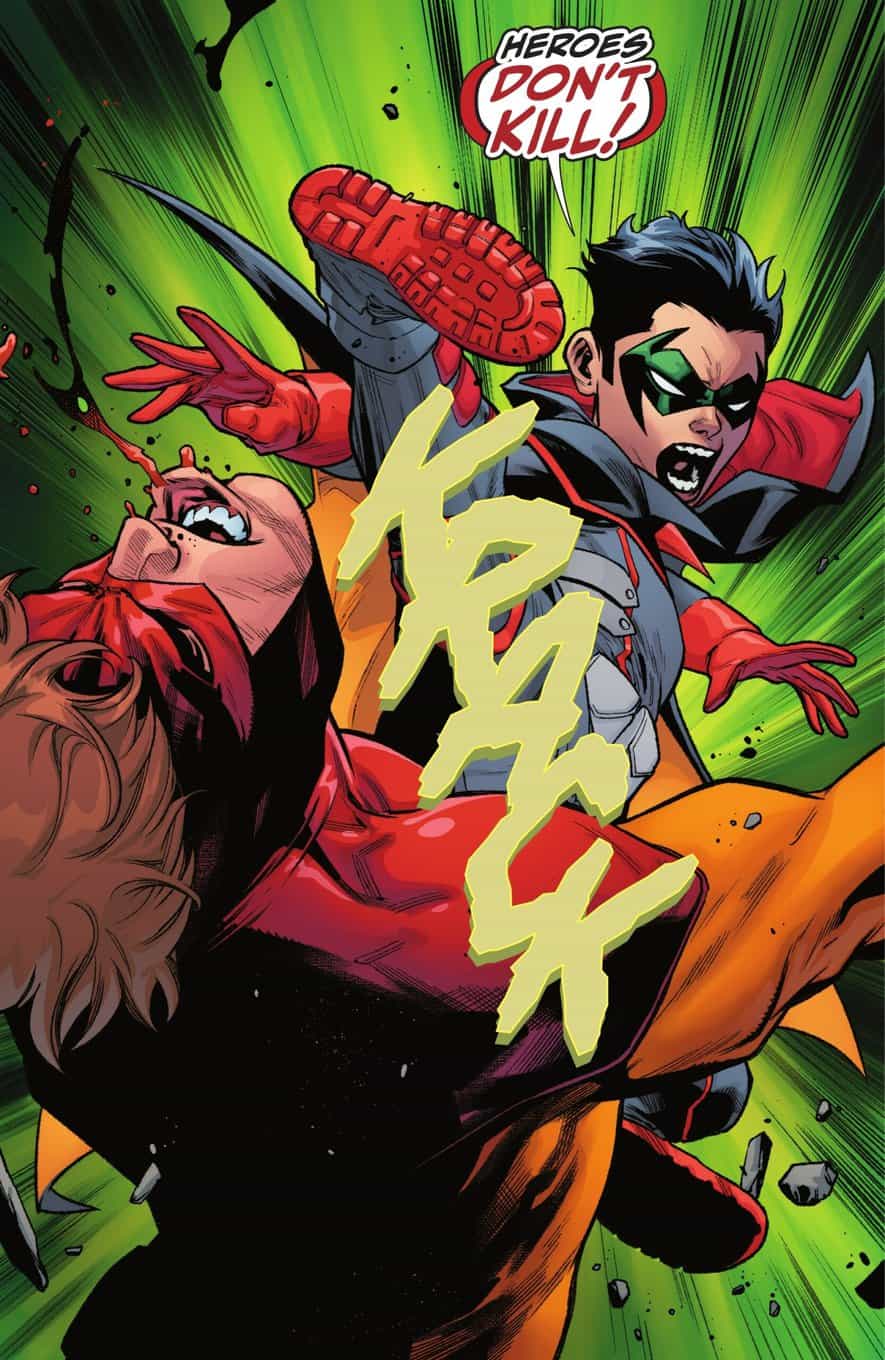 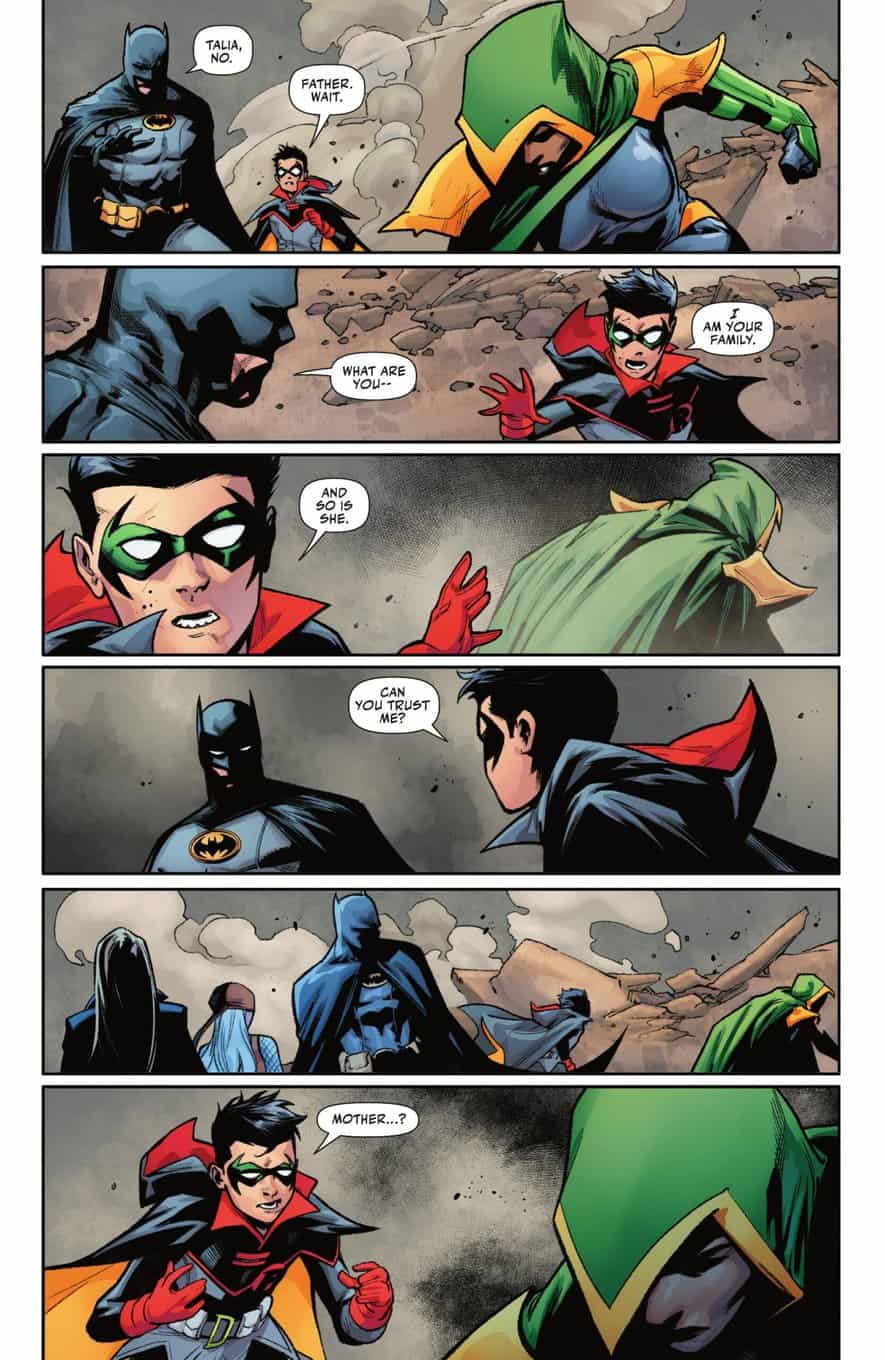 …her and Batman’s son convinced her otherwise. 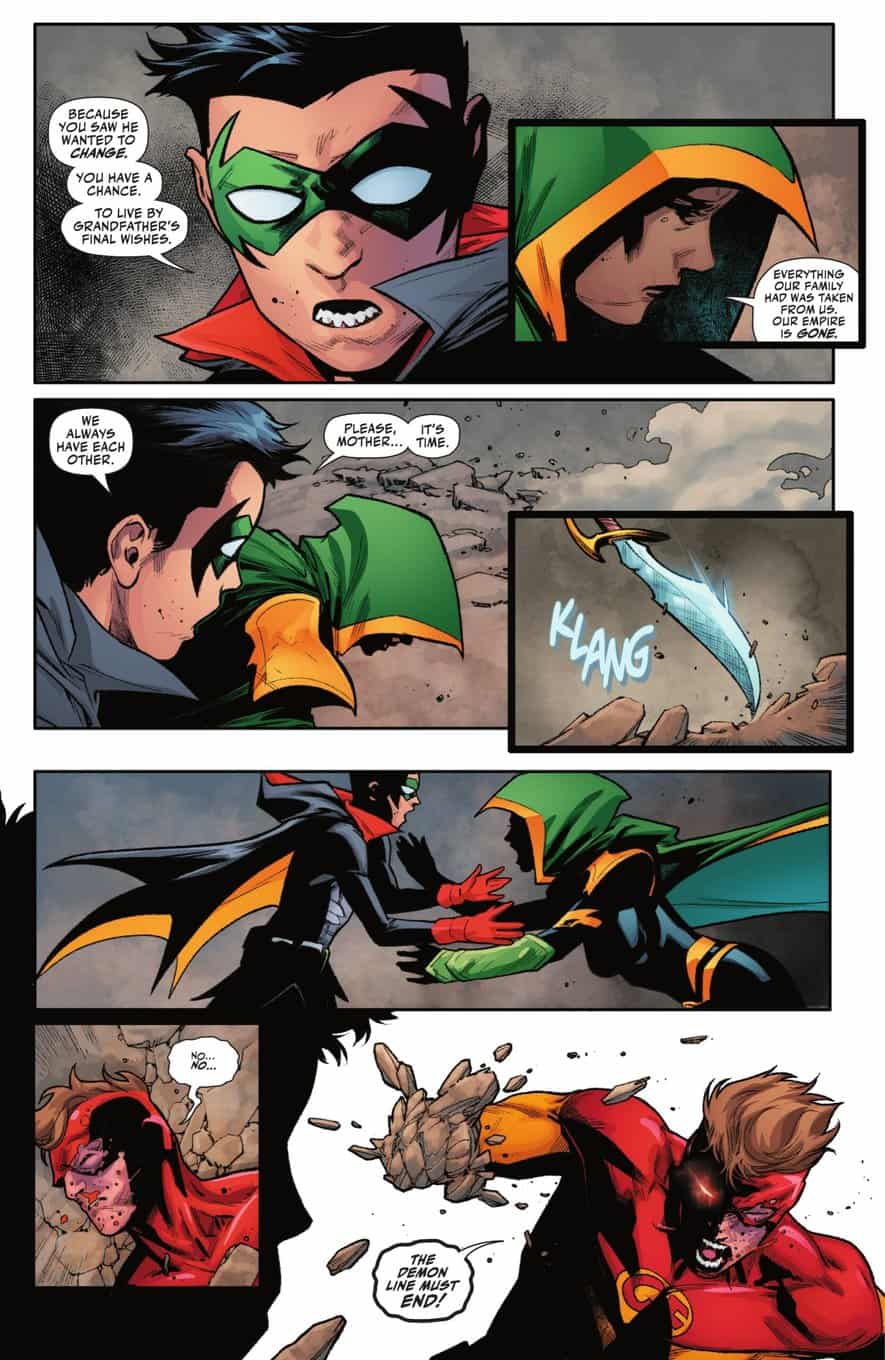 She does need to subdue him though. 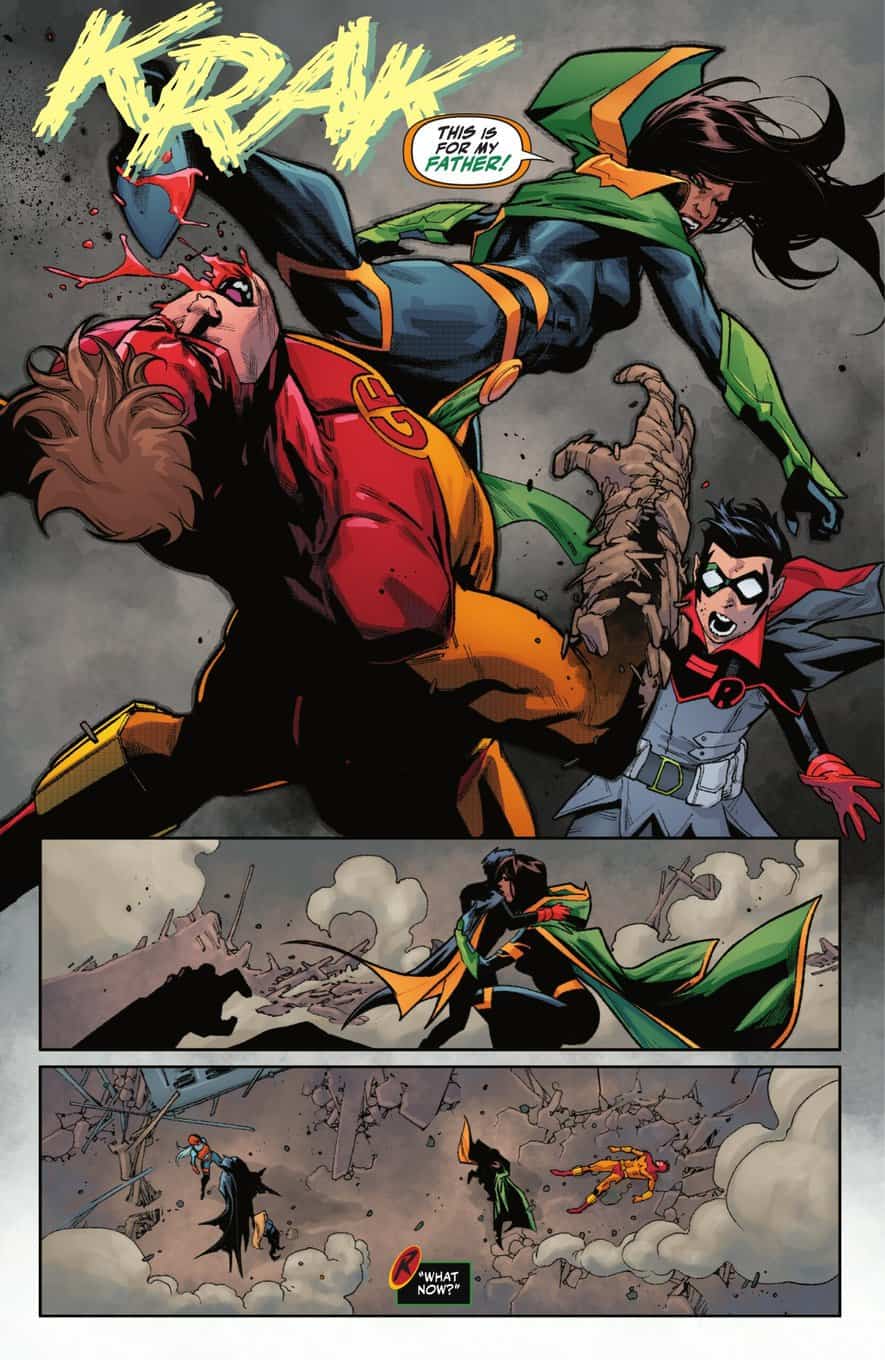 The book ends with Geo-Force and Talia Al Ghul imprisoned by Cameron Chase among other revelations. 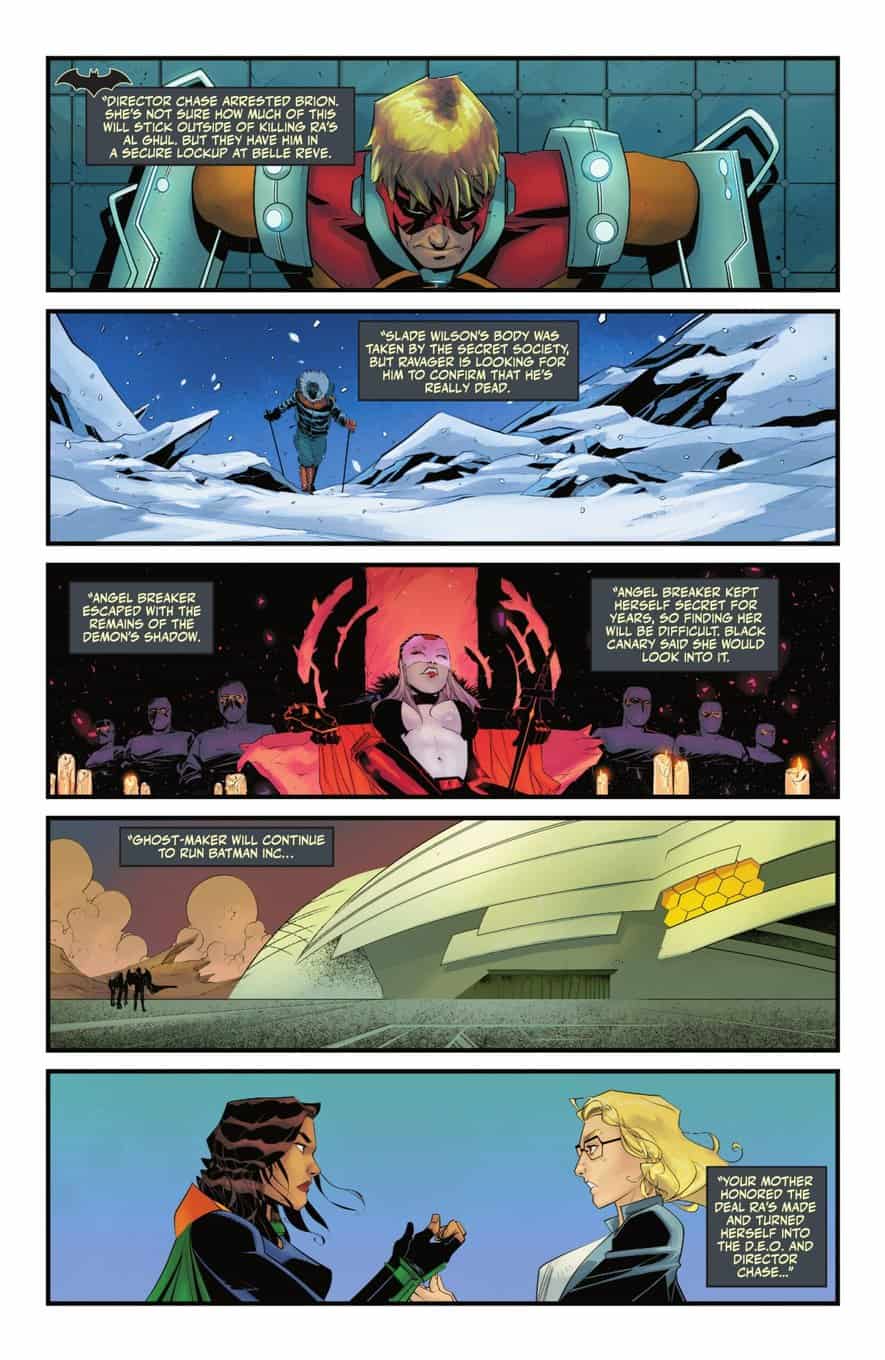 In the epilogue we learn of Slade Wilson Deathstroke’s fate. 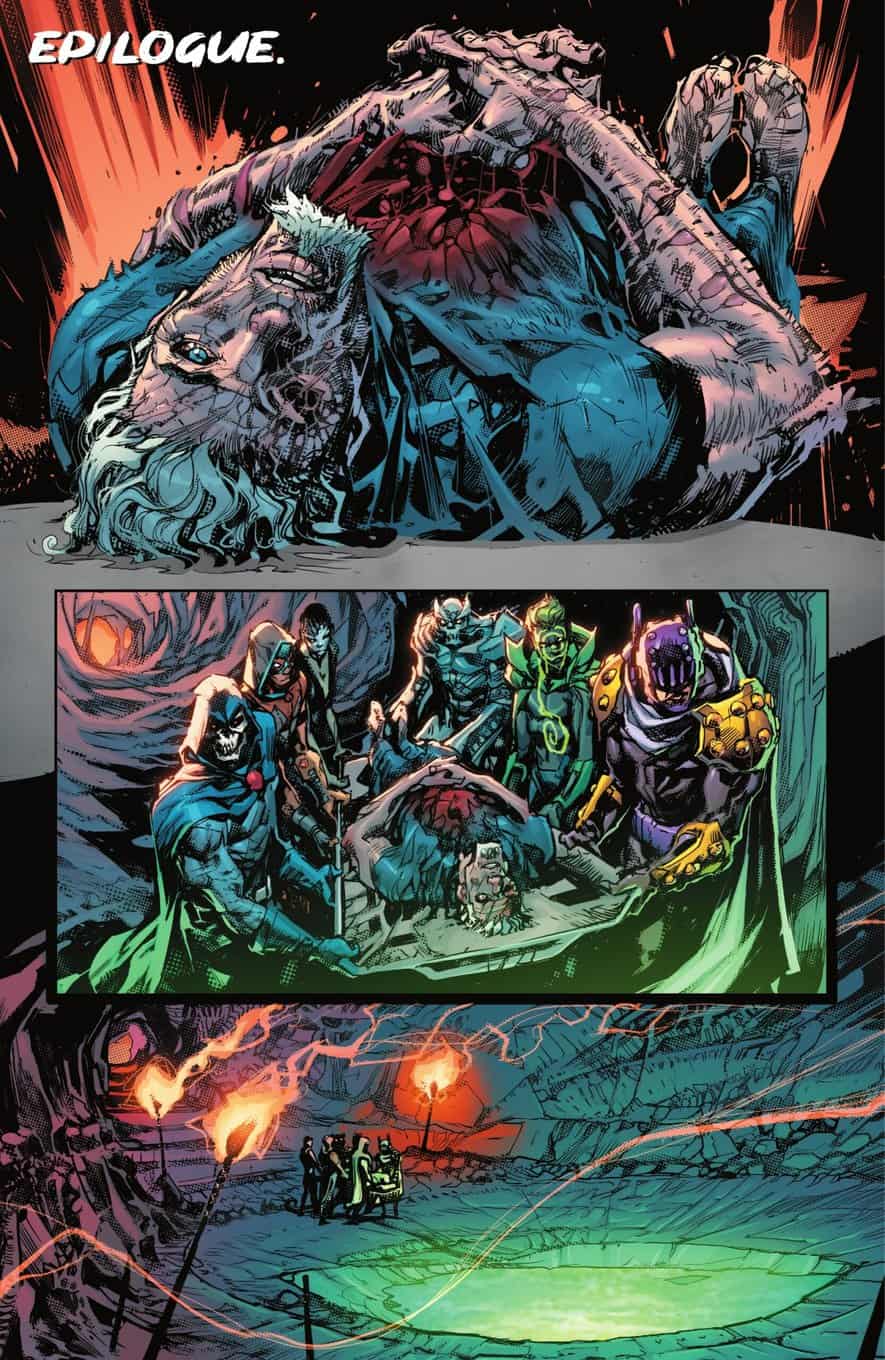 He’s been thrown into a Lazarus Pit by the Secret Society of Super-Villains. 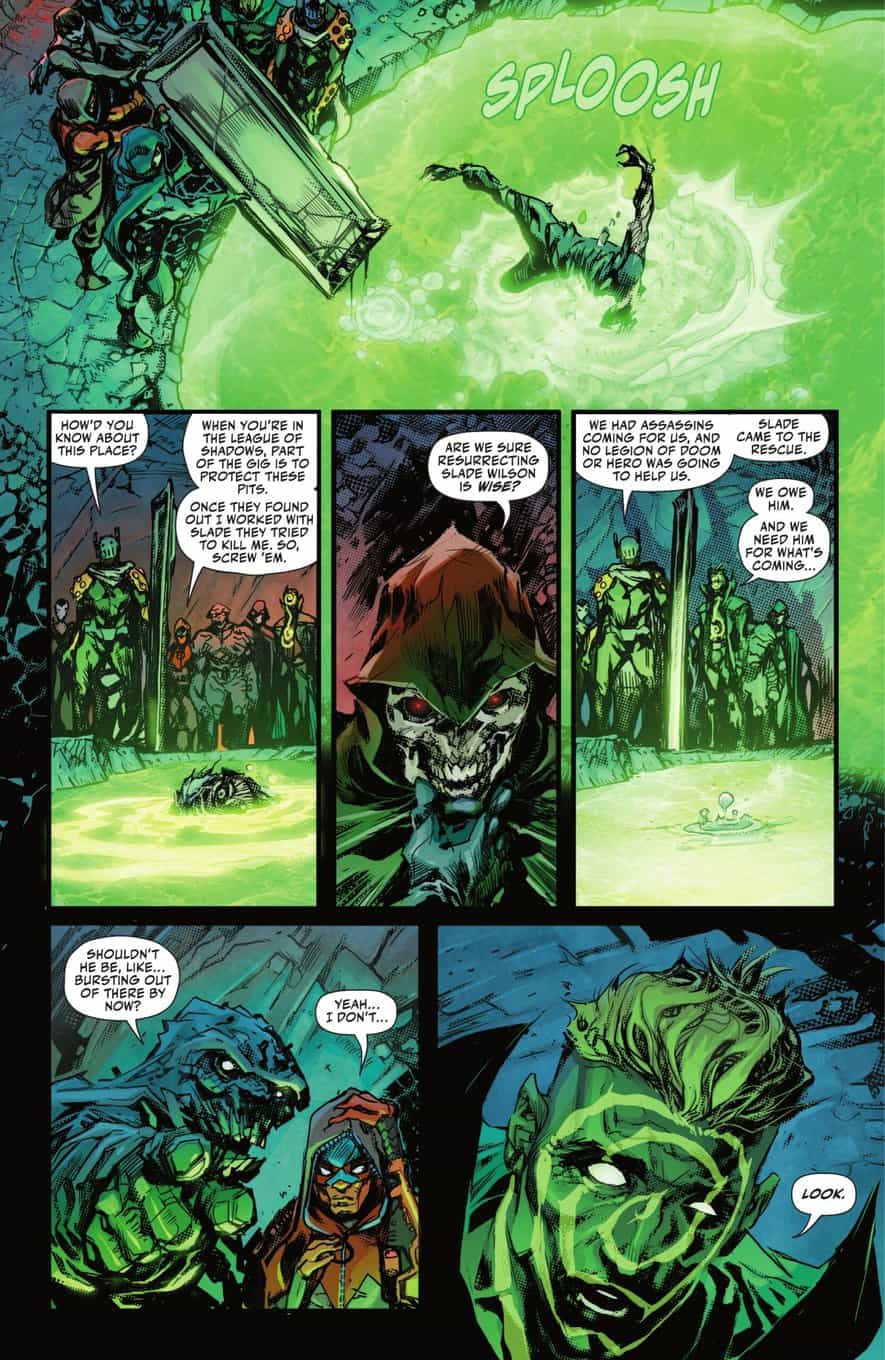 He is reborn with a new mission. 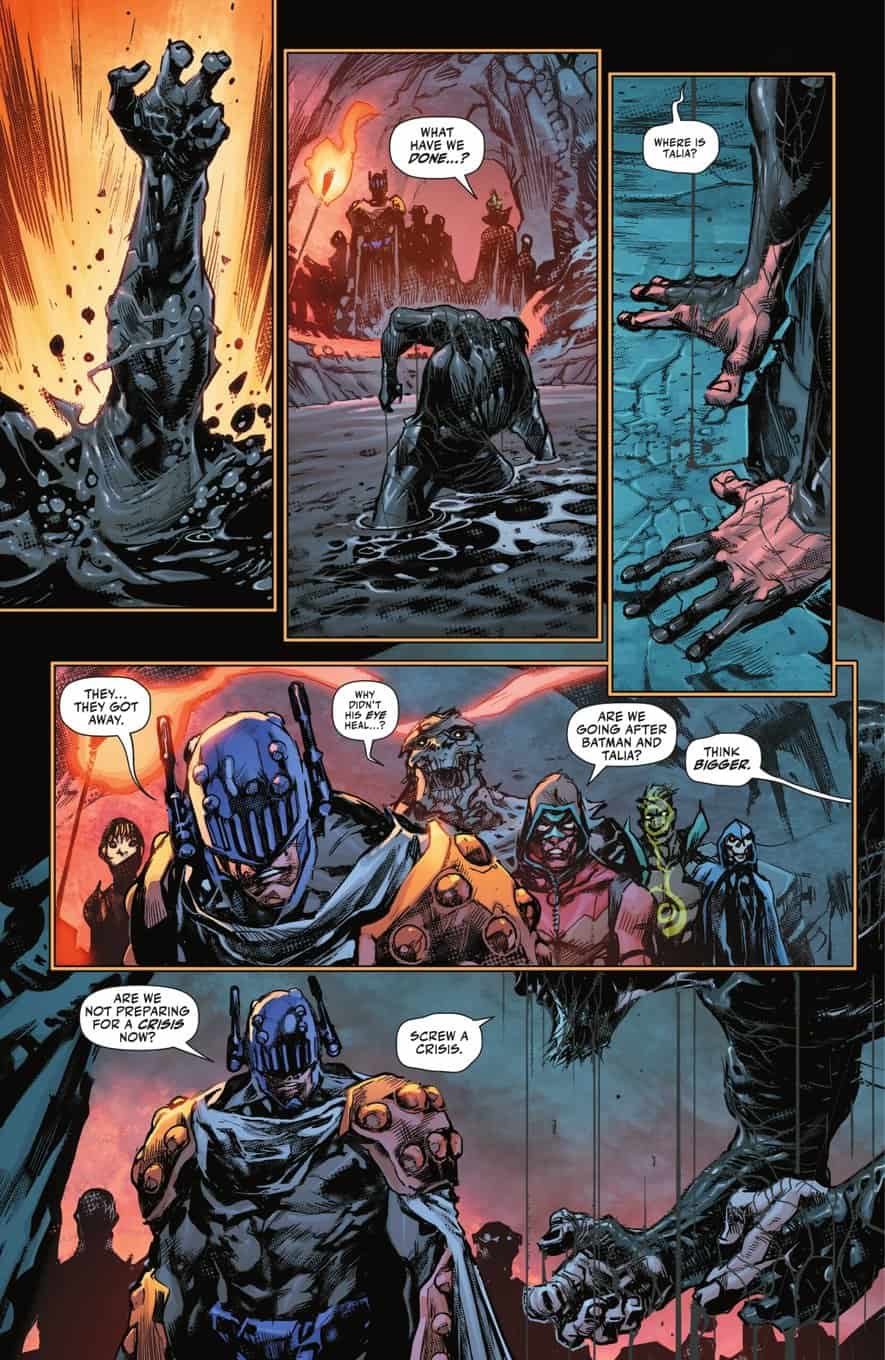 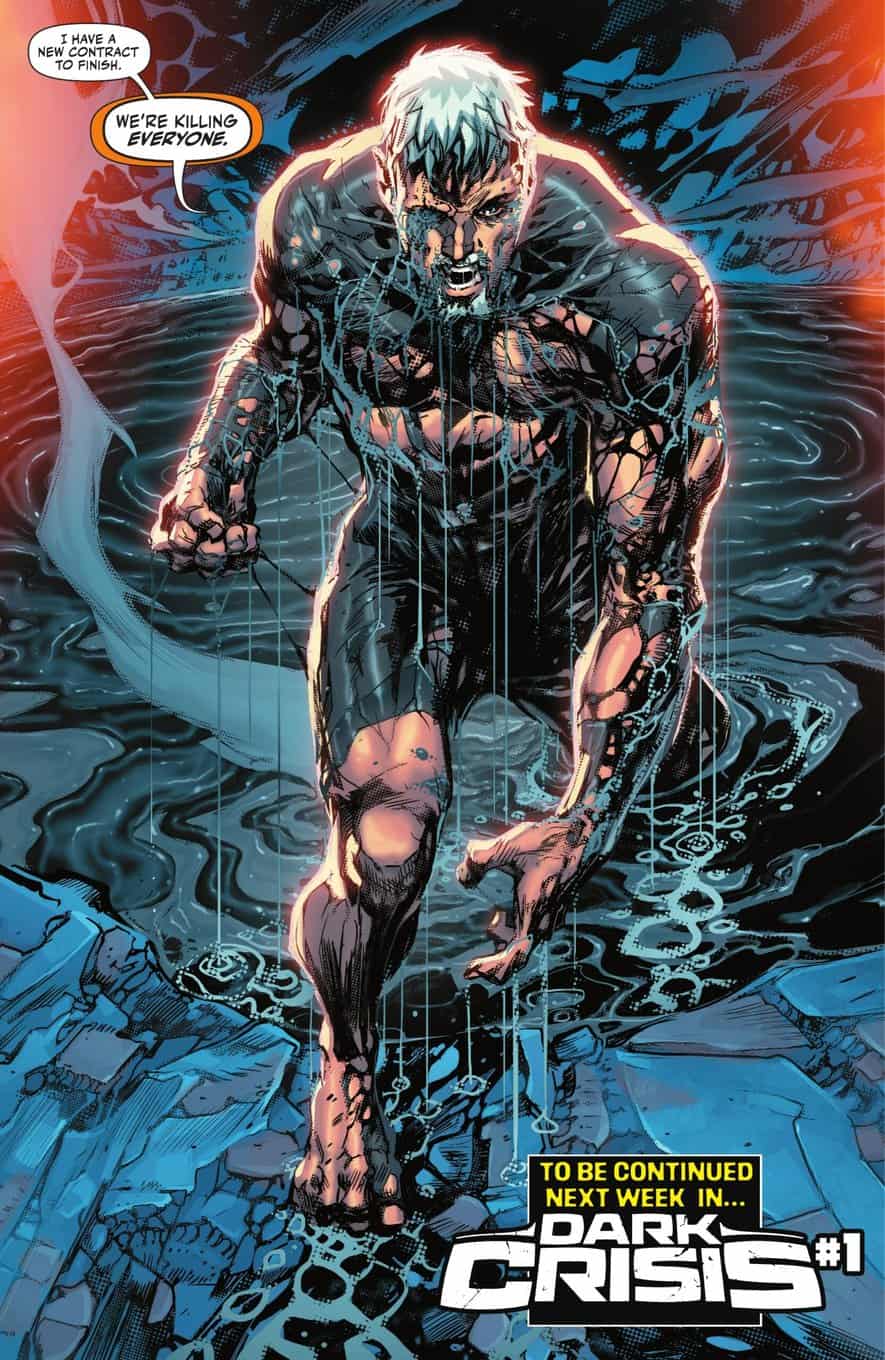 Is this the Lazarus Pit resurrection madness speaking or a genuine plan? 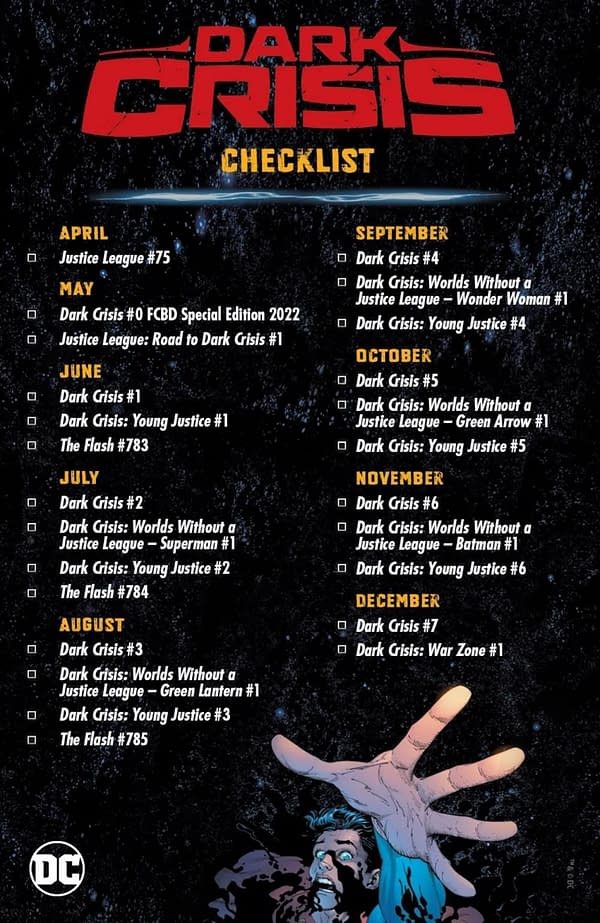 While much of this issue was a disappointment, not because the story was poor or due to the art, both were well crafted, but because Geo-Force has been a longstanding fave super-hero of mine. Seeing his villainous and murderous turn was sad to see. Understandable, when you read the mental trauma he revealed this issue, but still sad. The epilogue sets up Deathstroke and his Secret Society of Super-Villains role in Dark Crisis which is intriguing. 7 out of 10.