After Over 22 Consecutive Years In Various Creative & Executive Roles With Marvel, Joe Quesada Makes His Exit!

After Over 22 Consecutive Years In Various Creative and Executive Roles With Marvel, Joe Quesada Makes His Exit!

Joe Quesada made the announcement on his various social streams this week. 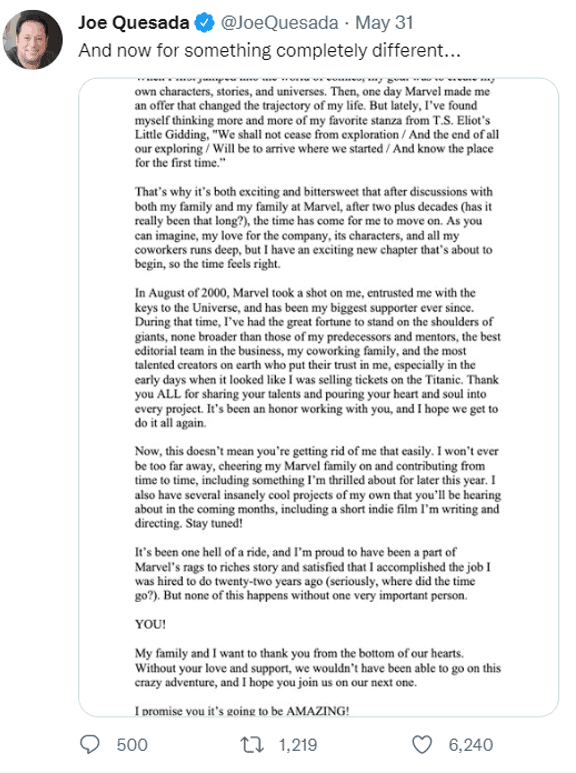 Here’s a better look at the full message. 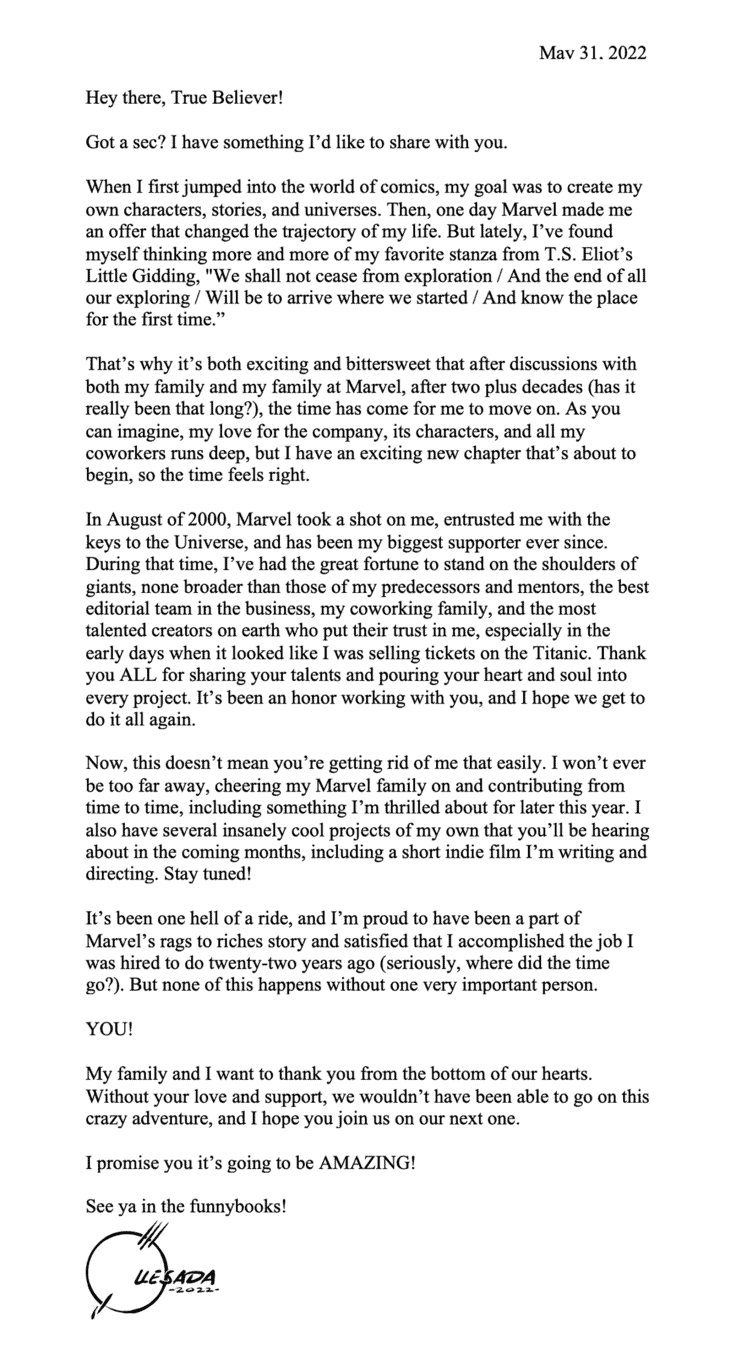 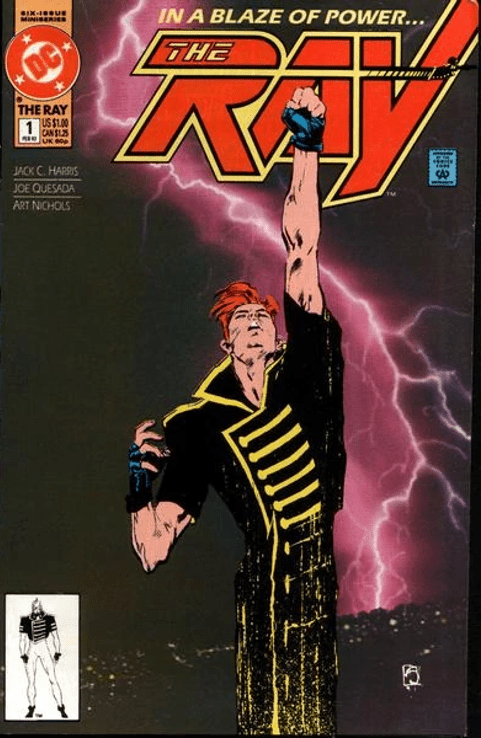 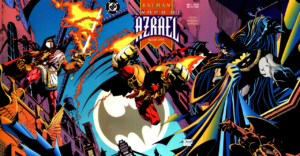 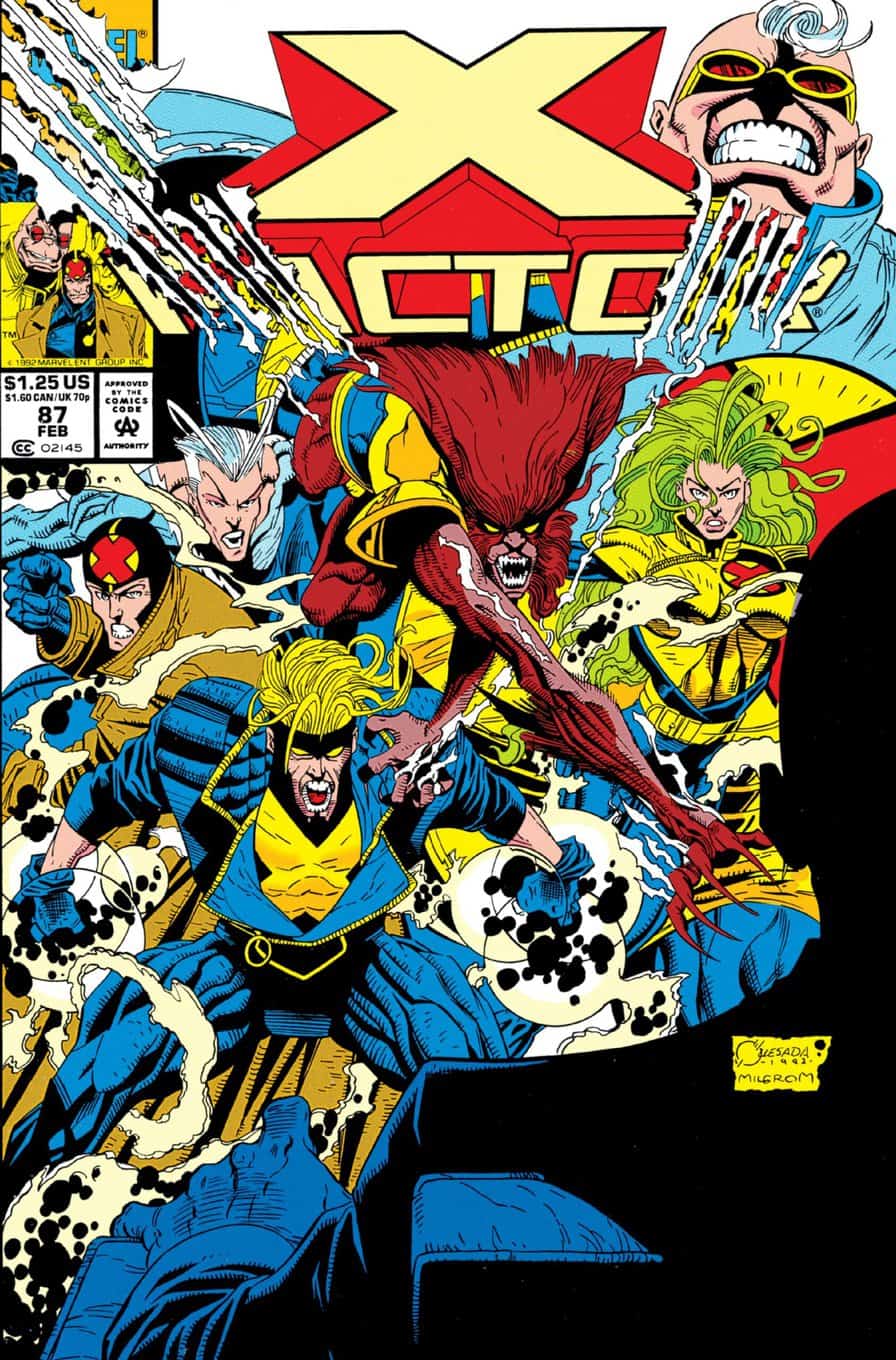 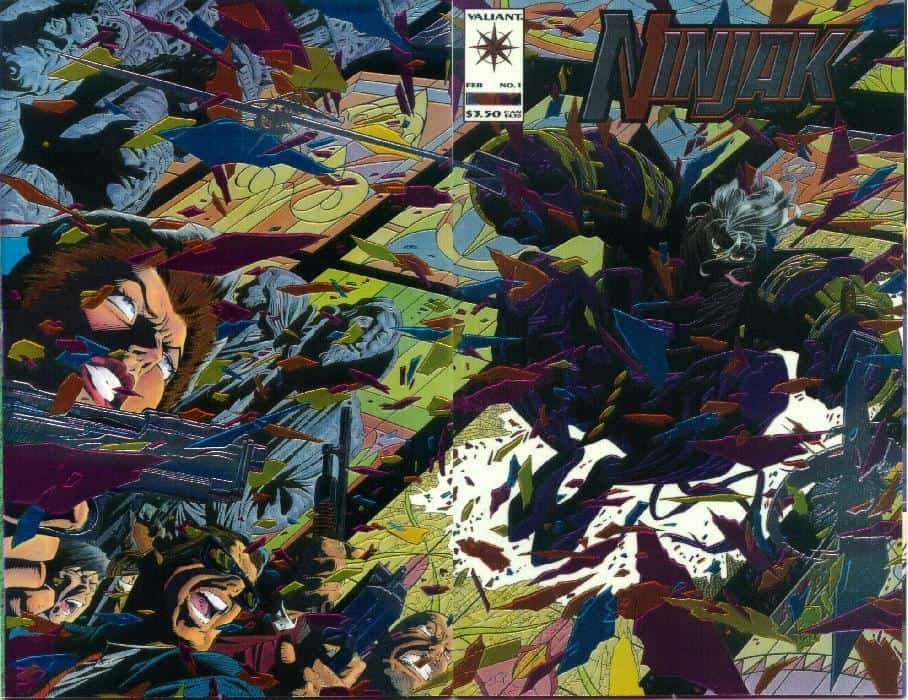 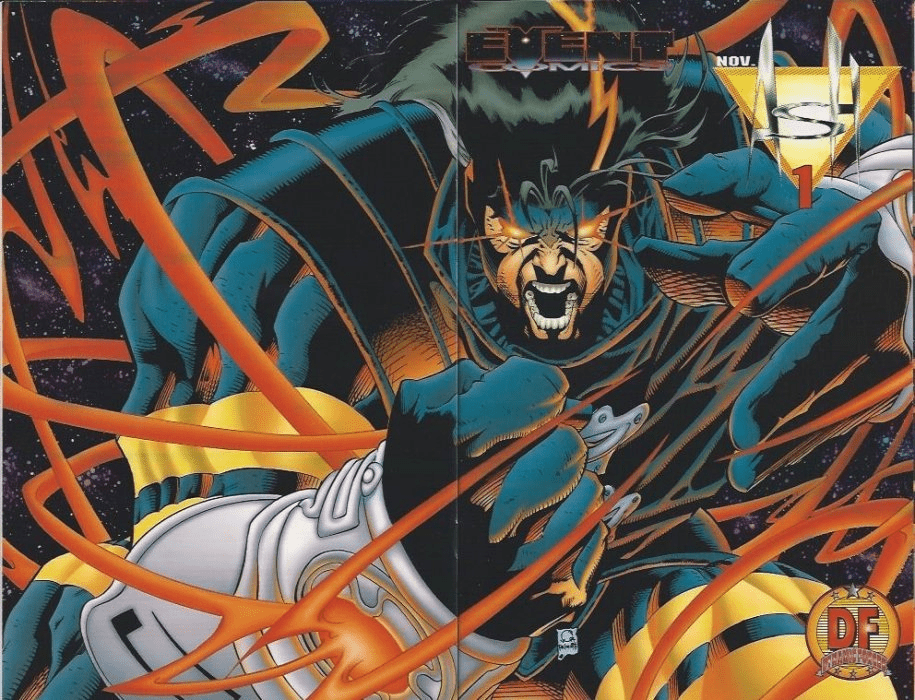 Launching his own company called Event Comics with Jimmy Palmiotti and launching its then first super-hero with Ash #1 in January 1994. 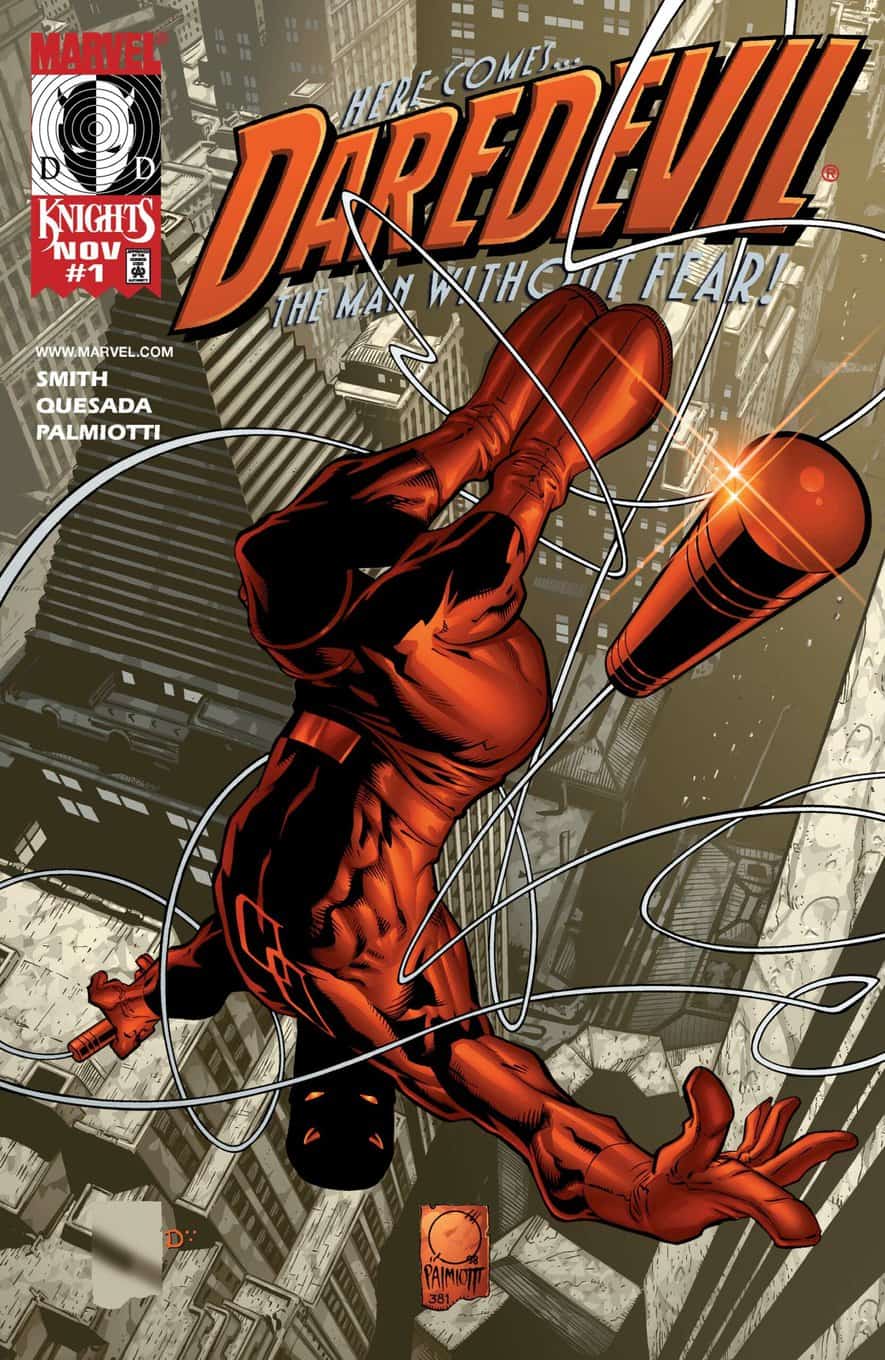 His return to Marvel and creation of the Marvel Knights imprint with Jimmy Palmiotti and its lead title Daredevil #1 in November 1998.

Wishing Joe Q much success and fulfillment in his next creative endeavours.