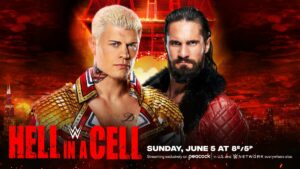 Seth “Freakin” Rollins came into the Hell in a Cell Match with supreme confidence, having been in four previous encounters, whereas it was Cody Rhodes’ first time competing in the unforgiving steel enclosure. Making matters worse for Rhodes, it was announced on Hell in a Cell Kickoff that his right pectoral tendon had completely torn off the bone while weight training.

Rollins started the mind games before the bell even rang, having the temerity to wear black and yellow polka dot gear, an obvious reference to Rhodes’ father, The American Dream Dusty Rhodes.

The moment Rhodes removed his jacket, the bruising on his pectoral muscle was apparent. Rhodes’ chest was a dark purple, shocking the Chicago crowd into silence. Rhodes’ injury was like a brightly colored target, with The Visionary wasting no time aggravating the area, poking a Kendo stick into his opponent’s chest.

The mind games continued for Rollins, as he donned his opponent’s signature jacket and used a polka dot patterned weight belt to hit Rhodes again and again. With each blow Rollins landed on Rhodes, the torture The American Nightmare endured became more intense.

A vast assortment of objects entered the fray, including a table that Rollins crashed through, and a bull rope with a cowbell that Rhodes used against his sadistic foe.

Rhodes received a post-match standing ovation for his efforts, as he showed the WWE Universe an incredible level of tenacity and heart inside Hell in a Cell. 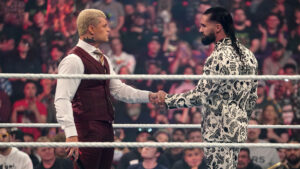 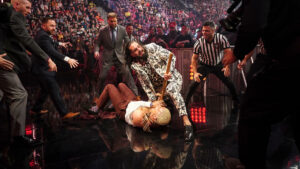 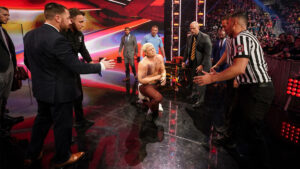 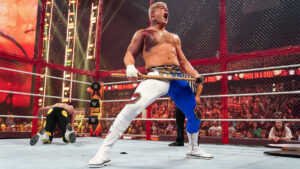 After heroically battling through a torn pectoral muscle against Seth “Freakin” Rollins inside WWE Hell in a Cell and then suffering a sinister sneak attack by The Architect the following night on Raw, Cody Rhodes underwent a successful surgical procedure to repair his injury on Thursday.

Brandi Rhodes, wife of The American Nightmare, tweeted an update on Cody’s condition.

The doctor just repaired Cody's pectoral tendon which was torn completely off the bone. Successful surgery. He is on the road to recovery now.