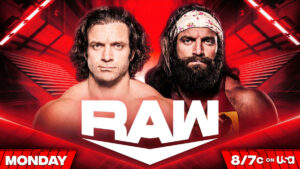 The WWE Universe will once again “Walk with Elias” as Ezekiel’s older brother returns to perform one more concert.

With certain WWE Superstars still under the impression that Ezekiel is Elias, the WWE rookie intends to put the controversy to rest once and for all when he stands side-by-side with his brother in the ring.

Will the two brothers put on the concert of a lifetime, or will a skeptical Kevin Owens interrupt the reunion?

WWE further reports a recap of this week’s Zeke match on Raw. 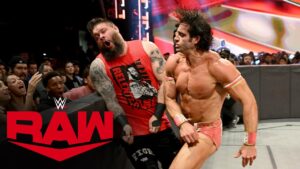 KO wasted little time, hitting Ezekiel with a Cannonball and a Swanton Bomb right from the get-go. Ezekiel turned the tide, however, executing a spine-tingling Fireman’s Carry on Owens onto the unforgiving steel steps.

After being knocked out of the ring by Ezekiel with a high knee strike, Owens became enraged, repeatedly stating that Ezekiel is Elias. This diatribe led to KO being counted out and gifted Ezekiel the win.

After the bout, Ezekiel stated his intentions to qualify for the Money in the Bank Ladder Match and revealed a surprise: Next week on Raw, Elias will return for a special concert! 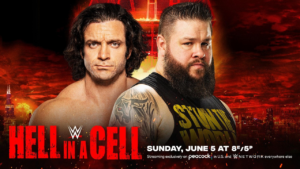