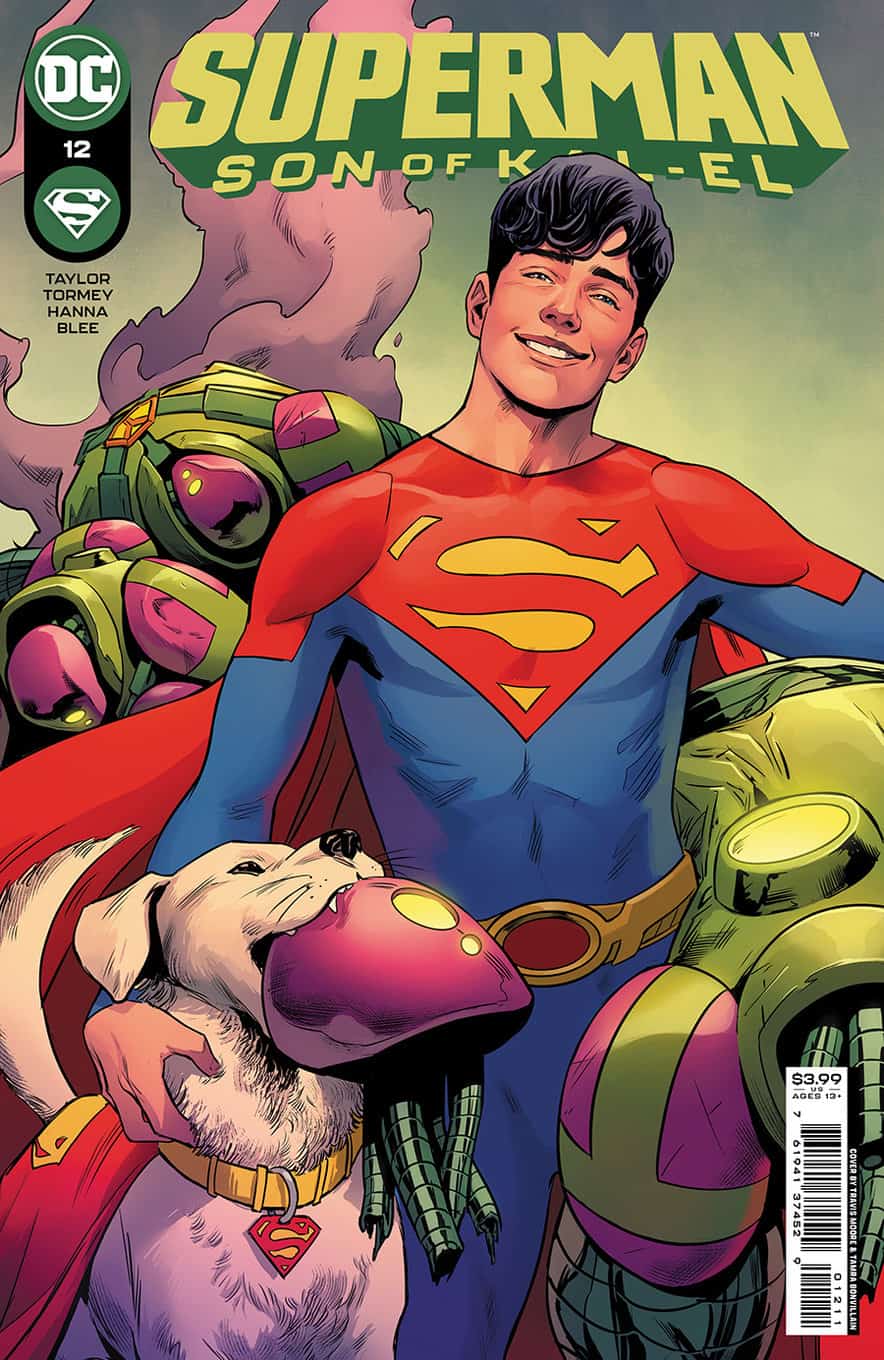 The issue has a few variant covers below to complement the main cover above. 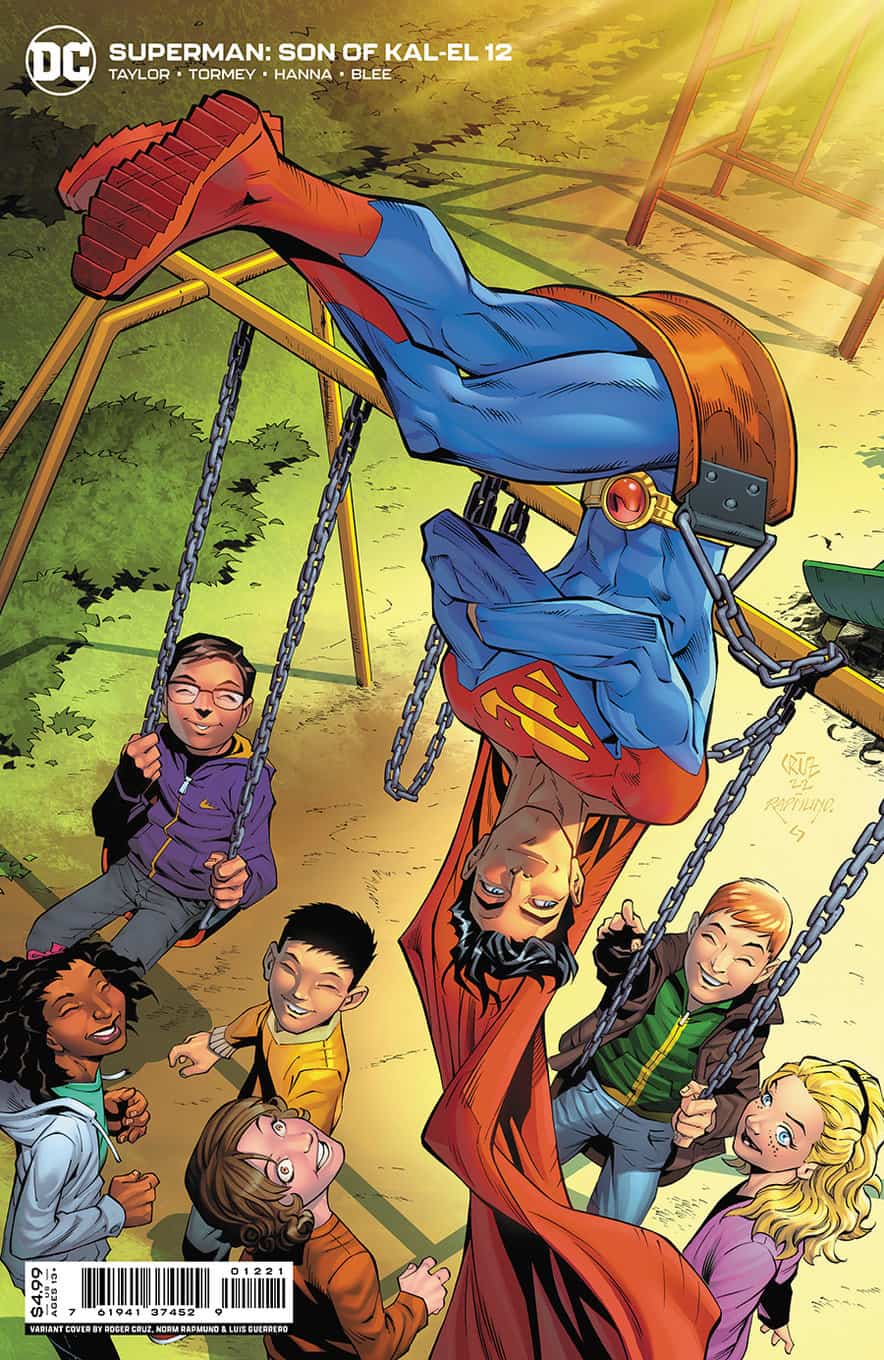 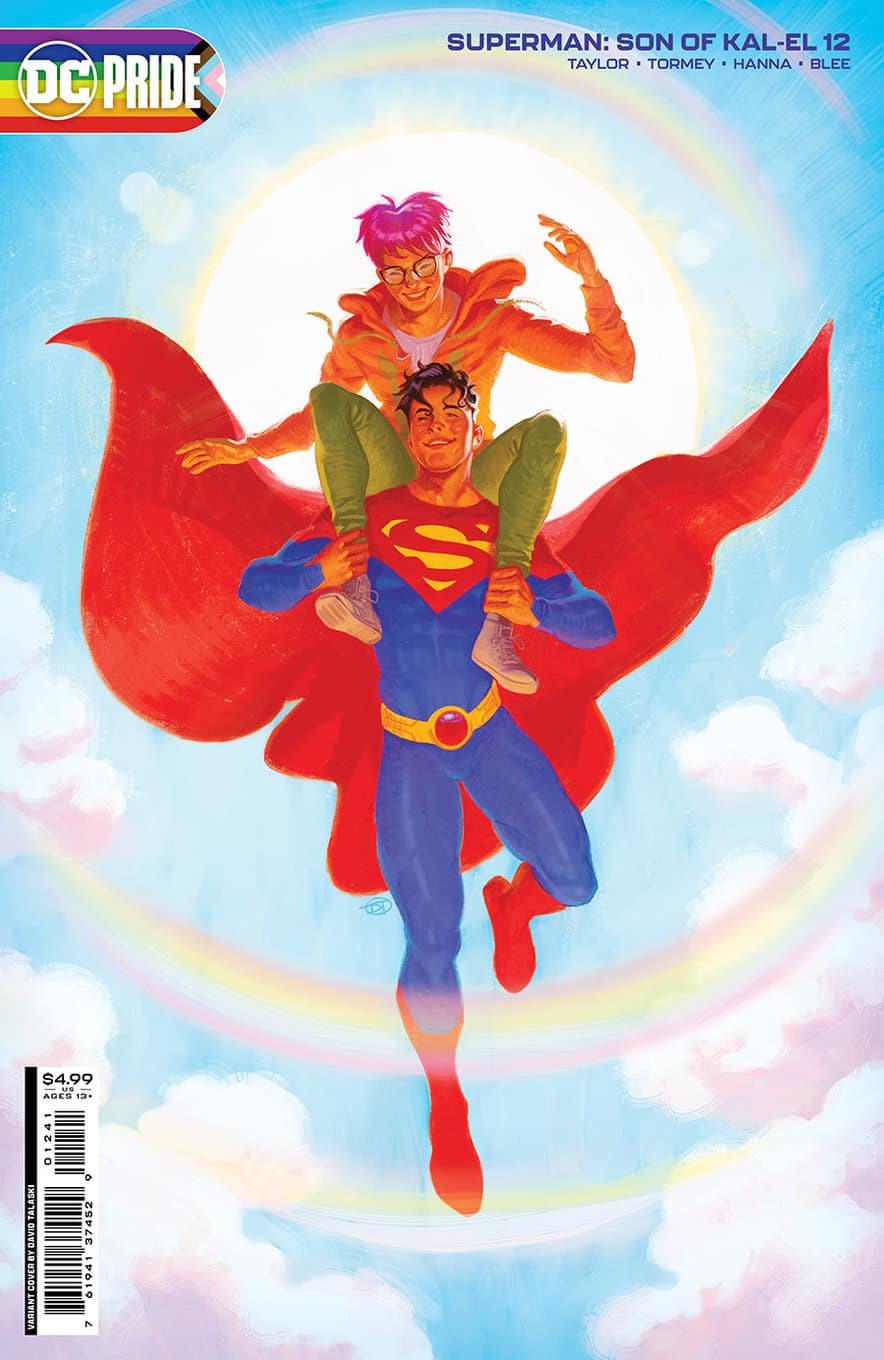 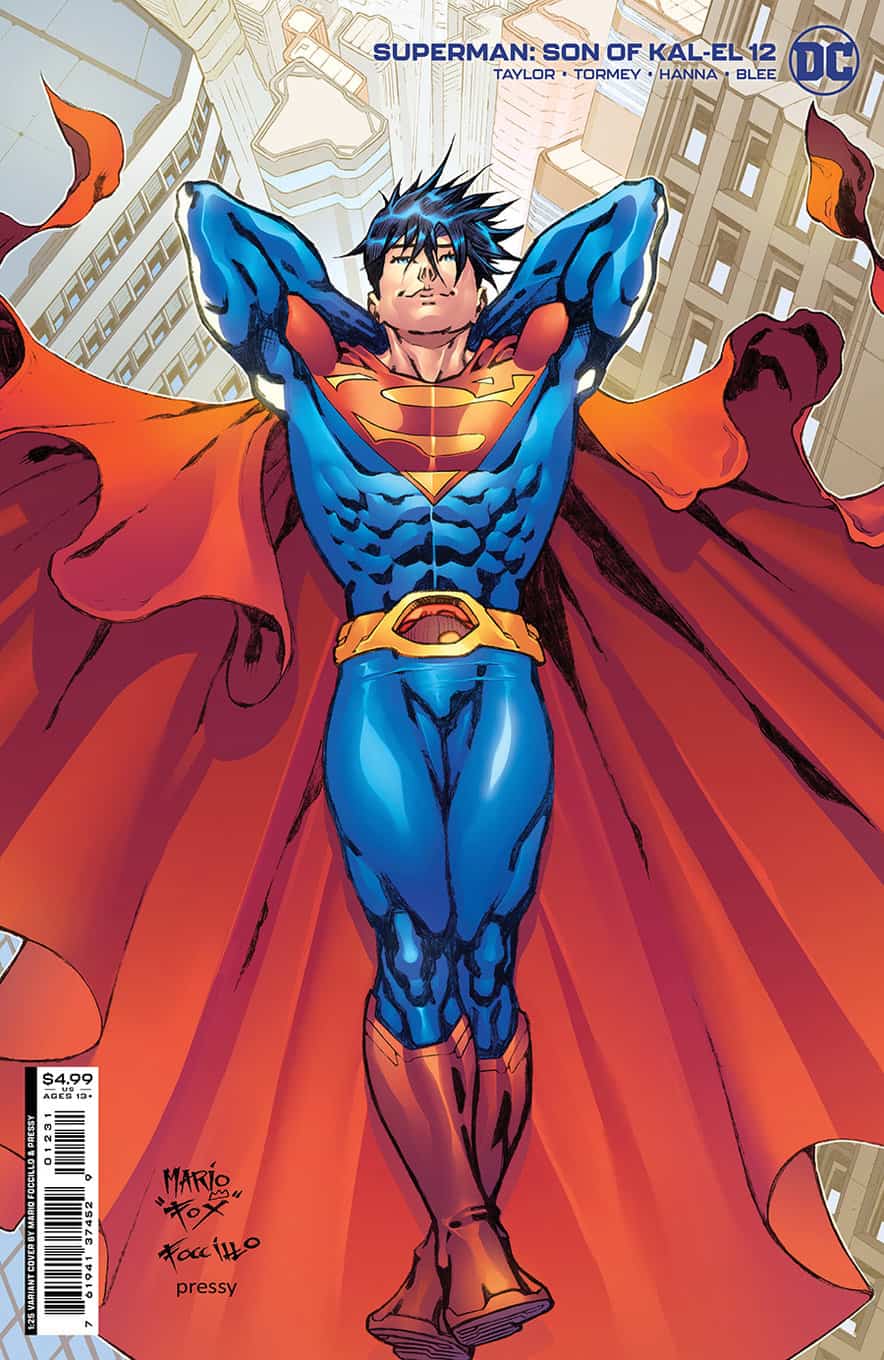 The book’s promise can be discerned from its solicitation.

Lex Luthor and President Bendix have joined forces to unleash the Gamorra Corps on Superman…and put a stop to the first son of the Last Son of Krypton once and for all. But a new hero has joined the fight…and he’s going to use that tin-can suit like a chew toy if Luthor isn’t careful. Welcome back, Krypto. Who’s a good boy?

The Justice League safe house is under attack, but… 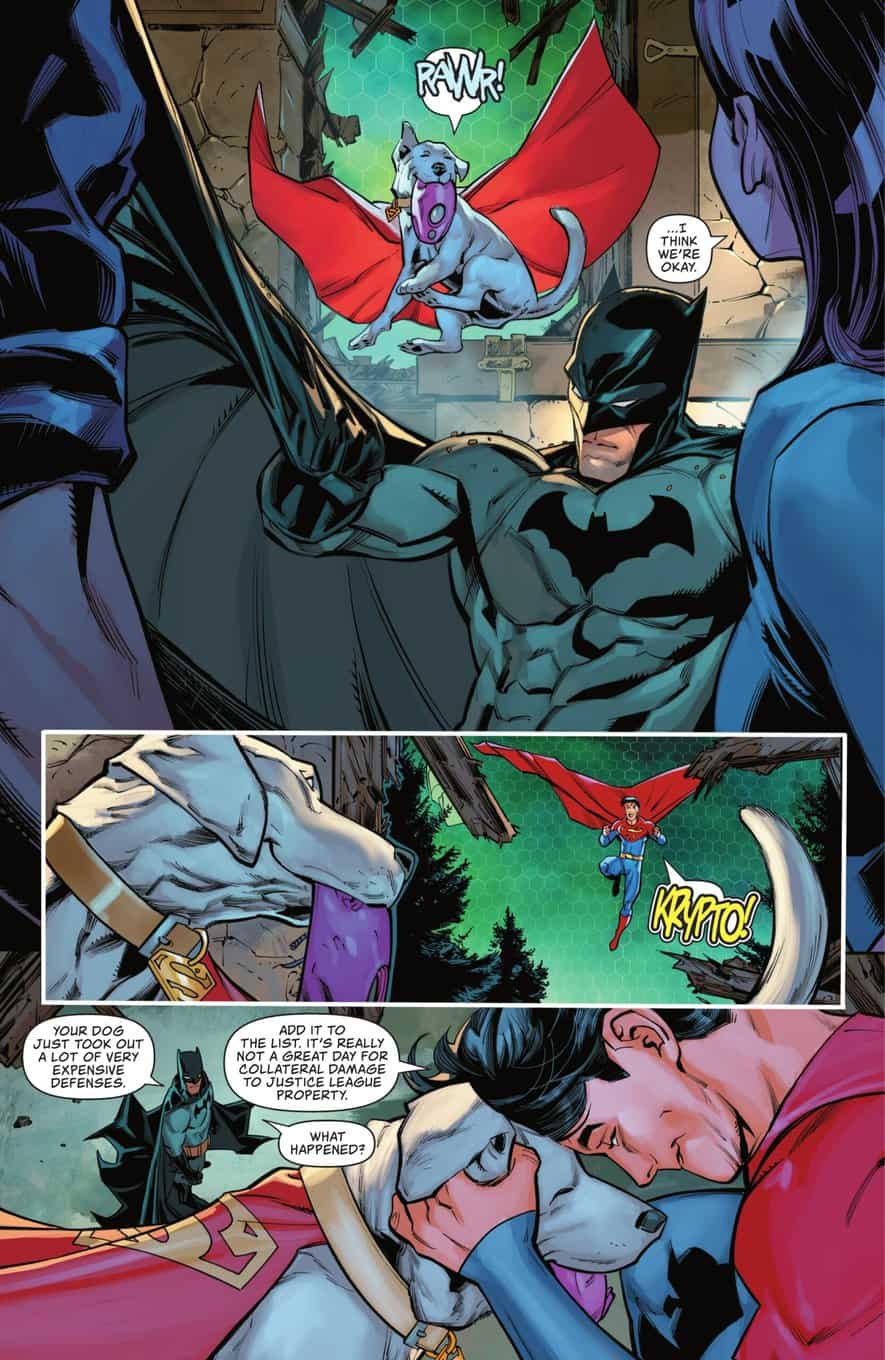 …Krypto comes to the rescue of Batman et al. 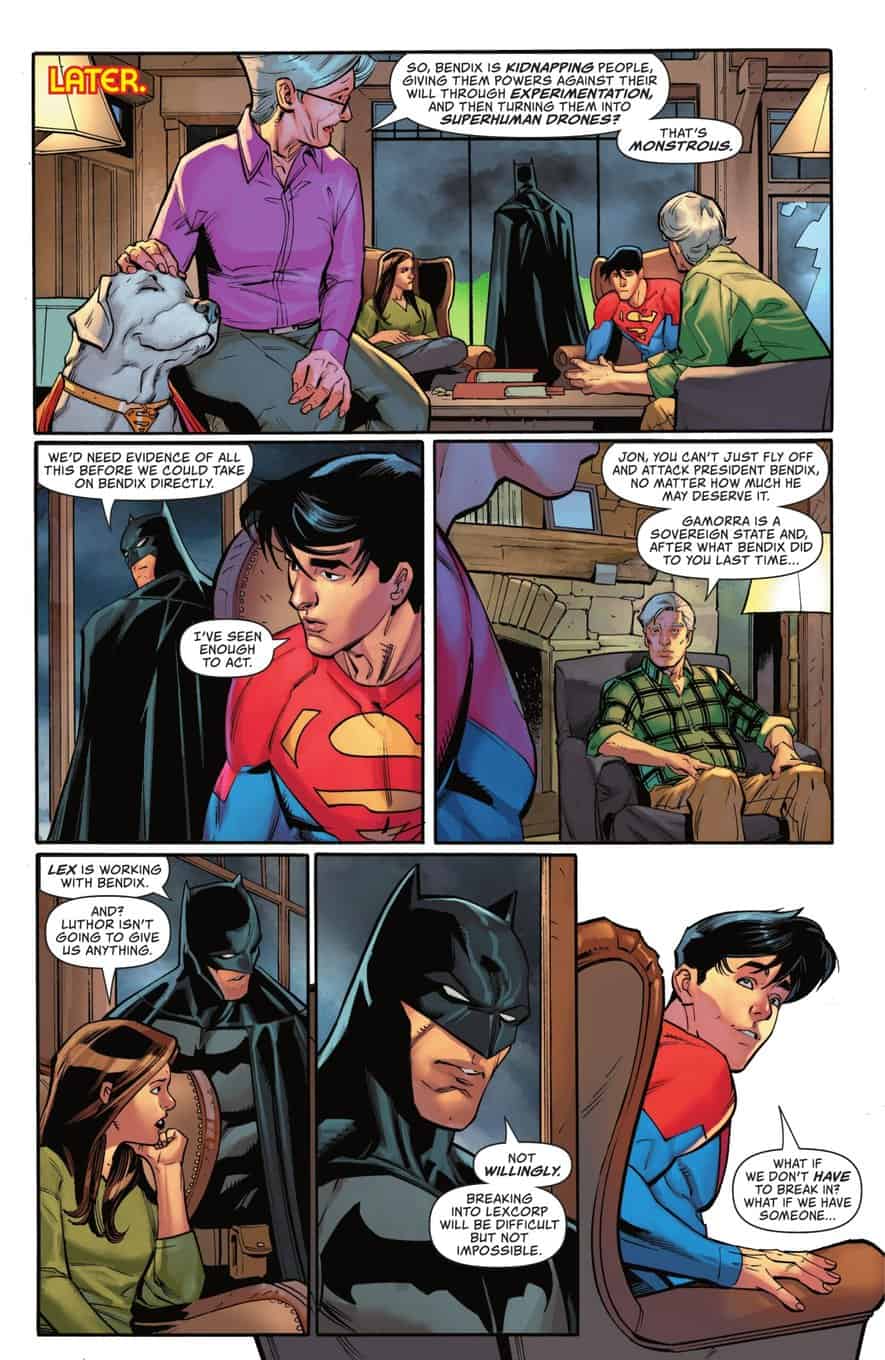 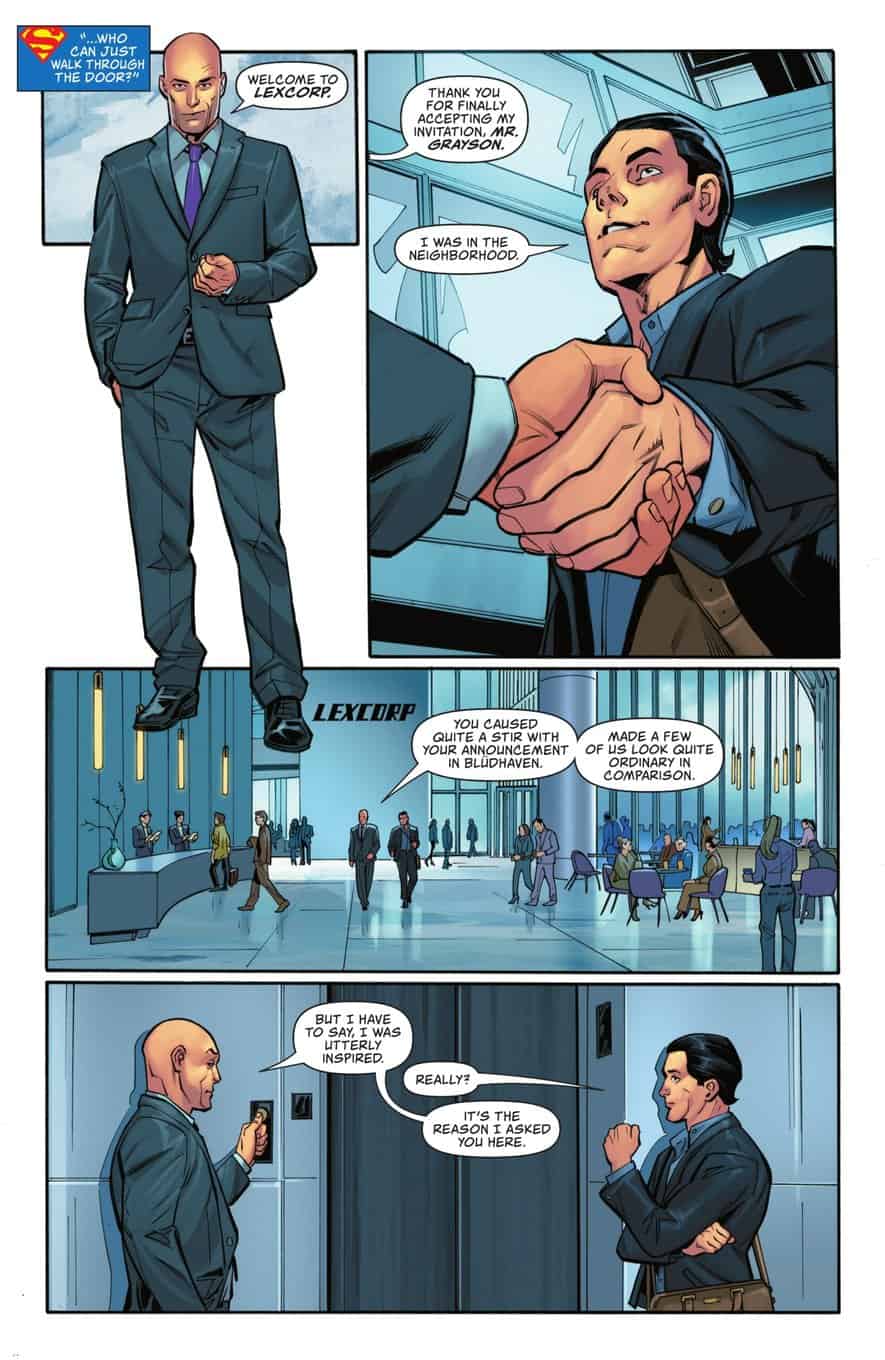 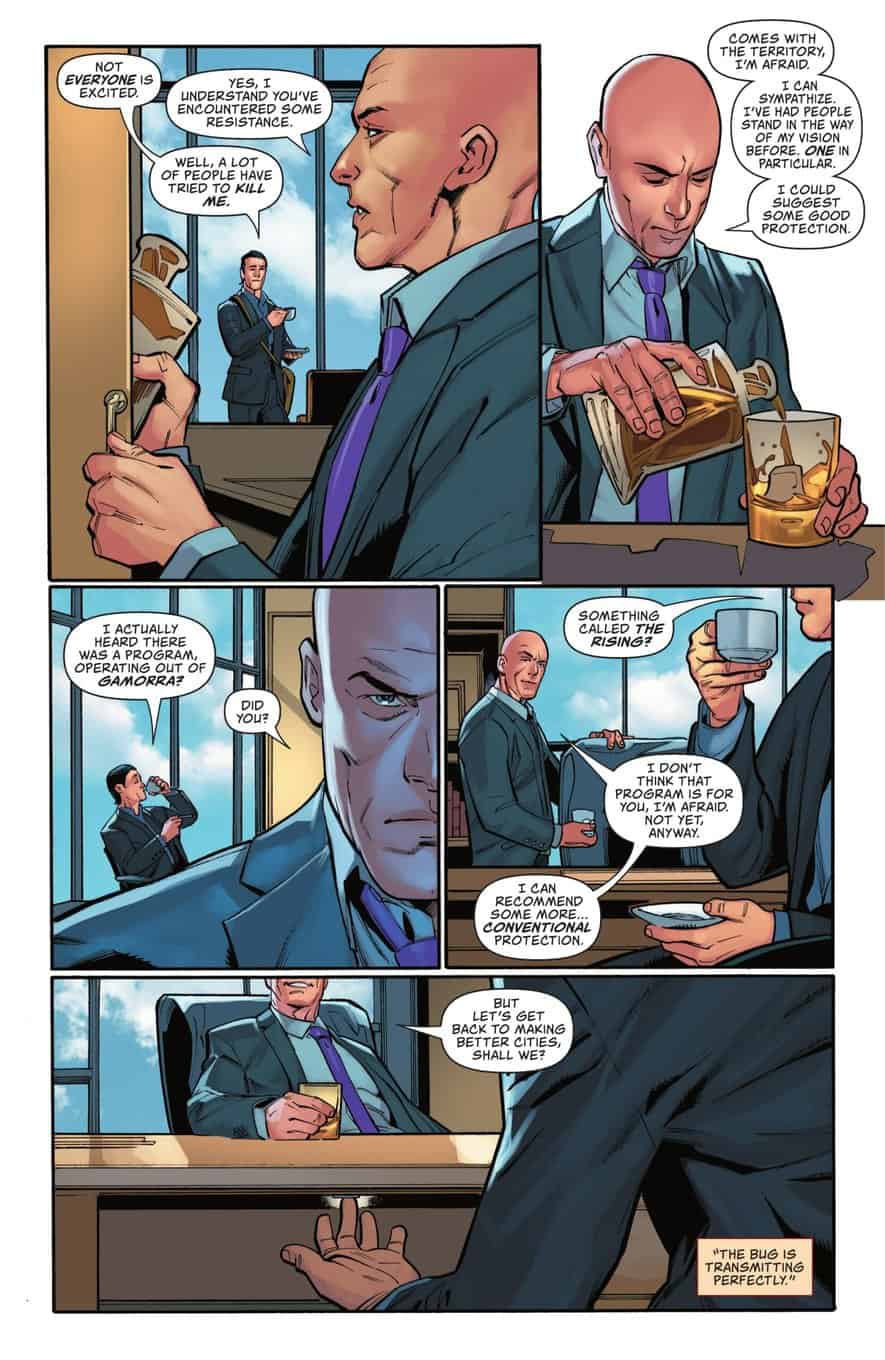 As a result, they learn that Henry Bendix’s Rising project is close to completion. 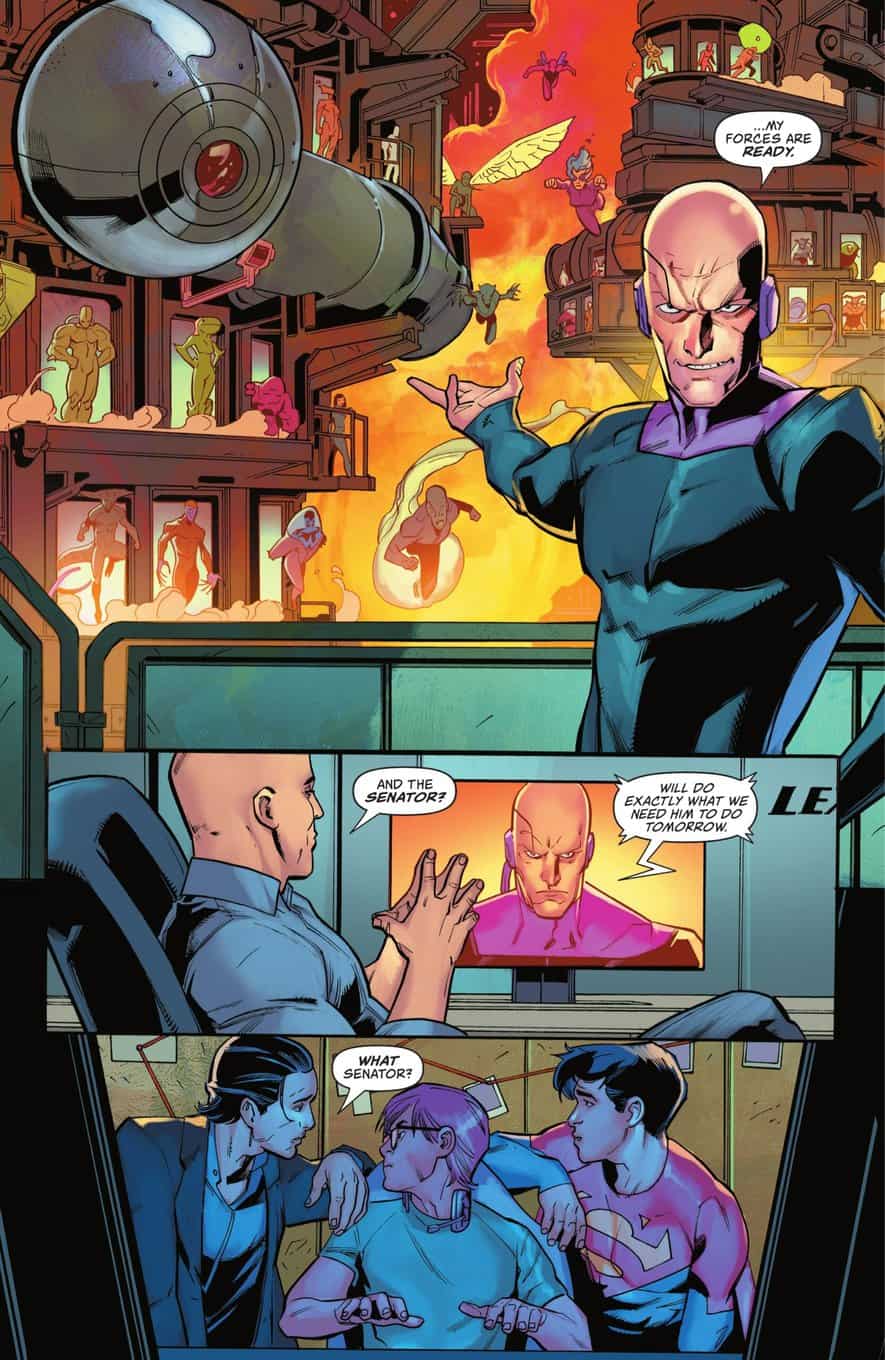 Superman and his boyfriend confront a sitting United States Senator and… 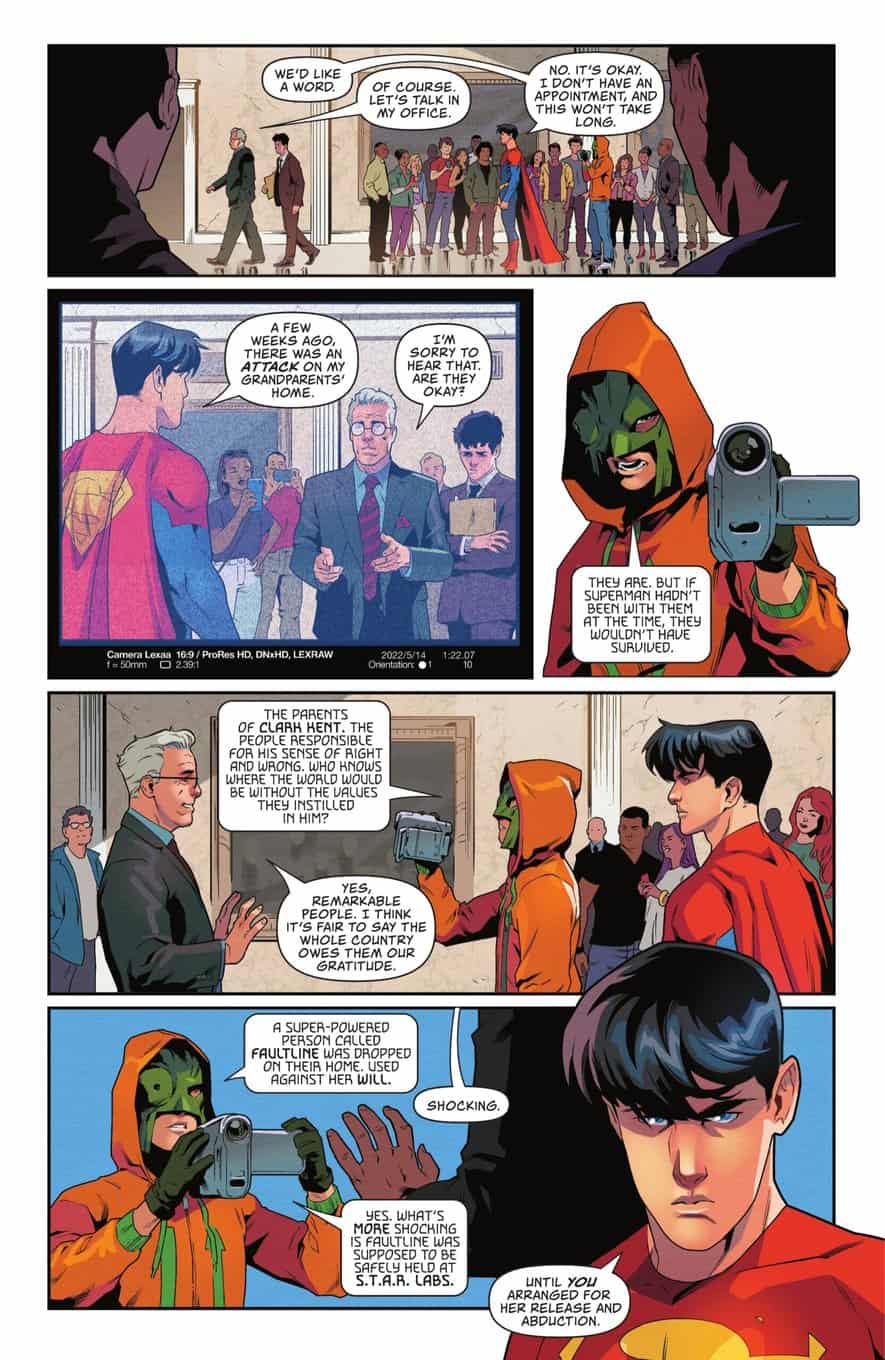 …accuse him of working against the United States’ interests. 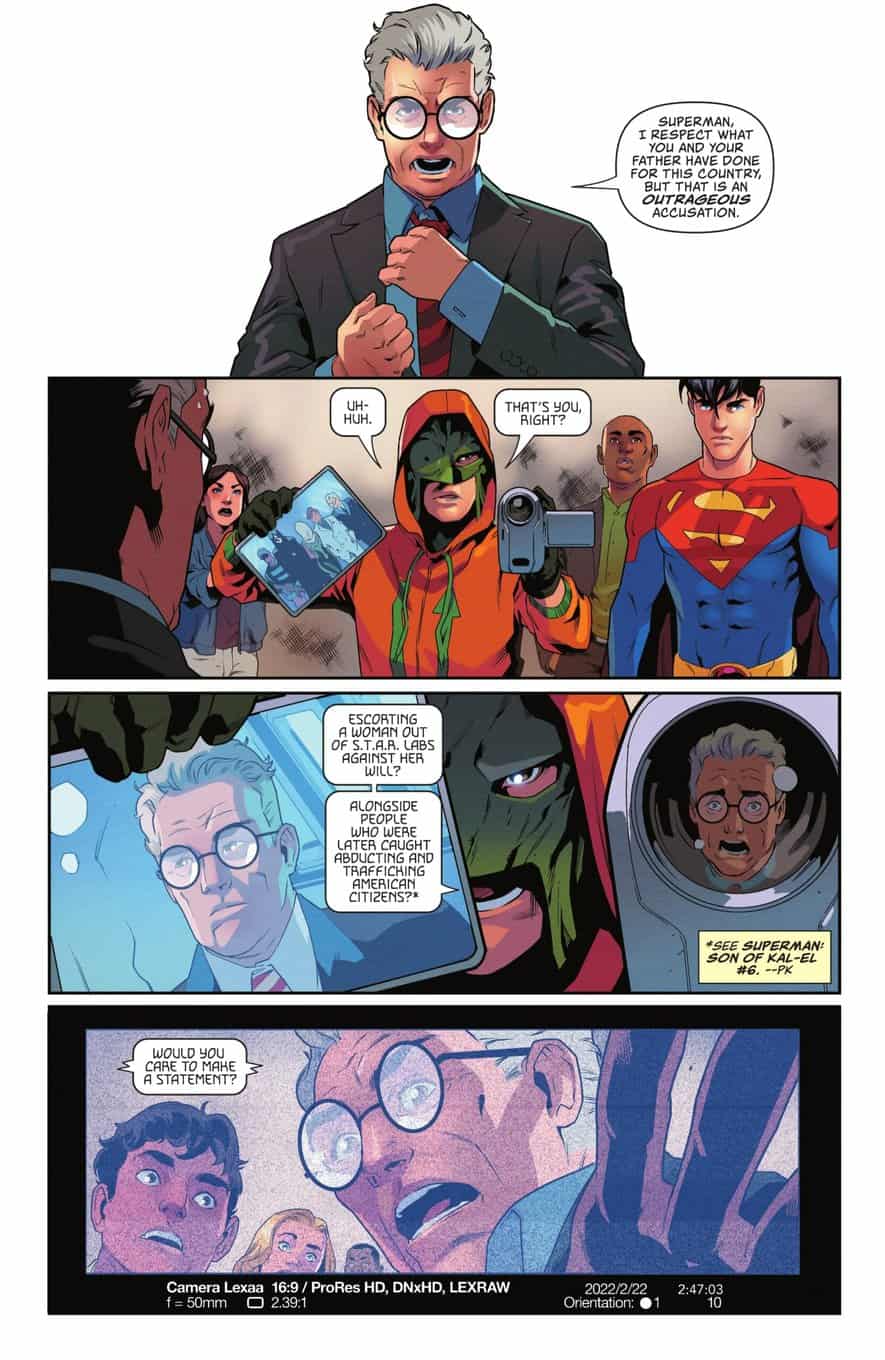 Krypto senses something is amiss and attacks the Senator?! 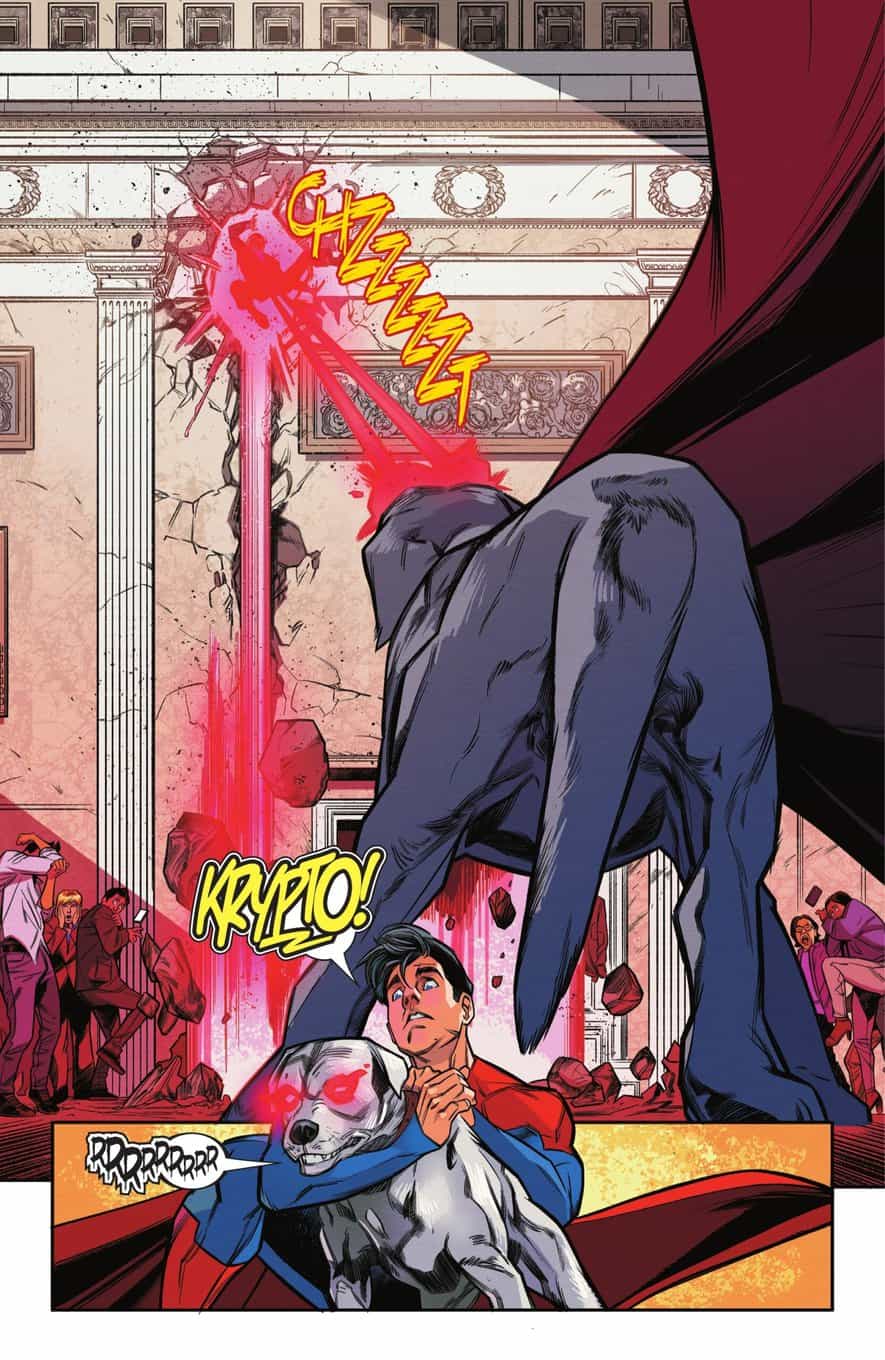 Turns out the Senator is being controlled by Henry Bendix and may not even be human. 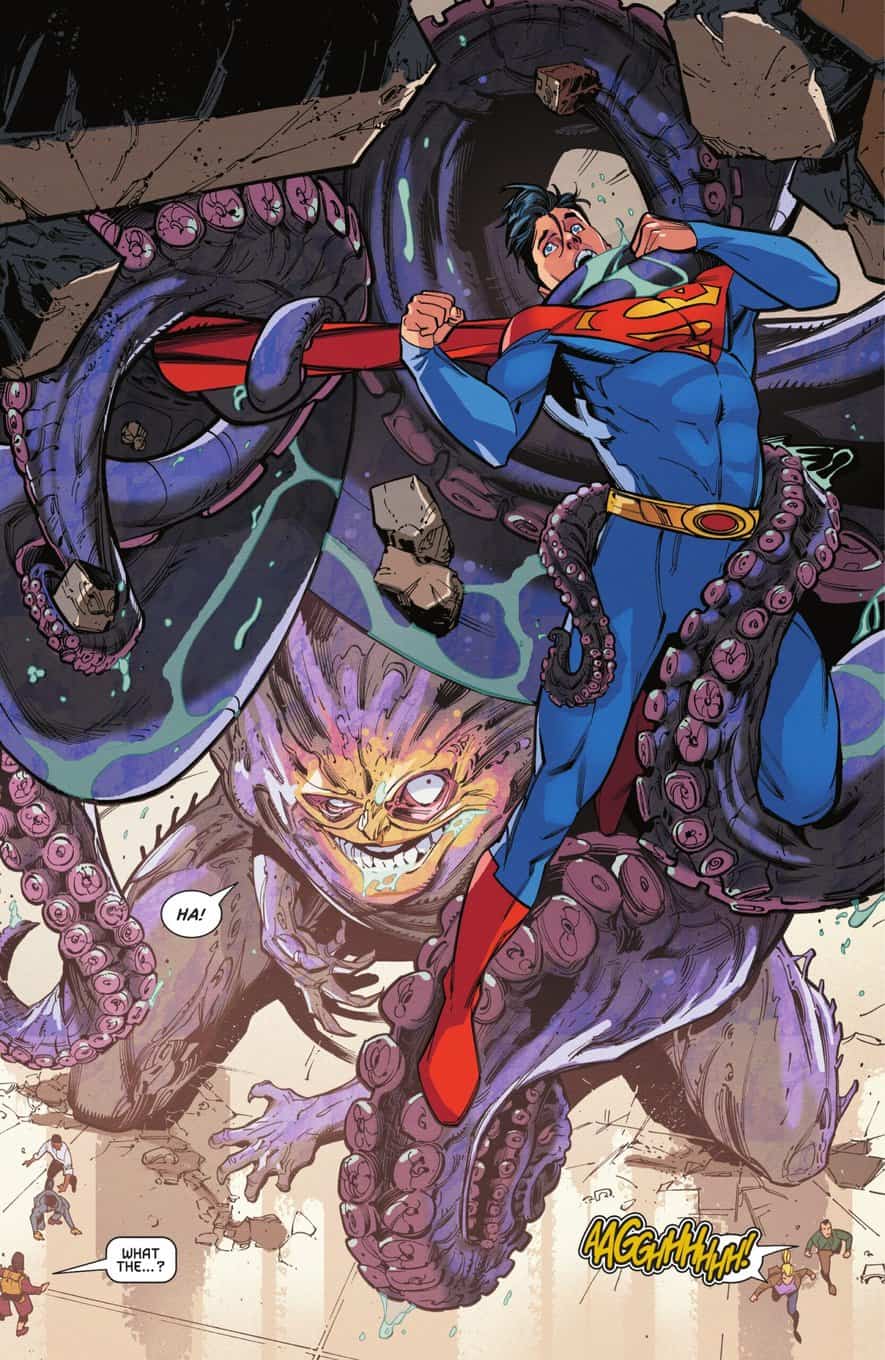 Jay Nakamura uses his phasing powers to literally enter the monster’s body and somehow switch off Bendix’s control, but when he comes out his mask is gone and his Truth persona is exposed! 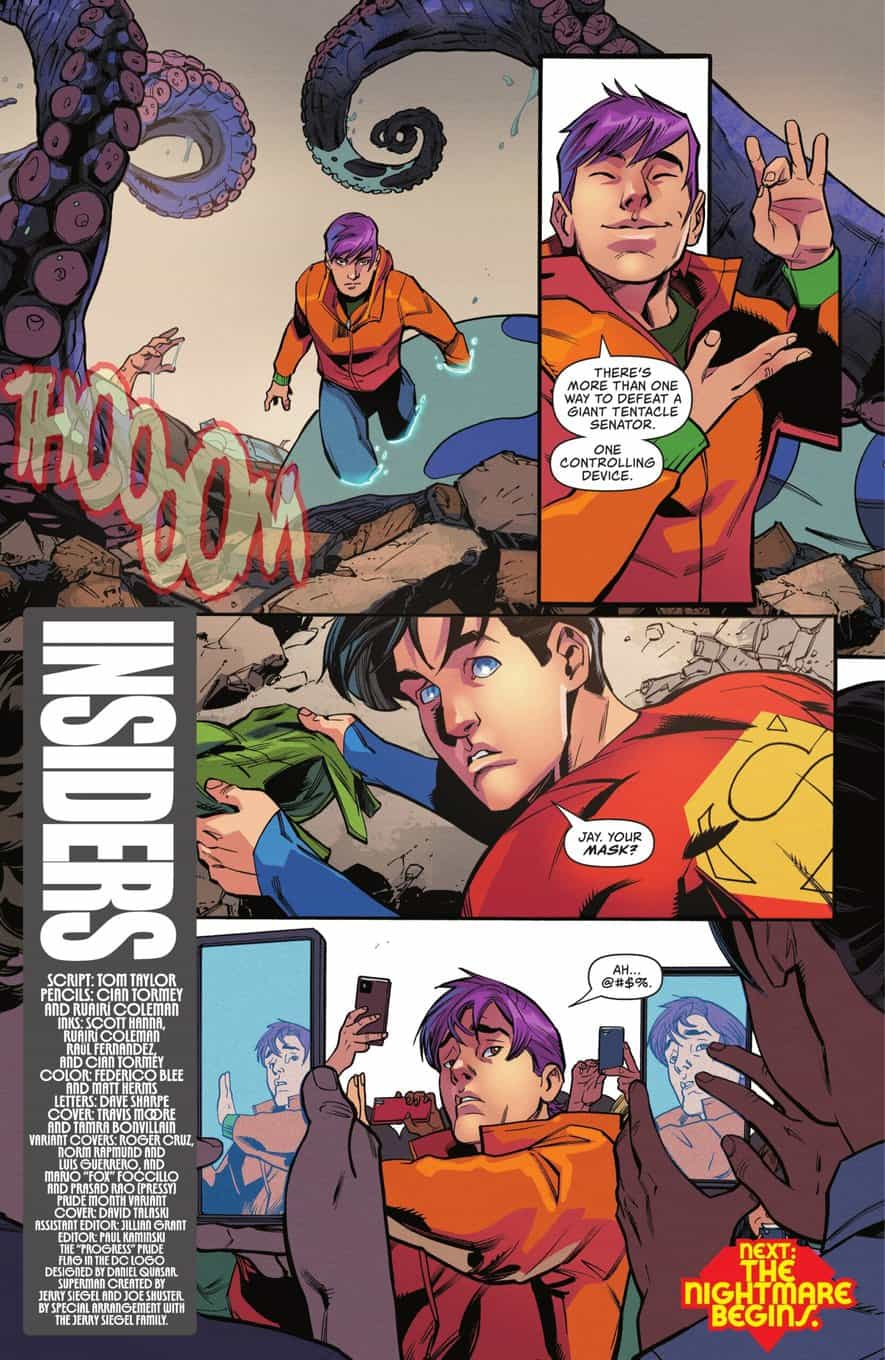 The next few issues of are intriguing. 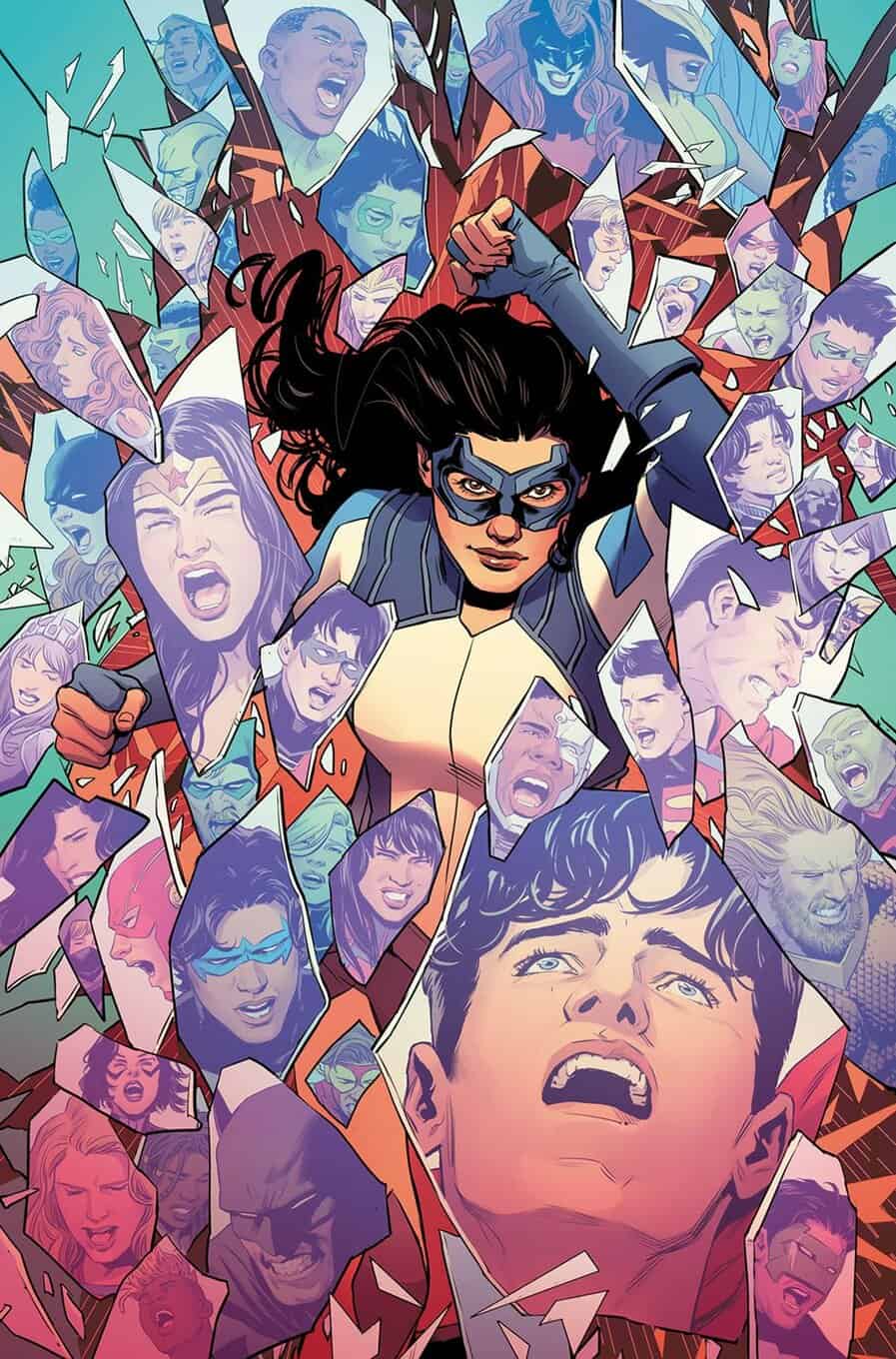 It’s the dramatic DCU debut of Dreamer! When every hero on Earth is threatened by Henry Bendix’s machinations, it’s a race against time for Dreamer to warn Superman before it happens! But will this mysterious new ally’s premonition become a nightmare for Jonathan Kent? 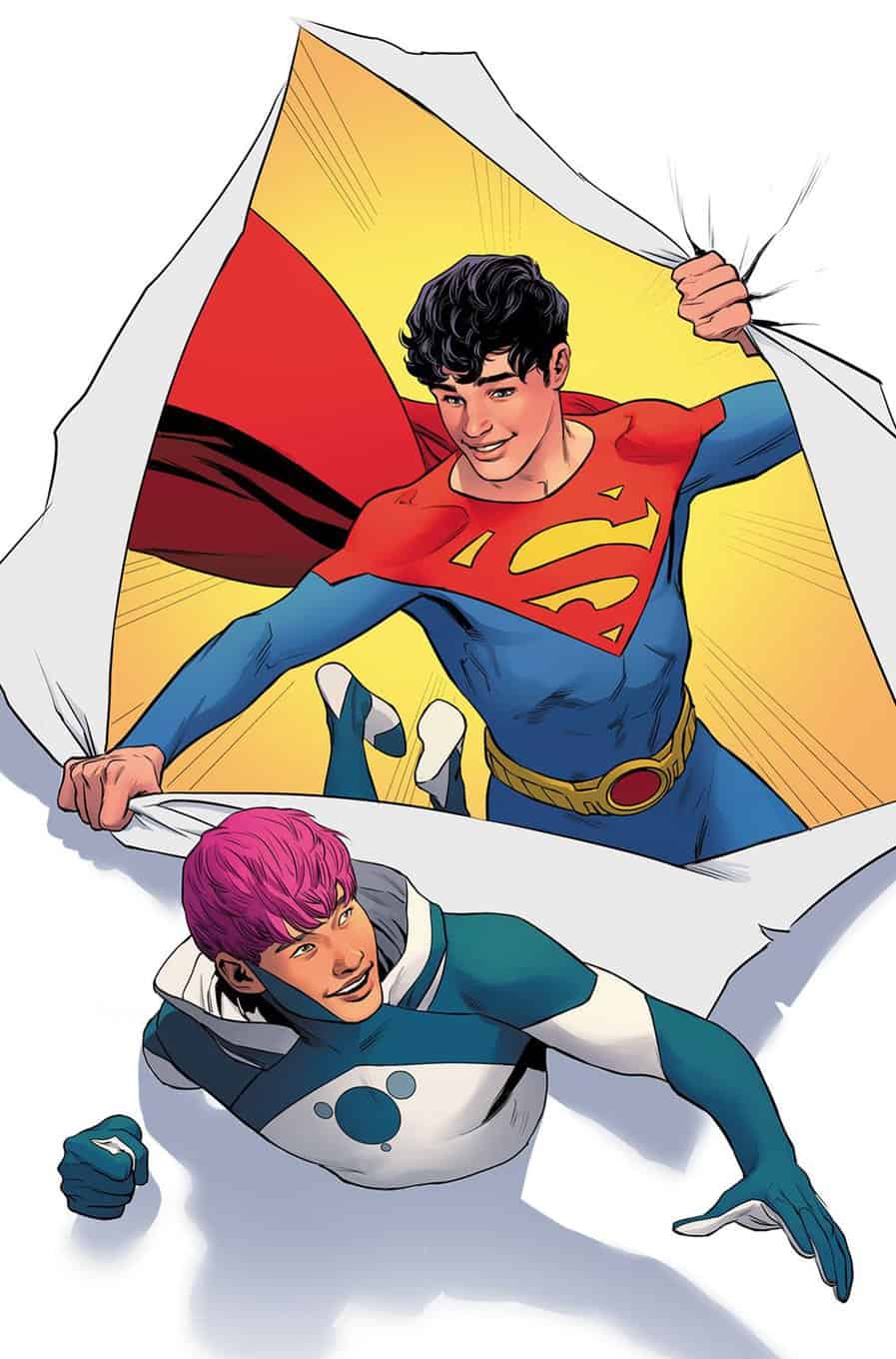 Henry Bendix has threatened and manipulated and killed without consequence. Now, after a shocking coordinated attack on Earth’s heroes, it’s time for Superman, Jay, and the Revolutionaries to strike back. But first, Jay Nakamura must embrace his powers and become the hero Jon knows he can be. 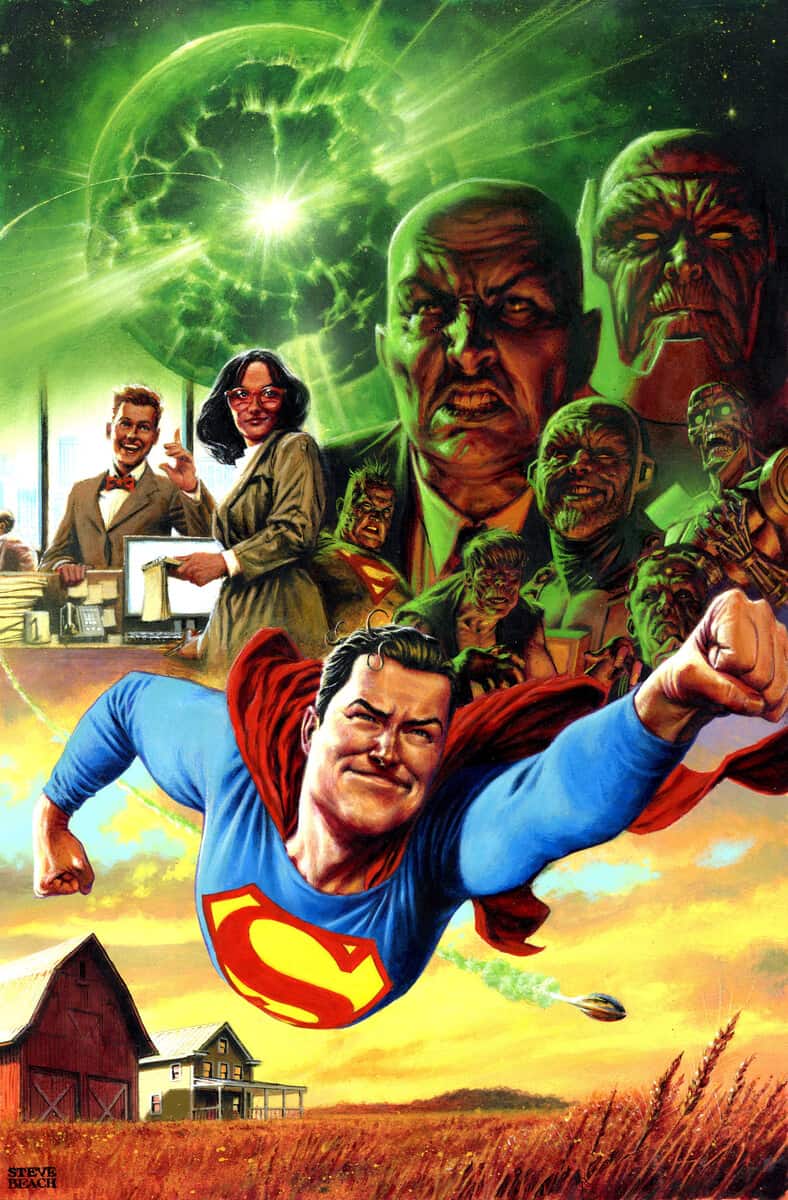 It would appear that the Henry Bendis “Rising” arc ends with or around September 2022’s Superman: Son Of Kal-El #15 as after that Superman: Son of Kal-El #16 – 18 is part of a cross-over called Kal-El return featuring the elder Superman returning to Earth in Action Comics #1047 – 1049.

The original Candyman will come after you in 4K UHD in May.