The End Is Nigh For Avengers, X-Men and Eternals In Judgment Day Event?! 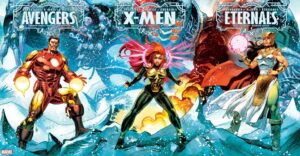 Building off of recent events in AVENGERS, X-MEN, and ETERNALS, this latest Marvel Comics crossover event begins when the Eternals target mutantkind and the Avengers find themselves struggling to prevent an apocalyptic war between two of the strongest factions on the planet. A.X.E.: JUDGMENT DAY will be a six-issue epic that will tie-in to various ongoing series and launch new limited series and one-shots, including three written by Gillen himself that will bridge the gap between the penultimate and final issue.

Teaming up with a superstar trio of artists, Federico Vicentini, Francesco Mobili, and Pasqual Ferry, Gillen will focus on a key character from each of the three involved factions in A.X.E.: AVENGERS, A.X.E.: X-MEN, and A.X.E.: ETERNALS. These essential issues will spotlight Iron Man, Jean Grey, and Ajak as they embark on a vital and complex mission to penetrate the Progenitor Celestial and shut it down, facing their ultimate judgment every step of the way.

“I wanted JUDGMENT DAY to be a huge scale event book, but also really be absolutely about the people in it — that’s Marvel comics to me,” Gillen said. “When we say ‘superhuman,’ we mean both ‘super’ and ‘human.’ These specials really drill down on that, giving a deep-dive personal horrorshow for the three sides in the crossover, centered on one of their main players: Tony Stark, Jean Grey and Ajak. With their history, can they really justify themselves? Let’s find out, in this dungeon-delve-as-psychogeography hell trip. Also, all three have amazing art.” 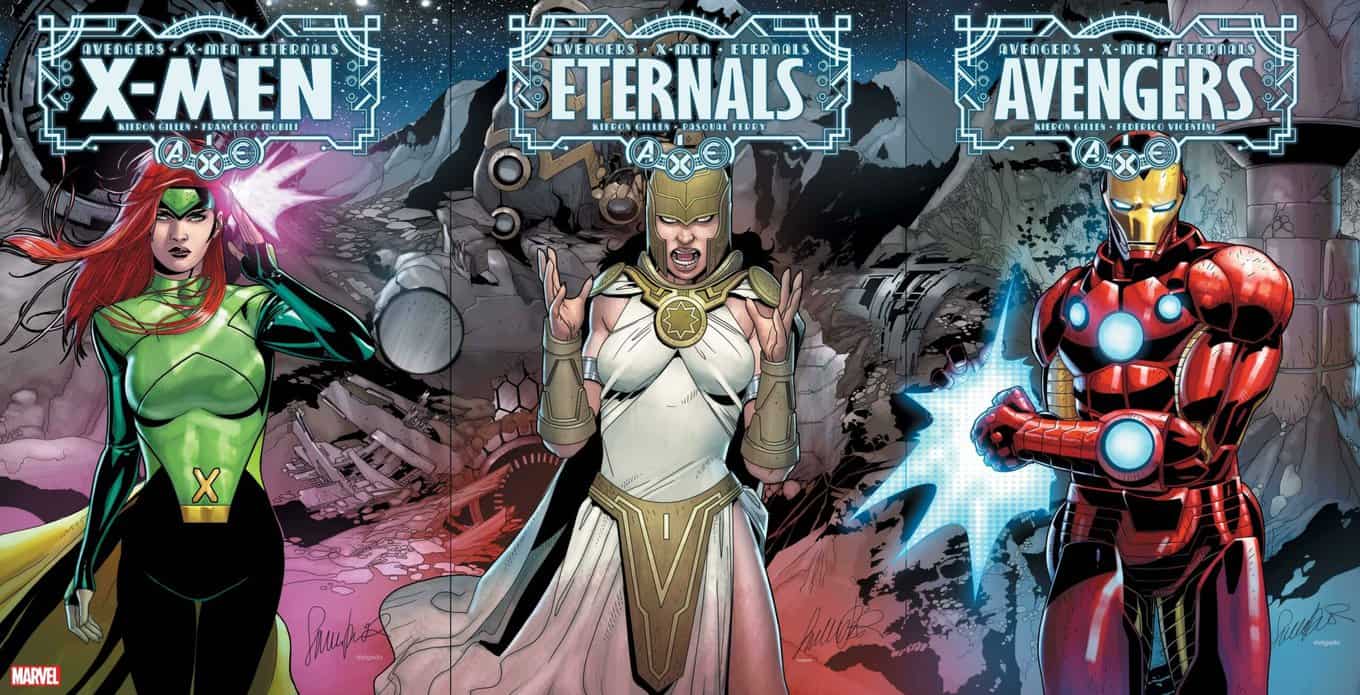 Check out the main covers for all three issues, a connecting piece by Nic Klein, plus a variant connecting cover by Salvador Larrocca and witness these story-critical one-shots starting in September. Be there when the clock starts to tick toward Judgment Day in A.X.E.: EVE OF JUDGMENT, the special prelude issue hitting stands on July 13. 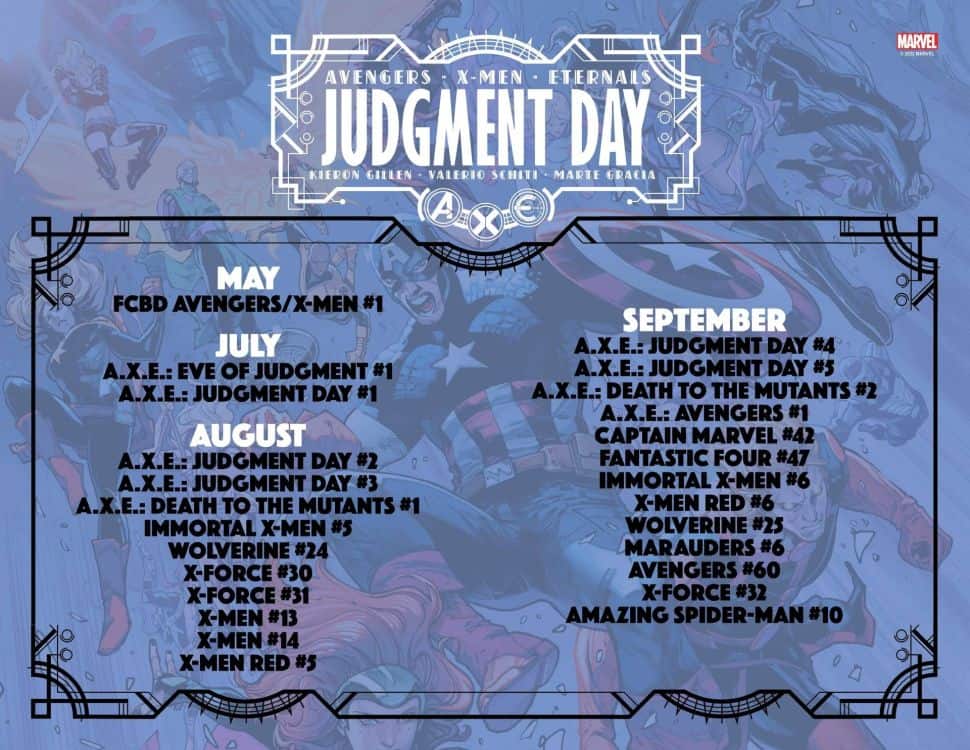