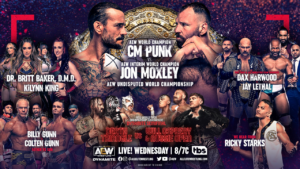 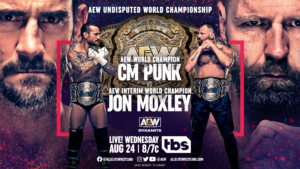 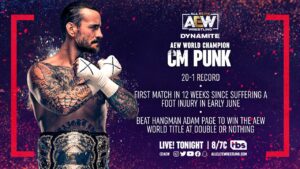 Mox and Punk locked up in the center of the ring with a collar and elbow tie-up. Moxley swarmed Punk in the corner with stiff shots!

Punk slapped Mox in the face with an open palm strike. Punk used a barrage of knees and then a high kick to Mox’s head. Punk collapsed to the mat, holding his left foot! 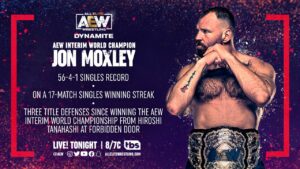 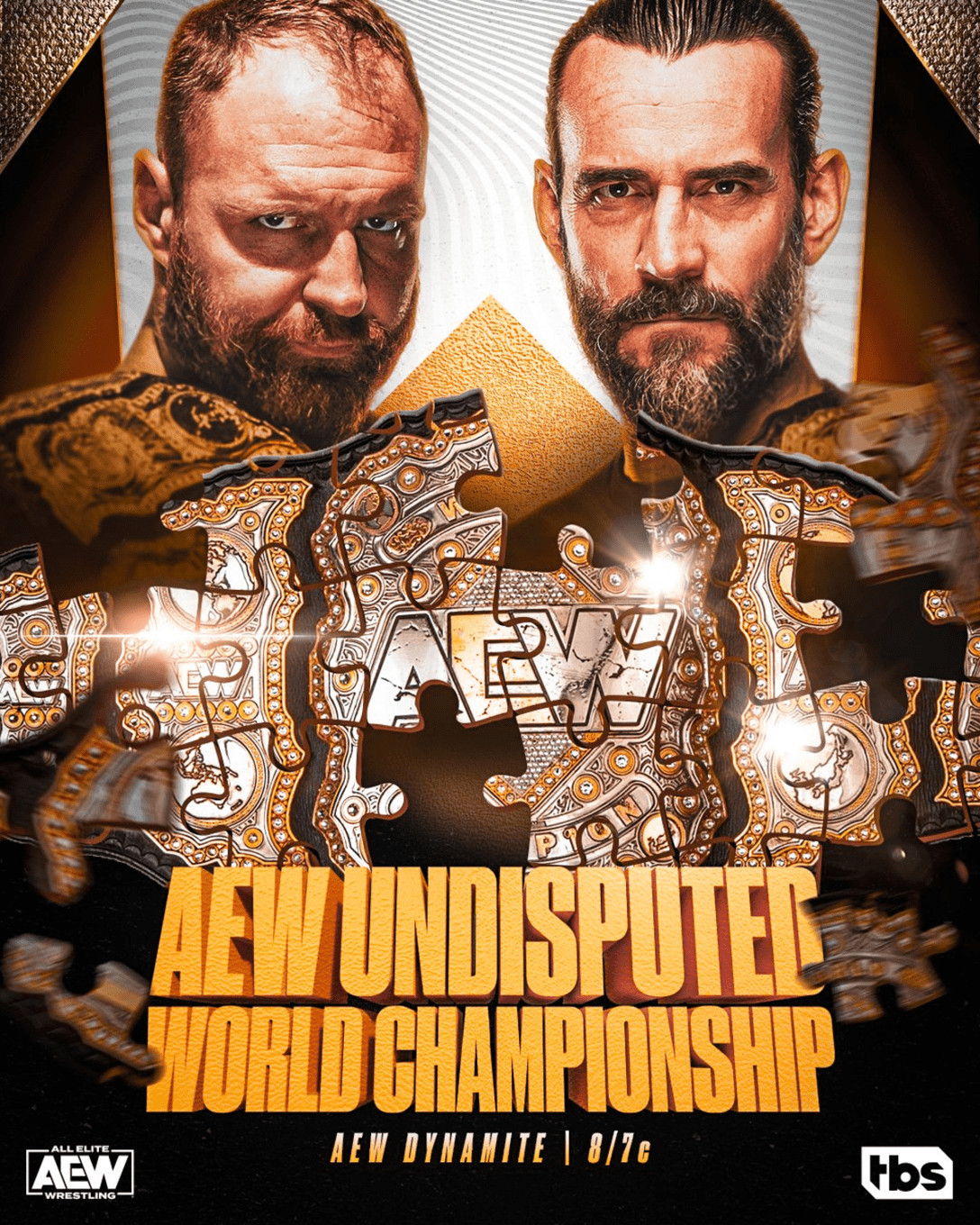 “Did Punk come back too soon?” asked Taz.

“He got his ass kicked,” replied Jim Ross.

The doctor checked on Punk and his surgically repaired foot… 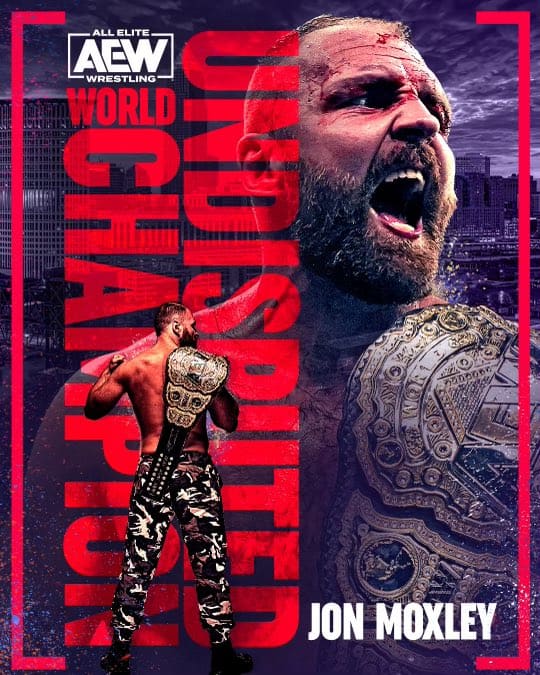