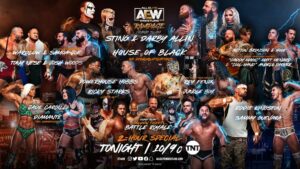 Darby and Sting ambushed the House of Black as they were making their dark entrance!

Once they brawled to the ring, Brody chopped Darby off the top rope, sending Darby pinwheeling down onto the arena floor. Buddy and Brody circled Sting. Sting fought them off and splashed Buddy in the corner. Brody swung at Sting but Sting ducked. Brody’s hit Buddy with the lariat that was intended for Sting!

Darby used an avalanche Code Red on Brody for a near fall. Darby attempted a tope suicida on Buddy but Buddy blocked it with a shoulder to Darby! Brody shoved Sting off the top rope, sending Sting crashing through a table on the arena floor.

Darby climbed the entrance tunnel and delivered a Coffin Drop off of it and down onto Buddy, at least ten feet below! Brody had Darby in a sleeper but Darby rolled forward and the two fell off the stage and down through a table!

Buddy propped Sting on a char inside the ring. Buddy was about to hit Sting with a baseball bat when the arena lights went out. The lights turned back on and the Great Muta appeared on the ramp!

Muta entered the ring and blew the green mist into Buddy’s eyes! Sting broke free of the handcuffs. Sting used the Scorpion Deathdrop on Buddy and pinned him! 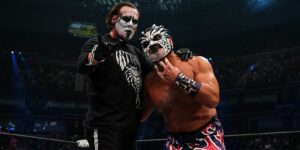 “What a moment! This will be a moment we will never forget in AEW,” said Tony Schiavone.

EXCLUSIVE: One of @Sting’s greatest rivals of all time, the Great MUTA @muto_keiji, joins him as an ally one last time in America here at #AEWRampage Grand Slam. Tune in NOW on TNT pic.twitter.com/MYyravHfaL

“I got goosebumps,” said Chris Jericho…

“We are pleased to announce the participation of AEW superstar and international pro wrestling legend Sting at the GREAT MUTA FINAL “BYE-BYE” event, which will be held on Sunday, January 22, 2023 in Yokohama. It was The Great Muta who came to the unexpected rescue of Sting On AEW Rampage: Grand Slam this week. This incident triggered him to partner with Sting at the Yokohama Arena event.” 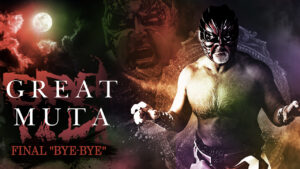 The Great Muta (Keiji Muto) debuted in October 1984 and will end his career after 39 years in the ring at 59 years old. 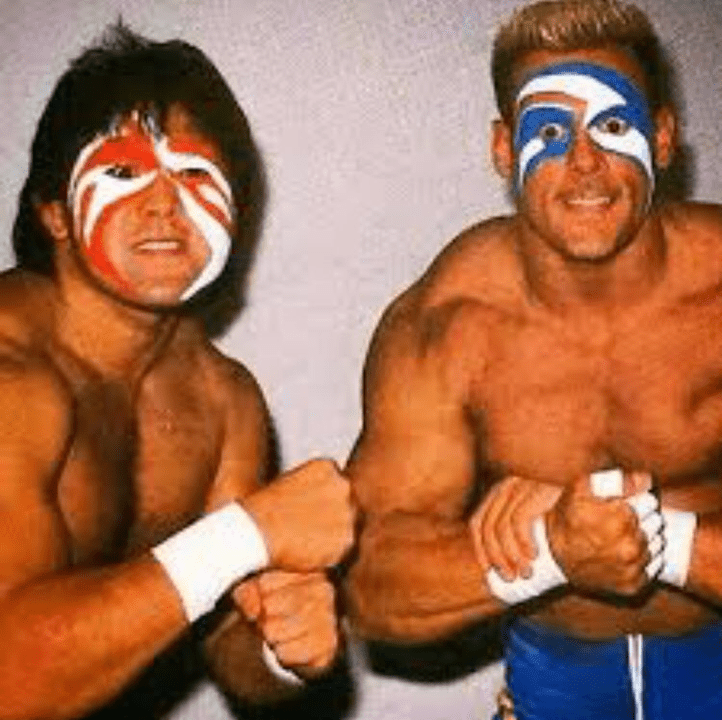 Muta’s list of championships and accolades are chronicled on this wiki page. 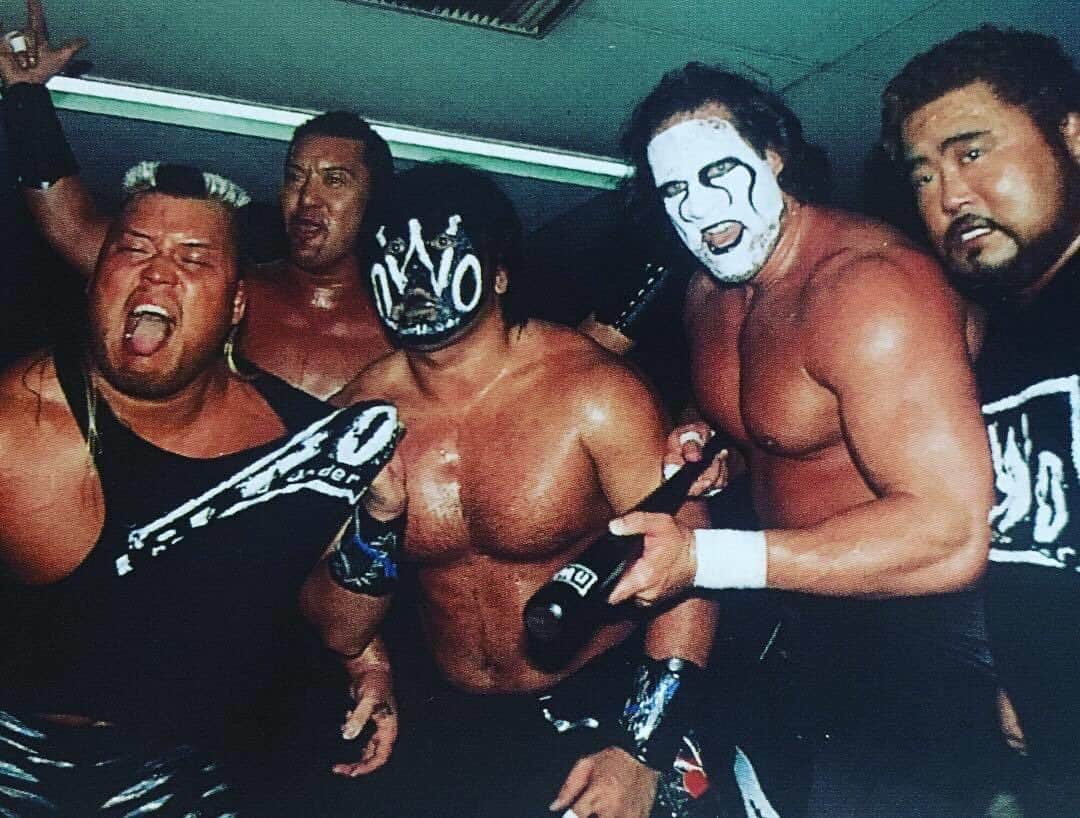 Oh, and in case you don’t recall, in his career he was also a member of… NWO Japan!