That all sets up what’s next. 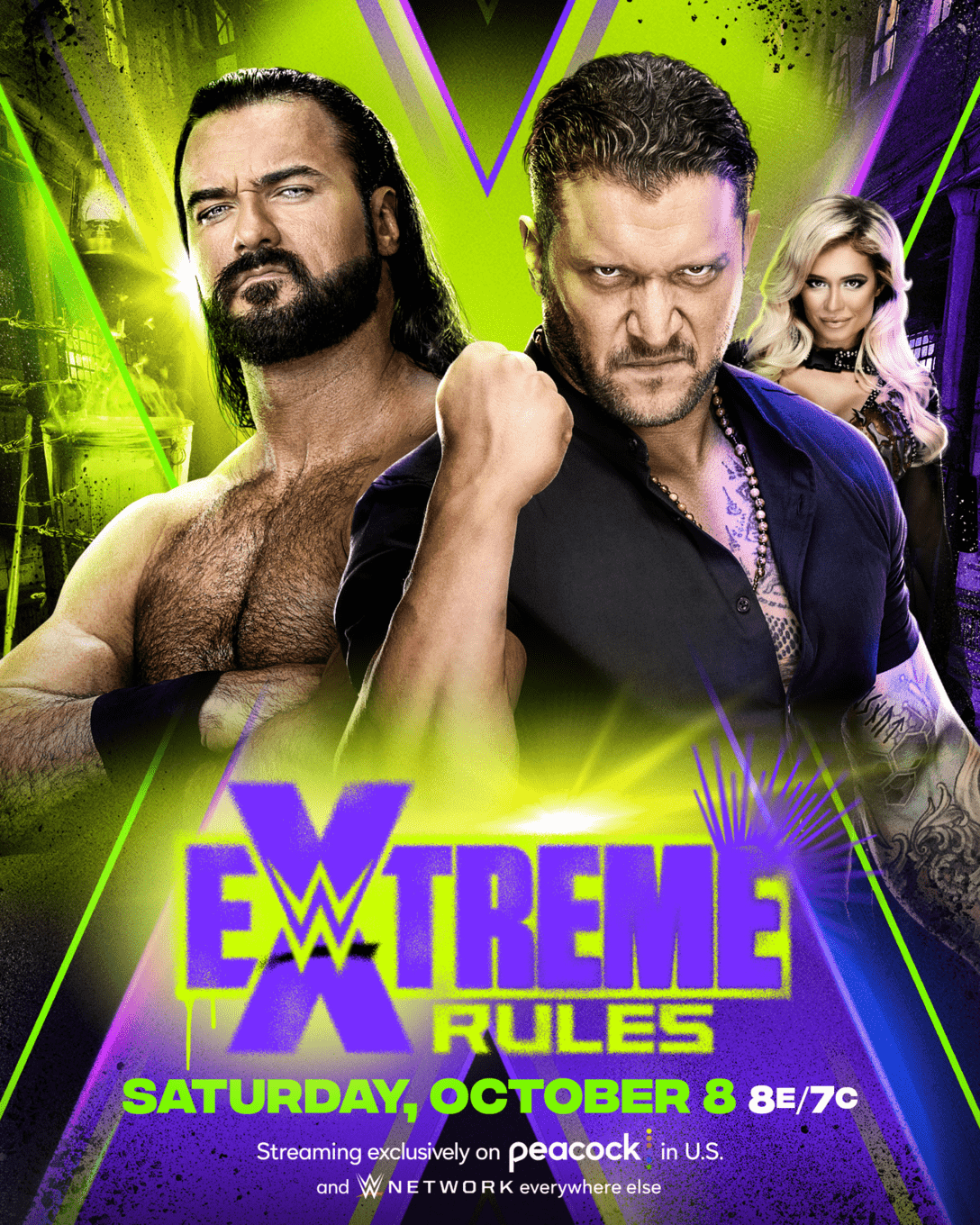 Time is running out! At WWE Extreme Rules, Drew McIntyre will tangle with Karrion Kross in a brutal Strap Match.

Since emerging on SmackDown, the ominous pair of former NXT Champion Karrion Kross and Scarlett have been lurking in the shadows and keeping a close eye on McIntyre, even distracting McIntyre during his Undisputed WWE Universal Title Match against Roman Reigns at WWE Clash at the Castle. Among his constant efforts to intimidate McIntyre, Kross brought his adversary into the darkness when he attacked the former WWE Champion from behind on the Sept. 9 edition of the blue brand and locked McIntyre in the dangerous Kross Jacket.

A determined McIntyre reemerged the following week to accuse Kross of being a coward for continuing his onslaught of cheap shots. Then, on the Sept. 23 edition of SmackDown, McIntyre revealed that WWE management had granted him a Strap Match against Kross at the WWE Extreme Rules Premium Live Event, guaranteeing there will be no place for Kross to hide.

Kross responded to the news by trying to again ambush McIntyre from behind. McIntyre was ready for him, though, and unleashed an excruciating strap-infused attack that only ended when the nefarious Scarlett brought the heat and hit The SmackDown Warrior with a fireball and a low blow. This opened the door for Kross to against lock in the Kross Jacket and accept the Strap Match challenge.

The sands of time are now counting down to all-out destruction! Don’t miss all the carnage of WWE Extreme Rules on Saturday, Oct. 8, at 8 ET/5 PT, streaming live on Peacock in the United States and on WWE Network everywhere else.

The current WWE Extreme Rule 2022 card can be found here.