The full card from the PPV is below. 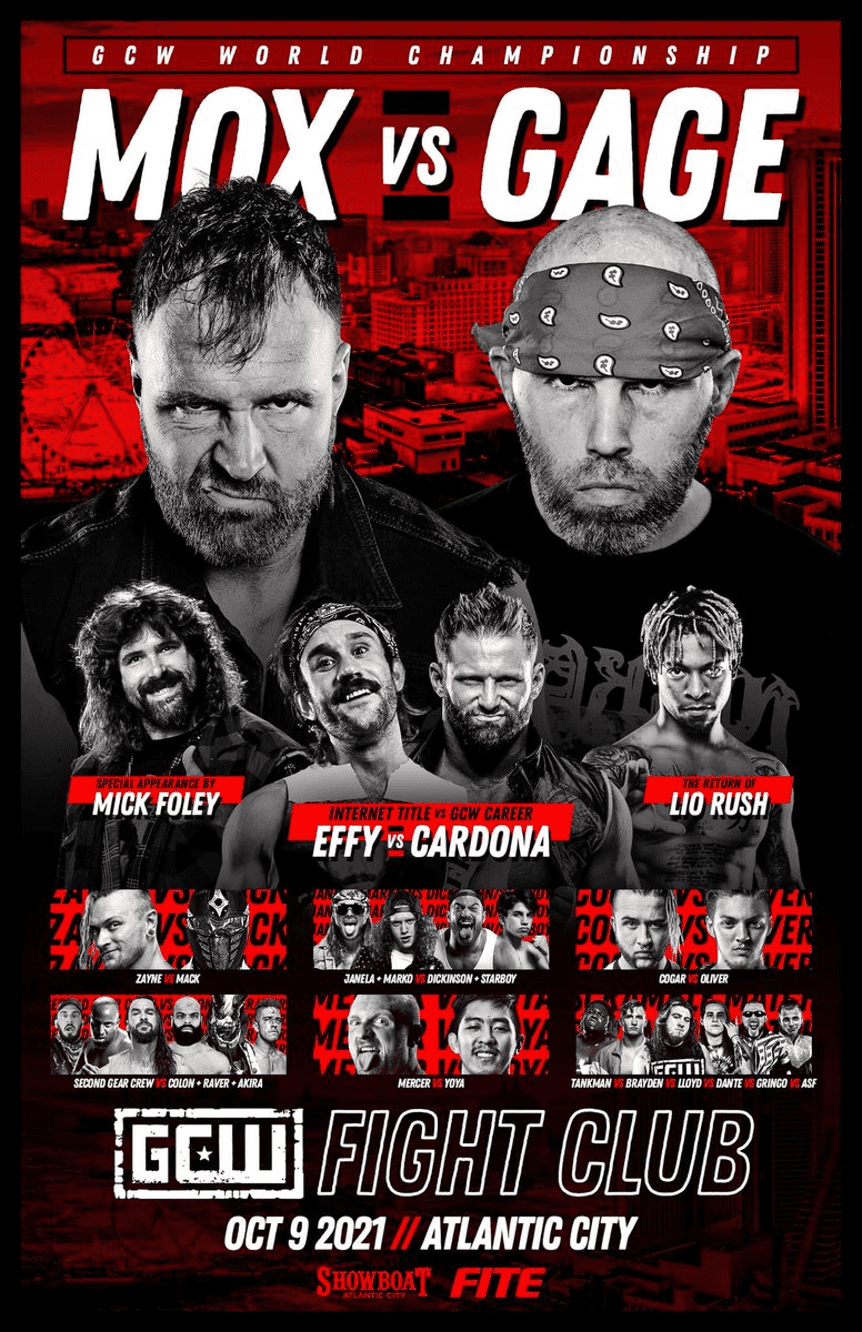 The most anticipated match between GCW World Champion Jon Moxley and Nick Gage a former champion. 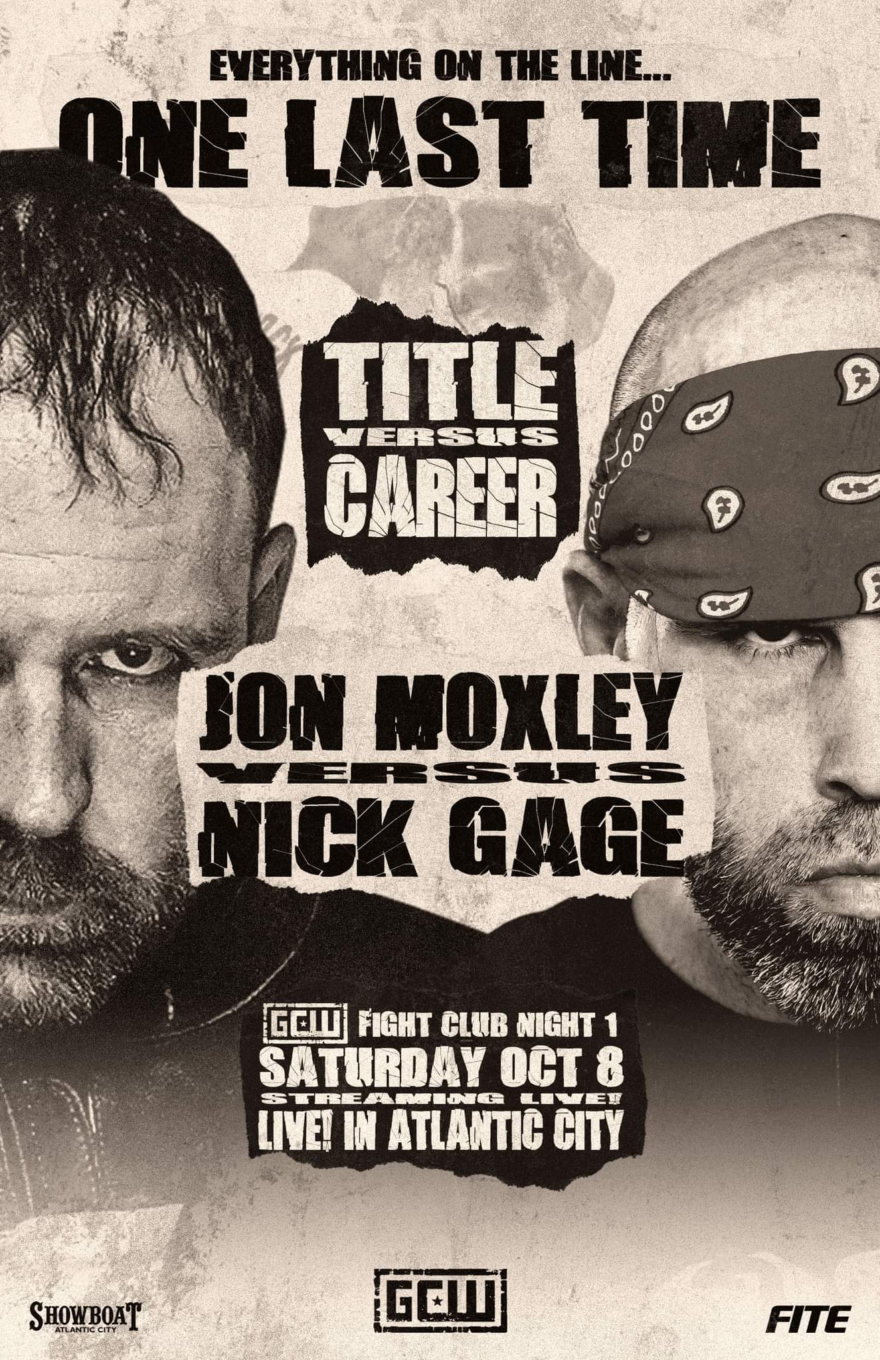 Jon Moxley is also the AEW World Champion, who is being stalked by MJF, which came into play in the GCW World Championship title match as per WhatCulture reporting.

Last night saw Mox lose that prize to long-time friend Nick Gage at GCW Fight Club. Given how Gage would have to retire if he came up short in his quest to dethrone Moxley, some speculated that this may indeed be the King of Ultraviolence’s swansong. Instead, Gage is now at the top of the mountain for a third run with the GCW World Title.

In a match featuring barbed wire, light tubes and, of course, a pizza cutter, Gage eventually got the win after some interference from Stokely Hathaway and W. Morrissey. After Morrissey chokeslammed Moxley through a barbed wire glass window pane, the MDK icon hit three piledrivers and a choke breaker to put away the current AEW World Champion…

…As for Hathaway and W. Morrissey, they’re both a part of MJF’s Firm, with the Salt of the Earth nowadays with his eyes on the AEW World Title that Moxley presently holds. Mox is set to defend the gold against ‘Hangman’ Adam Page on the Tuesday 18 October edition of AEW Dynamite… all as MJF looms large on the horizon with a guaranteed shot at that belt.

This outcome is not wholly surprising as news broke, the day before Night 1 of GCW Fight Club 2022, from AEW that Moxley had signed a 5-year extension with the company that includes an exclusivity clause.

AEW CEO, GM and Head of Creative Tony Khan announced that AEW World Champion Jon Moxley has signed a five-year contract extension. This ensures that one of professional wrestling’s top stars will remain in All Elite Wrestling through 2027, while expanding his responsibilities to include mentoring and coaching talent. Moving forward, Moxley will work exclusively for AEW and its international partners, including New Japan Pro Wrestling, where he is a two-time IWGP United States Heavyweight Champion.

Moxley has had an incredible run in 2022, most recently recapturing the AEW World Championship at “AEW: Dynamite GRAND SLAM” against Bryan Danielson, pitting the Blackpool Combat Club’s top stars against one another for the grandest prize in professional wrestling. He defends the AEW World Championship next against Hangman Adam Page in his hometown of Cincinnati, Ohio, on Oct. 18 on a special Tuesday edition of “AEW: Dynamite,” live on TBS at 8 p.m. ET. Moxley will kick off the action on tonight’s live episode of “AEW: Rampage,” the first night of year four of AEW on TNT at 10 p.m. ET / 9 p.m. CT.

“Jon Moxley is on the best run of his already legendary career, and this five-year extension ensures that he was not only here for AEW’s meteoric rise, but also remains a key part of the sustained success we’re witnessing, just days after the three-year anniversary show for ‘AEW: Dynamite,’” said Tony Khan. “Jon is a great world champion for us in his third reign. His wrestling mind is invaluable, and our roster is lucky to have the opportunity to utilize him as a mentor and a coach as we continue to build the stars of today and tomorrow.”

“I love AEW and the spirit of both the company and its fans,” said Jon Moxley. “I cherish our shared passion for the sport of professional wrestling, and I’m going to dedicate everything I have in mind, body and spirit to helping AEW be the best it can be going forward.”

Congrats to both Gage and Moxley with both GCW Fight Club Night 1 and Night 2 available through FITE tv.