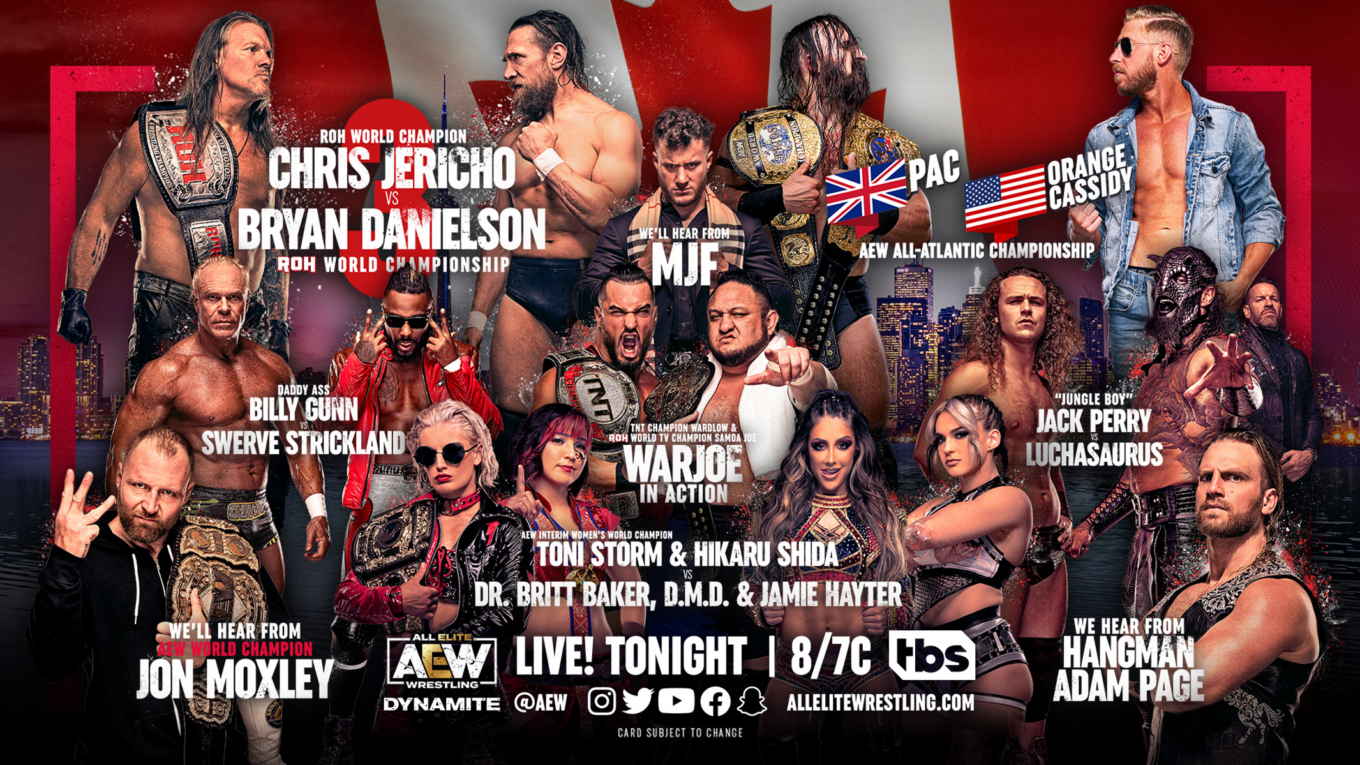 Tonight’s episode of AEW DYNAMITE was broadcast live from the Coca-Cola Coliseum in Toronto, Ontario, Canada!

Excalibur, Tony Schiavone, and “The Human Suplex Machine” Taz were the broadcast team for tonight’s event.

It’s Wednesday night and you know what that means!

Paquette was on the ramp to interview Christian Cage!

What better way to kick off things in Toronto than with @ReneePaquette 🤩 #AEWDynamite pic.twitter.com/4zh3s0UPG7

Christian Cage: “It feels great to be back in Toronto and as the face as the city of Toronto and the country of Canada, I’m going to guarantee a victory tonight. Without further ado, let me introduce my right hand of destruction…Luchasaurus…

…Renee Paquette was backstage with Stokely Hathaway and Ethan Page!

Matt Hardy and Private Party interrupted, and Hardy asked what the Firm had done.

Page said if Kassidy could beat him on RAMPAGE this Friday, Private Party were free. But if Page wins, the Firm will have Matt Hardy under contract too…

…Renee Paquette was backstage with Nya Rose and the Vicious Vixens!

It had been reported that Paquette was offered a contract to return to WWE, but turned it down. 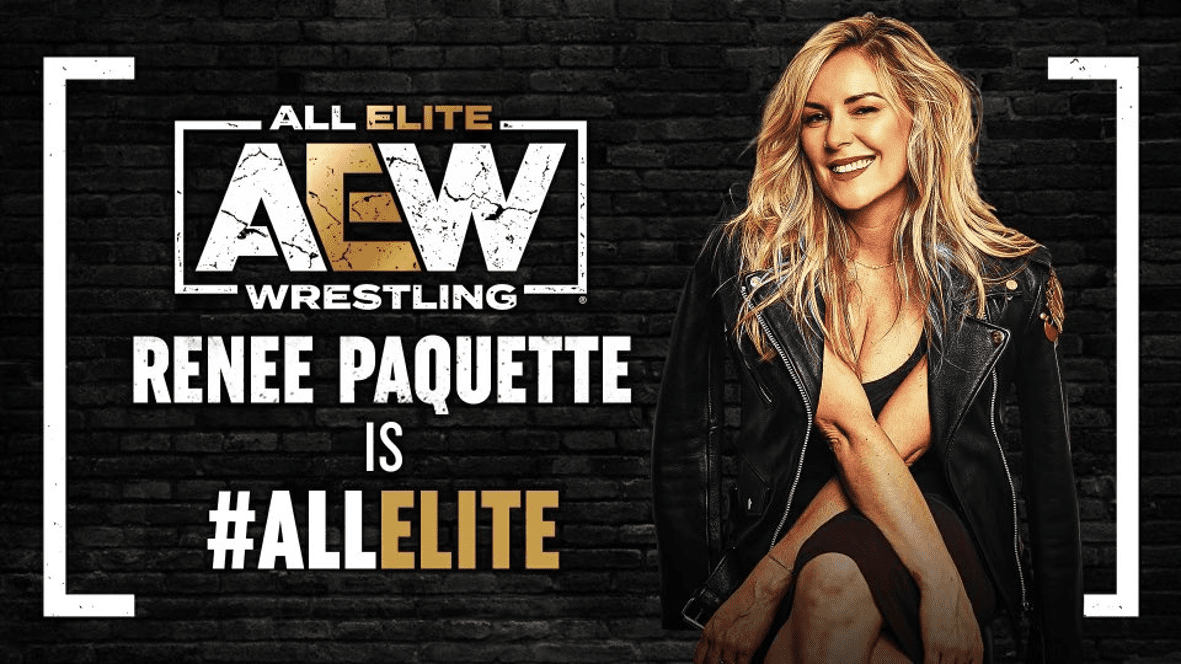 Paquette is married to current AEW World Champion Jon Moxley and is a top broadcaster with a new endeavor with the Cincinnati Bengals NFL organization and with her own The Sessions podcast.