Check out the first three covers in a year-long variant cover program that puts a Disney twist on iconic Marvel Comics moments.

Across The Walt Disney Company next year, Disney 100 Years of Wonder will honor and showcase the rich legacy of storytelling and immersive experiences that have been a hallmark of Disney since its founding on October 16, 1923. Disney’s 100th anniversary will be celebrated around the globe, and Marvel Comics will be marking the occasion with a special monthly DISNEY100 VARIANT COVER PROGRAM featuring Mickey Mouse, Minnie Mouse, Donald Duck, Goofy, and more.

The variant program in honor of Disney100 will celebrate Marvel’s past, present, and future through the classic “What If” lens with a fantastic reimagining of Marvel’s most classic comic book covers. These first-of-its-kind art pieces will see Disney’s iconic characters immersed in the magic of Marvel storytelling as they pay homage to legendary moments in the Marvel Comics mythos, including Captain America assembling Earth’s Mightiest Heroes in AVENGERS #4, as well as the groundbreaking debut issues of FANTASTIC FOUR and THE INCREDIBLE HULK.

With 12 covers in total, fans can look forward to a new Disney100 variant cover (also available in Black and White versions) hitting stands each month of 2023 at local comic book shops. The variant covers will be found on select upcoming issues of THE AMAZING SPIDER-MAN starting with issue #17 on January 11. 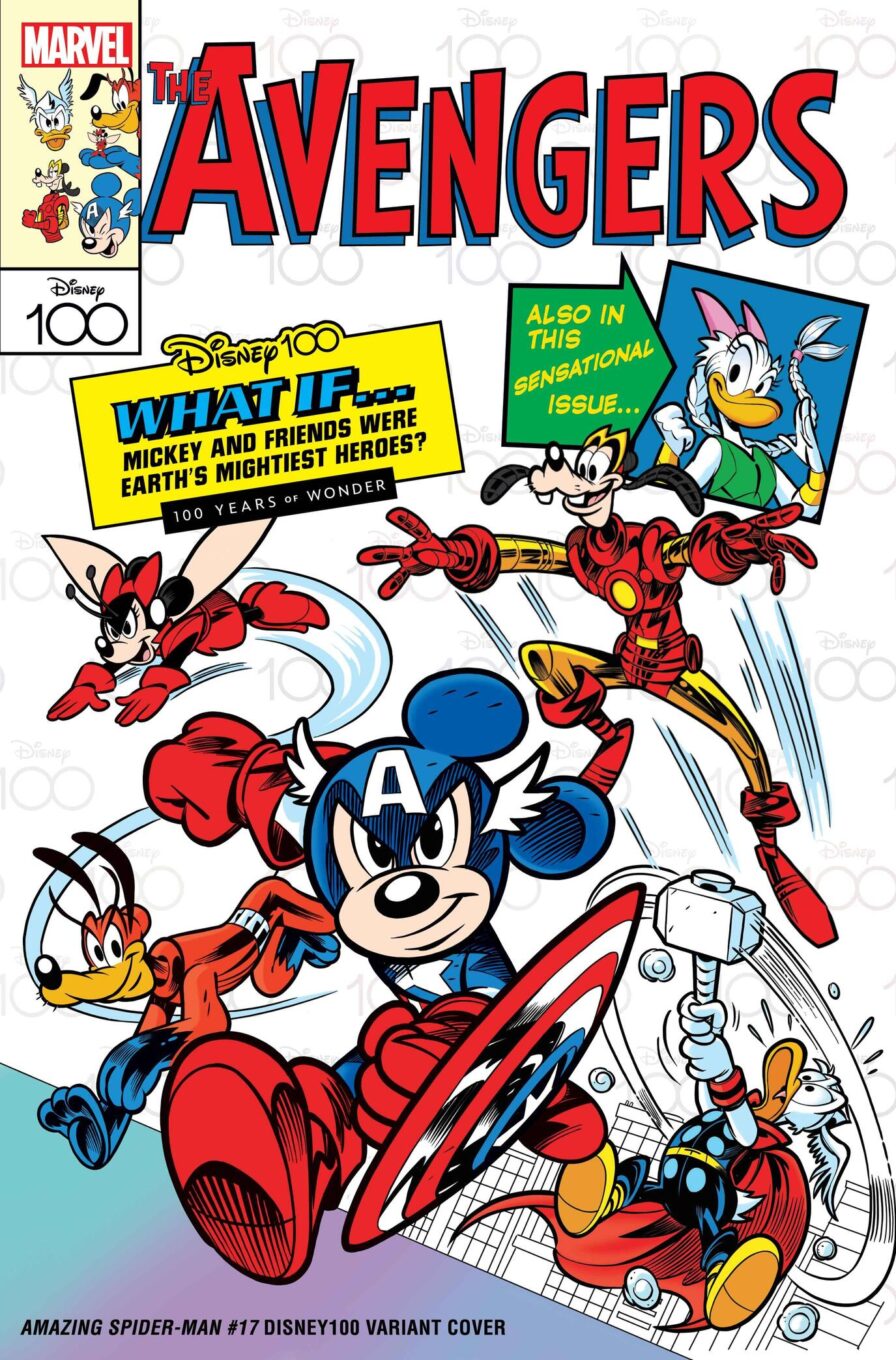 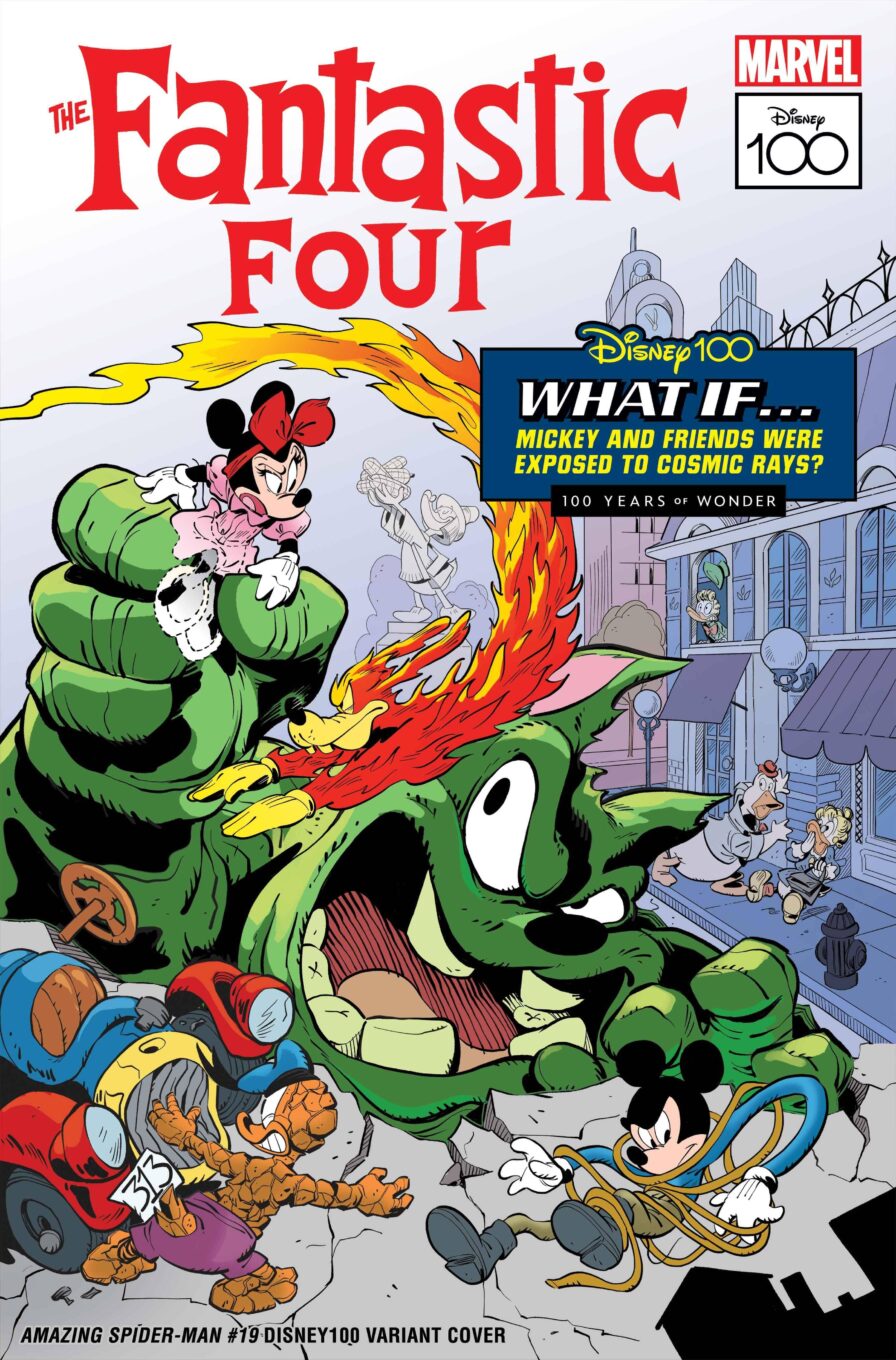 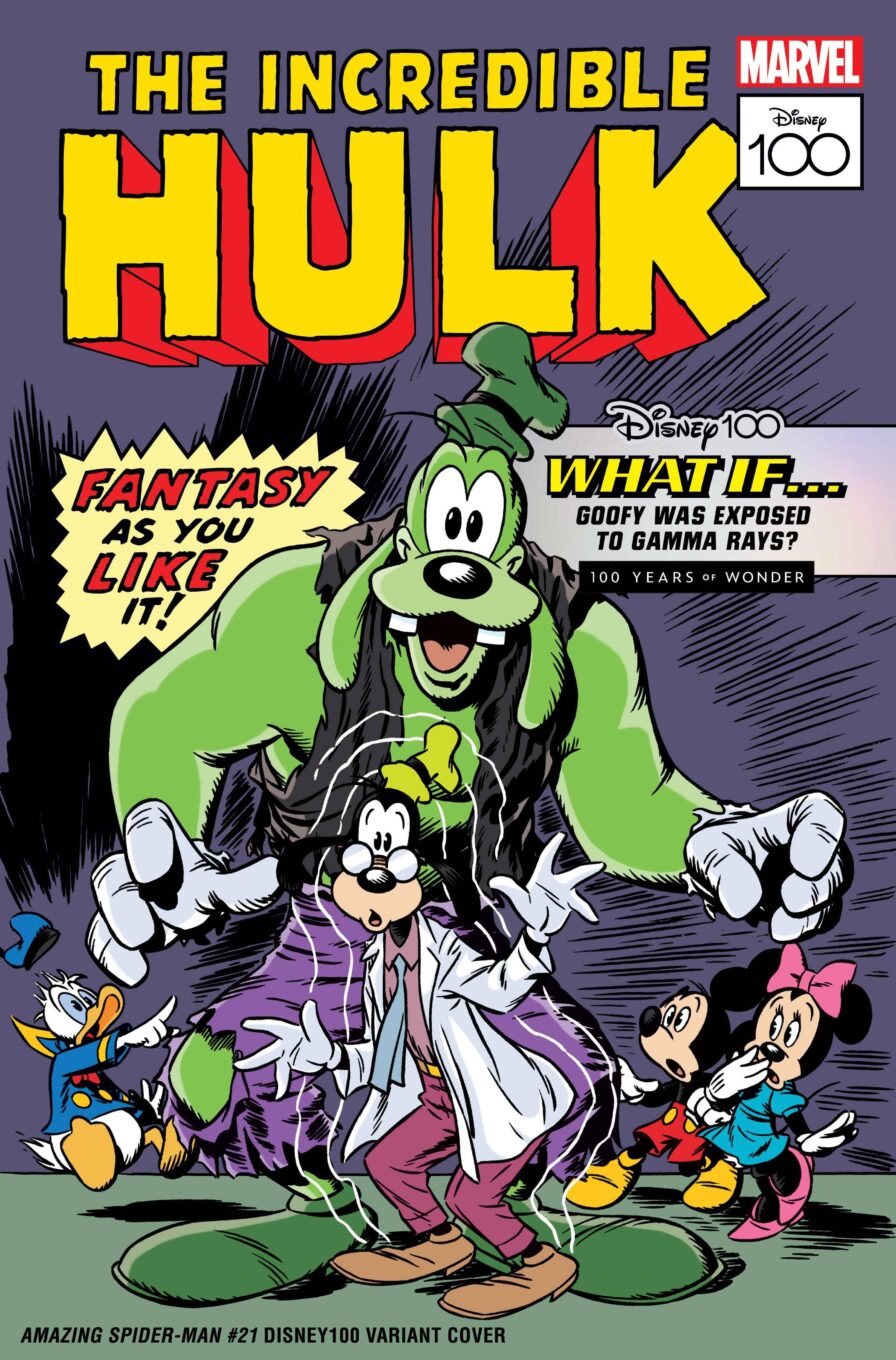 Check out Marvel Comics’ first three DISNEY100 VARIANT COVERS now and stay tuned for more to be revealed in the months ahead!