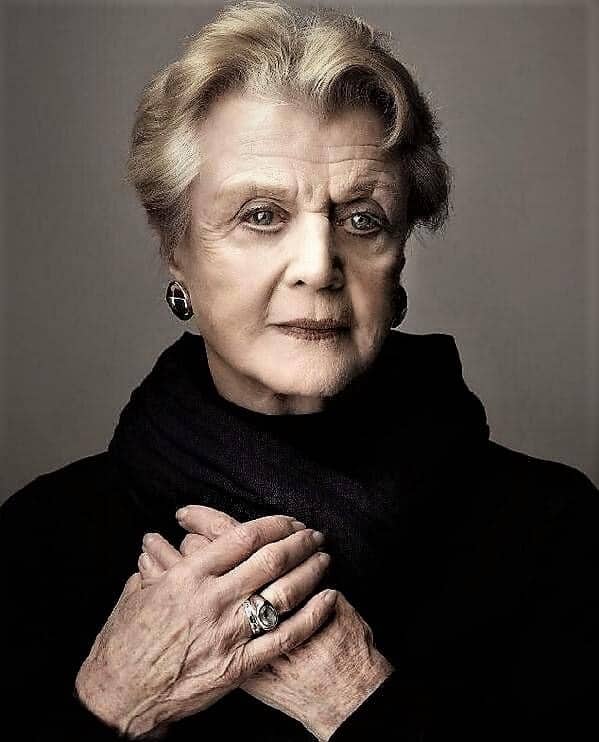 Angela Lansbury, Entrancing Star of Stage and Screen, Dies at 96

She played Mame and won five Tony Awards, received an honorary Oscar and starred for 12 seasons as Jessica Fletcher on ‘Murder, She Wrote.’ 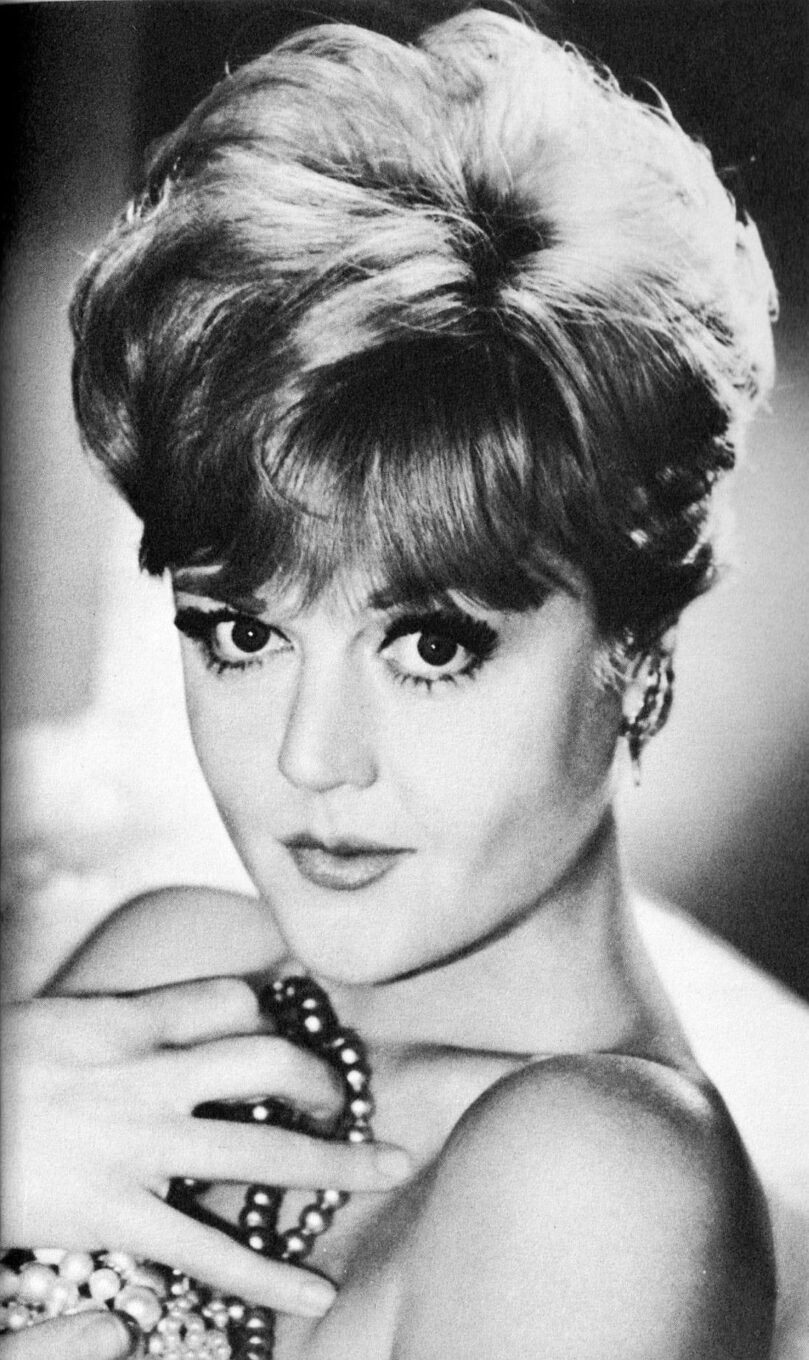 Angela Lansbury, the irrepressible three-time Oscar nominee and five-time Tony Award winner who solved 12 seasons’ worth of crimes as the novelist/amateur sleuth Jessica Fletcher on CBS’ Murder, She Wrote, has died. She was 96.

Lansbury, who received an Emmy nomination for best actress in a drama series for each and every season of Murder, She Wrote — yet never won — died in her sleep at 1:30 a.m. Tuesday at her home in Los Angeles, her family announced. She was five days shy of her birthday.

Lansbury went 0-for-18 in career Emmy noms but did get some love from the Academy of Motion Picture Arts and Sciences, who gave her an honorary Oscar in 2013 for her career as “an entertainment icon who has created some of cinema’s most memorable characters, inspiring generations of actors.”

The London-born Lansbury, then 19, received a best supporting actress Oscar nom for her very first film role, as the young maid Nancy in the home of Charles Boyer and his new bride Ingrid Bergman in George Cukor’s Gaslight (1944).

For her third movie, The Picture of Dorian Gray (1945), she received another nom for playing the lovely singer whose heart is broken by the hedonistic title character. (Her mother, West End actress Moyna MacGill, played a duchess in the film.)

Lansbury then took a turn toward evil and was rewarded with her final Oscar nom for portraying Laurence Harvey’s manipulative mother in the Cold War classic The Manchurian Candidate (1962). The actress often played characters much older than herself, and in this case, Harvey was just a few years younger than Lansbury.

Her charismatic performance as the eccentric title character in a 1966 production of Mame vaulted her to Broadway superstardom and resulted in the first of her four Tonys for best actress in a musical.

She followed with wins for playing “the madwoman of Chaillot” in 1969’s Dear World, with music and lyrics by Jerry Herman; for starring as the ultimate stage mother Rose in a 1974 revival of Gypsy; for dazzling as the off-the-wall Mrs. Lovett in the original 1979 production of Stephen Sondheim’s Sweeney Todd; and, in 2009, for portraying the clairvoyant Madame Arcati in a revival of the Noël Coward farce Blithe Spirit.

She was still on the road in Blithe Spirit as she approached her 90th birthday, and in December 2018 she was back on the big screen, as the Balloon Lady, in Mary Poppins Returns.

In June, she received yet another Tony, this one for lifetime achievement.

In the early 1980s, Lansbury was not interested in headlining a TV series when she was approached by Columbo creators Richard Levinson and William Link to star in Murder, She Wrote. 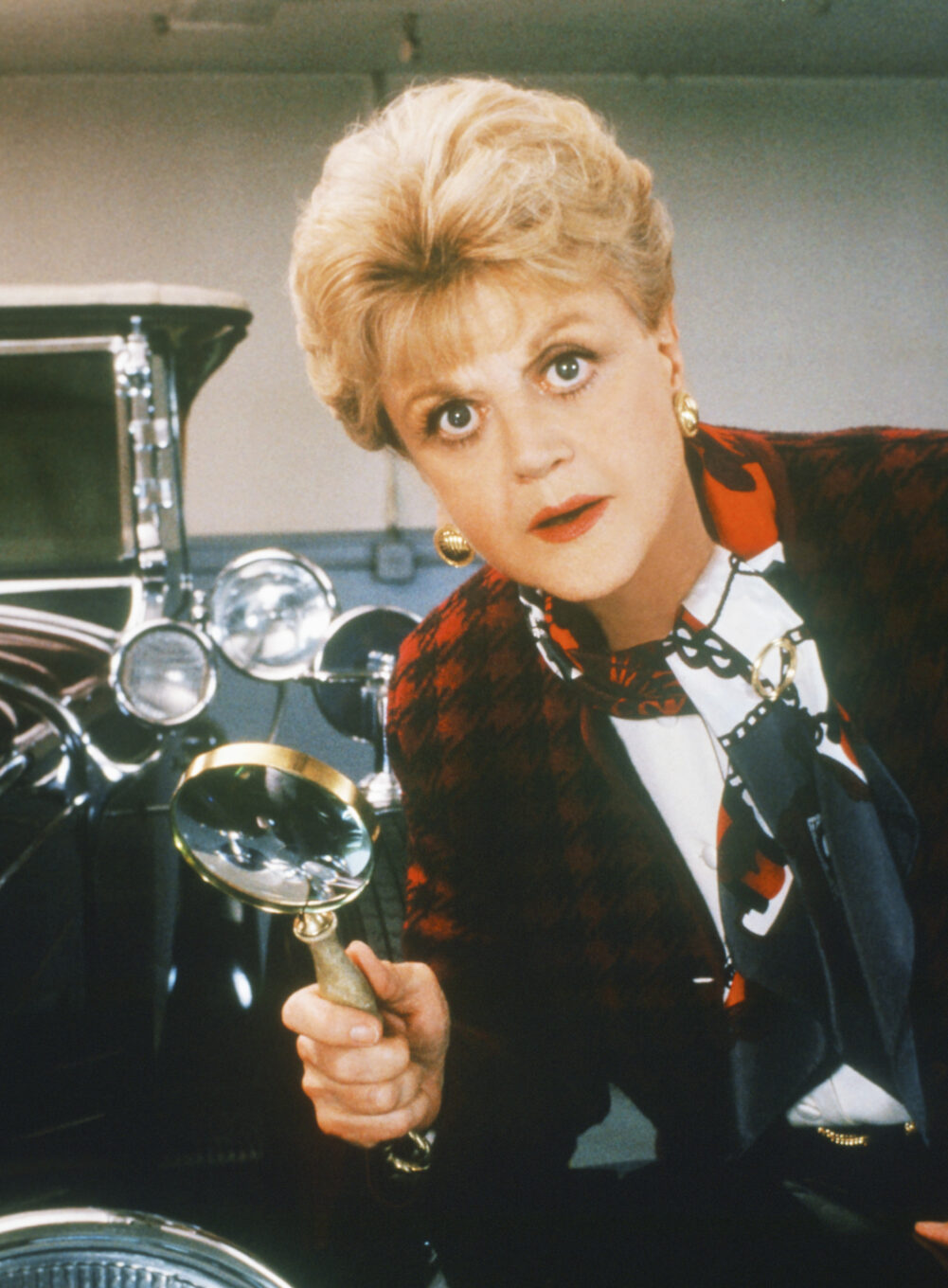 The pair earlier had created Ellery Queen, another show about a crime-solving writer, and former All in the Family star Jean Stapleton had already turned them down.

“I couldn’t imagine I would ever want to do television,” Lansbury said in a 1985 interview with The New York Times. “But the year 1983 rolled around and Broadway was not forthcoming, so I took a part in a miniseries, Gertrude Whitney in Little Gloria, Happy at Last [a dramatization of Gloria Vanderbilt‘s childhood].

“And then [there was] a slew of roles in miniseries, and I began to sense that the television audience was very receptive to me, and I decided I should stop flirting and shut the door or say to my agents, ‘I’m ready to think series.’”

Then 59, Lansbury signed on as the widowed Jessica, a retired English teacher, mystery writer and amateur detective who enjoyed riding her bicycle (she didn’t drive) in the cozy coastal town of Cabot Cove, Maine. Late in the series, Jessica spent time teaching criminology at a Manhattan university.

Universal Television’s Murder, She Wrote ran from 1984-96 (plus four telefilms) and was a huge ratings hit on Sunday nights following 60 Minutes. Both CBS shows appealed to intelligent, older viewers, and Lansbury was the rare woman in the history of television to carry her own series.

The show went 0 for 3 in the Emmy race for outstanding drama series and won just twice in 41 tries overall, according to IMDb.

“Nobody in this town watches Murder, She Wrote,” Lansbury, referring to the TV industry, said in 1991. “Only the public watches.”

The show was ranked in the top 13 in the Nielsen ratings (and as high as No. 4) on Sundays in its first 11 seasons but plummeted to No. 58 when CBS moved it to Thursdays in 1995-96 against NBC’s then-powerful lineup. The series finale, quite appropriately, was titled “Death by Demographics.”

“What appealed to me about Jessica Fletcher,” she said, “is that I could do what I do best and [play someone I have had] little chance to play — a sincere, down-to-earth woman. Mostly, I’ve played very spectacular bitches. Jessica has extreme sincerity, compassion, extraordinary intuition. I’m not like her. My imagination runs riot. I’m not a pragmatist. Jessica is.”

During the course of 12 seasons, Jessica solved some 300 murders — and still had time to write more than 30 books!

Angela Brigid Lansbury was born Oct. 16, 1925, in London to a timber-merchant father and an actress mother, a star of the English stage. She participated in school plays at Hampstead School for Girls and studied for a year at drama school, passing with honors at the Royal Academy of Music. 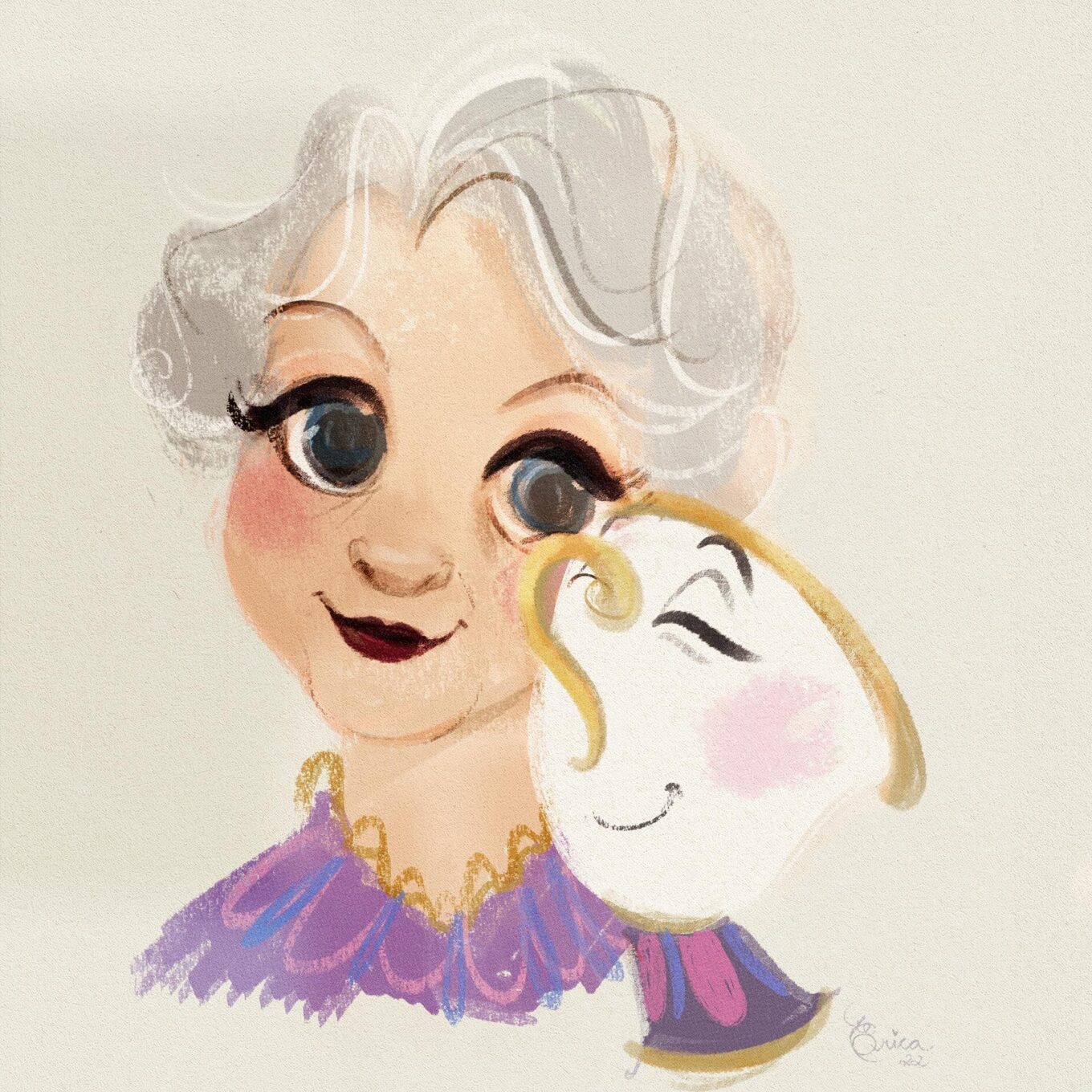 With the outbreak of World War II, she, her mother and her younger twin brothers, Bruce and Edgar, moved to the U.S. (Her father had died when she was 9; her half-sister stayed behind and married actor Peter Ustinov in 1940.)

The blue-eyed Lansbury attended the Feagin School of Dramatic Art in New York City and graduated in 1942. Although still in her mid-teens, she auditioned for nightclub appearances, and her songs and imitations of comic actress Beatrice Lillie won her an offer from the Samovar Club in Montreal. She fibbed about her age and got a six-week engagement.

Her mother, who had wound up in Hollywood at the end of the war, brought her daughter to California, and the 18-year-old was signed by MGM and given the role in Gaslight. She then appeared in National Velvet (1944) with Elizabeth Taylor but spent much of the next several years stuck in small parts at the studio.

“I ended up playing some of the most ridiculous roles at MGM,” she said.

But Lansbury found a home in the theater. She made her Broadway debut in 1957 in the farce Hotel Paradiso, and her first musical came with the 1964 Sondheim production Anyone Can Whistle.

On the big screen, Lansbury also was memorable as Elvis Presley’s mom in Blue Hawaii (1961), as a cold-hearted parent in The World of Henry Orient (1964), as the English witch Eglantine Price in Bedknobs and Broomsticks (1971) and as the teapot Mrs. Potts in the animated Beauty and the Beast (1991).

Warming up for her Murder, She Wrote stint, Lansbury starred in two Agatha Christie projects: as a novelist in Death on the Nile (1978) and as the spinster sleuth Miss Marple in The Mirror Crack’d (1980).

When she was 19, she wed actor Richard Cromwell, then 37, but the marriage lasted less than a year, and she later discovered he was gay. In 1949, she wed British agent and producer Peter Shaw, and they were together until his death in 2003. They had two children, Anthony and Deirdre.

In 1971, after her house burned to the ground in Malibu, the family moved to a farmhouse in Cork, Ireland, and stayed there for a decade. She said that saved her kids from succumbing to drugs.

Her brothers also went on to show business careers, with Edgar working as an art director and producer and Bruce, who died in February 2017, serving as a producer on Murder, She Wrote; The Wild Wild West; Wonder Woman; and other shows.

In addition to Edgar, Anthony and Deirdre, survivors include another son, David; grandchildren Peter, Katherine and Ian; and five great-grandchildren. A private family ceremony will be held at a date to be determined… 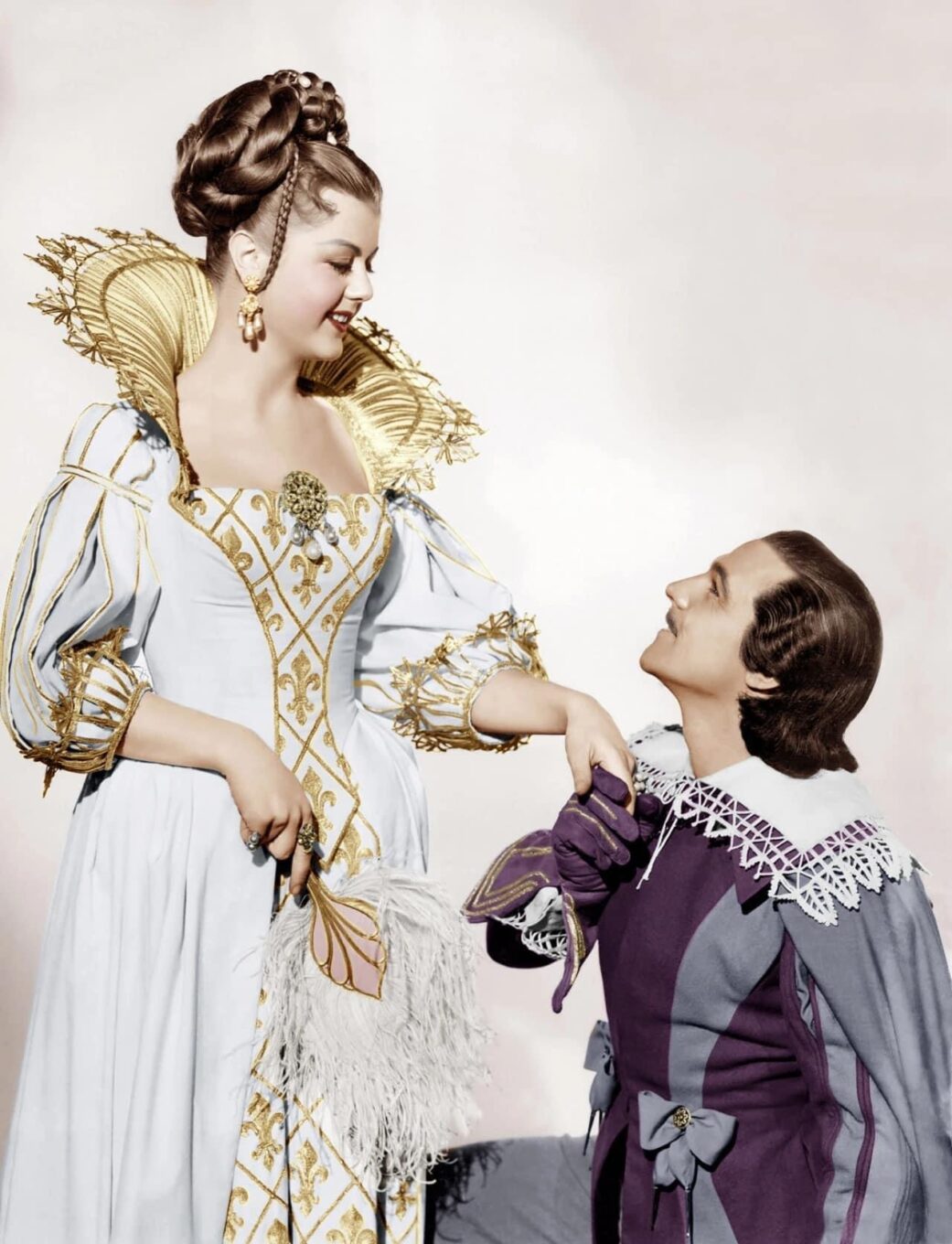 On behalf of the IP team, I offer our condolences to the family, friends and fellow fans of Dame Angela Lansbury.