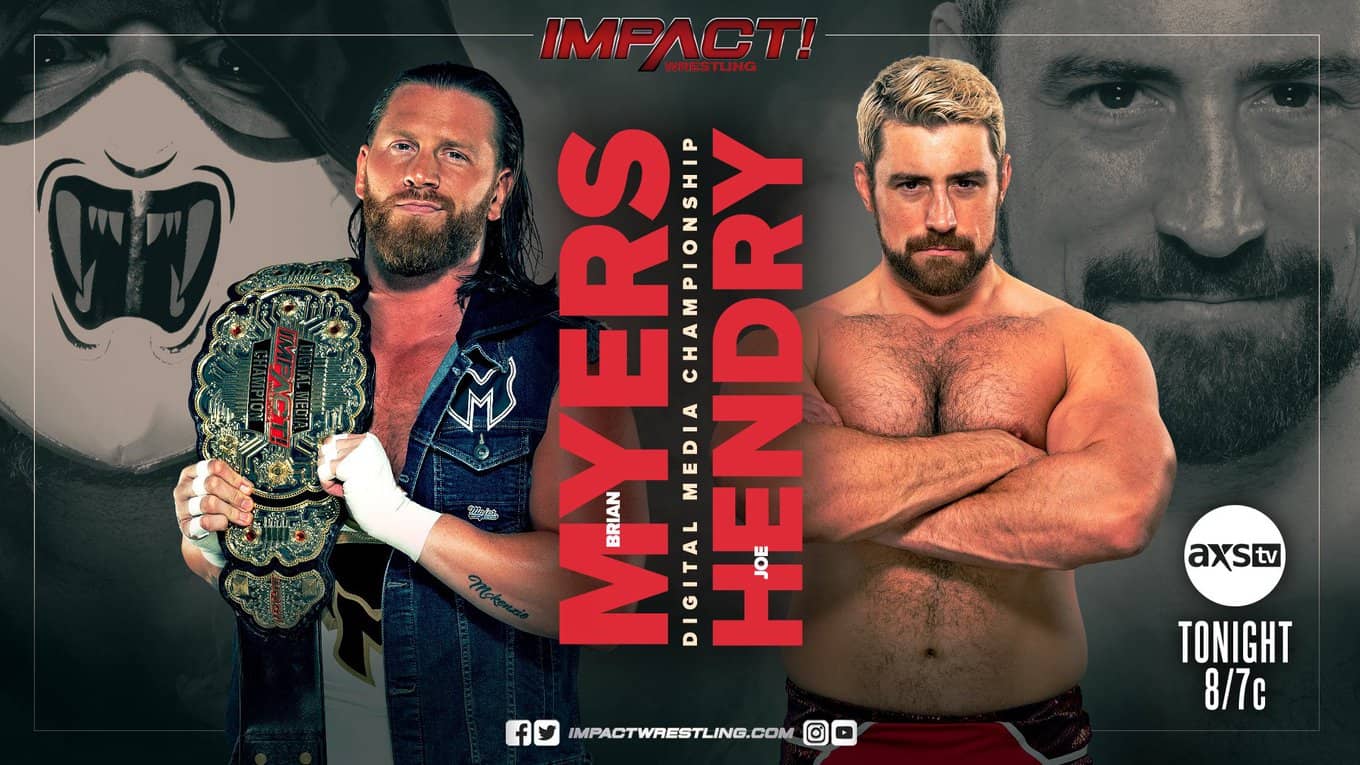 After saying his name last week, Brian Myers must now defend the Digital Media Title against Joe Hendry! Before the match begins, Hendry gets on the mic and says that if he becomes champion tonight, he promises to be a force for good. Hendry hits a delayed vertical suplex for an early two count. Cardona provides a distraction from ringside, allowing Myers to take control with an Enzuigiri. Hendry fights out of a submission attempt with another strong suplex. Hendry quickens the pace with a series of strikes, then plants Myers with a Trust Fall. Myers hits a Flatliner for two. Hendry comes back with a powerbomb. The fight spills to the outside. Cardona is about to get involved when IMPACT World Tag Team Champions Heath and Rhino fight him to the back. In the ring, Myers hits the Implant DDT but it’s not enough to keep Hendry down. Hendry connects with the Standing Ovation to become the new Digital Media Champion! 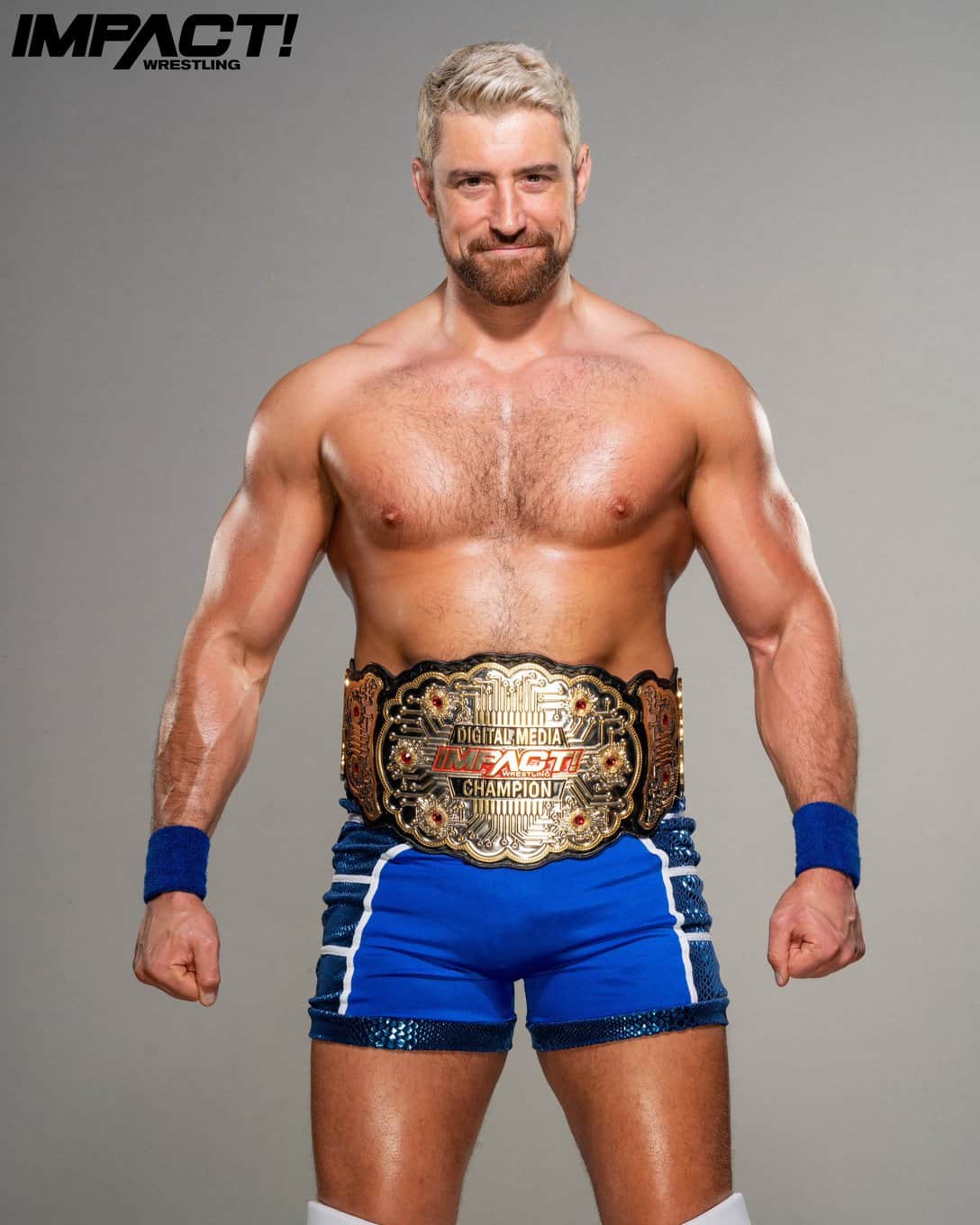 Congrats to the new champ, but don’t worry about former champion Brian Myers. 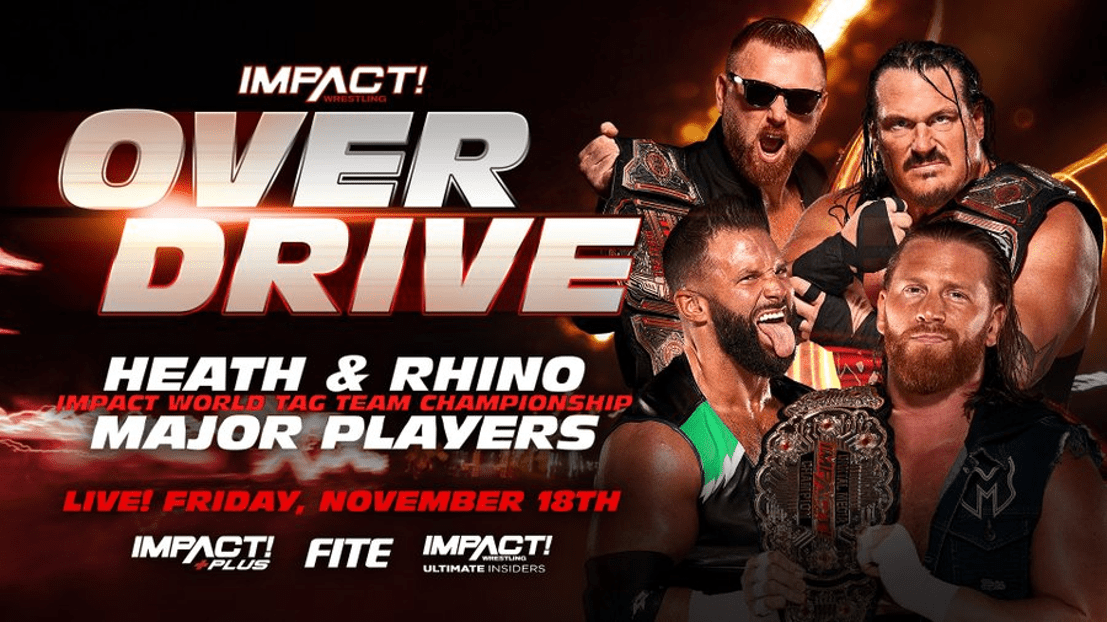 He and long-time friend and partner Matt Cardona are challenging for the Impact Wrestling Tag Team Championships at Over Drive 2022. 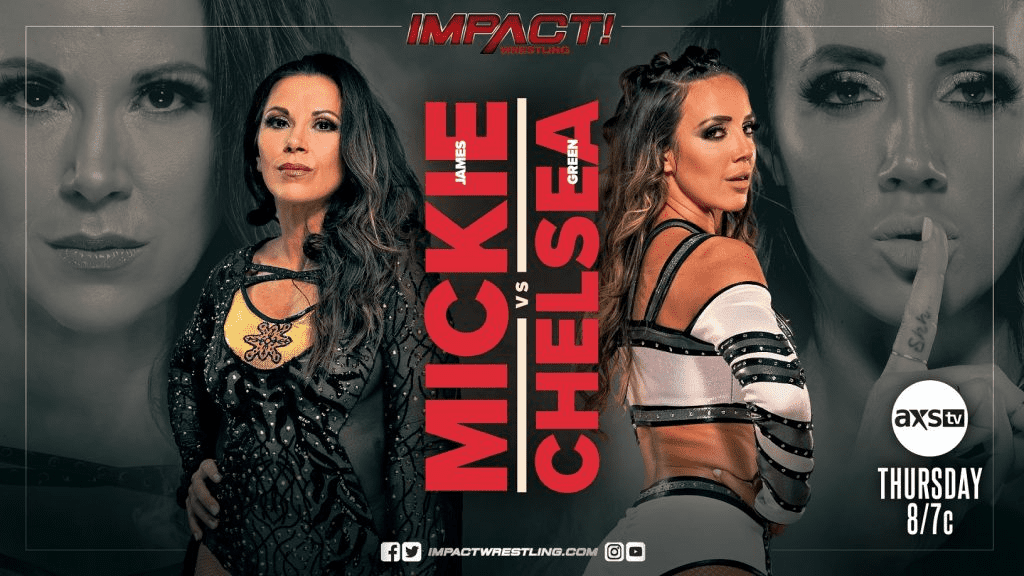 Mickie James’ Last Rodeo continues tonight as she battles Chelsea Green who has become obsessed with ending her legendary career! Purrazzo hooks the leg of James from the outside, allowing Green to capitalize with a backstabber. Green goes for the Unprettier but James counters into a superkick. Purrazzo gets caught putting Green’s hand on the bottom rope, causing the referee to eject her from ringside. Green locks in a Half Boston Crab but James rolls through and sends her to the floor. James drops her with a Hurricanrana on the outside. Moments later, both Knockouts are down following in-sync kicks on the apron. They make it back into the ring before the nine count but Green inadvertently takes out the referee. Purrazzo returns to ringside but Taylor Wilde evens the odds. James has the match won following the Mick DT but the referee is still down. Green hits the Unprettier for a very close near fall. James counters a missile dropkick into a pinning predicament to win!

Mickie James def Chelsea Green – If Mickie Loses, Her Career Is Over

In addition, it looks like Chelsea Green, Cardona’s real-life wife and part of the Major Players faction, appears done with Impact Wrestling and, if rumors are true, is WWE bound.