Sony Pictures announces The Class for DVD and BD

The Class (Entre les murs) is one of just six films in the Cannes Film Festival’s history to be unanimously voted as the best. Laurent Cantent’s feature stars FranÃ§ois BÃ©gaudeau as a literature teacher working in an inner city middle school in France. The film went on to be nominated for this year’s Best Foreign Langauge Film (ultimately losing to Japan’s Departures). The Class comes to Blu-ray on August 11th. 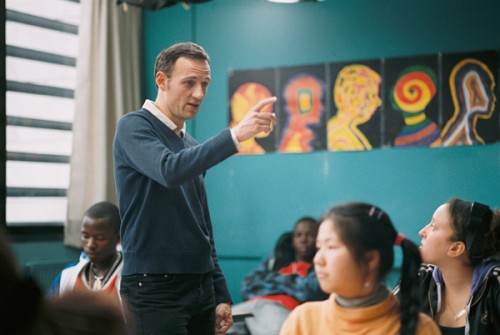 Francois Begaudeau plays a teacher struggling to reach Parisian students in “The Class.”