Severin to bring The Inglorious Bastards to Blu-ray

This isn’t Quentin Tarantino’s upcoming war epic, Inglourious Basterds. But nonetheless Severin is set to release 1978’s Quel maledetto treno blindato aka The Inglorious Bastards on Blu-ray this summer to coincide with QT’s August film, which borrowed the title and is not a remake. Enzo G. Castellari’s cult classic follows a group of American soldiers (including Bo Svenson and Fred Williamson) who head to Switzerland to avoid fighting in WWII, only to find themselves volunteering for a mission that has them infiltrating a German train to steal weaponry. The film comes to Blu-ray for the first time on July 28th 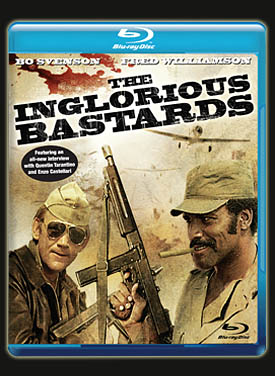