the Veil from El Torres and Gabriel Hernandez

San Diego, CA (June 10, 2009) – Blurring the line between the living and the dead, IDW is proud to launch a new comic series from writer El Torres (Zombies!: Eclipse of the Undead) and artist Gabriel Hernandez (Clive Barker’s The Thief of Always). The Veil, with the first issue available in stores this week, chronicles Chris Luna, a private eye whose clients are all dead. Unable to make a living, she is forced to move back to Maine and confront the darkness lurking in her sleepy hometown.

“Gabriel showed us what he could do when he illustrated The Thief of Always, and it’s great to have him once again put his ability to convey otherworldly concepts to good use on The Veil,” said Chris Ryall IDW’s Publisher/Editor-in-Chief. “Between his artistry and the great story telling of El Torres, we are very enthusiastic about The Veil.”

In the four-issue series, El Torres sets a truly eerie scene of ghosts wandering the streets of Crooksville, Maine and of residents slowly being driven insane by a supernatural force. Hernandez masterfully illustrates each nuance, including a malevolent presence known only as the Slug Man who threatens to rip the veil between the living and the dead.

In addition to covers by Hernandez, each issue will also feature a cover by award-winning designer/artist Ashley Wood.

“It’s said that humans only use ten percent of our brains, but we don’t think that’s true,” commented El Torres and Hernandez. “As you’ll see in The Veil, the other 90 percent is frantically trying to hide the horror of reality from us.” 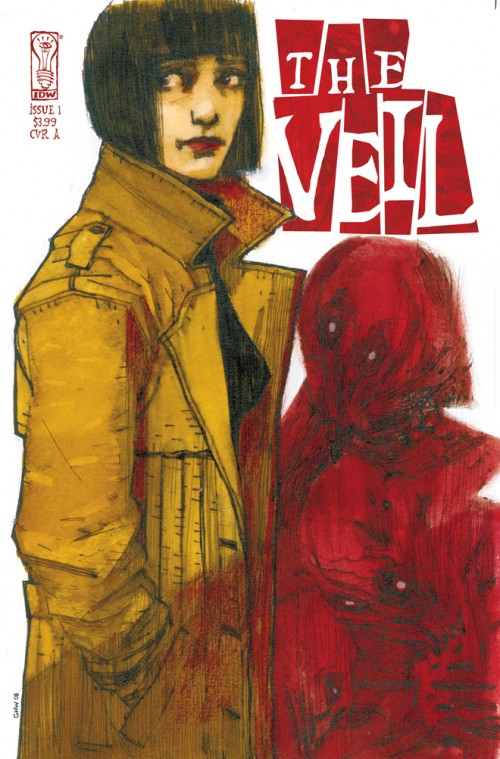