Are you in extreme danger? Need special protection? Is there a bullet out there with your name on it? Leave it to Chance. Christopher Chance. Mark Valley (Keen Eddie, Boston Legal) is the protector-for-hire in the thrill-packed Human Target, based on the DC Comics series and graphic novel. From piloting a distressed, upside-down jumbo jet to bodyguarding a D.A. targeted by a gang, Chance puts his life on the line – and each new adventure reveals a little about the mysterious past that drew him to this line of work. Chi McBride as ops manager Winston and Jackie Earle Haley as techno genius/fixer Guerrero are Chance’s ace support crew in a series bursting with “brilliantly off-kilter characters and high production values” (Mary McNamara, Los Angeles Times).

The FOX show, which was a lead-in to 24 earlier this year (but will have a Friday night timeslot in the fall), will be released on DVD and Blu-ray Disc on September 21, 2010. Both releases will include all twelve episodes from the first season, along with commentary for the pilot episode, deleted scenes and two featurettes (“Human Target: Confidential Informant” and “Human Target: Movie-sized Action on Television”). The suggested retail price for the three-disc DVD is $39.98. The two-disc Blu-ray will retail for $49.99. 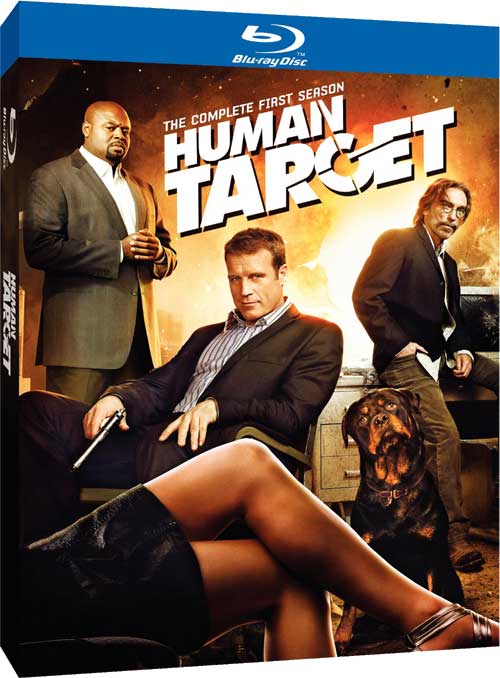 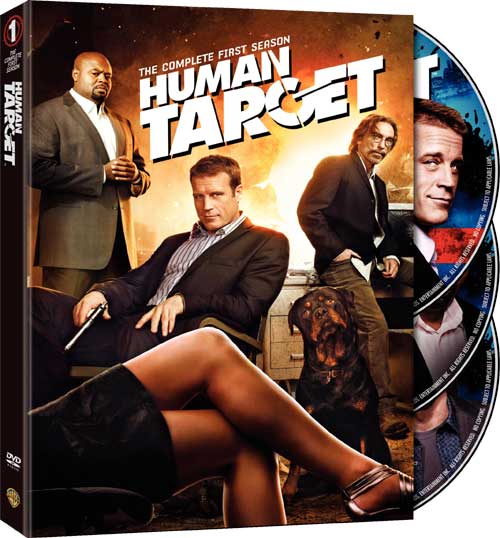 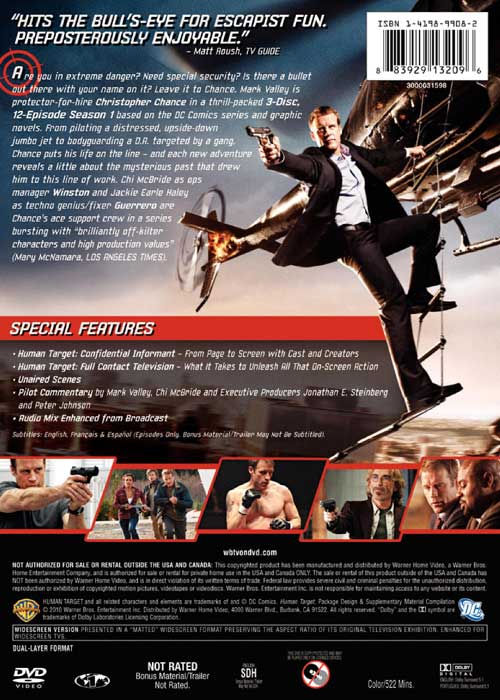