Inside Pulse Box Office Report: Inception Tries to Withstand The Other Guys, Step Up 3-D 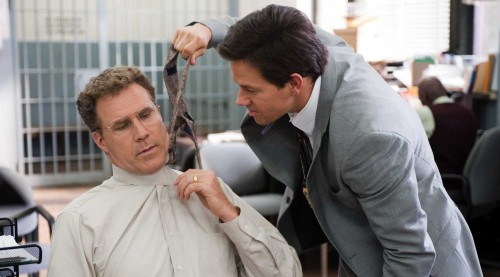 What do you mean The Happening sucked?

It looks like the comedy pairing of Will Ferrell and Adam McKay has done it again. Starting with Anchorman in 2003, the two have produced comedies that have raked in, at worst, $85 million. Opening weekends typically get them at least $30 million. But why is it only when Ferrell is paired with McKay that the movies do gangbuster business? Are audiences smart enough to avoid Semi-Pro yet can pick out the “real” Ferrell movies? Considering that The Other Guys made twice as more as his last outing, Land of the Lost the answer would be an unequivocal yes.

For the record, Ferrell’s biggest hit without the involvement of writer/director was the figure-skating spoof Blades of Glory. But other than Elf McKay as been the one constant in Ferrell’s success as a comedic lead. Ferrell, who surprised critics with his performance in Stranger Than Fiction, showing he could be more than a loud verbal incinerator of rage and expletives, has yet to have as rounded a performance. It will be interesting to see if his collaboration with writer/director David Mamet will come to fruition, because I really want to see a movie titled Joan of Bark: The Dog That Saved France. In the meantime I’ll settle for his comedies with Adam McKay. If it means that we’ll finally get a sequel to Anchorman then so be it.

While The Other Guys may have dethroned Inception from its top spot, Christopher Nolan’s film shows no signs of slowing down. The secret to its success, why the answer is in your mind – you just need to know where to look. Actually, the repeated business has only allowed for a 32% drop in attendance. For a feature entering its fourth weekend that figure is beyond impressive. It now sits at $227.7 million after a weekend take of $18.6 million. It may be a longshot, but $300 million domestically is not outside the realm of possibility.

Proving that audiences would rather watch Dancing with Stars than the latest incarnation of Step Up series, Step Up 3D had a weaker opening than the previous two. Inflated ticket prices and 3D glasses couldn’t help to offset the numbers. The dancing is impressive I’ll give them that, but all the characters are interchangeable from one another. The series has fared well in overseas markets as the films have made at least $114 million each worldwide. Whether or not Step Up 3D can match those figures is uncertain. If anything, there may be a moratorium on the franchise for a few years.

Currently in the vicinity of the $100 million mark, Angelina Jolie’s Salt has been able to withstand some heavy competition in order to appease audiences that crave action – especially those seeking it from the likes of Ms. Juicy Lips. Maybe it’s the whole jumping from truck to truck that has them salivating for more Angelina. Not as salivating is Dinner for Schmucks, which was lukewarm its first weekend and has failed to be reheated. With The Other Guys courting the same demo it was inevitable that Paul Rudd and Steve Carell would come out on the losing end. Carell should have armed himself with a trident and Rudd should have doused himself with a bottle of Sex Panther.

Schmucks may only have a little over $46 million after ten days, but Carell’s other summer comedy, Despicable Me, crossed $200 million this weekend. After five solid weekends, the animated hit most assuredly retained most of the 3D screens even with the arrival of other 3D features coming out. It was able to withstand the other recent kid-flick Cats & Dogs and the Lifetime Movie of the Week that was granted a theatrical exhibition, Charlie St. Cloud. Both had sharp drops, especially St. Cloud which lost 62% of its audience. Just like Robert Pattison experienced with Remember Me, if Zac Efron isn’t singing and dancing nobody cares.

Still hanging around in the top ten is Toy Story 3 with $3 million. Another weekend it could surpass $400 million domestic. Right below it and rounding out the list if the indie comedy The Kids Are All Right. With $14 million already, $20 million isn’t outside the realm of possibility. It may not be a knockout hit for Focus Features, let’s face it the independent arm for Universal is no Fox Searchlight, but it is a good number considering the comedy’s subject matter.

In other indie news, Get Low added 22 locations and pulled in another $234k. New in theaters, Middle Men starring Luke Wilson only played on 252 screens and averaged $1,210 per-screen. If you think that’s bad, Joel Schumacher’s Twelve opened on 231 screens and averaged $436 dollars per location. Rob Reiner’s Flipped debuted on 45 screens and tied with Get Low for overall earnings. Lebanon, which has drawn comparisons to the German film Das Boot, but set in a tank, opened on two screens and scored $16,700 overall.