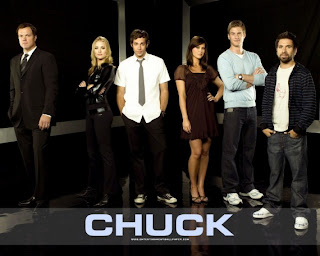 I usually like Chuck. In fact, I usually love Chuck. But this episode? I don’t know, it just didn’t do it for me.

Things that were supposed to be funny just felt tacky, and the whole thing just seemed a little…gratuitous? The premise was alright. Chuck and Sarah were having an engagement party, and he tried to track down some of her old friends to attend. That sounds very much like Chuck. But the idea that Sarah once belonged to a Charlie’s Angels type group of spies called the C.A.T. Squad? It just really, really left me feeling cold. 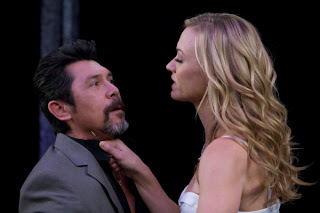 For example, it was predictable. I knew from the beginning that the chipper Baby Spice type spy would be the real traitor, that Sarah would see she’d been wrong about Zondra, and that in the end Sarah would admit she was glad Chuck had gone meddling in her past.

And Sarah and Zondra deciding to settle their trust issues by fighting? How does that prove anything? Couldn’t they fight and Zondra still could have been the traitor? Yes. So it was gratuitous.

I like this show a lot and don’t want to focus too much on one dud episode, so I’ll leave it at that. There were some shining moments that I’d like to see the series continue to focus on this season.

What did you think of  “Cat Squad”? Did you like it more than I did? What storylines do you want to see developed this season?