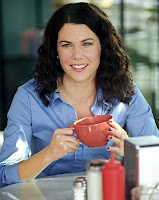 I have a TV soul mate. I don’t mean soul mate like, I looooooove them, I want to kiiiiiiiiss them. I mean like a character that is your kindred spirit. Someone you can relate to better than your average TV show character. I’ve seen a few of them over the years. I always felt a special affection for Lorelai Gilmore on Gilmore Girls. Sure, I didn’t run away from a wealthy life at the age of seventeen to raise a baby. But there was something about the way she’d react to a situation that felt very familiar.

I also always felt a certain connection with Rhoda Morgenstern on The Mary Tyler Moore Show. Sure, I wanted to be Mary Richards, with her perfect hair and amazing wardrobe and plucky spirit. In fact, I think Mary Richards has a little bit to do with why I took journalism in school. And I’d say I’ve got her spunk (I hate spunk!) But really, I’m a Rhoda – the sarcastic, tough love, can’t catch a break friend.

Right now, though, my television kindred spirit is April Ludgate on Parks and Recreation. I didn’t see it at first – my boyfriend pointed it out to me after watching a few episodes, and I whined that I’m not nearly as moody. (Case in point?) But I had to admit, the girl does have all my facial expressions down pat: 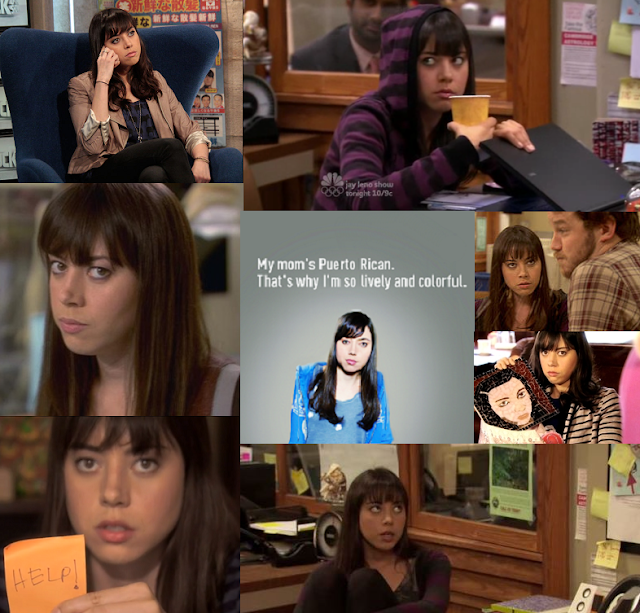 The best part? I often wish I could have a mockumentary crew follow me around so that when people annoy me, I can stare at the camera with deadened eyes that say “Can you believe this?” Instead, I’m forced to make that face to a wall.

So, who’s your TV kindred spirit? And be honest – because if I were just picking who I wanted to be, it’d totally be someone way more awesome like Veronica on Veronica Mars. Unfortunately, I never had what it takes to be a teen detective.