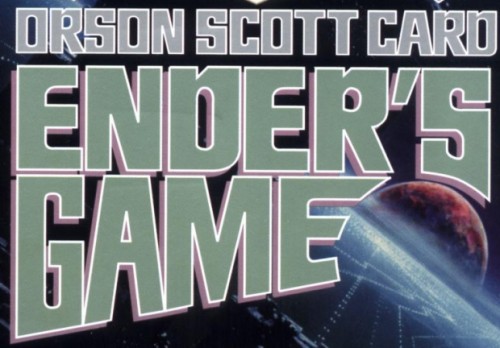 As the end of The Twilight Saga fast approaches, studio Summit Entertainment is looking to the future by acquiring film rights to novels that are centered on young teens. Already they are developing The Hunger Games with Gary Ross (Seabiscuit, Pleasantville) at the helm. Now comes the news that the studio has obtained the rights to adapt Orson Scott Card’s best-selling science-fiction novel Ender’s Game.

Of all the novels that I’ve read, Ender’s Game is by far my favorite. And this is coming from someone who isn’t a science fiction guy. The novel is set in a future where humankind has barely survived two conflicts with the Formics (an insectoid alien race referred to as the “Buggers”). With a third invasion looming the world’s most talented children, including Ender Wiggin, are taken at a very young age to a training center known as the Battle School, to learn to be fleet commanders. There, teachers train them in the arts of war through increasingly difficult games including ones undertaken in zero gravity in the Battle Room where Ender’s tactical genius is revealed.

Ender’s Game is easily accessible to those who aren’t heavy in to science fiction, and it has become suggested reading for many military organizations, including the United States Marine Corps.

With the news that Gavin Hood, of Tsotsi and X-Men Origins: Wolverine previously, is directing I’m hopeful that Summit Entertainment will give the novel the cinematic treatment it deserves. The zero gravity battle sequences alone, if done correctly, will be worth the price of admission. Still, considering the subject matter, where Ender Wiggin is involved in two brutal fights at various points in the story, Summit better not water down the violence too much.

Star Trek and Cowboys & Aliens scribes Roberto Orci and Alex Kurtzman are producing through their K/O Paper Products banner, along with Odd Lot’s Gigi Pritzker and Linda McDonough, the author and Lynn Hendee. Odd Lot picked up the rights once Warner Bros. let its option lapse. At one point Wolfgang Petersen was going to direct.

While there’s no set date of when production will commence, the timetable is for early next year.