Disc News: Kojak busts a fourth season in May

The shining dome of justice that is Kojak had been dimmed for nearly seven years. The classics ’70s New York Cop show had been backburned after its first season DVD set was released in 2005. Things looked bleak until Shout! Factory revived the DVDs with Season Two back in September. They quickly followed it up with Season Three and The Complete Movie Collection. Without much waiting, Kojak: Season Four is due out May 1. All that’s left in the vault is Season Five. Season Four is beloved for the time that Kojak had to go after Christopher Walken. Little did he know that actor would go on to be the King of New York.. Here’s the press release from Shout! Factory: 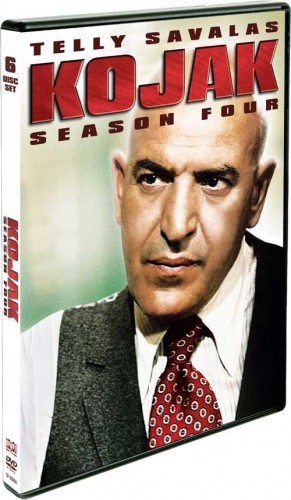 He’s got style, street smarts and a penchant for lollipops- Telly Savalas returns as Lieutenant Theo Kojak in Season Four of the classic’70s cop drama Kojak. A must-have for fans of police dramas and DVD collectors, the six-disc DVD set will be available nationwide from Shout! Factory May 1st, 2012 with a suggested retail price of $44.99.

Created by Emmy and Academy Award-winning writer Abby Mann, Kojak ran for five seasons on CBS from 1973-1978 and spawned a series of TV movies throughout the ’80s and ’90s. Actor Telly Savalas won an Outstanding Lead Actor Emmy for his role.
Available at Amazon.com.

Will Bobby Lashley Have Shoulder Surgery After WWE Wrestlemania 38?