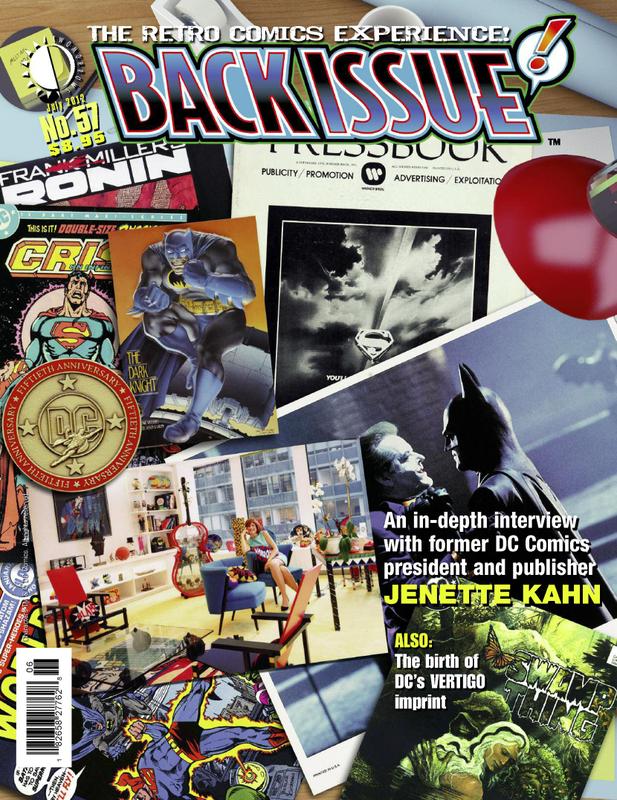 I’ve been reading comics for over 35 years. I am as excited about 2012 and 2013 as I was at two other times in my fandom: (1) in the mid 1980s with the industry changing Crisis on Infinite Earths and the advent of the direct market comic shoppes and (2) in the early 1990s with the Marvel Comics artists exodus and their formation of Image Comics plus DC Comics’ creation of a “mature readers” imprint called Vertigo.

I was recently reading Back Issue! #57 (preview here) produced by TwoMorrows Publishing – it is a magazine series that looks back at the bronze age of comics and dubs itself “The Retro Comics Experience!” – predominantly for an excellent interview of former DC Comics President, Publisher and Editor-and-Chief Jenette Kahn, conducted by Robert Greenberger. That issue also had a nice look back at the origins and implementation of the Vertigo Comics imprint with contributors like Grant Morrison and some great insight by Vertigo editor and architect Karen Berger. This Vertigo retrospective by Alex Boney is worth a read too.

In that issue, Karen Berger revealed her very straightforward formula for the success of the imprint. 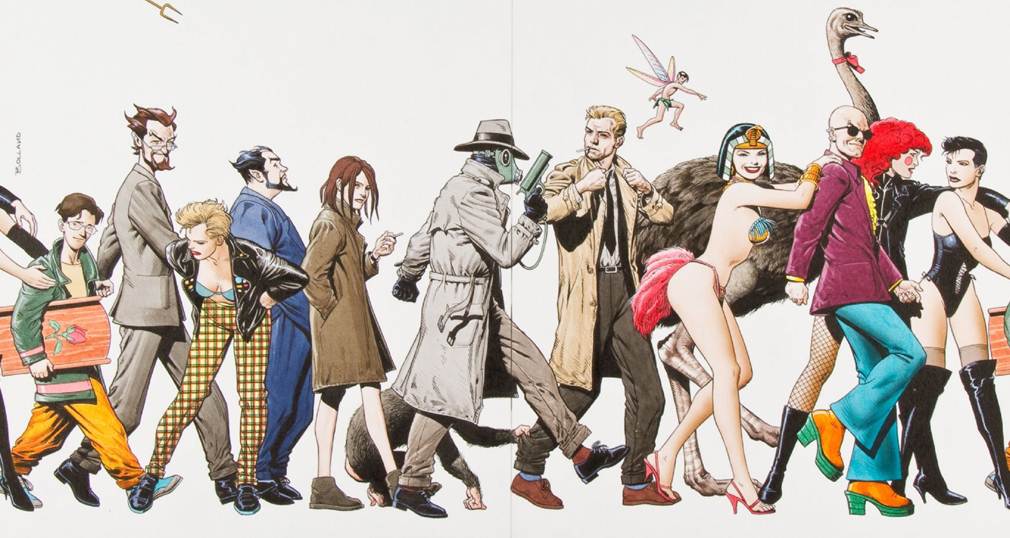 and use that as the umbrella titles for the group. But each month, we wanted to launch two new series – one which would be creator-owned and one which would be a weird take on a DC character (either in monthlies or minis). We grew the line to about 12-15 titles per month. We’ve done that over the last 19 years of the line, depending on what the market could support and what we could generate. If anything, at the start of the line, I really wanted a place where writers and artists could create their own ideas and have a home for them. I always thought of the kooky stuff with the DC characters as really just a starting-off point.”

One of my fave Vertigo titles back in the day was Sandman Mystery Theatre. It chronicled the tales of the then Golden Age Sandman Wesley Dodds set in the 1930s. As a huge fan of the Justice Society this book was a great fit for me. 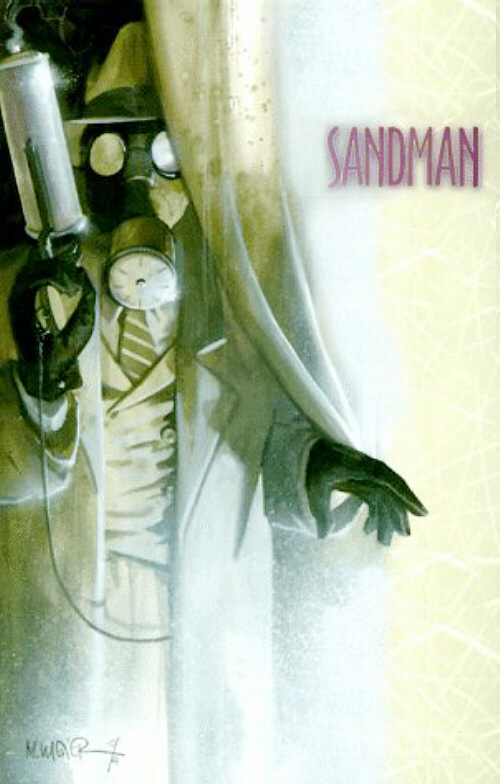 As an older reader when it debuted, it was also the first “super-hero” comic (and yes I deliberately used quotations there) that seemed to be complex, multi-layered, and through its run effectively blended action, intrigue and a more realistic take on 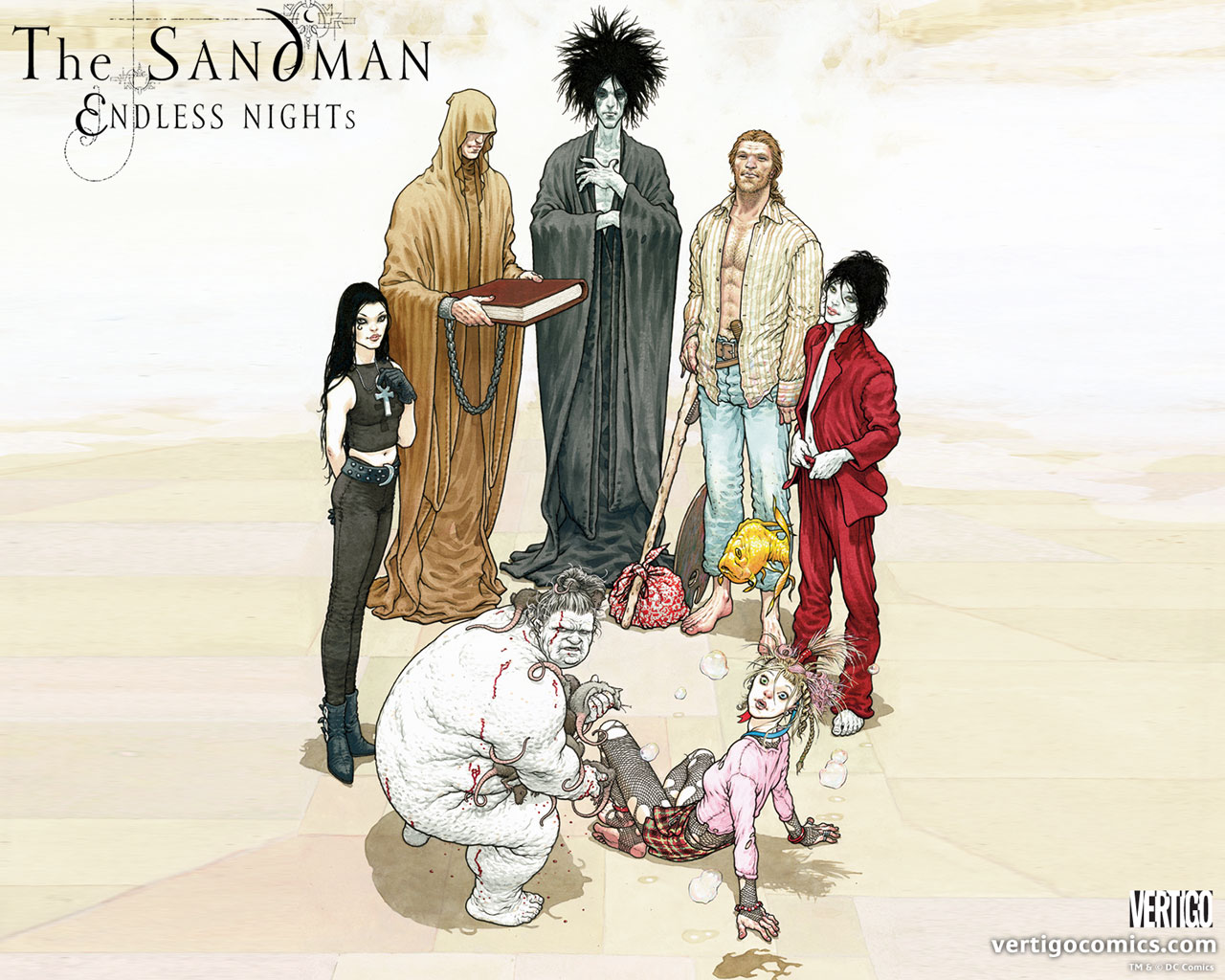 However, he wasn’t the most popular Sandman of that day. Neil Gaiman’s opus called simply The Sandman chronicled the tale of Morpheus Endless and his quirky family. The series was primarily in the realm called “Dreaming” – hence the Sandman of folklore – and in the waking world. The Sandman was the Lord of Dreams, had a sister who was the embodiment of Death, and had a series that had been growing strong since 1989 and opened many non-comic book literary doors for writer Neil Gaiman. While it was not a creator-owned series, Gaiman had it stipulated in his contract that the series would not continue after he left it. In fact, it was the early success of books like Neil Gaiman’s The Sandman, Grant Morrison’s Doom Patrol and others that had DC think about putting all of its mature readers books under one umbrella: Vertigo. To that end, Vertigo was founded over three years after The Sandman debuted. 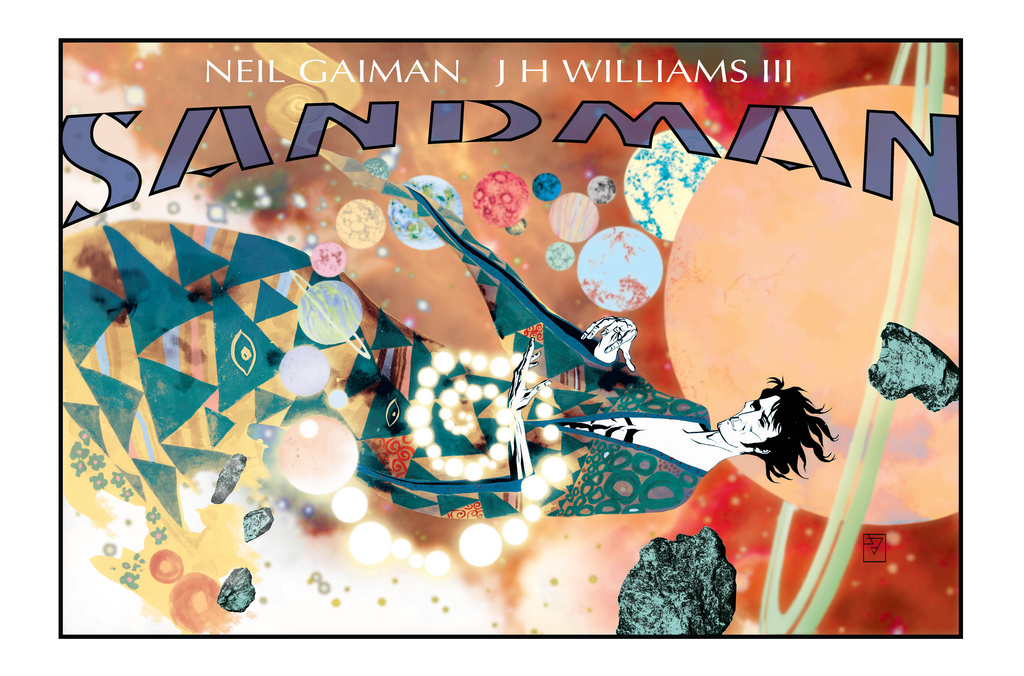 So, is DC Comics turning to Neil Gaiman again to restore the luster to Vertigo? After more than 15 years after he ended The Sandman series, in 2013 close to the 25th anniversary of the series’ beginnings, Gaiman returns to a yet-to-be-named The Sandman prequel with top artist J.H. Williams III. The mini-series will debut in late 2013.

This is a welcome return since Vertigo has lost its way somewhat in recent years. It has been predominantly a creator-owned imprint line with one book – Hellblazer – chronicling the tales of a DC oddity in John Constantine. 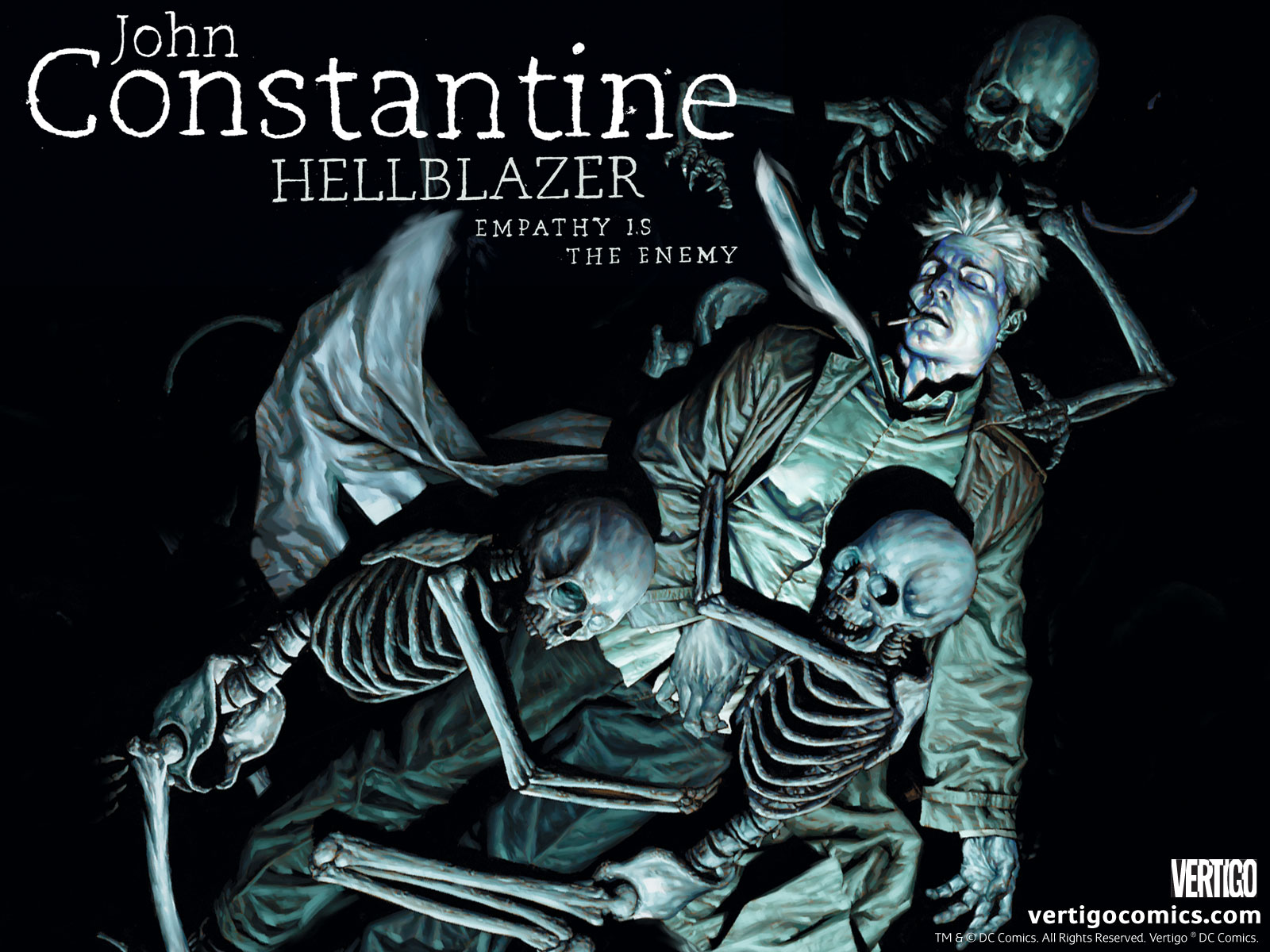 With the under-use of DC properties like Animal Man, Shade: The Changing Man, Doom Patrol and more as well as others that were mis-used in recent years like Swamp Thing, DC co-publishers Dan DiDio and Jim Lee integrated the DC characters that had been Vertigo’s into its post-Flashpoint DC Comics Relaunch called the New 52. The characters are now part of a shared mainstream super-heroics world not exclusively for mature readers. 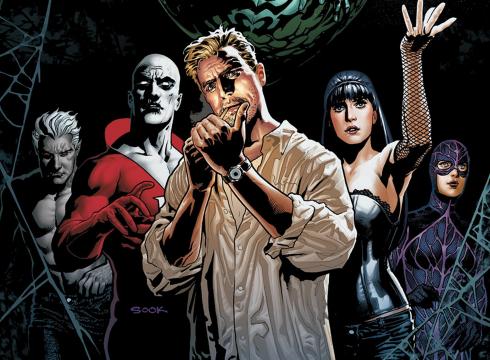 While Vertigo’s loss has been the main DC Comics’ line gain, that doesn’t mean quirky takes on DC characters can’t be done in Vertigo anymore. In fact, a very different and older John Constantine remains the lead in Vertigo’s Hellblazer while a younger and different John Constantine is a member of the DC New 52’s Justice League Dark. 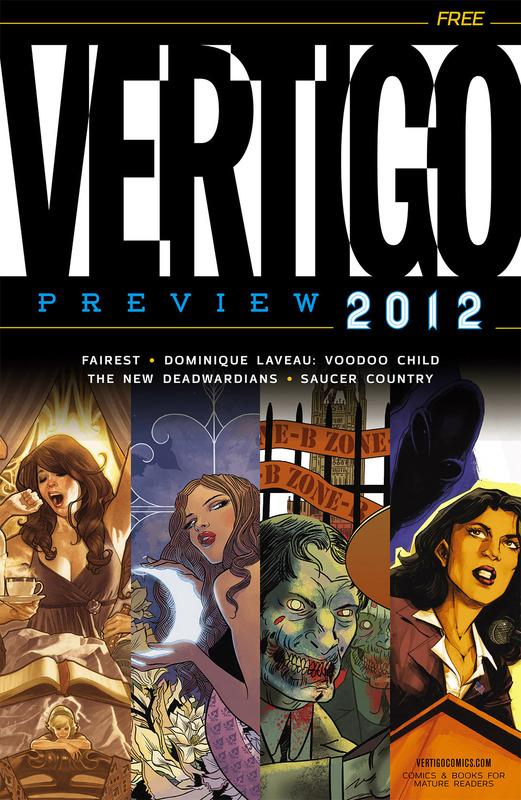 With readers accepting this, not being confused by the two takes, there may be more room for DC to experiment with defunct DC characters in Vertigo or even parallel titles, e.g. a Shade or Black Orchid series under Vertigo. Maybe even some cancelled DC New 52 wave one series like Hawk and Dove? Lords of Order and Chaos or War and Peace sound like good fodder for the supernaturally inclined Vertigo’verse. No?

The recent 2012 new offerings from Vertigo appears to focus exclusively on creater-owned works: Writer Paul Cornell’s Saucer Country with artist Ryan Kelly, scribe Bill Willingham’s Fables spin-off Fairest with top artist Phil Jimenez, plus two other titles. They do seem to be of the highest calibre with top writers and bold artists bringing new voices to the table, but there is something missing: the quirky DC Comics character takes. 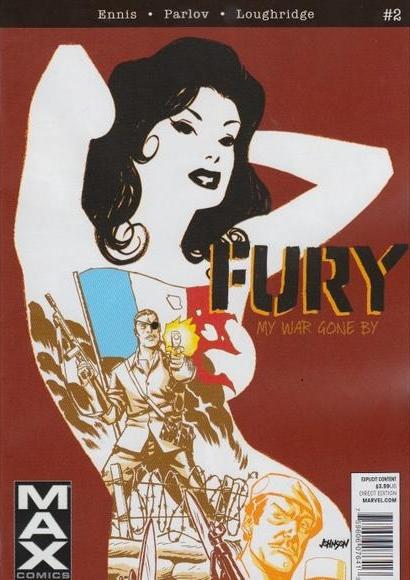 While Marvel Comics has seen some modest success with their MAX line of mature readers titles, DC should resist the urge to exclusively publish violent and T&A filled stories a la MAX. The nuanced and intelligent tales of Grant Morrison’s Animal Man and Peter Milligan’s Shade: The Changing Man from years gone by should be the template. New and quirky “Vertigo” takes on preferably super-hero properties that DC owns that are gathering dust. 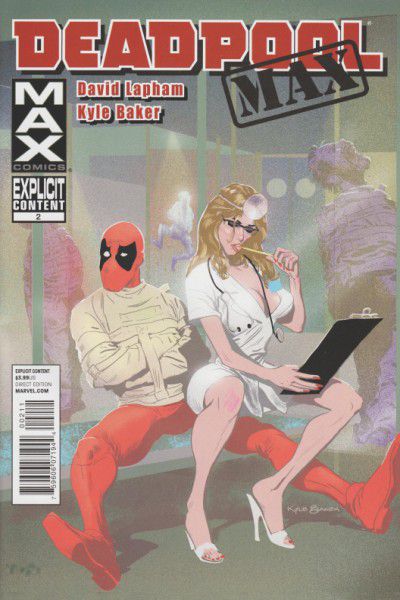 While MAX may have Vertigo’s Preacher alum Garth Ennis penning many a title, the success of Preacher in Vertigo was that it was one voice – not the defining one – of Vertigo. It was violent, sure, but if that wasn’t your cup of tea, as a reader you had other Vertigo choices. At Marvel Comics’ MAX imprint, your ONLY option is violence and T&A usually by Garth Ennis and a few other writers. That’s hardly a diverse publishing plan.

What the future holds for Vertigo Comics is unknown, but with 2013 marking the 20th anniversary of the founding of Vertigo, my hope is DC Comics has a plan to revitalize the line and remember the simple plan Karen Berger had in 1993 for success: top talent + creator-owned titles + quirky takes on DC properties. How many Vertigo titles can the market support? I don’t know, but I do know that if Vertigo puts out quality books, based on the Berger formula, I’m certain Vertigo can be a success again. 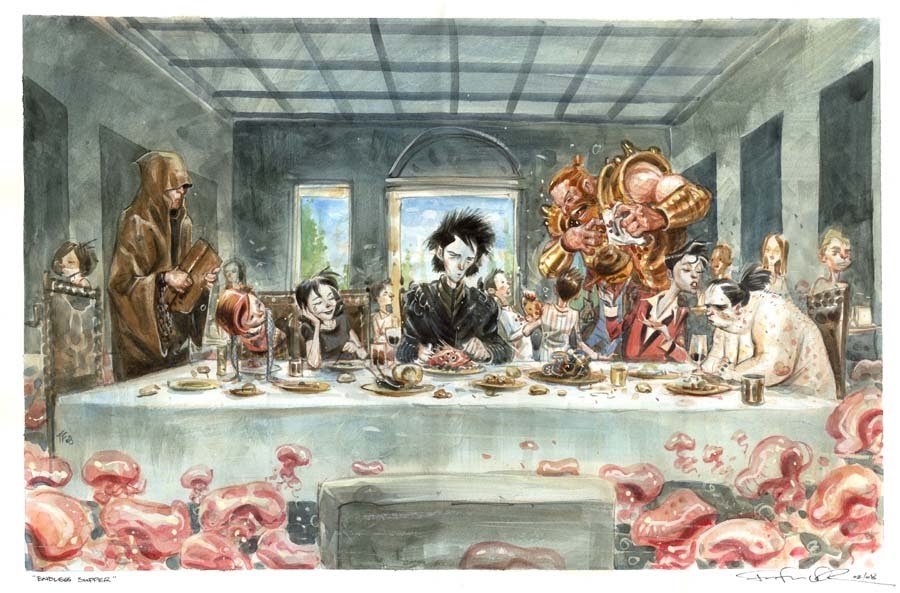