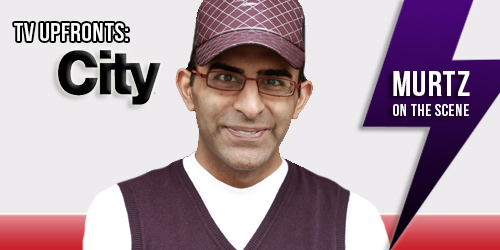 TORONTO – The theme for this year’s Rogers upfront was “closer” and in addition to being the title of a Teegan & Sara song (who also performed during their presentation), it highlighted the many different platforms that Rogers can use to bring advertisers closer to the audience that they want to connect with.

The presentation itself was the standard fare with a lot of glitz and glamour. It certainly didn’t have the buzz of 2011 where Rogers seemingly bought every show available from the LA screenings and landed some of its top hits to this day including both 2 Broke Girls and Revenge. This, however, isn’t a bad thing as the network has slowly been finding its niche in one of the most competitive television landscapes in recent memory. While the upfronts are used to introduce new shows to advertisers, it is certainly more impressive to laud returning and successful programs and this is a fact that is often overlooked.

The upfronts are also used by the networks to flex their star power as each one tries to outdo the next with the talent that it brings in. Kicking things off, Rogers set the bar high as it ushered in Eva Longoria (Mother Up!, James Wolk (The Crazy Ones), Ray Zahab (The Project: Guatemala, Lauren Ash (Super Fun Night, as well as the entire casts of original comedies Seed and Package Deal. It was also announced that Seed, starring Adam Korson, had been renewed for a second season.

Speaking of comedies, there is no doubting the fact that Rogers has the monopoly on the genre. Already stacked with funny, City is adding eight new comedies to its schedule in 2013-14. This is in addition to the six new dramas it has picked up.

Even with all of the new show announcements, the biggest news of the day to come from the network was that it had secured the rights to broadcast the Grammy awards for the next three years, snatching them away from Shaw and Global.

The Rogers presentation was grandiose and impressive. After the Teegan and Sara performance, President Keith Pelley discussed how City had taken over the #2 spot in Toronto and focused on the fact that the channel was the only network to grow its reach this year. He also discussed the 12 hours of primetime comedy that the channel features. Since upfront presentations are notorious for running long, he hit a countdown clock and promised that after 60 minutes, each audience member would have a drink in their hand.

Vice-president of media sales Mitch Dent discussed how investing in Rogers was the “best buy in television” since so many of its programs were watched live with “no taping and no skipping.”

There was a profound concentration on Rogers’ specialty channels and specifically on FX, which has not only seen 192% growth but has also tripled its audience since its launch.

The creation of FXX Canada was made public and it was announced that this new channel would be home to more than 25 original series. 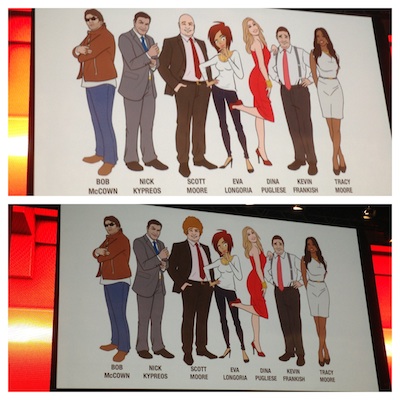 Then the talent was paraded out to wave to the crowd and save for a few notable highlights including an appearance by wrestler R-Truth (to promote Rogers acquiring The Score and rebranding it to Sportsnet 360) and the Rogers crew including Scott Moore, being animated in an effort to promote Longoria’s new animated series), the upfront was exactly what you would expect.

Rogers gets top marks for its presentation being informative and not running long.

Let’s get to the new shows. 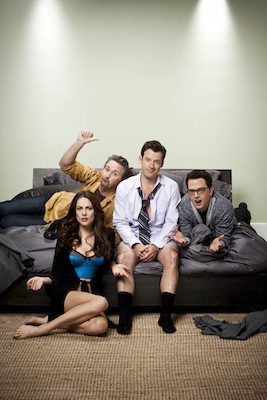 Package Deal
This all-Canadian series follows the story of Danny (Randal Edwards) and the relationship he shares with his two brothers Sheldon (Harland Williams) and Ryan (Jay Malone). The meddling siblings obviously love their younger brother but can’t help themselves from interfering in every aspect of his life. Package Deal has been bumped around the City schedule, but after a sneak preview this summer, will finally find its permanent home on Monday nights, sandwiched between How I Met Your Mother and 2 Broke Girls. 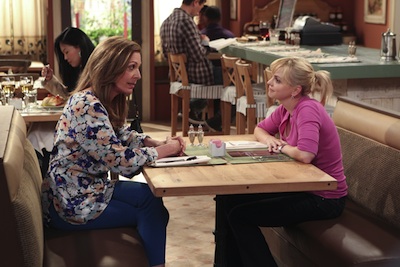 Mom
The hilarity continues with the debut of Mom on Mondays at 9:30 p,m. The show is the latest brainchild of comedy king Chuck Lorre and stars Anna Faris and Allison Janney. It centers around Janney playing a sober mom who is trying to put her life back together. Its insertion into the City lineup certainly came with a price as the channel had to drop Person of Interest.

The Project: Guatemala
A new reality show was music to my ears and this one sounds like Eco-Challenge meets Oprah’s Big Give. Hosted by marathon runner Ray Zahab, the show follows nine privileged young adults who believe they have been cast on just another reality show in an exotic location. Instead, upon their arrival in Guatemala they are told that they will be giving back and helping a local Guatemalan charity build a structure to support The Project Somos Children’s Village. I am still deciding about this one. I am not sure if audiences today are ready for a feel-good reality programming and while I am sure that the reality staples of sex and screaming will be included, the overarching humbling theme will either get viewers to tune in… or out. 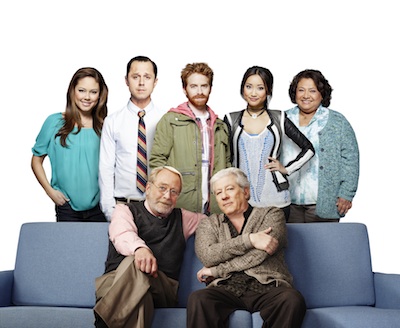 Dads
This new live-action, multi-camera comedy is the brainchild of Seth MacFarlane and stars Seth Green and Giovanni Ribisi as Eli and Warner respectively, two childhood best friends whose lives get turned upside down when their dads move in with them. Unfortunately, I don’t have high hopes for this one as it reminds me too of Partners, which fell flat last year.

Brooklyn Nine-Nine
So this is why Andy Samberg left SNL. Samberg plays Detective Jake Peralta, an immature cop who doesn’t take anything seriously until he is confronted by new boss, Ray Holt (Andre Braugher) who forces him to reexamine his life. The casting here is particularly strong and for that reason, I think this is one of City’s better pick-ups. 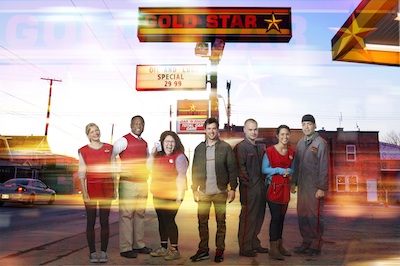 Lucky 7
A group of seven gas station employees win the lottery and the show chronicles what happens next. A true ensemble cast led by Matt Long, I believe this show could be one of the most compelling in the new season. 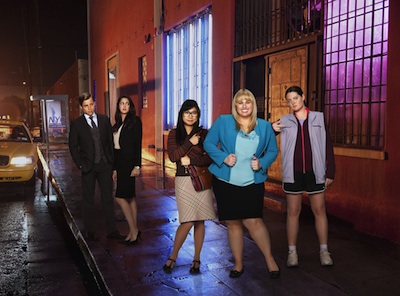 Super Fun Night
If laughter during the presentation is an indication for how a show will perform, consider Super Fun Night to be the show that everyone remembers at this time next year. Starring the incredibly popular Revel Wilson, the half-hour single-camera comedy follows three nerdy female friends in their 20s on their quest to have fun every Friday night. I am sure that many women will be able to identify with the concept of feeling like they are wasting their weekend, and this comedy in the spirit of a teen movie will certainly strike a chord. This one is can’t-miss.

The big news here is that City picks up Nashville from CTV. In my opinion the ABC import was easily the best new show from last year, and it’s incredible that Bell bailed on it. With the right positioning, I believe it still has the potential to anchor any network’s schedule, especially in the 10 p.m. slot. 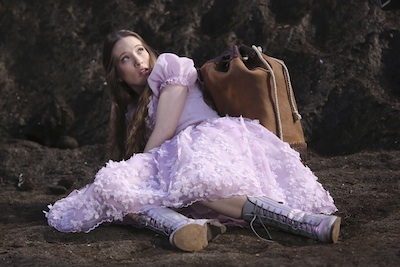 Once Upon A Time In Wonderland
If you are confusing this show, with Once Upon A Time, I wouldn’t blame you. And you have no reason to feel bad as it is also produced by Once Upon A Time creators Edward Kitsis and Adam Horowiz. This semi-spinoff sees Alice (Sophie Lowe) accused of being insane for all of her quips and recollections about Wonderland. Eventually, she is rescued by the Knave of Hearts (Michael Socha) and the White Rabbit (John Lithgow) who return to attempt to reunite her with her lost love, Cyrus (Peter Gadiot). I’ll give this one a couple of episodes before rendering my verdict. I loved Once Upon A Time when it initially debuted but it quickly became nonsensical and I hope the same isn’t true for Once Upon A Time In Wonderland. 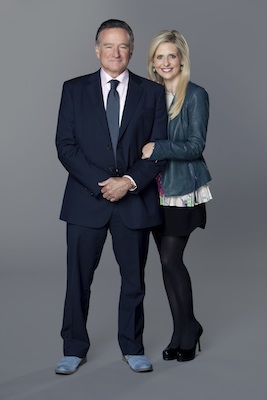 The Crazy Ones
Set in the world of advertising, The Crazy Ones focuses on the dynamics between a father played by Robin Williams and his daughter, played by Sarah Michelle Gellar. The show also stars James Wolk and is produced by David E. Kelley. The pilot is hysterical and Robin Williams’ genius cannot be understated. One of the top picks of the new season and a great fit for City’s primetime Thursday spot as I definitely believe it will give Grey’s Anatomy some competition for the first time. 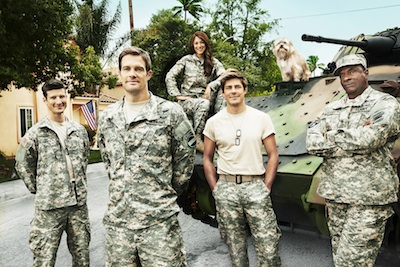 Enlisted
Enlisted airs after Raising Hope in the 9:30 p.m. spot. Another City comedy (what else?), it stars Geoff Stults and follows three brothers and the people that surround them on a small Florida Army base. Looks like just filler.

Revenge stays the same, but everything else changes.

Storage Wars Canada
I will have a lot more on this show soon, but I can almost guarantee it will be better than the deplorable Texas and New York spin-offs. I believe that the show was cast quite well and it closely resembles the original series (which is a good thing). This one has a legitimate shot at being one of the best Canadian reality shows around and I cannot wait to see it.

Meet The Family
A new reality show, Meet The Family revolves around a love interest meeting his or her significant other’s family, not realizing that mom and dad are actually actors who strive to make the evening as uncomfortable as possible. The show is a big hit in the UK and I believe this one could surprise a lot of people, similar to what Wife Swap did. 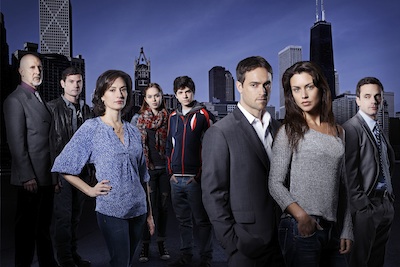 Betrayal
What’s Revenge without a little Betrayal? Betrayal follows Sara (Hannah Ware) and Jack (Stuart Townsend), two lovers caught in an affair and on opposite sides of a murder investigation. The plotline is way too complicated to detail here, but based on the trailer, it seems quite good. I will have a full review after I finish screening.

So there you have it. Rogers has set the bar. How will Shaw Media and Bell Media fare? 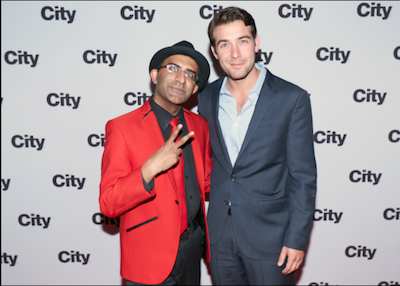 Murtz With The Crazy Ones‘ James Wolk 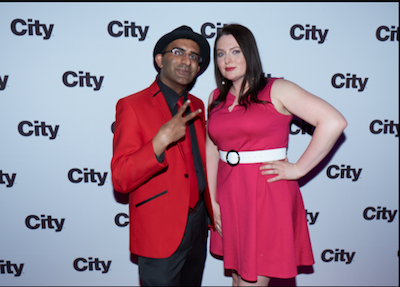 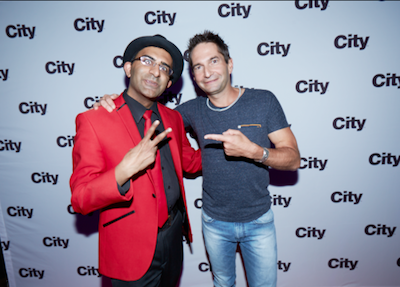 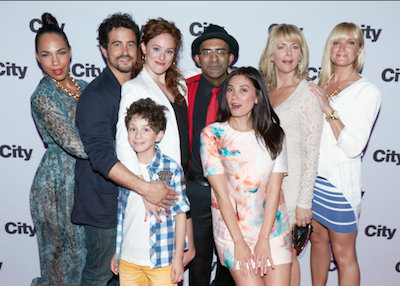 Murtz With The Cast Of Seed 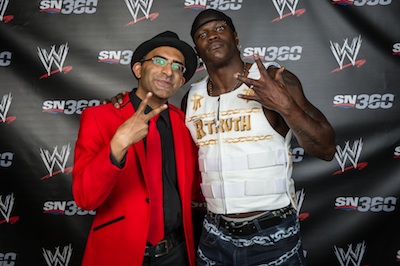