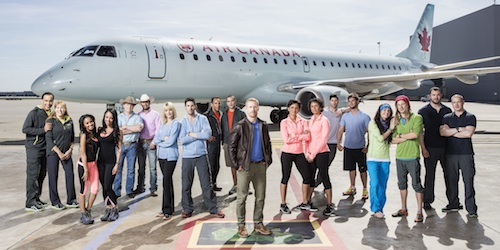 While The Amazing Race is known for being a family favourite that combines stunning international destinations with the thrill of competition, it is also known for testing the bonds between the friends, exes or family members that are paired together to compete.

I am going to let you in on a little secret that not many Race fans know about.

There was a period between The Amazing Race 10 and The Amazing Race 14, where alpha male teams were completely avoided during the casting process  because of their absolute dominance in earlier seasons. While the show eventually reverted back to casting these male/male teams, it was clear that in terms of prediction, if you were betting on The Amazing Race, you should always put your money on two guys to win, not because of sexism, but because these were the teams that almost always ended up near the finish line (if not winning outright).

Bearing that in mind, it was with great interest that I watched CTV’s staggered casting announcements for The Amazing Race Canada which debuts tonight to see if they would adhere to this philosophy or if it wouldn’t play any sort of a role.

Here is my pre-season take and predictions on the teams: 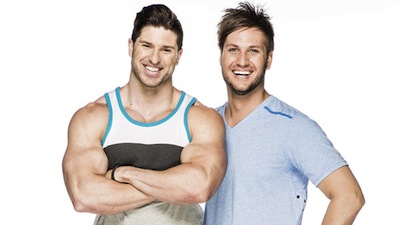 These best friends look like they can’t lose. Jet looks like he has been chiseled out of stone and Dave looks like he will be able to ingratiate himself with the female teams quite easily and use these relationships for information. The team reminds me of Eric and Jeremy from The Amazing Race 9 and per my theory above, this alpha-male team from Ontario will almost certainly make it to the end. I am still deciding between them and Jody & Cory as my pre-season winner pick but it will definitely be a toss-up between these two teams. Let’s not forget Jet & Dave’s occupations as well. Jet is a cop and Dave works in marketing. That means one knows how to get around and the other can sell sunglasses to the blind. In terms of the perfect reality background, these two have it in spades. Don’t pay attention to the fact that Jet claims to be afraid of heights and rodents and that Dave doesn’t like to fly. For the big prize, I have a feeling they will forget these almost immediately. 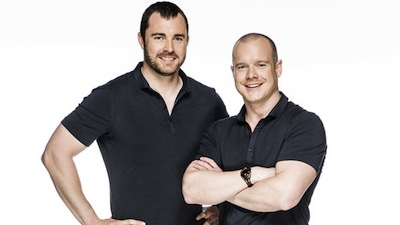 If The Amazing Race Canada was won by having the most inspiring story, the cheque could already be written to the Mitic Brothers. Jody was a sniper for the Canadian Forces and lost both his legs below the knee while on duty in Afghanistan. Upon his recovery, he has been running 5 km runs using his new prosthetic feet. Cory was by his brother’s side while he recovered but then went on to relocate to Edmonton a few years ago. As a result, the pair have been apart for several years and look forward to using the Race to reestablish their connection. There is a precedent for a contestant with a physical disability running the Race before. Sarah Reinertsen raced with a prosthetic on The Amazing Race 10 and finished 7/12. I believe that Jody and Cory will do much better than that and that their motivation alone will propel them past many of the other teams. I believe that they are in the best position next to Jet & Dave. 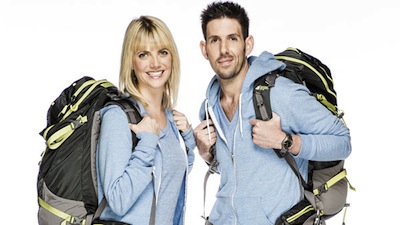 These married doctors from Montreal are tailor-made for the show. Operating under pressure will not be difficult for either and doctors generally do well on The Amazing Race (see Kat and Nat who won The Amazing Race 17). I believe that the only thing that might impede Brett and Holly’s progress  could be a possible language barrier as they are primarily used to speaking French, but I am sure that they are fluent in English as well and as a result, will skate past the competition. I believe they will also be one of the show’s major contenders. 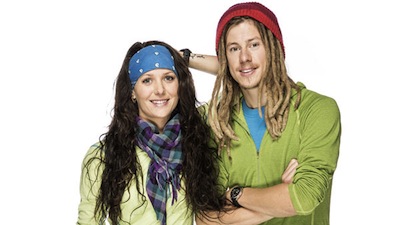 From their hippie-esque profile picture, it’s clear that Kristen & Darren know the outdoors better than any other team on the show and this is furthered by their backgrounds as outdoor adventure guides. Once again, based on precedent, “earthy” teams do well on the show (see BJ and Tyler who won The Amazing Race 9) and I believe the same can be said for the Westerners. Kristen & Darren are likely to get along with the other teams, run a clean race and do reasonably well. The only reason why they might fail is if they get caught up in couple drama, but I do not think this will be a problem for them as they both seem pretty easy-going. 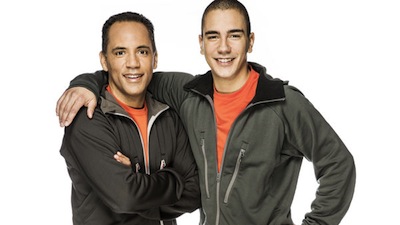 Another team with an inspiring story, the Tim’s are a father and son duo who look ready to race. Tim Sr. was diagnosed with Parkinson’s Disease three years ago but didn’t let that stop him from accomplishing any of the goals that he had set out for himself. Despite the diagnosis, Tim Sr. has competed in a variety of triathlons and half-marathons and is perhaps the best-suited to run the race. Not to be outdone, Tim Jr. (who is 25 years younger than his dad), has also been competing in marathons. The downside to this team is that they both claim to have strong personalities and I expect them to clash. Kind of like the anti Dave & Connor from The Amazing Race 22. 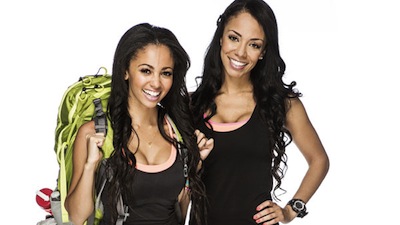 While I don’t think they will win, Vanessa & Celina are my favourite team this season. There is no question about it. Insanely good-looking, the sisters both have a background in entertainment with Celina working as a bikini model and Vanessa being an actress (she was on Degrassi!) The 10-year age difference between the pair will be a factor as I expect them to also fight a lot on the race but I expect them to be one of the season’s most entertaining teams. If I had to pick a similar team from the U.S. show, I would go with Natalie and Nadiya from The Amazing Race 21. 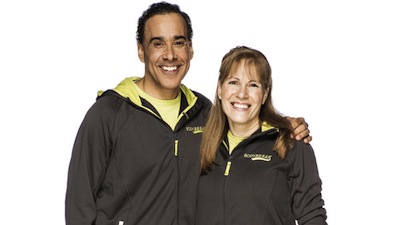 The celebrity team of the season, Hal & Joanne are already known to Canadians as being the hosts of BodyBreak, a series of self-produced fitness interstitals that seemed to come on during every show that I watched as a kid. There is no denying that the television hosts will be in phenomenal shape and could benefit from being recognized (with strangers undoubtedly more willing to assist them), but age will certainly be a factor for them as it usually is on the Race. I believe that they will be fun to watch and a team that most of the country roots for, but unfortunately, I suspect an early exit. With that being said, they could surprise many and could conceivably do as well as married couple Teri and Ian did on The Amazing Race 3 when they finished in second place. 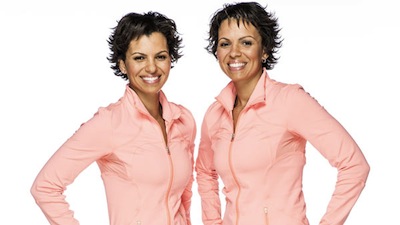 The resident twins of The Amazing Race Canada, Treena and Tennile have been the most socially active since their inclusion on the show was announced. In my reality experience, this usually means that they either did really well or really poorly. While I believe that they will add a lot of spunky character to the show, I can’t get past their own descriptions of each other with Treena calling her sister a “control freak” and Tennille admitting that Treena is “very impatient and a bit of a diva.” It’s already being rumored that these two will get into quite a few arguments on the Race so while I do think they will make it past the first episode, I am worried about how they will do long-term in a game where getting along with your partner is perhaps the most important. I know I will be rooting for them. 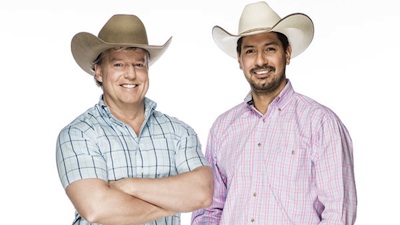 This team of gay cowboys are best friends who met at an Alberta Gay Rockies fundraiser 15 years ago. While cowboys Jet & Cord did well both times they competed on The Amazing Race, I don’t think the same will be said for Jamie and Pierre as they unfortunately have too many things working against them (most of which are self-admitted). Neither can speak French and it is quite clear that at least one leg of The Amazing Race will take place in Quebec. They also appear to very nice and have said that they might be too liberal with the information that they disseminate when asked for help by the other teams. I also believe that being one of the older teams on the show will work against them.

So there you have it. My pre-season take on The Amazing Race Canada. If you missed it, here’s my interview with the show’s host, Jon Montgomery. I am not sure how much I will cover The Amazing Race Canada this season (especially since I missed the Media Day Challenge for the show) but I am quite interested to see how the show performs and if it can match the success of Shaw Media’s Big Brother Canada. With the amount of promotion that CTV has invested behind it, I am quite sure that it will be a resounding success and I can’t wait to compare it to the U.S. version of the program. After hosting the Amazing Race finale weekend in the States for many years for the cast, I have high hopes for the Canadian edition.

Blu-ray Review: The House of the Lost on the Cape