Before we get into the meat of the issue, here is the cover gallery for Forever Evil #1 including all 9 covers including variant covers. 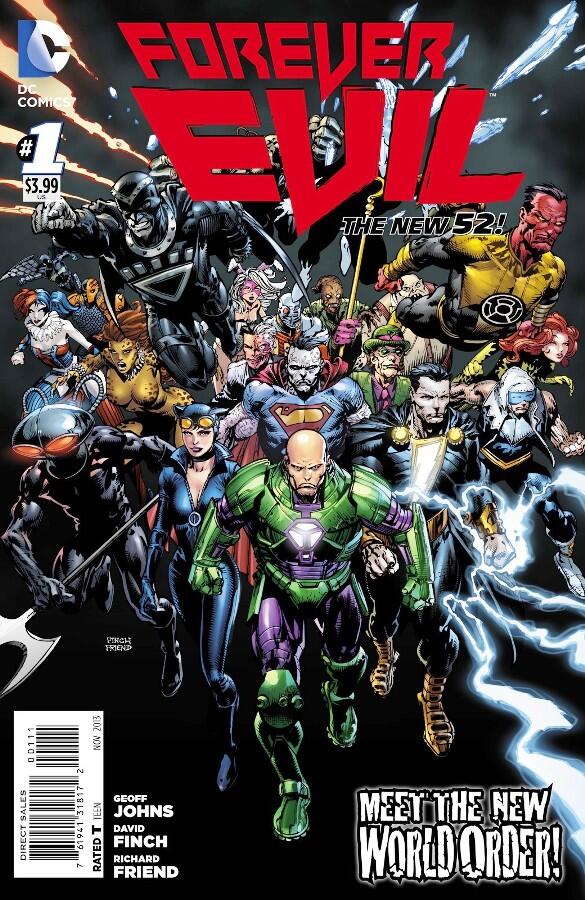 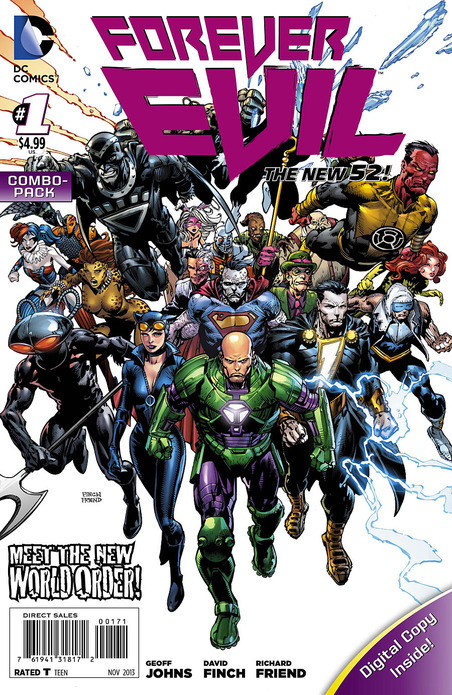 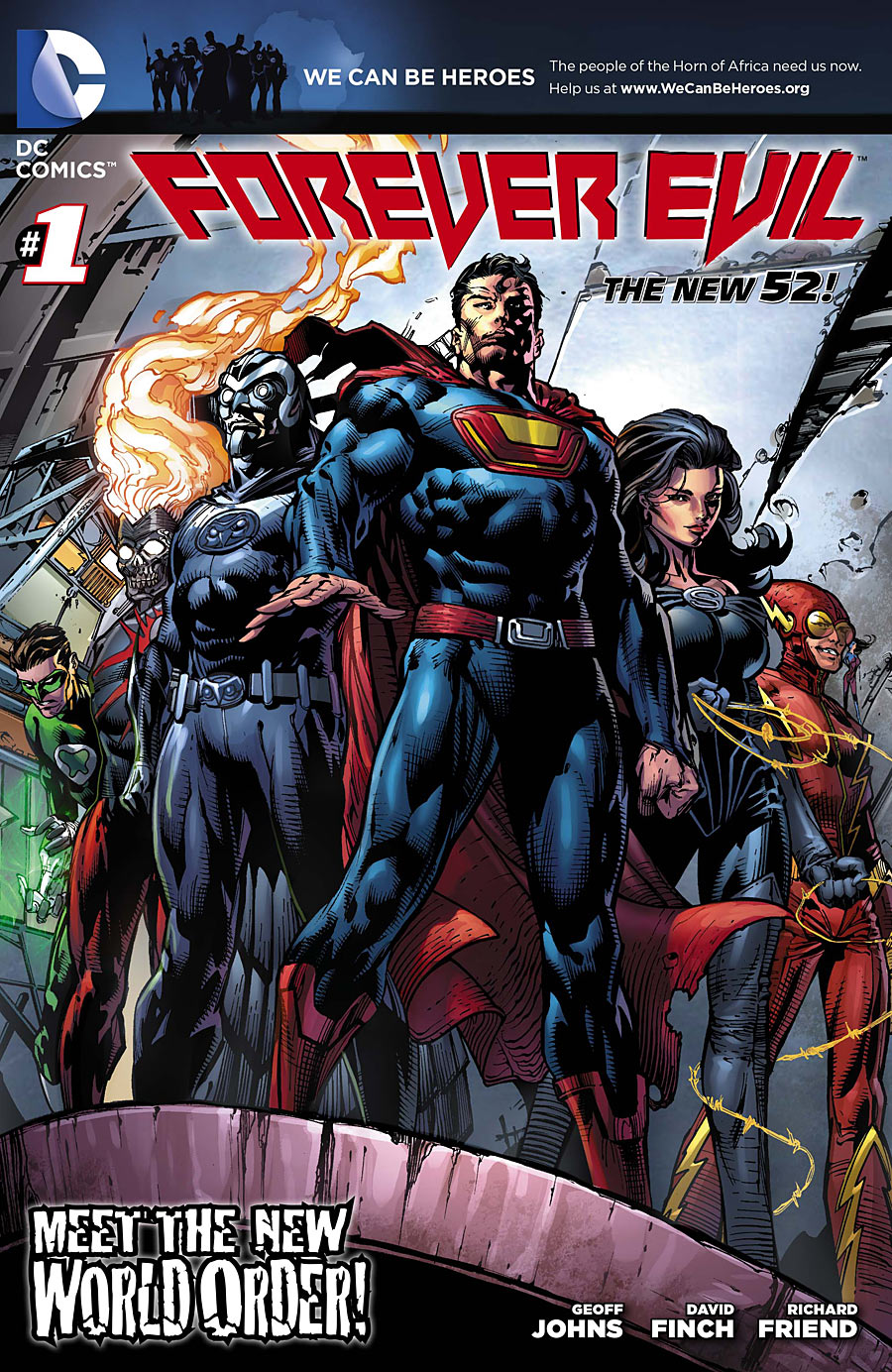 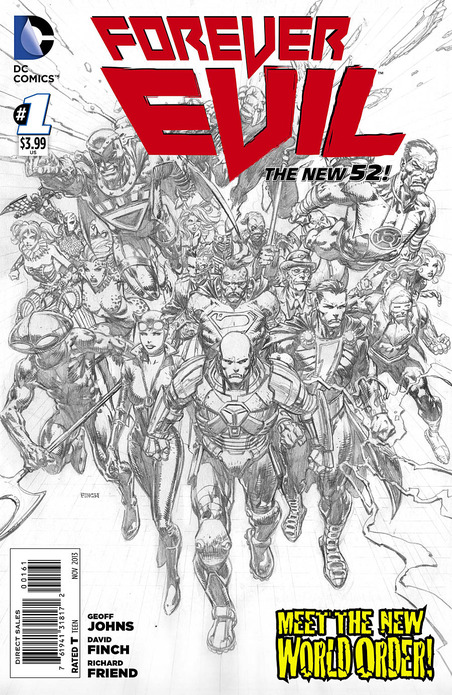 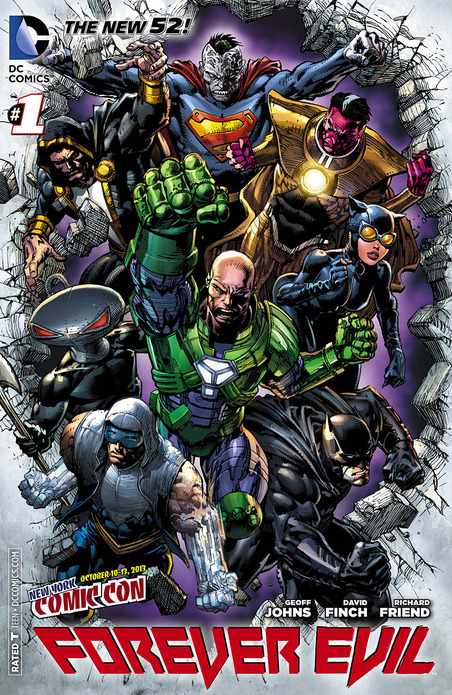 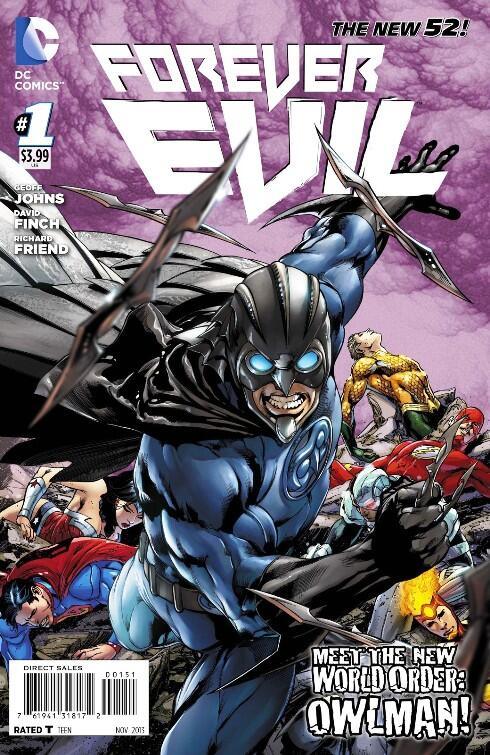 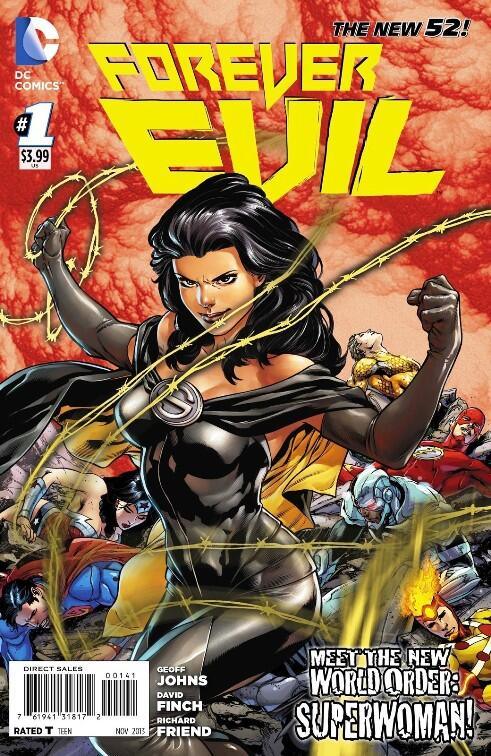 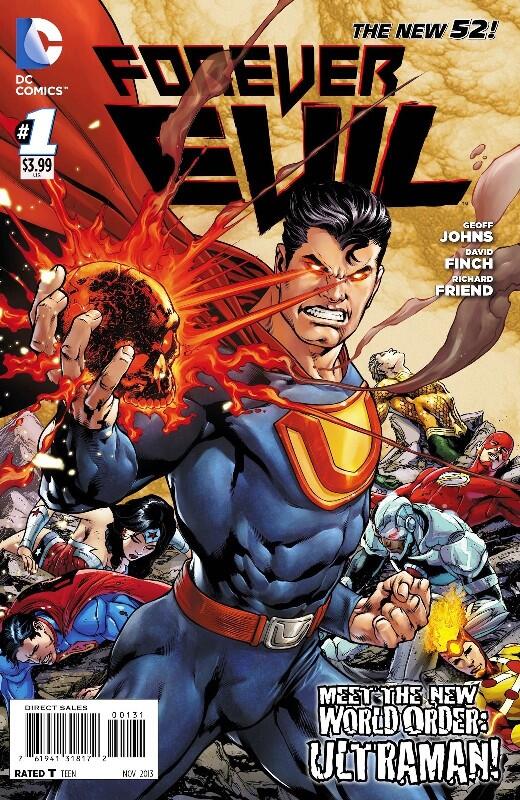 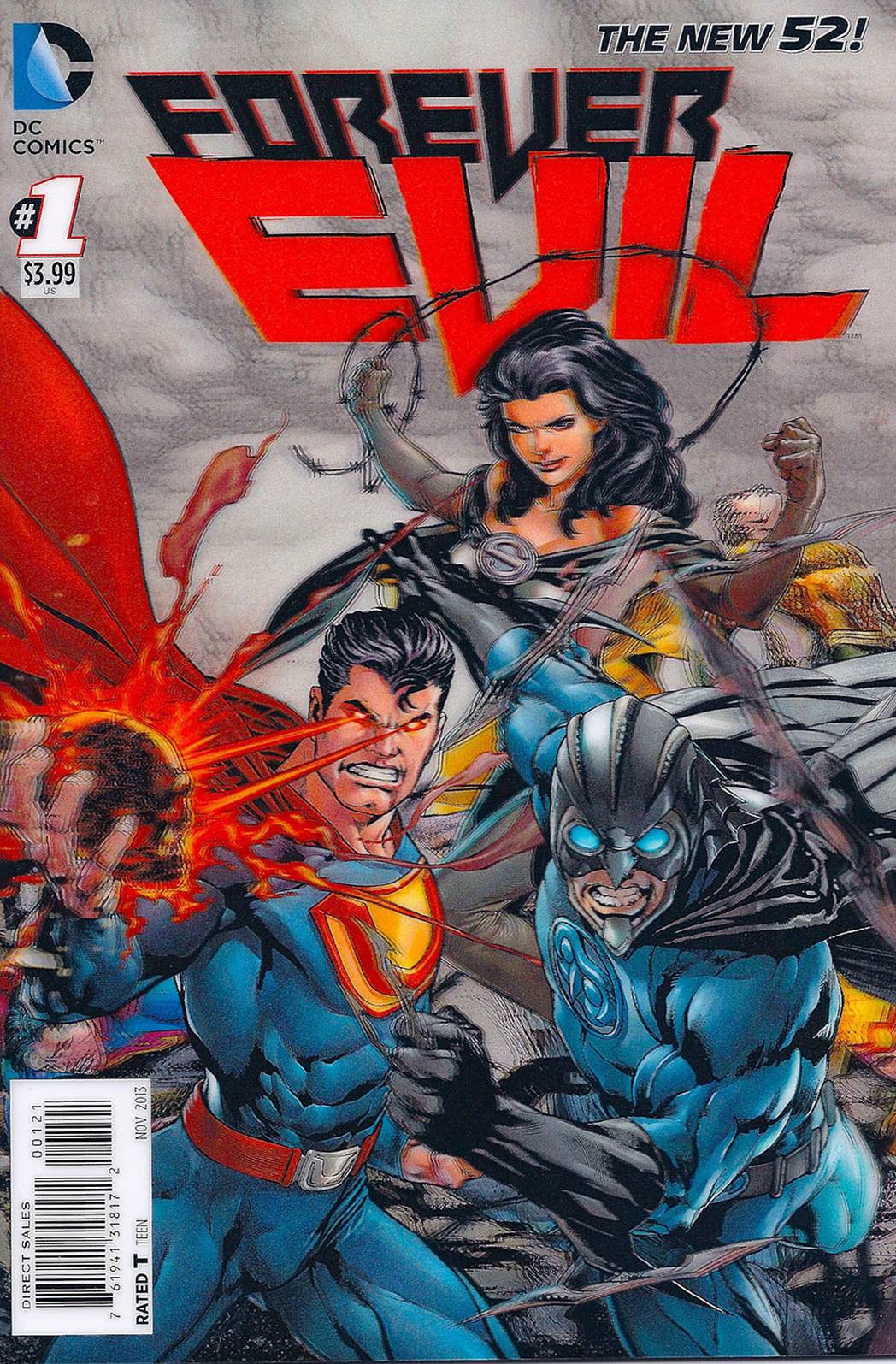 While we didn’t learn the identity of the Prisoner that the Crime Syndicate brought with them from Earth 3, we did learn some things. 5 big things. And they are below.

We also get some other first appearances in the DC New 52. Say, is that a new Royal Flush Gang I spy? Very cool spread.

(4) Where are the Justice Leagues? 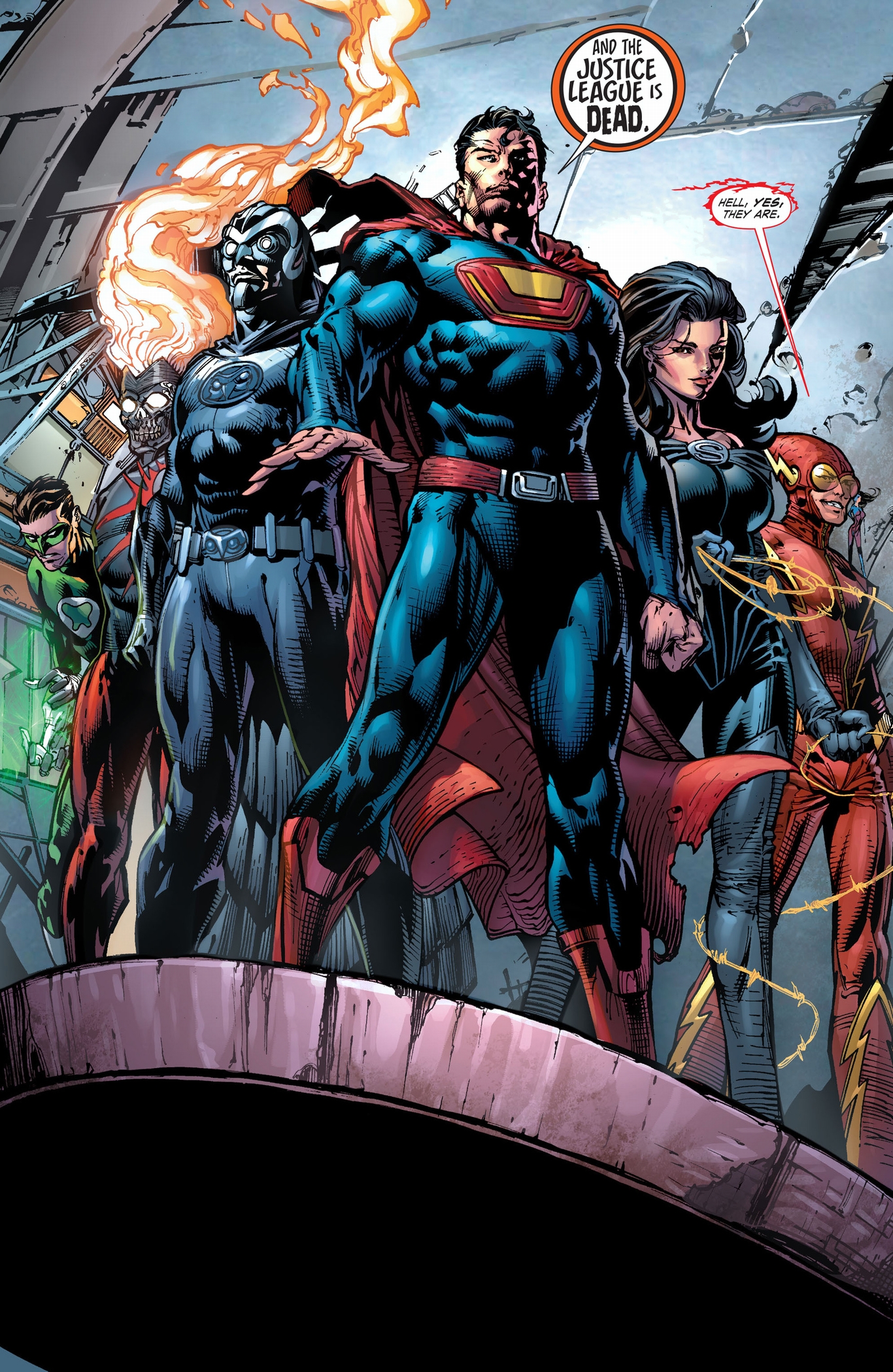 The Crime Syndicate is telling everyone that the Leagues are dead. They use this as a rallying call for the Secret Society of Super-Villains and to lead to the submission of Prime Earth’s citizens.

(3) The Keys To The Crime Syndicate’s Defeat Seeded?

As part of Forever Evil #1, the Crime Syndicate is breaking open prisons and recruiting for the Secret Society of Super-Villains. They give every villain a coin communicator. Well, the heroes have such a coin too as has been established in Trinity War. Will the rebelling villains and heroes “tap into” the communications of the Crime Syndicate to get one step ahead? 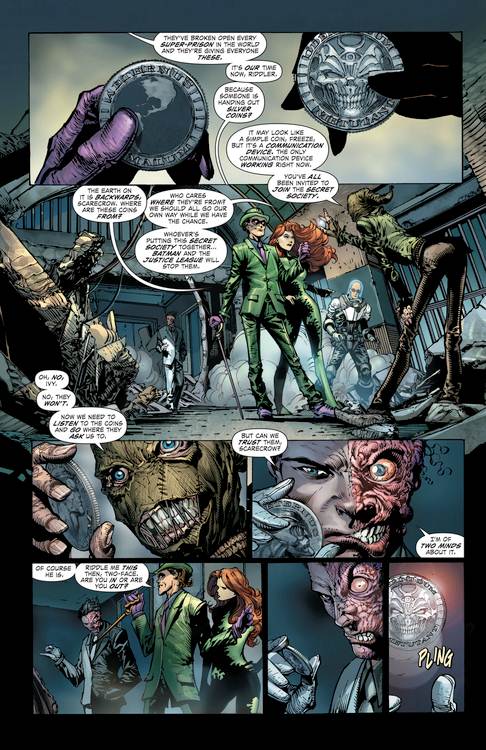 Forever Evil #1 ends with Ultraman pushing the moon between the Earth and the Sun creating an eclipse because he can’t stand the sting of the sun’s rays. Will the sun be a factor in defeating the Crime Society. 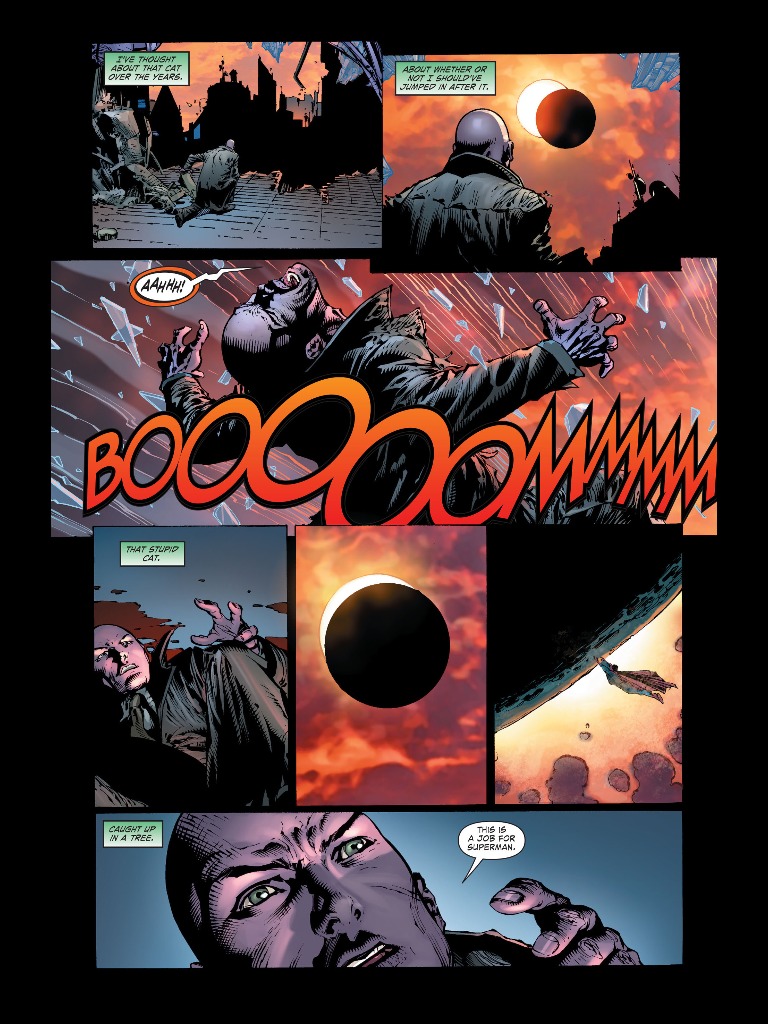 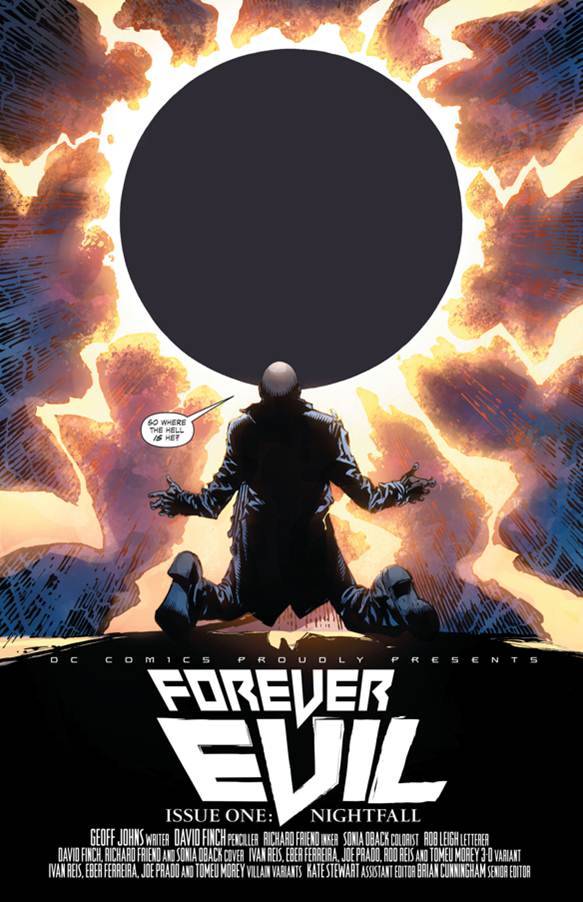 We also get the continuing portrayal of the Crime Syndicate’s Power Ring as a nervous nelly, in contrast to DC’s steel-willed Green Lantern Hal Jordan, plus his ring looks some kind of parasite on his arm. Will Power Ring’s nerves give the rebelling villains and sparse heroes a chance to defeat the Crime Syndicate?

In Forever Evil #1, Ultraman uses The Grid, who has taken over Cyborg’s armor, to scout out locations of Kryptonite. It seems he gets his strength from that and not the sun like Prime Earth’s Superman. Ultraman uses his vision powers to melt the kryptonite and then inhales the byproduct. Kryptonite as a drug? 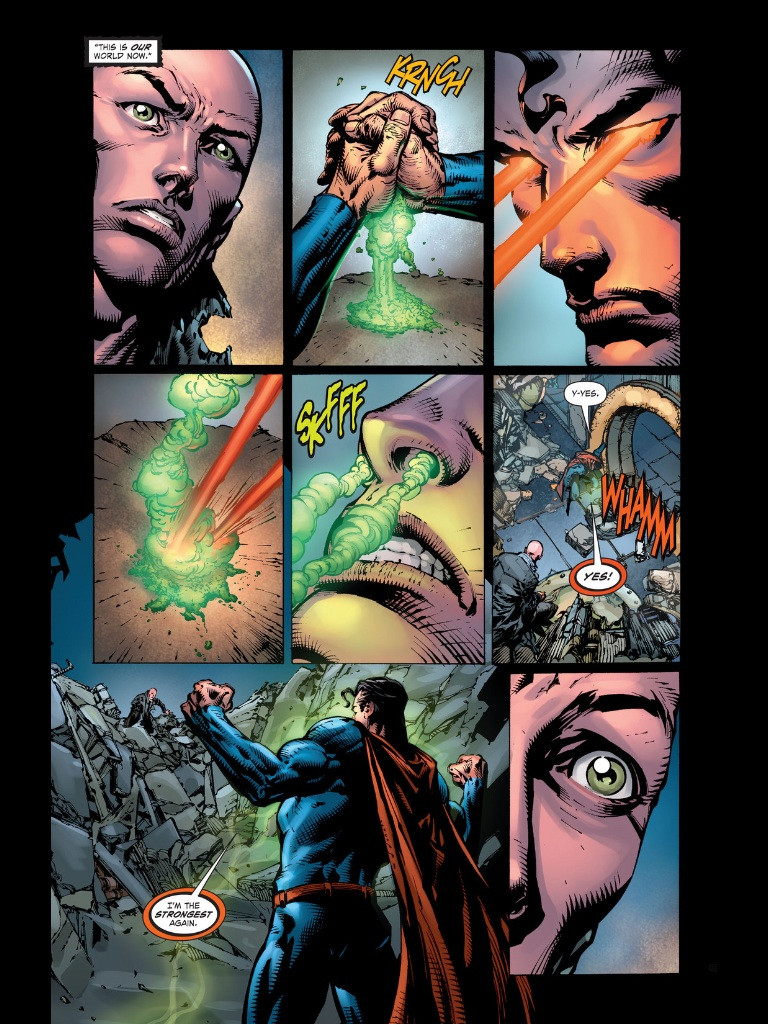 He doesn’t want The Grid to tell the other members of the Crime Syndicate that he’s doing this. This will be Ultrman and The Grid’s covert side project. Will a high Ultrman or the reveal of his duplicity tear the Crime Syndicate apart as the series progresses and be another factor in the Syndicate’s eventual defeat?

In the issue, Nightwing is captured as seen in the preview. He is carted out in front of the assembled Secret Society by the Crime Syndicate who also televise their takeover of Earth “throne speech”. They bring Nightwing outfront and Superwomwn rips off his domino mask and reveals his identity to the world. All the while, The Grid also shares his driver’s license and other information with the reveal onscreen for the world. Lex Luthor, as one of the viewing masses, remarking that he doesn’t know who Dick is was a nice touch. 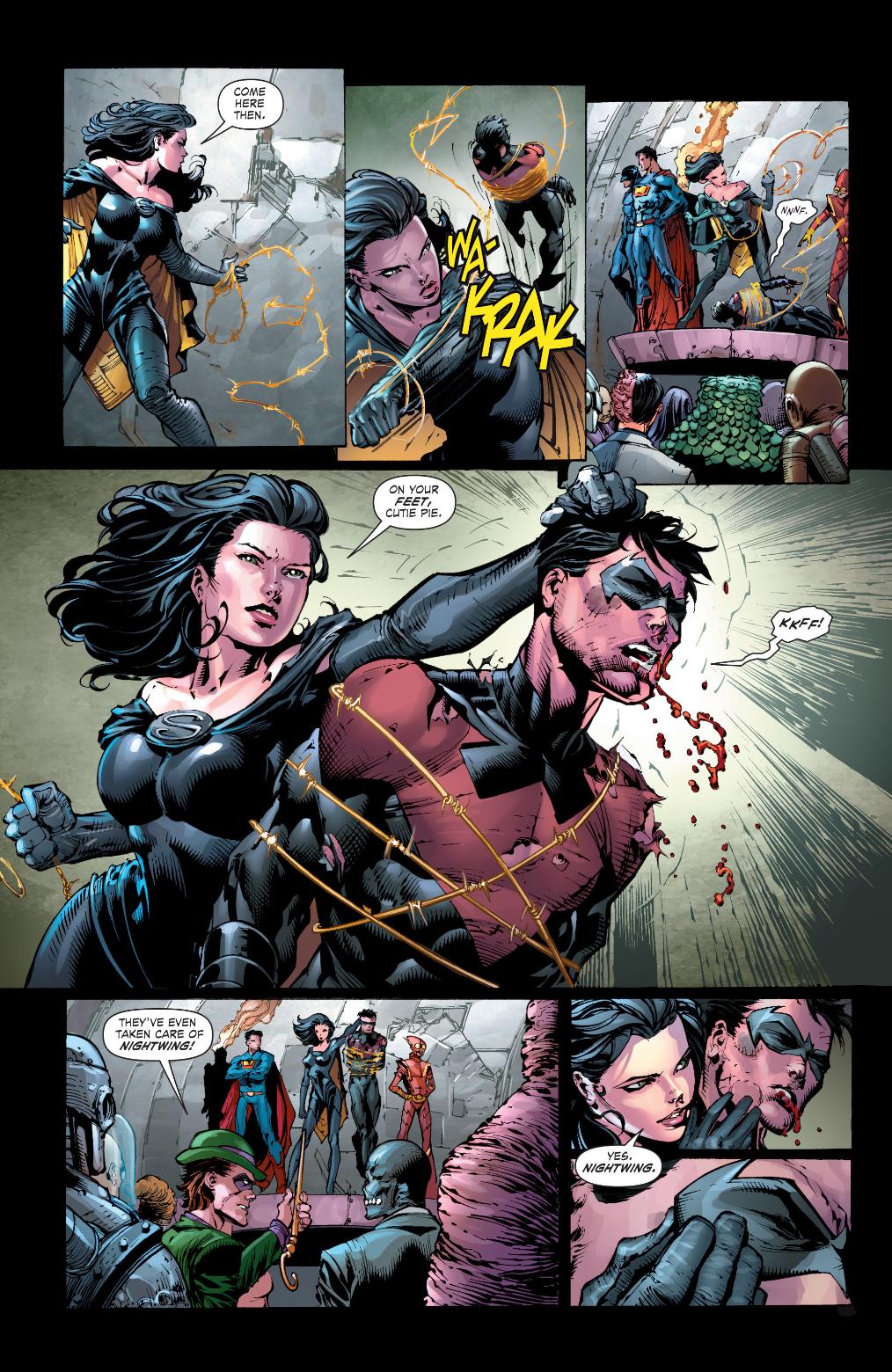 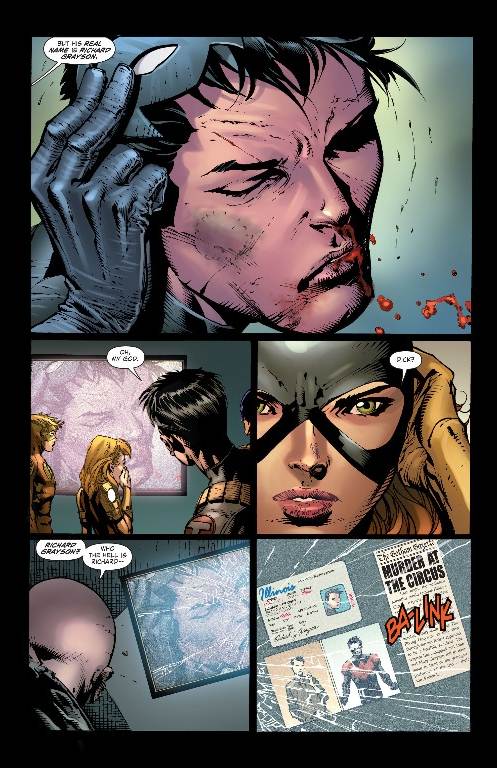 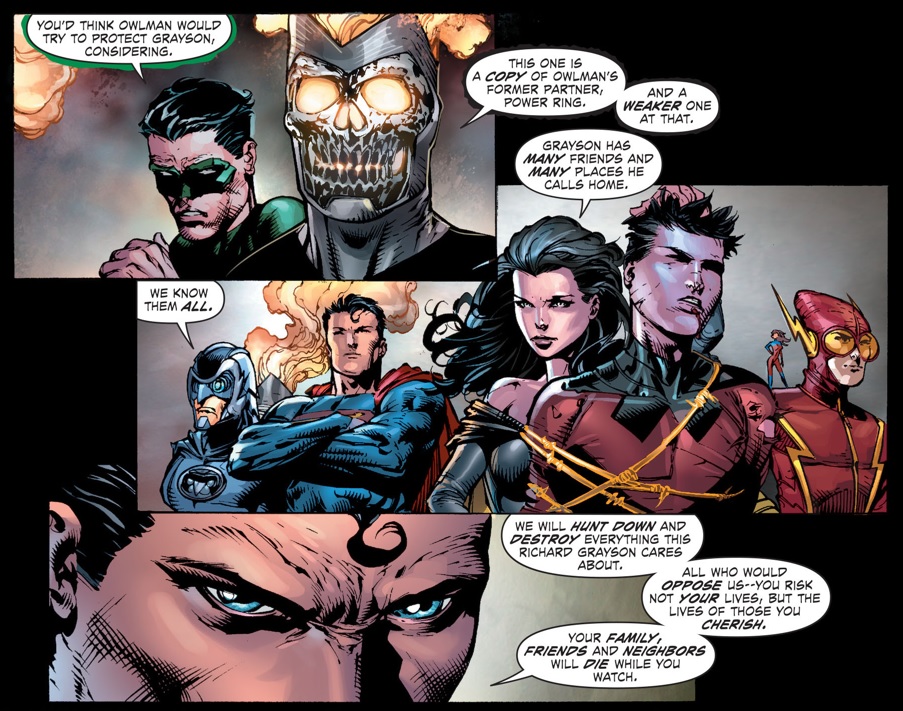 With the Justice Leagues seemingly dead, it seems more likely that the Batman fighting alongside Lex Luthor and others (as per a variant cover that this piece opened with) is in fact Dick Grayson having abandoned his Nightwing persona after his eventual escape in the future of Forever Evil. Or something else entirely, but this does seem more likely with Forever Evil #1 on stands.

We also have the next point on our list which may also contribute to this.