NYCC 2013: Batman: Eternal And The Return Of Stephanie Brown

During the Batman panel at the New York Comic Con earlier today the panel talked about their books, upcoming story arcs, and really put over Zero Year. They also announced a new, weekly, Batman book called Batman: Eternal, to run for the year. Headed up by Batman writer, and DC’s newest Golden Boy, Scott Snyder and Detective Comics artist Jason Fabok, they will be joined by a rotating group of writers that include James Tynion (Red Hood and the Outlaws, Talon), John Layman (Detective Comics, Chew), Ray Fawkes (Justice League Dark), and Tim Seeley (Revival, Hack/Slash). I have to imagine there will be other artists involved too, because otherwise Fabok is a ridiculous workhorse that puts Mark Bagley to shame.

It’s the 75th anniversary of Batman, you have to do something special, right? 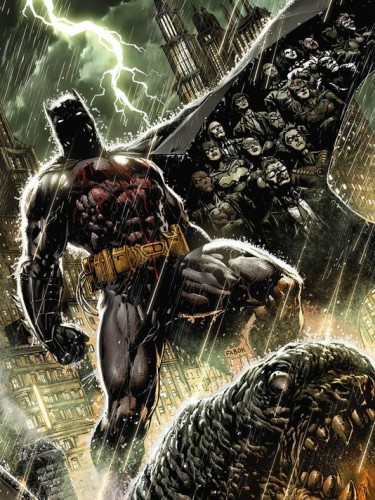 Batman: Eternal is going to take place in the present, giving us Snyder and Tynion’s view of Gotham and the Bat while Zero Year overtakes Snyder’s core Batman title. There will be an ongoing story throughout, but at it’s core it will be a place for writers who love Batman to go in and write great stories in Gotham City. Batman will be there, and he’ll be front and center, but it’s all of the other characters who are going to drive the story. Something that Snyder and Tynion have been doing in the New 52, and even with their Gates of Gotham for the old DCU. Harper Row is the kind of character that one could expect to see pop up in this book, the fan loved one time Robin candidate on internet polls, but unless I’ve missed something, she hasn’t been confirmed for it (though she pretty much is a lock).

No, you know who has been confirmed to be making their New 52 debut in the third issue of this new weekly, and whom the writers have confirmed will stick around and be central to the story? 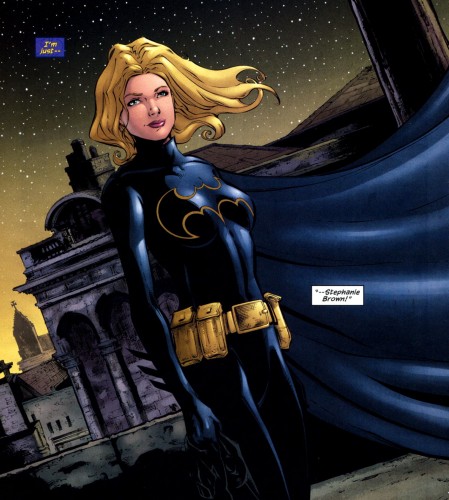 According to writer Scott Snyder, “We know that they’re characters that you guys have been really vocal about. Your guys’ love of Stephanie Brown have been so inspiring to us. We’re really proud to announce that she’ll be coming back in Batman: Eternal, in a big way. Dan DiDio is in the audience to yell at us for telling you that.”

“No one was trying to shelve her. It was more about finding the right time to reintroduce her.”

“Tynion found a way to bring Spoiler into the story and into the New 52, and it’s really perfect.”

And with that a very small and vocal fanbase is able to let out a sigh of relief. She may not be Batgirl anymore, but at least she’s finally been invited to the party.