It has to be said: 2013 was one of the worst years for film in quite some time.

It may be the year of a lot of things but this year was pretty bad for film. We had tons of flops, tons of misfires and most of this year’s Top 10 list wouldn’t have made it on my list for the past five years or so.

I was going to write on the ten trends in film of this year but I ran out of time. Thus this week comes a combination Top 10 list and regular column instead of the usual two parter. You can’t write about film for any year without a Top 10 list, of course, and thus I’m obligated to present my Top 10 films of 2013. Travis Leamons and I disagree on a handful of films per year and this is one of them. I genuinely enjoyed this comedy because it was a great story about friends trying to reconnect, and all the outer bull they’ve spewed to one another finally being replaced with honesty, meshed with a great Hangover style comedy. This is the film I wish Hangover 3 had been, actually.

A good college comedy is very difficult to find and in a year without a lot of quality cinema this normally wouldn’t make an honorable mention in any other year. But it’s very funny on its own and a good viewing. If there ever was a film franchise that’s been truly honest and personal about the nature of love it’s been this one. Starting with Before Sunrise we’ve seen Jesse (Ethan Hawke) and Celine (Julie Delpy) we’ve seen a trilogy of films that look at the nature of how we view. In our 20s it’s romantic and whimsical, as if anything can happen. In our 30s it’s more practical, as life has given us enough to lose that when we make hard decisions they come with a price. Before Midnight looks at love in your 40s, when it’s about trying to keep the romance alive as life keeps moving forward.

I loved how this film was an honest look at Jesse and Celine’s relationship after the events of Before Sunset, when the nature of “true love” had the two rekindling their relationship even after Jesse had gotten married (and had a child) with someone else. This is the ramifications of the big decision, of a relationship on slightly shaky ground, that’s honest about it. This isn’t the Hollywood “love conquers all” type of romance. This is about the raw, gritty nature of it and it’s a fascinating character study. Miles Teller was a guy who had a great role in The Rabbit Hole a couple years ago and has since begun to found his way as maybe the best young talent of his generation. Roles like this will eventually define just how good he can be. Don’t be shocked if he nabs an Oscar nomination for this role; he’s that good.

Indie romantic dramas are where the genre is at its peak right now and the tale of a couple of profoundly flawed teenagers (Teller, Shailene Woodley) trying to find their place in the world (and with one another) is a breathtaking film. How do you reinvent Superman for a modern audience? Give $200 million to Zack Snyder and stay out of his way, apparently, as the best director in Hollywood when it comes to myth-making has taken the ultimate mythos of a super hero and crafter a super hero epic for our time. And how he did it was by boiling it down to the essence of the two men responsible for Clark Kent’s mindset on life.

This is a film about a boy and two fathers with different world views because of how different he is. One (Kevin Costner) wants him to stay hidden, to keep himself off the grid and have a normal life. The other (Russell Crowe) looks to him as someone who can lead humanity to heights of greatness. It also led to my most read column of all time, which you can read right here (the comments section is priceless in its amusing levels of bickering and argument alone). Trying to make an honest film about slavery is difficult in today’s modern era because Hollywood tends to get near exploitation levels when it broaches the subject. And this was an honest one about the levels a man can endure with Chiwetel Ojifor in a brilliant performance that’ll probably get him an Oscar. Ryan Gosling would be this era’s Steve McQueen if only he didn’t lack the sort of raw masculinity McQueen had. But as a film fan I have to give him credit for always taking interesting roles. As a gym owner/drug dealer trying to track down who killed his brother, this is a role defined by what Gosling doesn’t do as opposed to what he does. This is about using minimal dialogue and presence, a difficult proposition for a lot of modern actors, in a film of remarkable power. This is an old school, violent action film with art house pretentions to it. 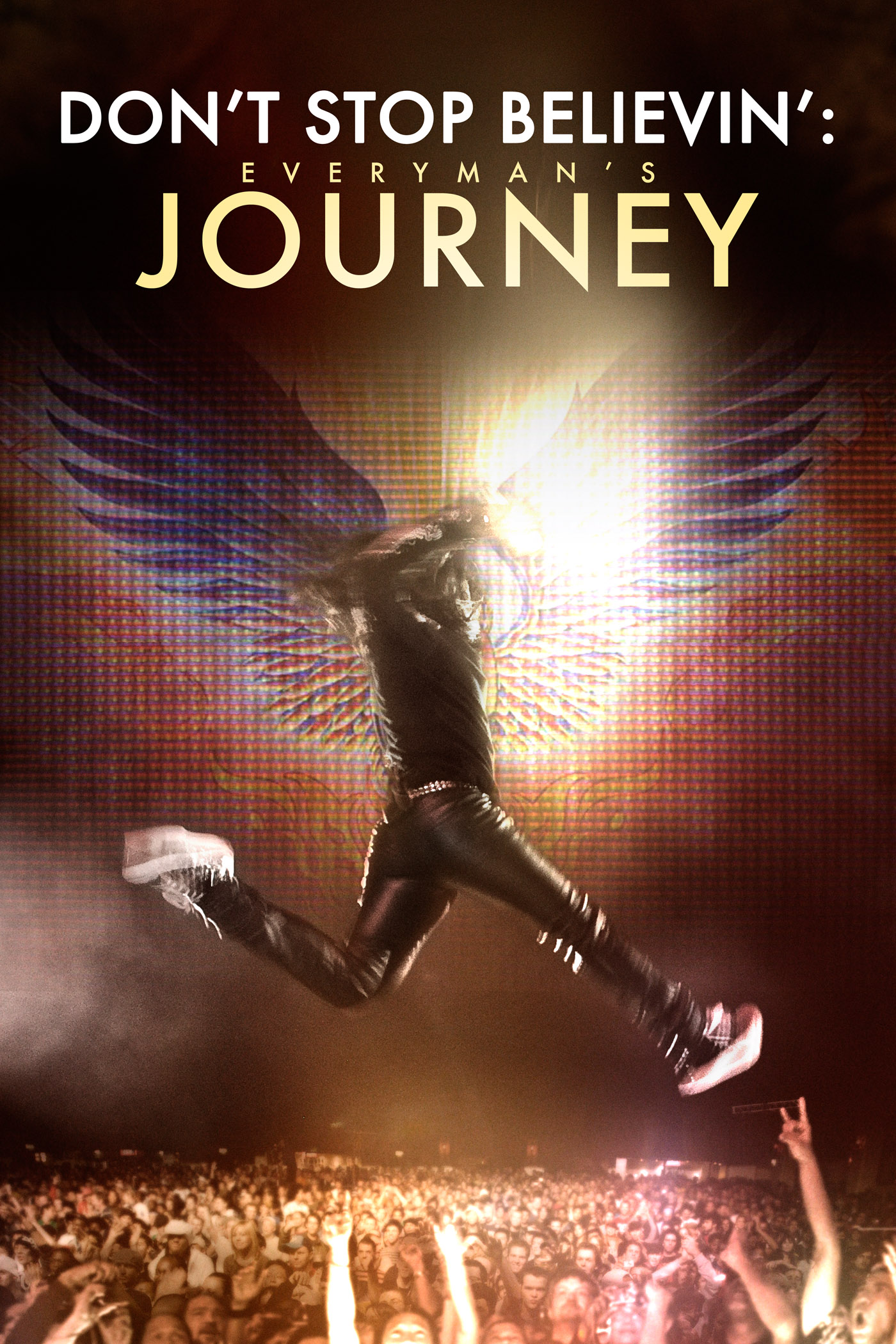 Journey has gone from being one of the biggest bands in the world to a nostalgia act, mainly, and the greatest band to do karaoke with. I mean who craps on the guy who may have had too many drinks on karaoke night when all he wants to do is sing “Don’t stop believing” like a good pub yeller?

So when Journey made a documentary about finding their newest lead singer there was an interest in it because the story was just too good. Finding a singer off YouTube in the middle of the night, after searching videos, and raising him out of poverty in the Philippines to heading one of the biggest live acts in music is something else. There’s a candor and honesty to this film that’s refreshing as the band members admit they like doing this but don’t fancy themselves the mega rock stars of their heyday. How do you translate a book that relies on a lot of dialogue into an action film? By making it about the hero’s journey.

I was reticent to see the film, of course, but Ender’s Game turned out to be a great tale of a hero.

One of the most influential films of my life was Pumping Iron as a child. Seeing men who worked hard at a singular concept, to lift weights better than anyone else, struck me. It’s why I’m a gym rat to this day; there’s something about the power of iron in your hands that nothing else in life can top. I can imagine that this film would do the same to a 10 year old me now. Pumping Iron made me ask my father about working out and lifting weights back then. Generation Iron fired me up for a late night excursion to it. Michael Bay is the most hated man among film snobs because he delivers what the people want; it’s not like you can craft Shakespeare out of giant robots, you know? So I was curious when Bay wanted to make a dark comedy about bodybuilders in Miami. What he crafted was a brilliantly dark comedy about a group of men who wanted the American dream … but would rather work out instead of work for it.

Considering that the film itself wasn’t half as nuts as the actual story … that’s saying something.

As always it was a UFC PPV. I wrote on the future of the winners and losers I found most intriguing, which you can read here. My column on Ronda Rousey after the fact is here. This week’s DVD – The Oranges

What happens when a middle aged guy throws away his marriage for one of the chicks from Gossip Girl in New Jersey? The Oranges.

Alia Shawkat and Leighton Meester are the daughters of a pair of couples (Oliver Platt and Allison Janney, Hugh Laurie and Catherine Keener) in suburban New Jersey. Not everything is as happy as it seems, of course, and then the interesting stuff begins. The former Gossip Girl decides to shack up with Dr. House … who’s in the midst of a marriage slowly turning into a divorce.

It’s an interesting look at the suburban existence and happiness. It was poised as a comedy but it’s not really a traditional comedy. It’s a dark comedy that airs more towards drama and has a quasi-existential look at the nature of happiness from the perspective of the young and old.

I dug it. Not brilliant … but good. Solid recommendation.

Paranormal Activity: The Marked Ones – A sort of sequel/prequel/off-shoot to the franchise.

Skip It – It’s a Paranormal Activity in January. Just saying.