Regrettably, Mae Young, who will long be remembered as one of the most successful and enduring female wrestlers of all time, has passed away at the age of 90, this according to a press release issued by World Wrestling Entertainment.

WWE is greatly saddened by the news that WWE Hall of Famer Mae Young, beloved member of the WWE family and oldest living squared circle personality, has passed at the age of 90.

Johnnie Mae Young was truly one of the greatest female competitors to ever lace up a pair of boots. A proud competitor for three quarters of a century and valued part of WWE to her last day, Young truly blazed a path for future female grapplers beginning in the 1940s.

From the moment she first stepped through the ropes, Young established herself as one of the most active and successful female Superstars – including becoming the first U.S. Women’s Champion, carrying out one of the most storied rivalries of the time with the legendary Mildred Burke in 1954 and being among the first female competitors to tour post-war Japan.

The entire WWE Universe offers a standing ovation to a true queen of the canvas and bids Mae Young a heartfelt farewell.

WWE Chairman & CEO Vince McMahon added his thoughts as well (via WWE’s Director of Public Relations and Corporate Communications Adam Hopkins):”There will never be another Mae Young. Her longevity in sports entertainment may never be matched, and I will forever be grateful for all of her contributions to the industry. On behalf of WWE, I extend our sincerest condolences to her family and friends.”

WWE personalities past and present have been showing an outpouring of respect for the late Mae Young, taking to Twitter to express her passing.

Here are comments from the likes of Stephanie McMahon, Dwayne Johnson, John Layfield and Mickie James. 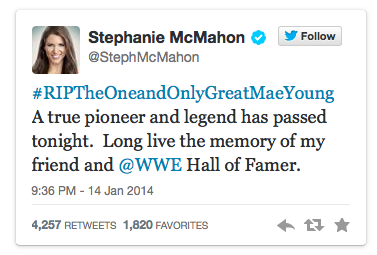 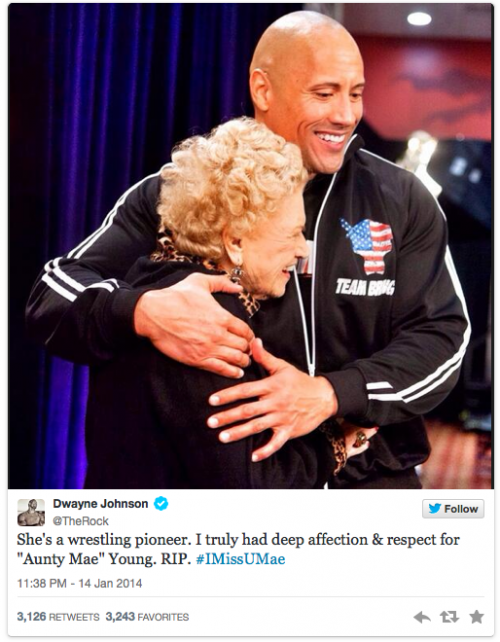 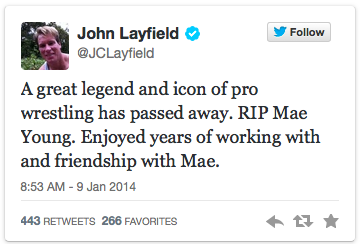 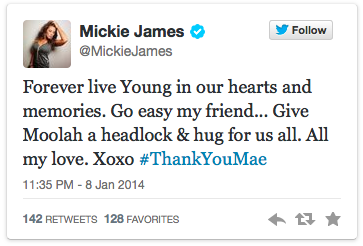 The staff of Inside Pulse would like to extend our sincerest condolences to family and friends of Mae Young.