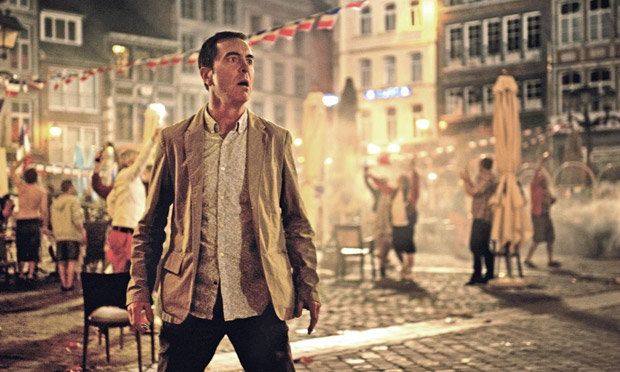 It’s always interesting to see the True Detective style of flashbacks and modern used in a true crime setting. It’s been done before, of course, but lately there’ve been a handful of terrific series to utilize the flashback/modern day style of story-telling on television. The Missing is a BBC/Starz series that focused on the case of a missing child over eight episodes.

Tony (James Nesbitt) has been devastated by the abduction of his son Oliver (Oliver Hunt) in 2006. He has spent his life since trying to find out what happened, clinging to hope his son is still alive. Utilizing flashbacks and the ongoing investigation in the present day, we get to see both the immediate aftermath of the loss of a child for Todd and his ex-wife as well as the long term effects of it. We get to see Tony as a younger man, still hoping to see his son, and then him as an older one with the realization that his son is most likely dead but still clinging to a hope that he can be found.

This is a true crime series, of course, but it’s also one of relationships. This is about what happens to people over the years after a tragedy as we get to see them both in the moment and well after it. It leaves you with two distinct versions of the same character; we get to see them as the tragedy initially hits them and then the long lasting pain it has inflicted upon them. Throw in the film’s profoundly unhappy ending and this is an eight episode season that’s about characters and the journey.

A handful of EPK pieces are included, nothing more.