The upcoming Barclays premier league season, is shaping up to be a spectacular one. There are some outrageous characters set to join the league. Outrageous in terms of their talent, just as much as in terms of their personality. From Ibrahimović to Conte. Thus far, the league has added plenty quality, in the form of a manager like Guardiola, players like Gundogan, Michy Batshauyi and Granit Xhaxa. There are plenty of stories to be told too, Jose Mourinho returning to Stamford Bridge for a start. We can only speculate what the 2016/17 season holds in store. So, allow me to speculate. Here are my top 5 predictions for the 2016/17 Barclays Premier league season.

1 – The first manager to be sacked

Always a tough one to predict, this unfortunate accolade could go to the manager of a top club, to the manager of a relegation favourite. With many of the top clubs having newly appointed managers, even with the high chance at least one will underperform; I see most of the big clubs showing patience with their new managers. So, what club at the bottom of the table might break first? Feeling the pressure and looking to make a change to preserve their top flight status. Walter Mazzari of Watford and Francesco Guidolin of Swansea may compete to be the first Italian manager to be sacked in the BPL next season – Claudio Ranreri would seem untouchable and Antonio Conte certainly must make an improvement over Chelsea’s last season. However, I see Aitor Karanka, the current boss at newly promoted Middlesbrough, being the most likely to be sacked first. The riverside club will want to stay in the league, but the current squad may struggle. Karanka almost walked out on the club over a training ground dispute with his players, near the end of the Championship season. This issue could likely rear its ugly head once again and see Karanka out the door before any other BPL manager next season. 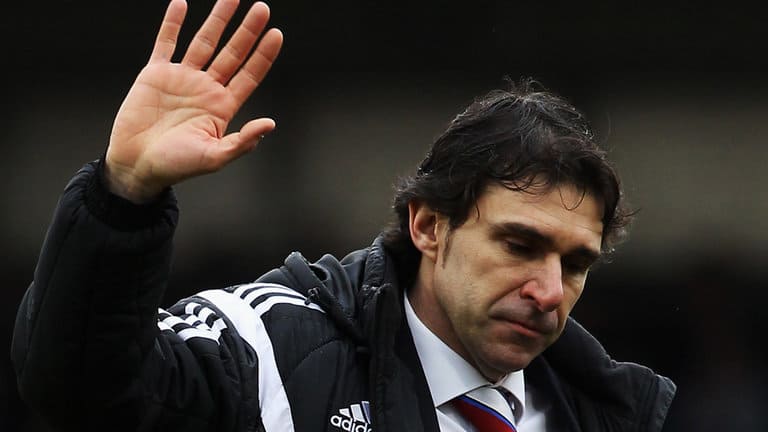 Every season the league sees young players emerge into the spotlight of the Barclays premier league. Eric Dier, Deli Ali and Jack Butland all raised their stock last season – the latter two being included in the England squad, as Butland would have been, had he not gotten injured. All eyes will be on the young players in the league once again, to see who can make their breakthrough this season. Southampton is a hot bed for young talent, and Matt Targett seems to be no exception. The fullback played a fair amount last season, although his full breakout may be restricted if either him or Ryan Bertrand do not make a change, to their position, or their club, otherwise Targett may find himself playing backup once again. Chelsea are not known for producing a long line of success stories from their academy. However, Ruben Loftus- Cheek seems to be the closest to making a breakthrough at Stamford Bridge. The 20 year old offers a lot of versatility in the midfield, and providing the opportunities are granted by Antonio Conte, Loftus-Cheek could even be picking up the PFA young player of the year award come the conclusion of the season. The final possible emerging young star in the 16/17 season is a risky one; it’s unlikely to happen, although my personal bias wouldn’t allow me not to include one young talent. 16 year old defender                    Kieran Freeman has recently signed for Southampton from Dundee Utd. Having gone to the same primary school, I witnessed first-hand how talented Freeman was at a young age. While unlikely, the small Scottish town of Inverbervie would certainly be delighted to see the 16 year old make his Premier league debut next season – 16/17 may be too early for the young defender, however, Kieran Freeman is still a name to keep in mind for the future. Overall I’ll go with Ruben Loftus Cheek.

One club has to go down first, the question is who. My earlier prediction that Aitor Karanka will be the first manager to see the sack, suggests Middlesbrough may be the first club to be relegated. However, an early managerial change may help the club avoid this unfortunate fate. Burnley may be a favourite for some. Typically Burnley have the quality to get promoted to the premier league, however struggle to stay there, with limited finances and a squad with less capabilities than some of its rivals. Burnley may bring a fight and a passion that helps the club fight against relegation. I’m unconvinced the club can avoid relegation altogether, however, through the goals of Andre Gray I cannot see the Lancashire club going down first. My choice may be a controversial one – Watford. I believe it was the wrong choice to sack manager Quique Sanchez Flores. Having led the club to 13th place least season, Sanchez, if anything, overachieved. Walter Mazzarri failed at Inter Millan and with some of the managers available over the summer, seems like an uninspired choice to take over the reins, at the London club. Striker Odion Ighalo’s goals dried up towards the end of the 15/16 season, and thus far the club has made no real notable signings, however, captain Troy Deeney has signed a new contract with the club, which is a good sign. However, I could see the club struggling this season. Walter Mazzarri would be a good bet for the second manager sacked this season. If the wrong replacement is chosen, Watford could be the first club relegated.

Of course, it may be a little early to predict this one; I’m sure many more signings are still to be made. However, the best buy of the season may have already been made. West Ham may have already secured bargain of the season, they’ve signed Sofiane Feghouli and Havard Nordtveit, both on free transfers. West Ham made excellent signings in the form of Michael Antonio and Dimitri Payet last season. So their scouts certainly can be trusted. Manchester has been busy already, although his start to the season will be delayed, due to injury, Ilkay Gundogan could be a joy to watch along with De Bruyne and Aguero, for Manchester City. On the other side of Manchester, Zlatan Ibrahimović could be crucial to UTD’s season, if he replicates his PSG form. The premier league is a very different challenge though, and Zlatan is a year older. Chelsea may have turned back the years; they’ve signed a tall, quick and strong striker from Marseille. Last time that happened, Didier Drogba became a club legend. If Michy Batshauyi can provide the goals like Drogba did, maybe in ten years, he too, could be a Chelsea legend. Although I’m going to go for new Arsenal signee Granit Xhaxka. Granit is the type of player the gunner’s fans have been crying out for. They thought they may have had it, in the form of Francis Coquelin; however, Coquelin was unable to impress fans quite as much last season, and clearly Arsenal weren’t incredibly impressed either. Xhaxka brings a tough tackling, strong approach that Arsenal’s midfield has needed.

Had I been writing this article a year ago, I would have gotten my prediction wrong, so incredibly wrong. This year I feel like I have a better chance. Well, maybe not. While I don’t see a Leicester story, I can’t pick between almost all of the “bigger clubs”. I honestly could see any of Man City, Man UTD, Liverpool, Tottenham, Chelsea or Arsenal winning the league. There are so many top managers at these clubs, they are all looking to make top signings, and they all already have top players. Some may question if Liverpool are serious contenders, however, an entire season with Jürgen Klopp, leading a team he has crafted, Liverpool could surprise some. Tottenham didn’t quite manage last season, there is almost definitely going to be more challengers this season, plus they have Champions league football to contend with. However, one of Spurs main weaknesses last season was depth in their squad, and it already seems they are making steps to fill in gaps. Signing Wanyama for example. The Manchester derby is going to be a spectacle, Pep Guardiola vs Jose Mourinho. It could be a derby centred around a title fight. I am going to go for Chelsea to win the league. The Stamford Bridge side will be looking for redemption for last season. As seen in the 13/14 season with Liverpool, having no European football can be helpful for a side challenging for the title, a clear goal of winning the league, and less games to play means better rested players. If Italy’s Euro 2016 campaign showed anything, it was that Conte gets the best out of his players. He knows how to organise a side, and inspire them. For all these reasons, I believe its Chelsea’s title to lose.