Regular readers around these parts know that the only post Civil War II and Marvel Now 2016 ongoing series that has peaked my interest involves Hobie Brown as the Prowler.

I’m a long-time fan of the character and, if the book turns out to be a solid read, it will join my only other two guaranteed monthly reads from Marvel Comics, namely Squadron Supreme and Thunderbolts, due primarily to the high $3.99 price point of Marvel Comics.

I can support some Marvel books at that price, but not as many as I’d like to read. If you’re Marvel or DC Comics my view is that you’re the big guys and $2.99 for most of your ongoing books, in this struggling economy, is fair.

For the smaller publishers, e.g. AfterShock, Valiant, IDW, Dynamite, Dark Horse, Image, etc. I feel better about paying $3.99 because they aren’t companies supported by huge conglomerates nor have a huge output like the “big two”.

So, this week’s Amazing Spider-Man #17 explains why this happens. 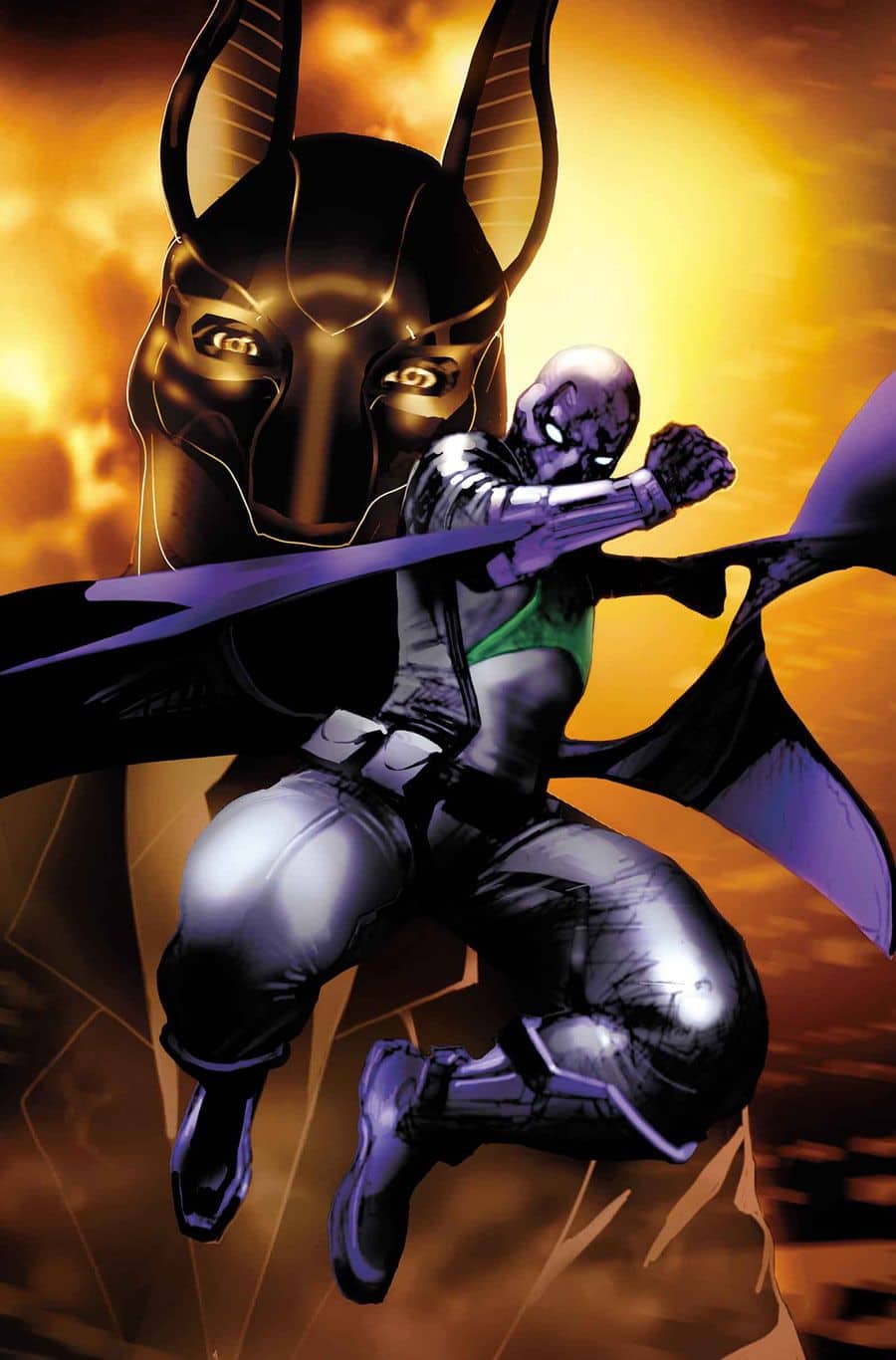 The cover to Amazing Spider-Man #17 by the amazing Alex Ross. 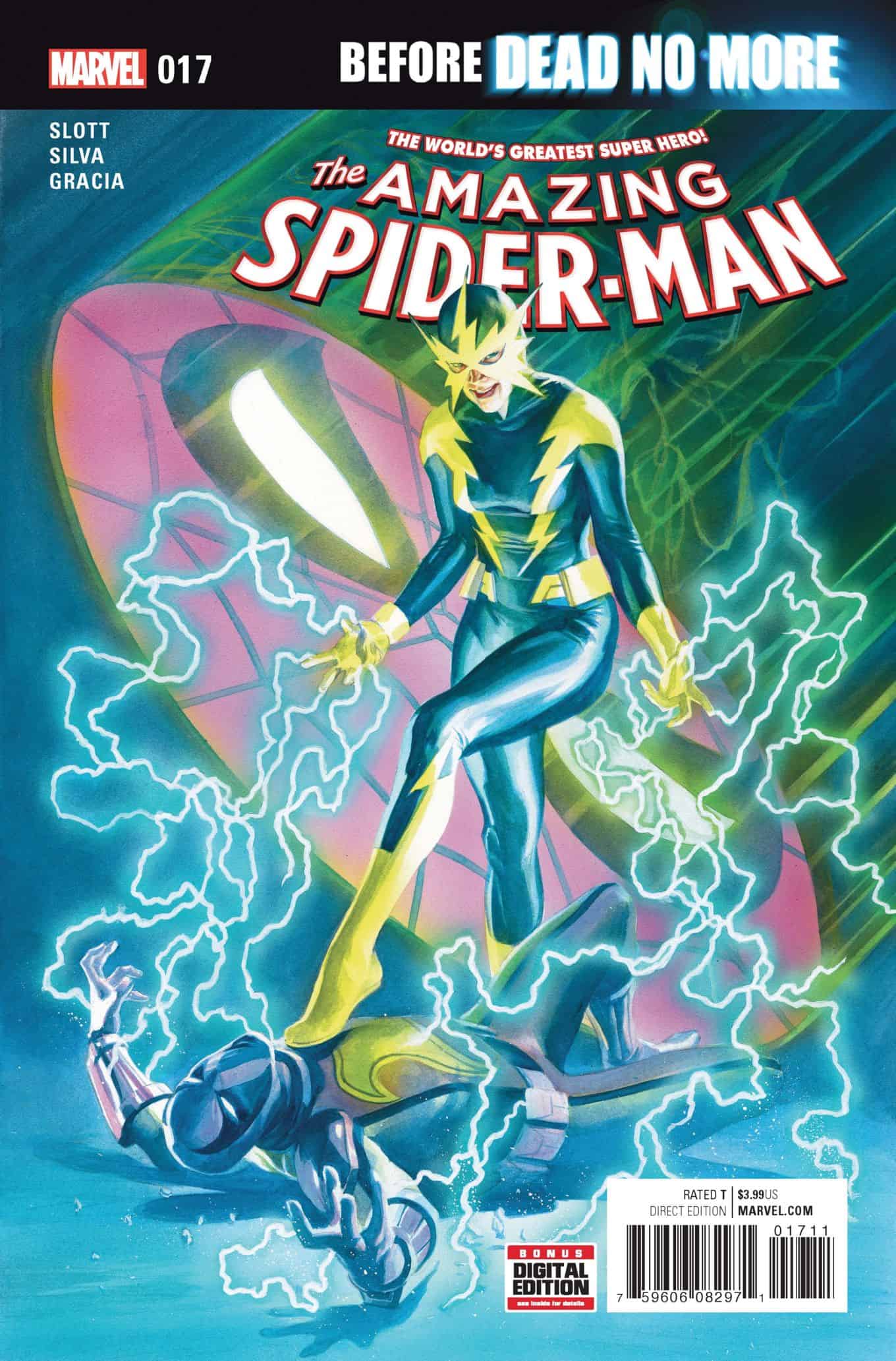 And now, let’s get into it.

As was revealed from Marvel Comics’ teaser pages, Peter Parker sends Hobie Brown who has a job as being seen to the Amazing Spider-Man on a mission as the Prowler to investigate a pharmaceutical company with a wonder drug that Perter Parker thinks could help a loved one. 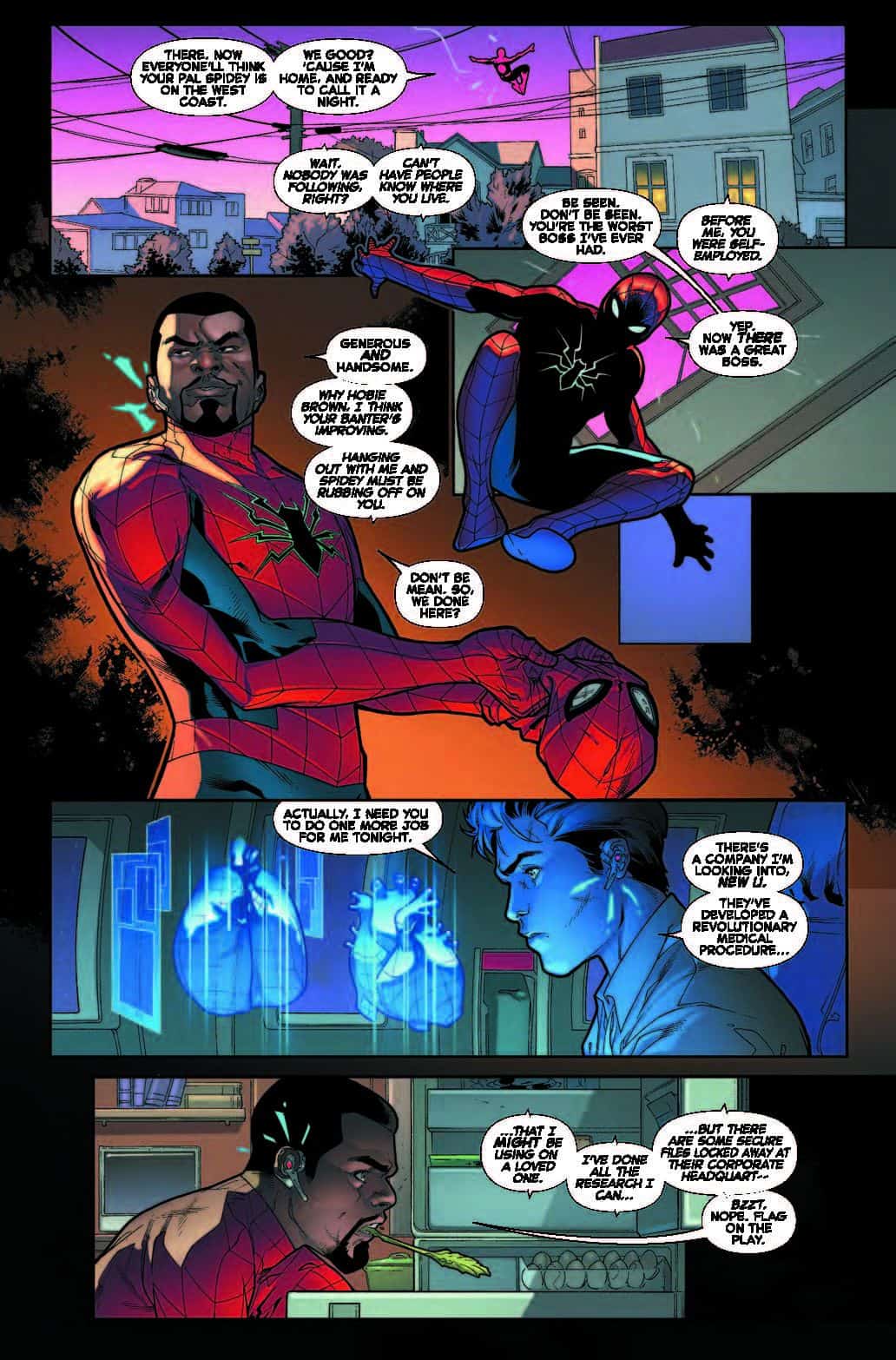 Hobie Brown agrees and as the Prowler… 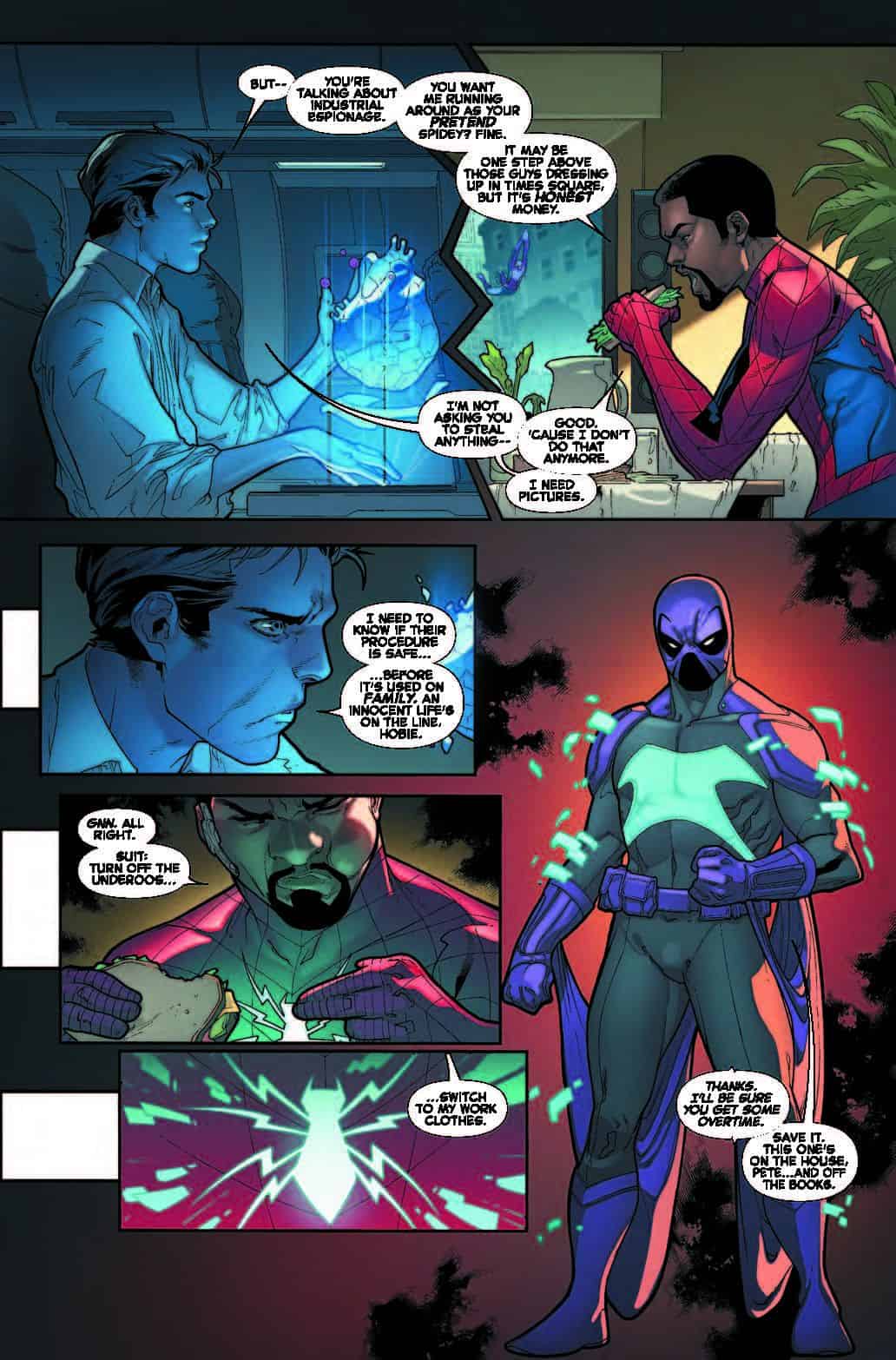 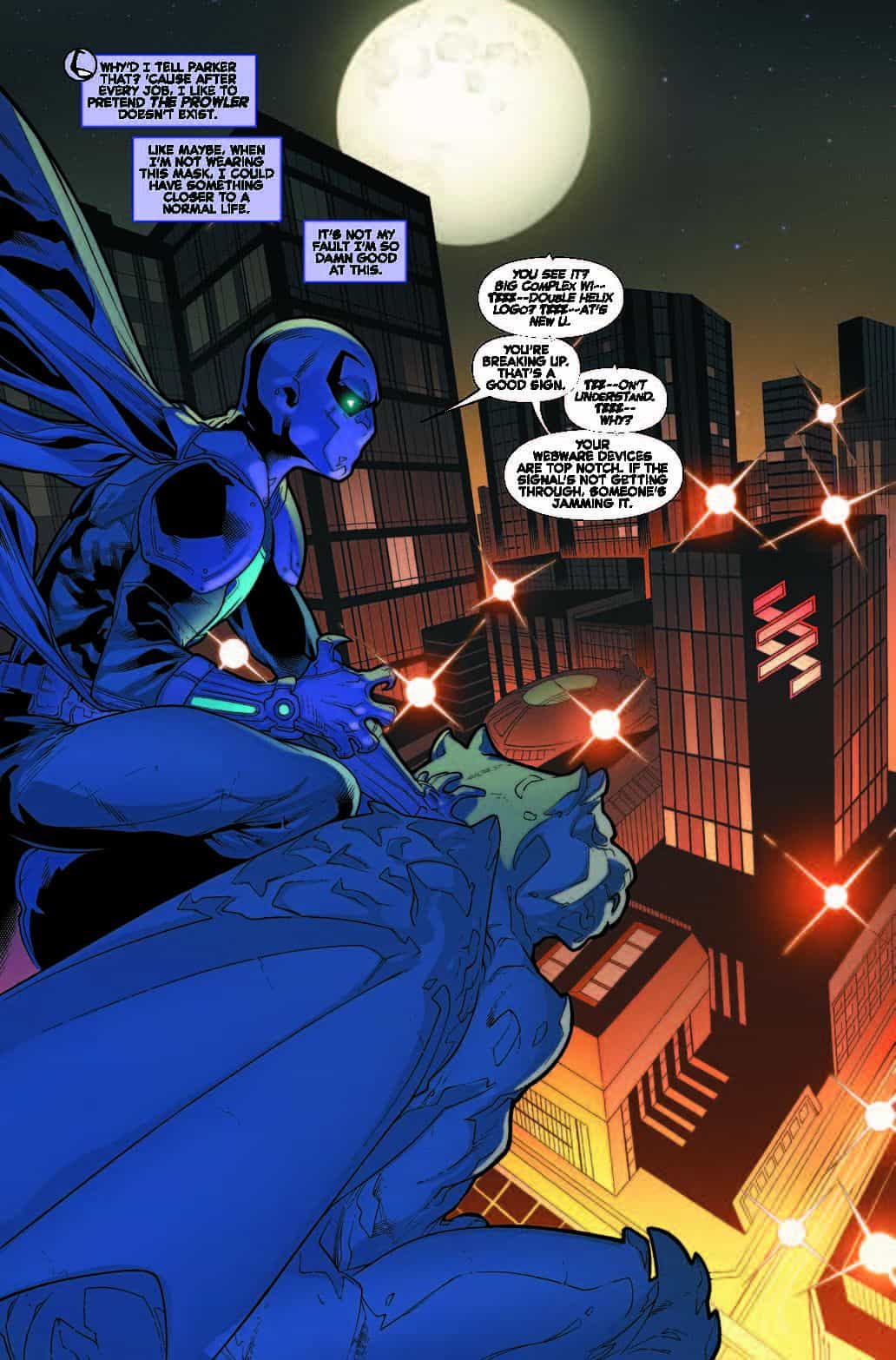 Now onto the non-teaser / preview pages.

In the issue Hobi Brown as the Prowler witneses the murder, yes murder, of Spider-Man villain Electro by the Jackal’s seemingly non-clone confidant Francine who I understand was Elctro’s ex-girlfriend.

In turn, wait for it, Francine also kills Hobie Brown, the Prowler, in Amazing Spider Man #17!

However, Hobie Brown / the Prowler is brought back to life as a clone who needs this mystery pill daily to stay alive! 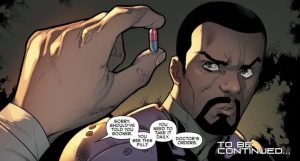 Cue the anticipation for Amazing Spider-Man #18!

Well, that means that all the “Dead No More” heroes, supporting characters and villains are all drug enabled clones? 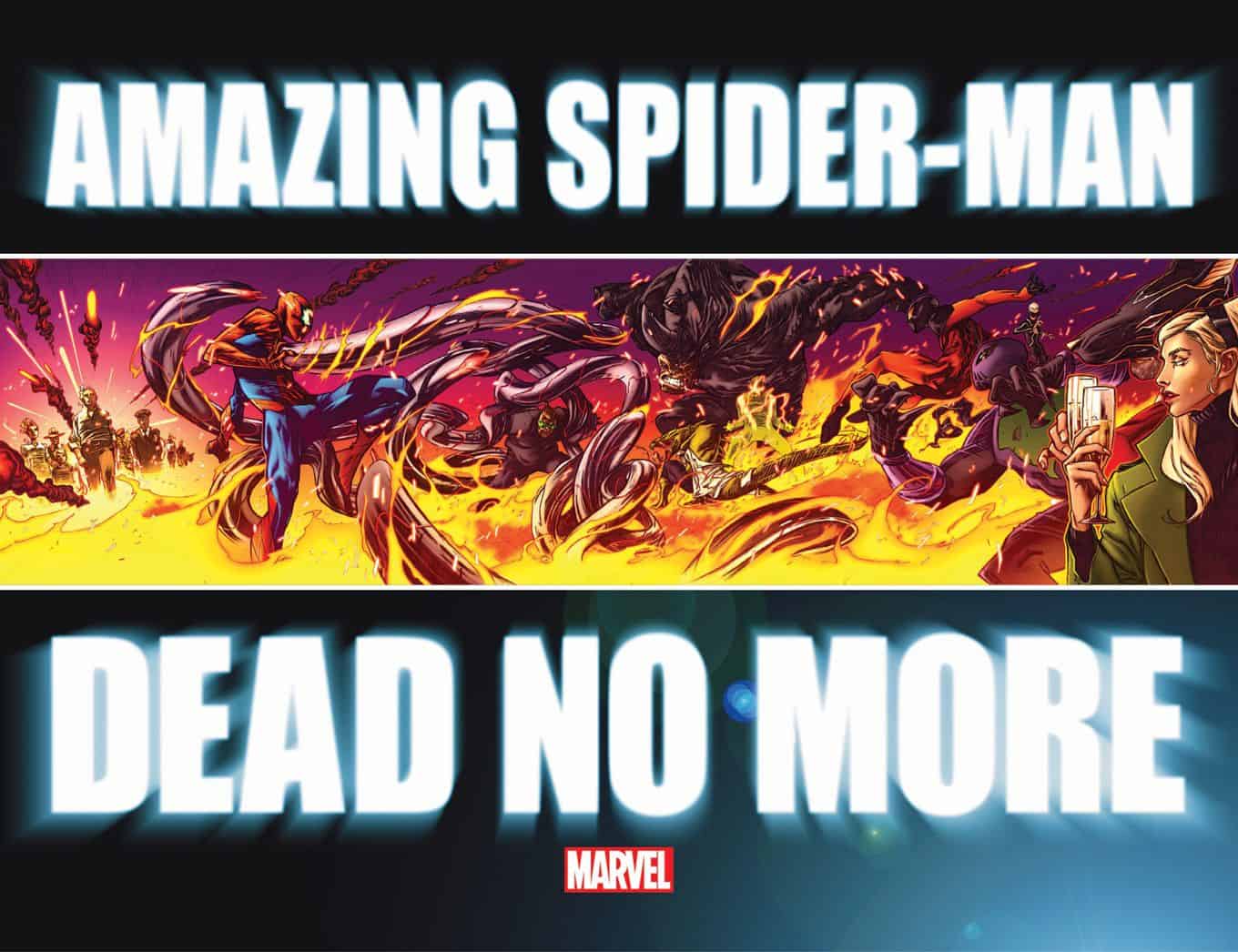 These turn of events make the Marvel Now 2016 cover for The Prowler #1 more understandable.

Overall Amazing Spider-Man #17 was a well drawn issue by the fantastic R. B. Silva with a story that writer Dan Slott has clearly been building to. RIP Hobu Brown / The Prowler and welcome to the post Civil War II Marvel Now 2016, um, the new Hobie Brown / The Prowler. And, simply, RIP to Electro.