Who Or What Replaces Cletus Kasaday As New Symbiote Host?! 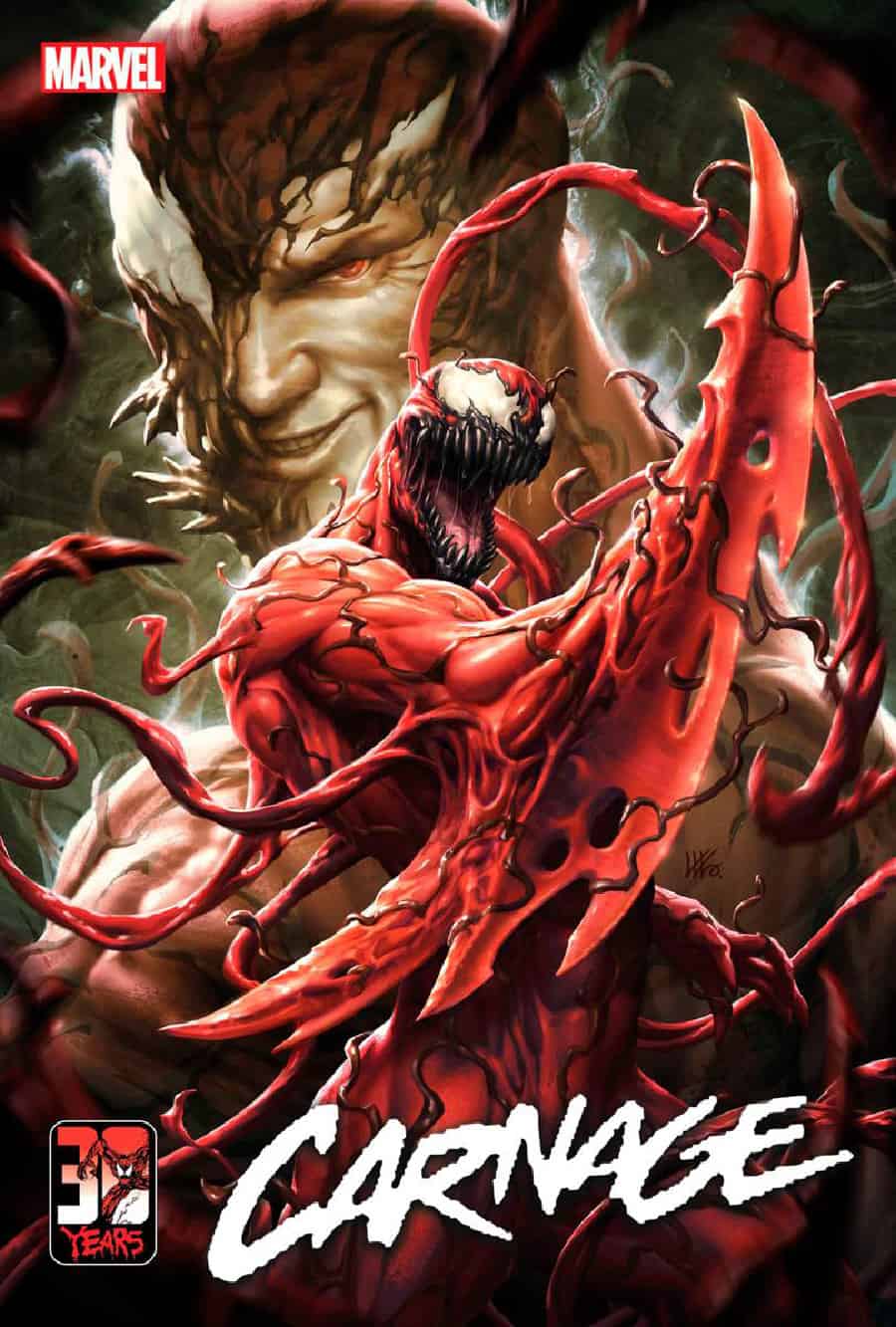 This one-shot has a few variant covers below to go with the main cover above. 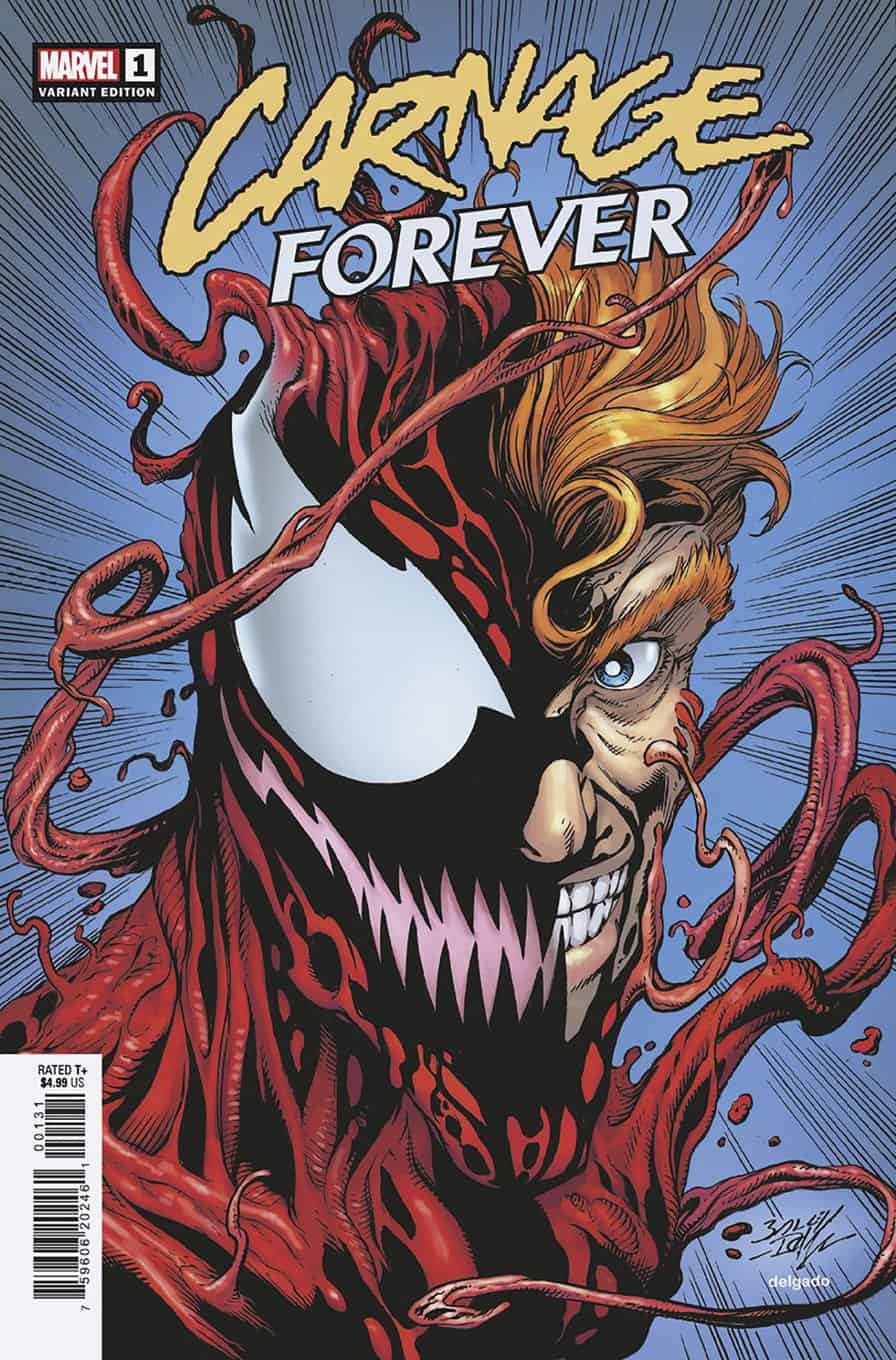 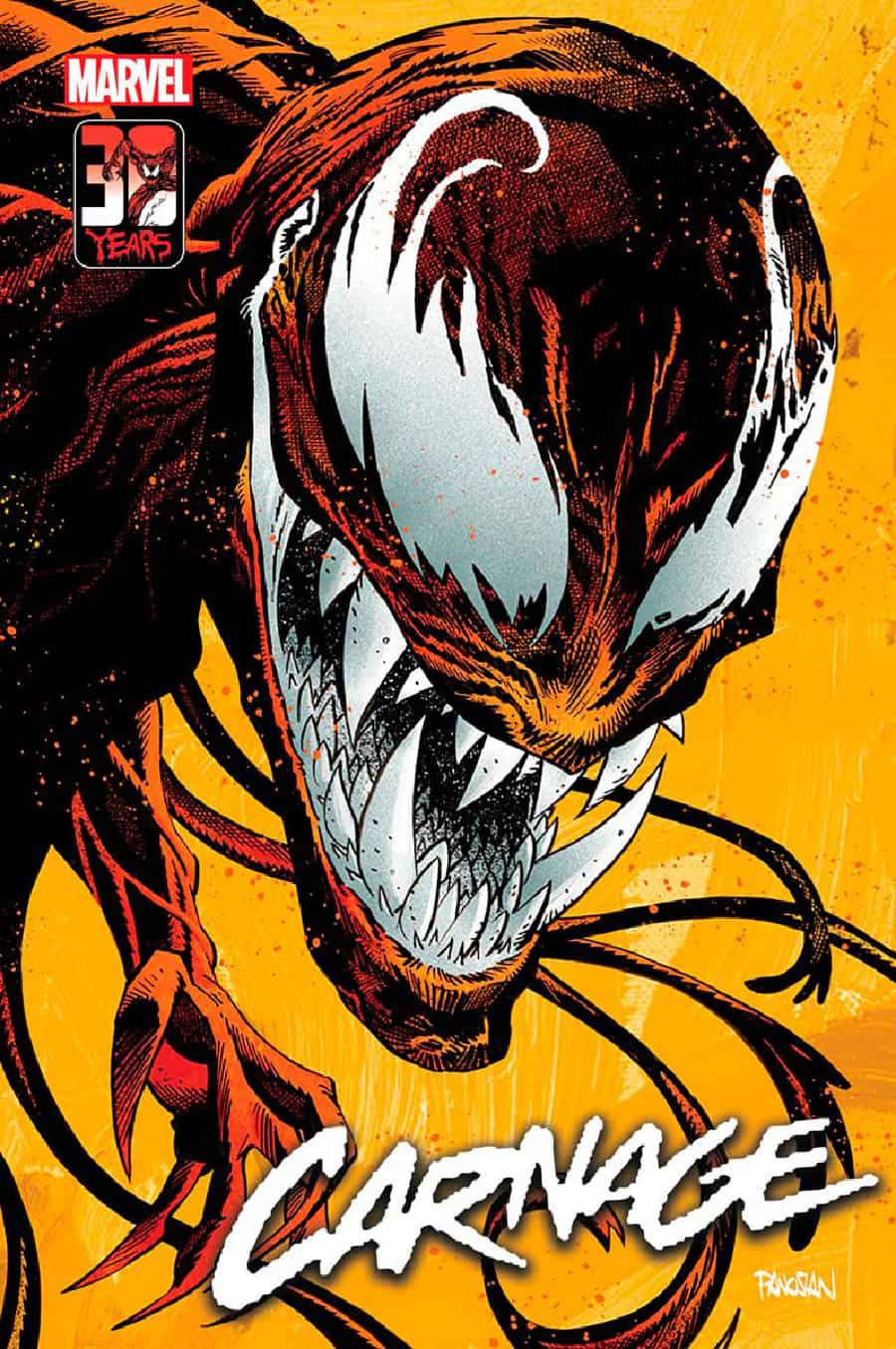 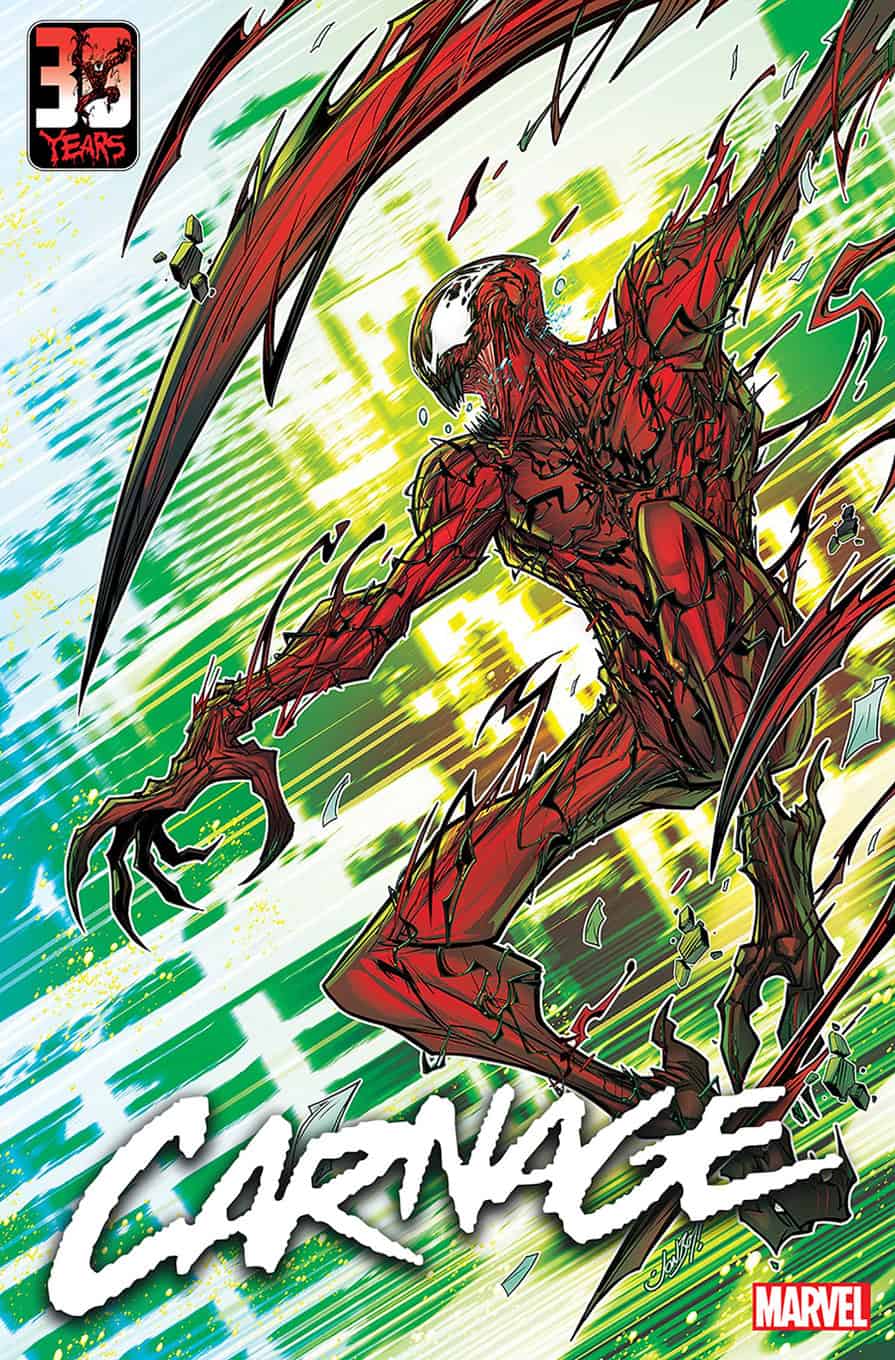 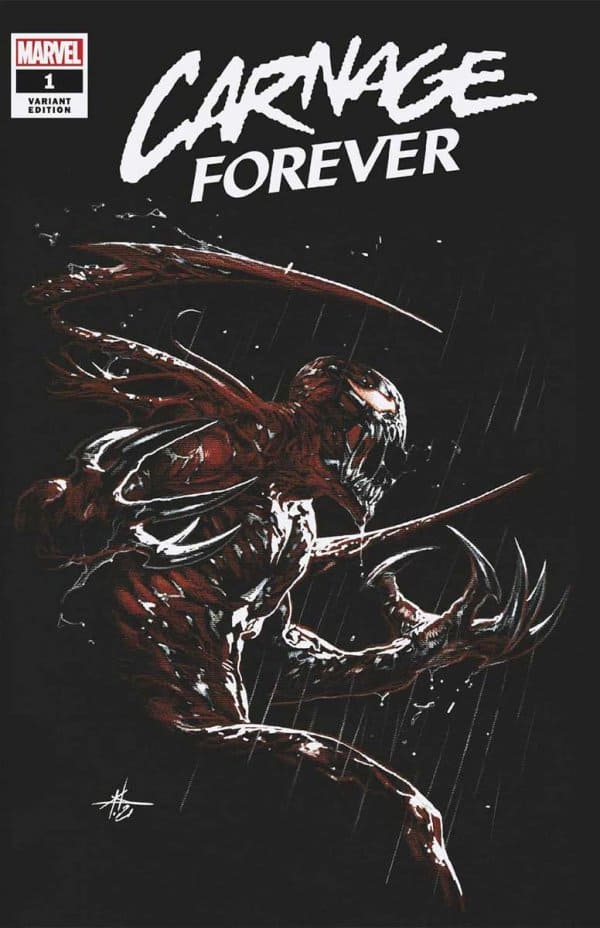 The promise of the book can be gleaned from its solicitation.

Cletus Kasady is the most notorious serial killer in the Marvel Universe — and it’s been thirty years since his first introduction! Thirty years of monsters, mayhem and murder — AND YOU HAVEN’T SEEN ANYTHING YET! With an awesome assembly of creators, this issue will HAVE IT ALL!

A look back on Carnage’s past, his present and, just maybe, the first hints you’ll ever get of his visceral and violent FUTURE!

Turns out water powers are more formidable than we once thought. 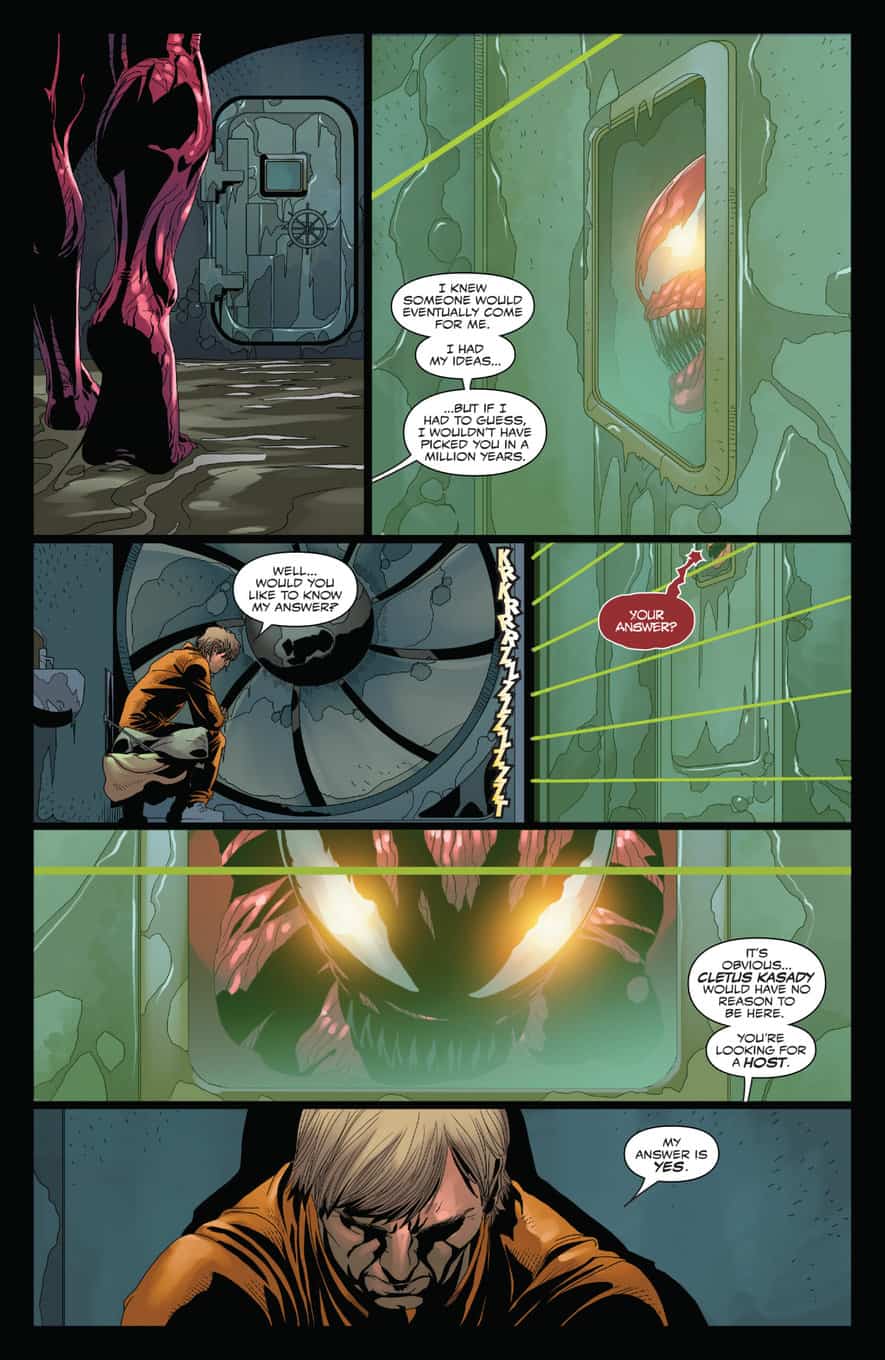 With that understanding, Carnage breaks into a prison to… 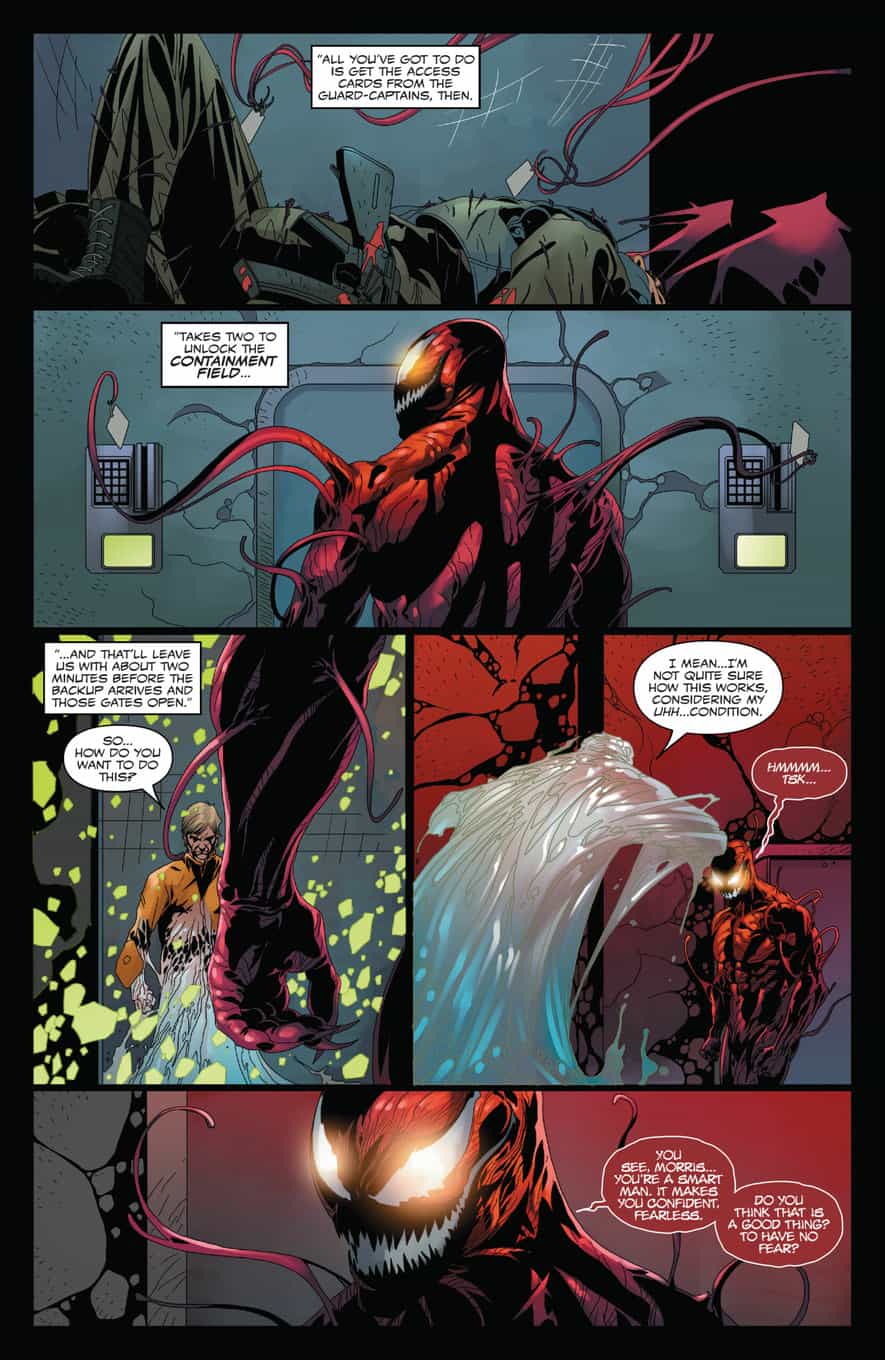 …seemingly steal the powers, but not the body of… 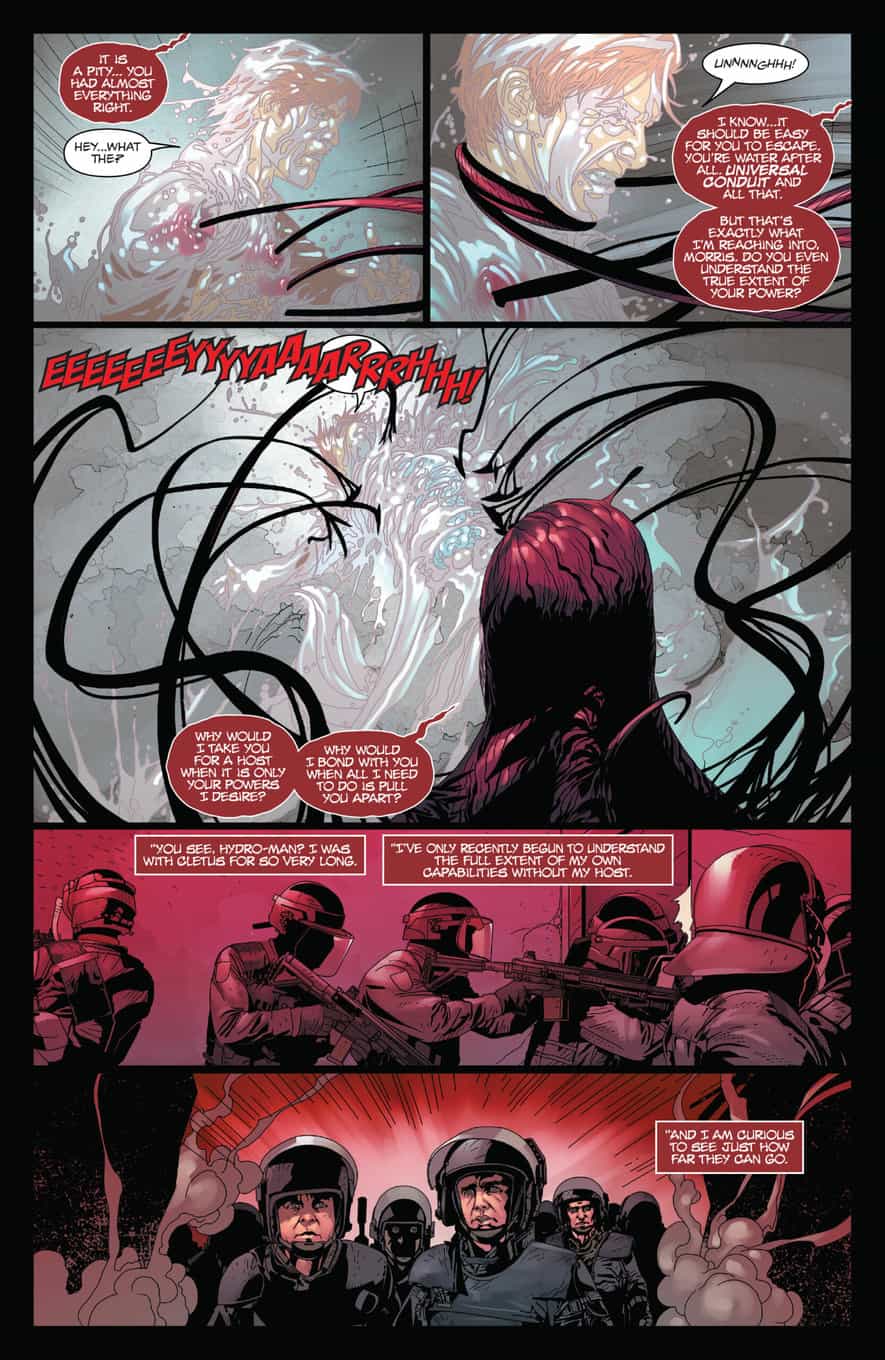 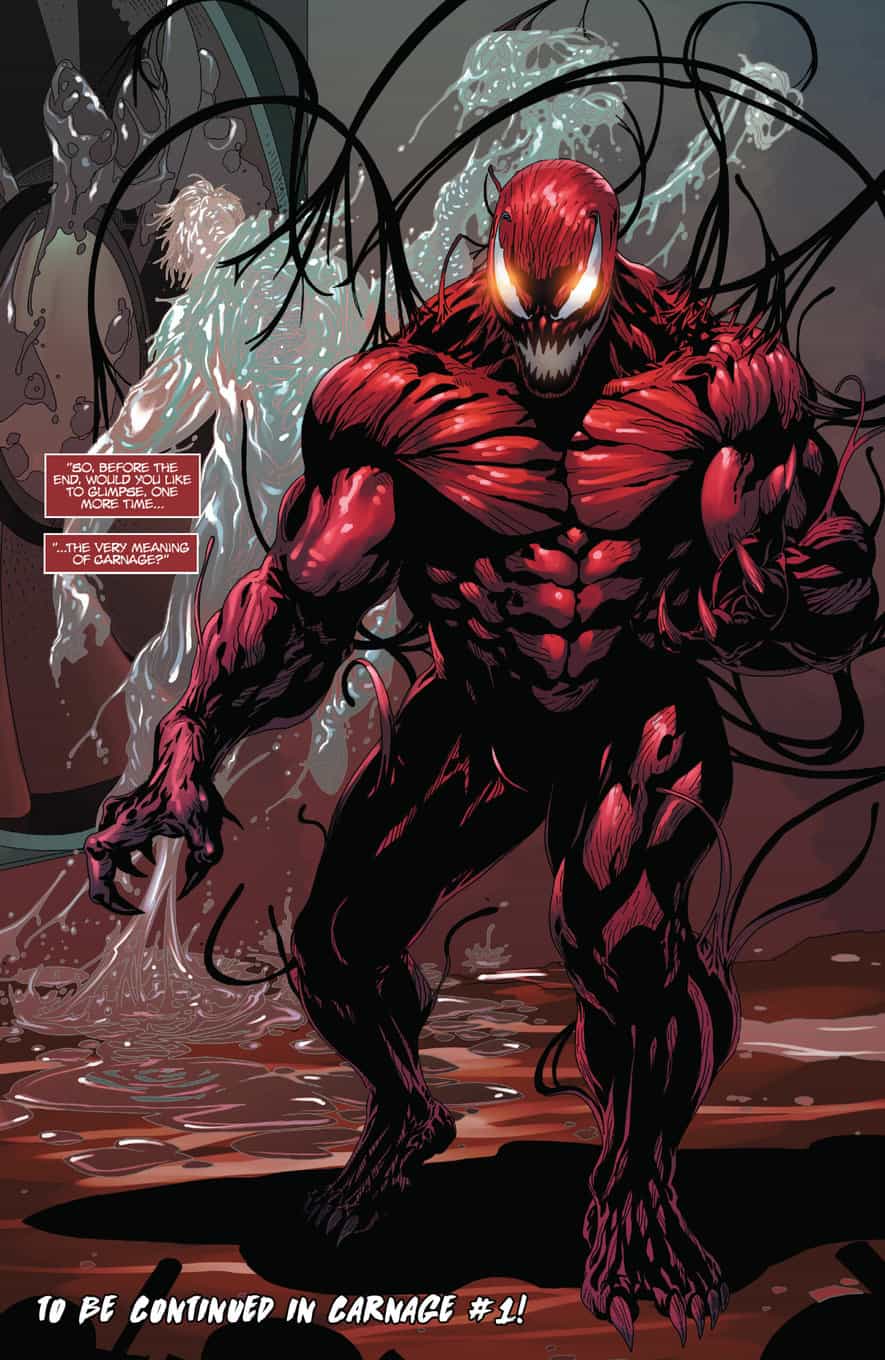 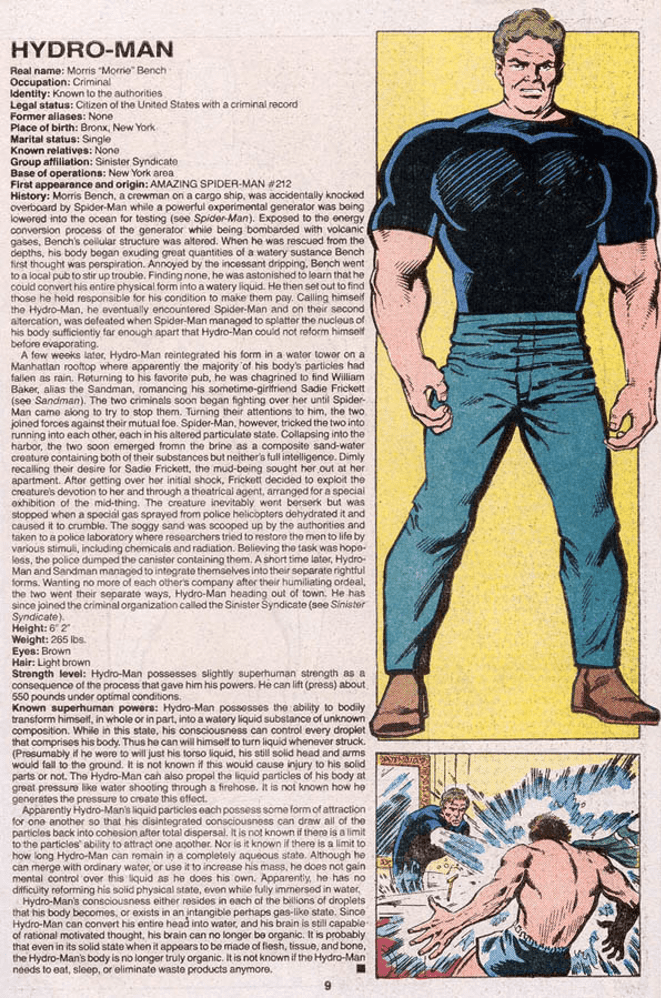 The one-shot ends teasing Carnage’s next appearance from here. 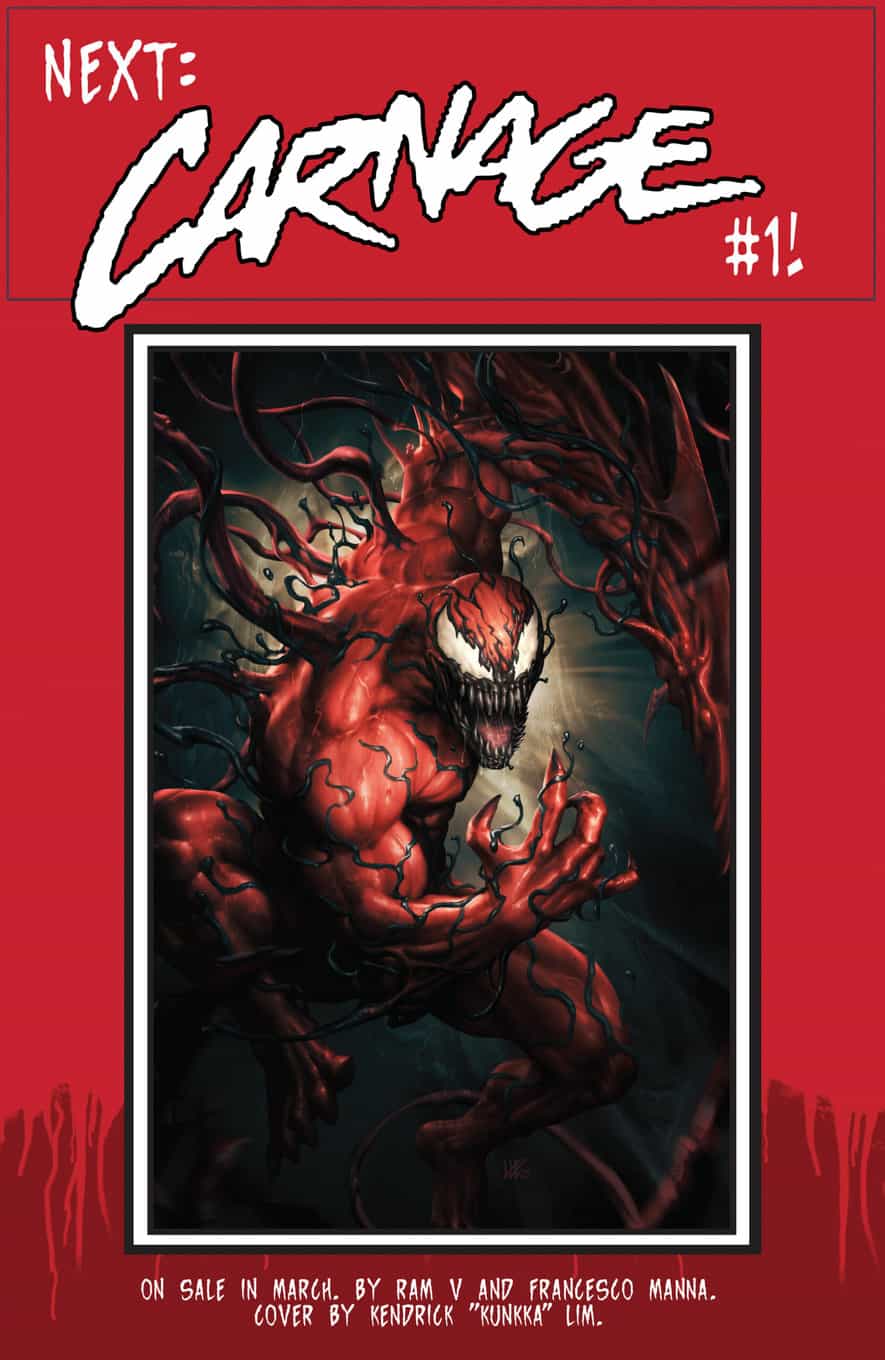 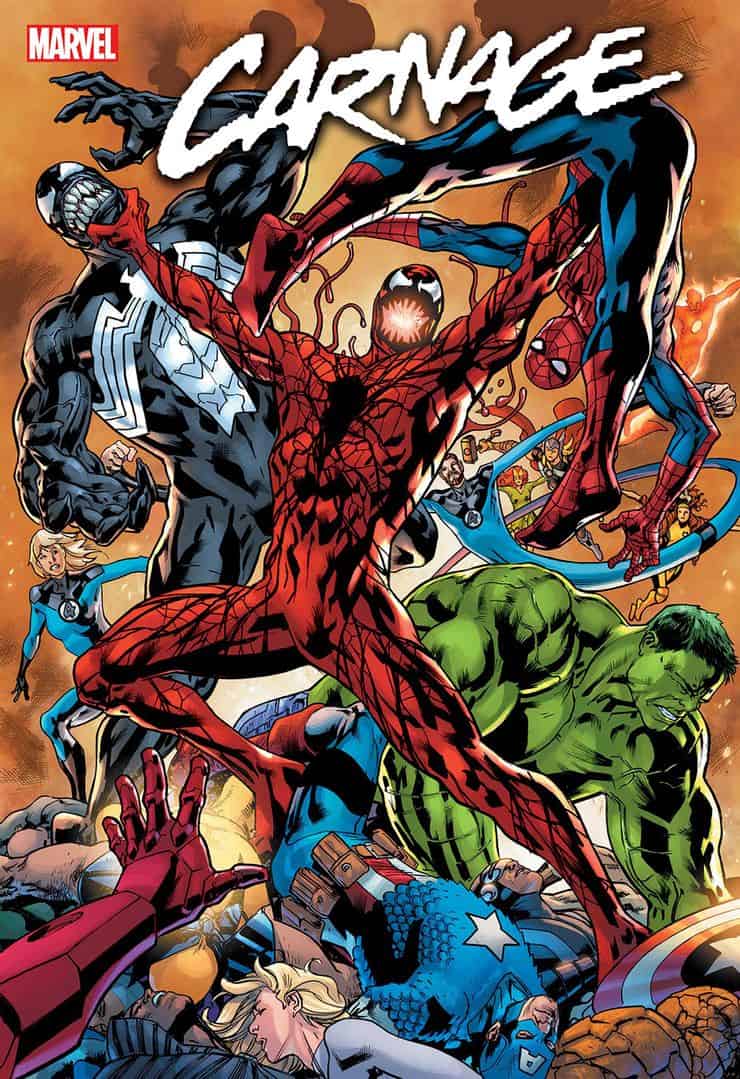 THE BLOODCURDLING CARNAGE SERIES YOU’VE BEEN WAITING FOR!

RAM V has carved a perfect home for himself in the symbiote corner of the Marvel U, and in this all-new ongoing series starring Venom’s most notorious offspring, that corner is about to get a little bit bigger…and bloodier! After the revelations of CARNAGE FOREVER, and in a year that’s set to be a celebration of all things CARNAGE, this is one symbiote story you cannot afford to miss!