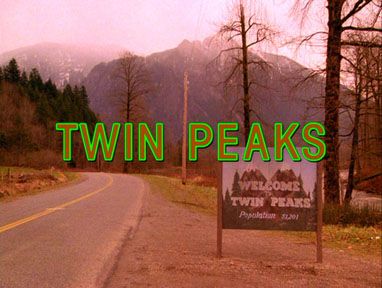 Over the last few months everyone has gone nuts over Stranger Things and Atlanta. Of course the one things critics compared the series to was David Lynch’s Twin Peaks. Both shows are entertaining, but those reviews made people eager for the returns of Twin Peaks. That’s right, the show that freaked out and confused America in the early ’90s is returning with David Lynch and co-creator Mark Frost in complete control of the Showtime series. This means a lot old fans are going to want to catch up with the series and the prequel movie. The first thing they’ll notice is their VHS tapes won’t fit into the Blu-ray player. Or if they have a working VCR, the EP Speed image looks like crap on a 4K UHD screen. Luckily you can catch up on the episodes and more with Twin Peaks: The Original Series, Fire Walk With Me & The Missing Pieces. The boxset contains nearly everything found in Twin Peaks: The Entire Mystery except for disc 10 (which contains bonus features for Twin Peaks: Fire Walk With Me).

The series became an overnight sensation as America pop culture focused on who killed the high school princess Laura Palmer (Sheryl Lee). The woodsy town of Twin Peaks is the kind of place where murders just don’t happen. But slowly over the course of the movie length pilot, the locals were either suspects or hiding some other truth from their charming neighbors. FBI Agent Dale Cooper (Portlandia‘s Kyle MacLachlan) has a child-like fascination with the small town full of wonderful trees, tasty cherry pie and damn fine cup of coffees. He’s unorthodox in his methods of spotting clues. But he’s focused on finding the real killer of Laura Palmer. He gets along fine with Sheriff Harry S. Truman (Slapshot‘s Michael Ontkean) and his unique crew at the office. He’s blown away by the donuts. Even as he sniffs closer to the real killer, he keeps uncovering more and more mysteries about the area. The series teased audience with the frisky kitten that was Audrey Horne (Shameless‘ Sherilyn Fenn). The alluring vixen could tie a cherry stem with just her tongue and had a crush on agent Cooper.

The first season of Twin Peaks only had the pilot movie and seven regular episodes. The impact was immediate on Thursday nights that Spring. People didn’t show up at bars until after 11 p.m. so they could drink and ask others, “What did I just see?” The whole summer seemed a tease for Who Killed Laura Palmer? The second season started off as a bit of a mess for viewers since we were teased big time that the real killer would be revealed in the two hour season opener. It didn’t happen. ABC screwed up the show completely when they moved it to Saturday night’s at 10 p.m. Nobody at the network had a clue that cool kids like to go out Saturday to see bands, have parties and get away from their apartments? The ratings began to fall because we weren’t home watching. Although we had learned to use the record timer on the VCR. As the viewership shrunk ABC demanded Lynch identify the killer and he conceded with episode 7 giving it all away although in a confusing Lynchian way. While the series had enough soap opera storylines to continue, the lack of guessing the real killer blew all the air out of the balloon. Lynch and Frost were off doing other projects so the show suffered. Even I lost a passion for the show. I’d stumble home from seeing a band at the Cat’s Cradle and resist pressing play to see what I missed from Agent Cooper’s world. It could wait until I was ready. The show that had started off a sensation had fallen into the bottom of the ratings when David Lynch showed up to direct the final episode of the season to give it an ominous cliffhanger involving Agent Cooper.

Instead of a save Twin Peaks campaign like the one that brought back Star Trek, Lynch took his series to the movie theaters with Twin Peaks: Fire Walk With Me. It’s a prequel that takes us back to the last days of Laura Palmer’s life. The movie is bizarre on many levels since Lynch no longer had to deal with ABC creative executives. David Bowie appears as an agent who might not be there. Moira Kelly filled in for Lara Flynn Boyle as Donna Hayward. Kelly does a good job filling in as the good girl who wants to keep up with bad girl Laura Palmer. The lack of Sherilyn Fenn’s Audrey took a little sizzle off the screen. We do get to see Laura Palmer getting naughty at the club. The film bombed at the box office since it came out so soon to after the series was canceled. But over the years, both the series and the film have matured like a fine wine. If you want to get ready for the return of Twin Peaks on Showtime, Twin Peaks: The Original Series, Fire Walk With Me & The Missing Pieces is all you need in one boxset.

The videos is 1.33:1 full frame for the tv series and 1.78:1 anamorphic for the movie. The TV show was upgraded to high definition and looks so much better than before. You can get a real sense of the trees. The audio is English 7.1 DTS-HD Master Audio that allows the odd audio noises crop up around the room. Original English Stereo mix is also included if you want all your sound from the TV set like the old days. Dubs include Castellano, German, Spanish, French, Italian and Portuguese. Subtitles include English, French, Spanish, German and 8 more.

Alternate International Pilot (115:22) has an ending that solves the murder of Laura Palmer. Not to be a spoiler, but this doesn’t resemble what happens in season 2. The original network version is 21 minutes shorter.

Log Lady Intros are featured on all the episodes. They were produced for the VHS release. She gives as cryptic of a message as possible. 55:33

A Slice of Lynch (55:33) reunites the director with cast, crew, coffee and cherry pie. The production of this bonus feature is what made fans sense the show was coming back.

Season 1 Image Gallery has promo pics and snapshots from a picnic and ski trip.

Twin Peaks Sneak Peeks are the what’s coming up promos for all first season episodes.

Outtakes (2:14) are the bloopers. How strange must you be to have the crew think you’ve blown your line?

Return to Twin Peaks (19:41) features people going to the Twin Peaks Festival at the original location in Washington. This is cooler than a Star Trek convention since you don’t get to meet William Shatner in Space. But you can stand near the falls near the hotel with fellow fans.

Location Guide (7:38) is an interactive fictional map of the town of Twin Peaks. They match the location with the clip from the series.

The Glastonbury Archives includes 17 Peices of Pie: Shooting at the Diner, Mark Frost Interview for Wrapped in Plastic, Learning to Speak in the Red Room, An Introduction to David Lynch, Lucy Bumpers, 1-900 Hotline, Production Documents and Image Galleries. You get all the 900 hotline messages without paying $2 a minute and a buck a minute afterward. Lucy bumpers are all the things she said during commercial breaks.

Postcards from the Cast are 20 short interviews with most talk about getting cast on the series.

Cast Interviews (interactive guide) is an amazing grid that let you chose actors and topic.

Secrets From Another Place: Creating Twin Peaks (106 minutes) covers the pilot, season one, the soundtrack and season two. You learn early that the series was originally called “Northwest Passage.” All the creative talent and cast contribute to the story. ABC was up for a risk since they were last in the ratings at that point.

The Missing Pieces (91:25) are the deleted scenes that were snipped during post-production.