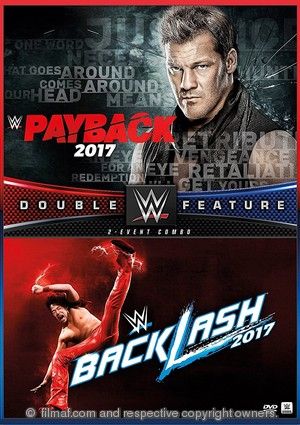 Tom Phillips, Byron Saxton, and JBL are on commentary for this SmackDown exclusive event.

~KICKOFF MATCH~
Tye Dillinger defeats Aiden English at 8:20. The Perfect 10 controls early on, but some shady tactics give English control, and he carries it into the unnecessary commercial break. When we come back English is still grinding away, keeping Dillinger grounded and singing about it. Dillinger fights back but English cuts him off numerous times. The top rope proves to be English’s undoing, as he misses a Swanton Bomb, of sorts, and Dillinger catches him with the Tye Breaker to get the pin. Solid kickoff match.
Rating: **¼

~MATCH #1~
Shinsuke Nakamura defeats Dolph Ziggler at 15:50. The crowd is chanting for Nakamura before his music even begins. They’re a little excited to see him. Ziggler is all about showing how he’s not impressed by Nakamura as they chain wrestle back and forth in the early going. The pace stays fairly slow as Ziggler controls the bulk of the match, with Nakamura peppering in brief moments of offense. Ziggler sets up for Sweet Chin Music and misses, but he does connect with a Zig Zag for two. They finally pick up the pace with some back and forth striking and several near-falls. Nakamura hits the inverted exploder suplex and the Kinshasa to get the pin. Technically fine match there but they dragged it out too long and being in the ring with Ziggler didn’t do anything to make Nakamura feel like a big deal.
Rating: ***

~MATCH #2~
SmackDown Tag Team Champions The Usos (Jimmy Uso & Jey Uso) defeat Breezango (Fandango & Tyler Breeze) at 9:15 to retain the titles. Jimmy and Jey have been the Champions since 3.21.17, and this is their second defense. This match is heavy on shenanigans in the early going, much to the Uso’s dismay. Breeze dons different costumes throughout the match, which the crowd seems to enjoy. When Breeze finally starts taking the match seriously, the Fashion Police look like they may have a shot. Fandango is up on the top rope but gets knocked down by Jimmy, and superkicked off the top by Jey to get the pin. If they had gone longer at the pace they were going by the end or had they done the whole match without comedy this could’ve been pretty great. As it was it worked well enough and kept the crowd engaged so that’s cool.
Rating: **¾

~MATCH #3~
Sami Zayn defeats Baron Corbin at 14:35. Zayn is on point in the early going, outwrestling Corbin and keeping him off his game. Corbin fights back with his size and power, slowing the match down and working Zayn’s back. The back and forth continues for a while, Corbin playing the generic big man and Zayn playing the plucky underdog. Zayn stays in the match long enough to land the Helluva Kick and get the clean pin! The match felt a little bit long for the basic story they had to work with, but Zayn going over clean is good enough for me.
Rating: **¾

~MATCH #4~
Natalya, Tamina & Carmella (w/ James Ellsworth) defeat Charlotte Flair, Naomi & Becky Lynch at 10:05. This one starts off with the usual back and forth, controlled by the babyface team. Charlotte gets distracted by Carmella on the apron, and that gives control over to “The Welcoming Committee.” That stable didn’t really take off, did it? Naomi gets a hot tag and makes Carmella Feel the Glow, but she too gets cut off by shady tactics. Finally, Becky gets her hot tag and it’s straight fire on Natalya. The match breaks down into chaos, and Tamina cleans house. Natalya uses the distraction to trap Lynch in the Sharpshooter to get the win. Perfectly acceptable TV-style match there.
Rating: **½

~MATCH #5~
United States Champion Kevin Owens defeats AJ Styles by countout at 21:10 to retain the title. Owens has been the Champion since 5.2.17, and this is his first defense. It’s a back-and-forth display to start, with both men trying to assert their strategy. Styles wants to quicken the pace, and Owens avoids him and halts his momentum when he can. Both men use plenty of big moves, wanting to put the other guy away early. Owens settles in and goes to work on Styles’ right leg. This goes on for a bit, and Styles comes back with a nasty suplex on the ring apron. With both men on the floor, Owens tosses Styles into the timekeeper’s area, and then starts prepping a table for destruction. Styles pops out with a Phenomenal Forearm! That’s pretty rad. Styles goes for a Styles Clash on the table, but the wily Owens drops Styles’ leg into one of the monitor holes on the table, and Styles can’t escape! Owens wins via countout and retains the title. I’m less critical of finishes like this in the era of the Network, so at least this was different and actually pretty clever. The match took a while to get going, but once they found the groove in the second half it was entertaining. I think expectations were a bit higher for two guys as good as these two are though.
Rating: ***¼

~MATCH #6~
Luke Harper defeats Erick Rowan at 9:00. This is a power display from the onset. Rowan dominates early on, keeping Harper grounded and wearing him down. Finally, Rowan misses a splash from the top rope and that gives Harper the chance to recover. They take it to the floor and Harper hits a perfect suicide dive. Back inside Harper hits a slingshot senton and a big boot for two. Rowan fights back with a spin kick and a powerbomb for a near-fall. They trade strikes, and Harper takes the better of it and lands a couple of superkicks. One discus lariat later and Harper gets the pin. The crowd didn’t react much, but this was just fine.
Rating: **½

~MATCH #7~
Jinder Mahal (w/ Samir Singh & Sunil Singh) defeats WWE Champion Randy Orton at 15:45 to win the title. Orton has been the Champion since 4.2.17, and this is his first defense. The Champ attacks before the intro can be completed and away we go. That allows Orton to beat Mahal up a bunch before the bell even rings. When the match officially begins, and Mahal is able to take control, he grinds it to a halt. Not that Orton is much faster when he’s on offense, so to call this sluggish would be totally accurate. Mahal spends a lot of time working Orton’s left shoulder. When Orton makes the comeback and signals for the RKO, Mahal wisely rolls to the floor. The Singh Brothers interfere where they can and drag Mahal back out to the floor after Orton hits an RKO. Orton gets super pissed and nearly kills one of the Singh brothers by dropping them on the announce tables. He follows with the double rope-hung DDT on them. That leaves Orton open to take the Khallas, and Mahal gets the pin and wins the title. For real. You know, I give them props for the idea of trying someone totally new, but they picked someone terrible and his buildup (or lack thereof) ensured that he would be ice cold out of the gate, and he pretty much was. Match was pedestrian.
Rating: **

A2Z Analysiz
The opener is okay and the United States title match is fine but disappointing, so there really is very little to recommend on this show. Jinder Mahal winning the WWE Championship is just laughably sad given that he’s never been more than a jobber until a few weeks prior to this. This show is a definite argument in favor of dual branded Special Events.