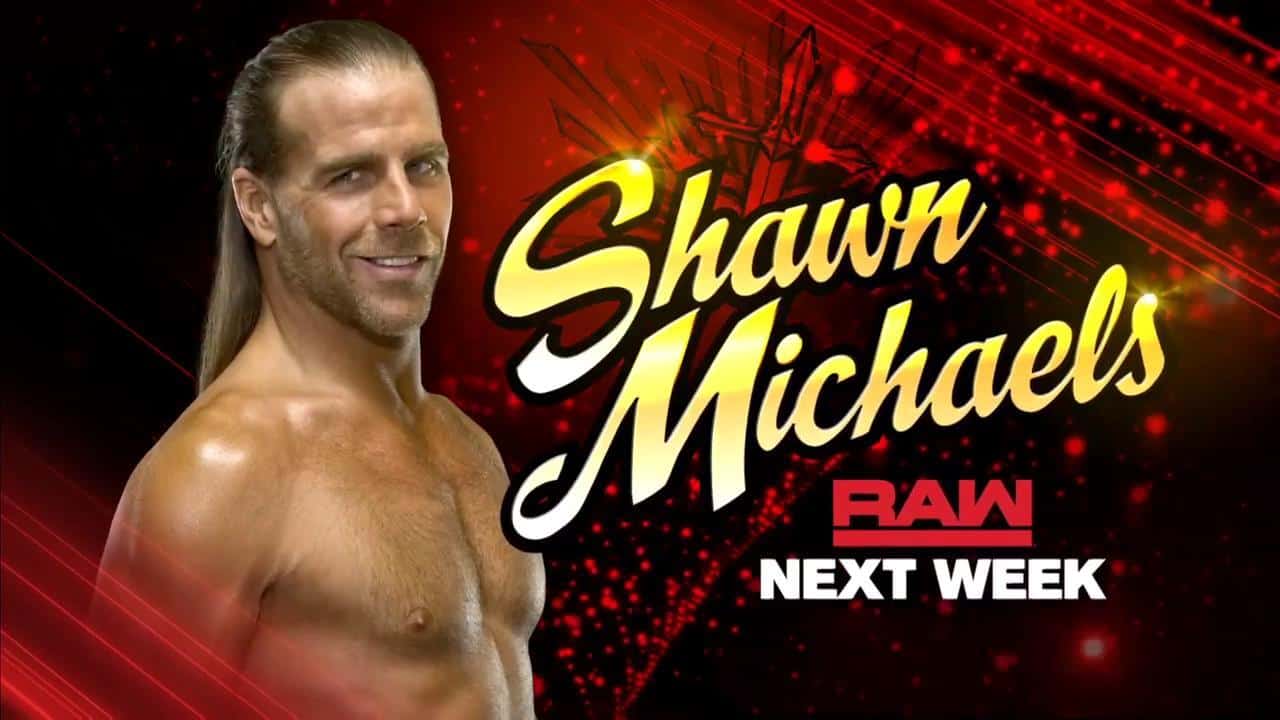 WWE has already announced a number of big events and matches for next week’s edition of Monday Night Raw.

First, Shawn Michaels will appear on the show in a promo segment. It is expected that he will be addressing the Undertaker vs. Triple H match planned for WWE Super Show-Down

In addition, WWE announced a WWE Raw Tag Team Title match between the B-Team and the Revival, who beat the champs in a non title match on the most recent Raw.

Finally, The @BellaTwins return to ACTION on #RAW to take on The #RiottSquad

It’s interesting to see WWE promote Raw so much ahead of time, and especially on a holiday weekend. It’s a big week though, the unofficial start to the fall season.