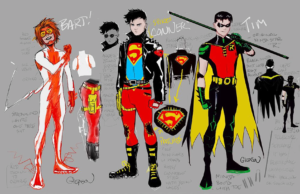 So, What Will Conner Kent Be Called? Superboy Or Something Else?

Conner Kent is returning to headline a new young Justice series in Brian Michael Bendis’ Wonder Comics line for DC Comics. Conner’s buddy Bart Allen is Impulse and not Kid Flash while Tim Drake is Red Robin and not Robin. In both cases there are younger heroes with the names of Kid Flash and Robin. There is also a Superboy in the Rebirth era who is teh sone of Superman and Lois Lane; so what name will Conner Kent use in Young Justice and DC upon his return?