With that, WWE has released its preview for tonight’s Raw! Check it out below. 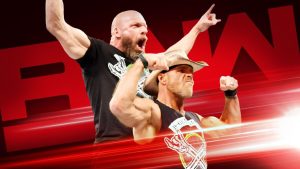 WWE Raw preview, Oct. 15, 2018: Will The Brothers of Destruction respond to D-Generation X?

Are The Undertaker & Kane ready? Now that D-Generation X has re-formed for a tag team battle with The Brothers of Destruction at WWE Crown Jewel, what’s going through the minds of The Deadman and The Big Red Machine? Plus, two huge WWE World Cup Qualifying Matches and a response by Raw Women’s Champion Ronda Rousey to last week’s ambush by The Bellas. 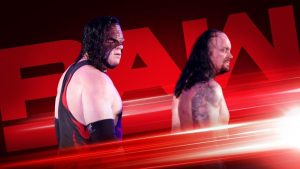 Will The Brothers of Destruction respond to D-Generation X?

Are you ready? On Nov. 2 at WWE Crown Jewel, Shawn Michaels comes out of retirement when D-Generation X squares off against The Brothers of Destruction, aiming for retribution after Undertaker & Kane destroyed HBK and Triple H with a harrowing post-match beatdown at WWE Super Show-Down.

After the blockbuster announcement that the infamous tag team was back in action, The Undertaker & Kane have yet to respond to DX. Will we hear from The Brothers of Destruction on Raw?

This past Monday night, not only did we learn that John Cena would be part of the WWE World Cup Tournament at WWE Crown Jewel on Nov. 2, but also that Kurt Angle — who invaded and won Baron Corbin’s “Global Battle Royal” as a faux Conquistador — would also represent the red brand in the tourney.

Now, Intercontinental Champion Seth Rollins will face Raw Tag Team Champion Drew McIntyre for the opportunity to represent the red brand in the elite tournament to determine the best Superstar in the world. With questions running wild as to the the current state of The Shield after Dean Ambrose walked out without his fellow Hounds of Justice last week, and the threat of Dolph Ziggler and Braun Strowman waiting in the shadows, can The Architect overcome the always-dangerous Sinister Scotsman? 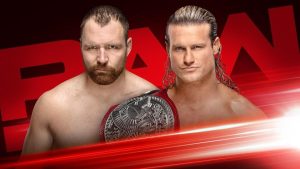 After weeks of speculation as to whether Dean Ambrose’s brotherhood with Universal Champion Roman Reigns and Intercontinental Champion Seth Rollins was weakening, The Lunatic Fringe suffered a crushing pinfall in The Shield’s Six-Man Tag Team Match against Braun Strowman and Raw Tag Team Champions Dolph Ziggler & Drew McIntyre. Following the loss, Ambrose walked out of the arena alone without saying a word, leaving The Big Dog and The Architect wondering what’s going through their brother’s mind.

As the WWE Universe is left wondering what this all means for the future of The Shield, a clearly conflicted Ambrose will take on Ziggler in a WWE World Cup Qualifying Match.

The Bella Twins stood triumphant alongside Raw Women’s Champion Ronda Rousey this past Monday night after the trio scored a second victory over The Riott Squad, but the celebration was short-lived. Out of nowhere, Nikki & Brie lashed out at The Baddest Woman on the Planet, making it clear that they were tired of sharing the spotlight as WWE Evolution approaches.

At the first-ever all-women’s WWE pay-per-view, Fearless Nikki will challenge The Rowdy One for her title. Can the bitter Bellas evade Rousey’s fury in Philadelphia? Find out what will happen when Ronda Rousey addresses the twins’ actions this week on Raw. 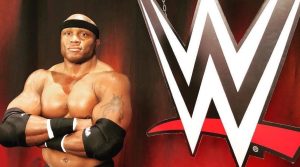 With Lio Rush egging him on — loudly, we might add — Bobby Lashley not only defeated Kevin Owens this past Monday night on Raw but injured the former Universal Champion’s knees in a jaw-dropping post-match assault.

This was hardly the affable Lashley we’ve come to know since his return to WWE in April. What’s next for this ruthless powerhouse? We’ll find out on Monday Night Raw, live at 8/7 C on USA Network.