Roman Reigns has said that post Wrestlemania 38 Main Event Match Night 2 with Brock Lesnar that the Tribal Chief will be the Undisputed Universal Champion. 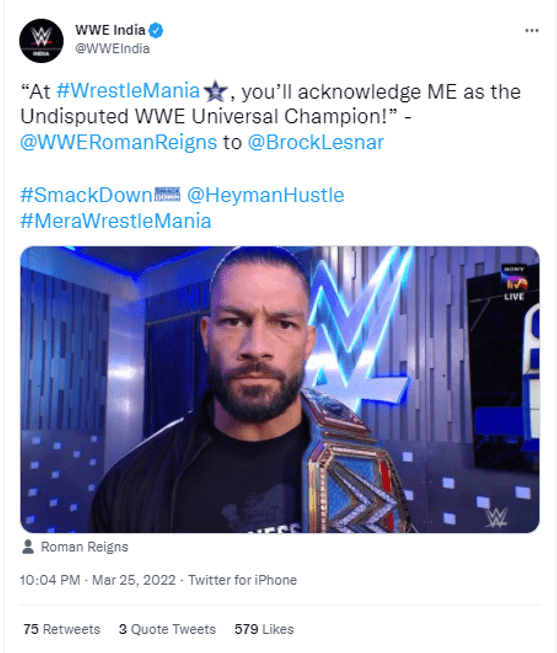 Well, it looks like a big prop has been circulating in Dallas, Texas that appears to be a new look title. 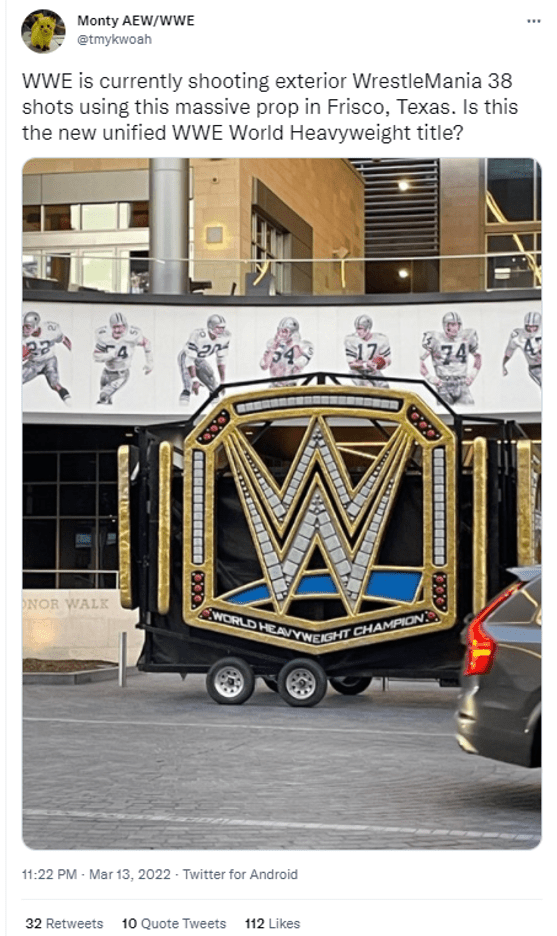 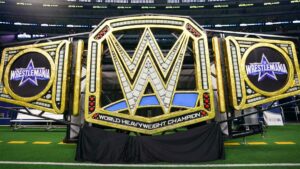 Both the current WWE World Heavyweight Championship title and WWE Universal title strap have a red “swoosh” at the bottom not blue. 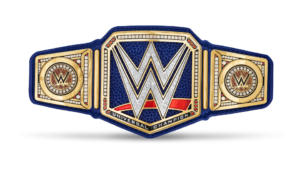 Although when the Universal Championship was on Raw that swoosh was black. 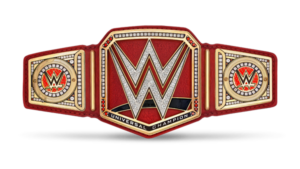 Does this 2022 prop that was napped in Texas signify that Roman Reigns will be victorious in the match? 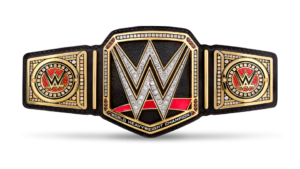 It has also been reported that whichever brand, Raw or Smackdown, is without a top title belt that a new one will be forthcoming as the plan is not for a shared World Champion for Raw and Smackdown.