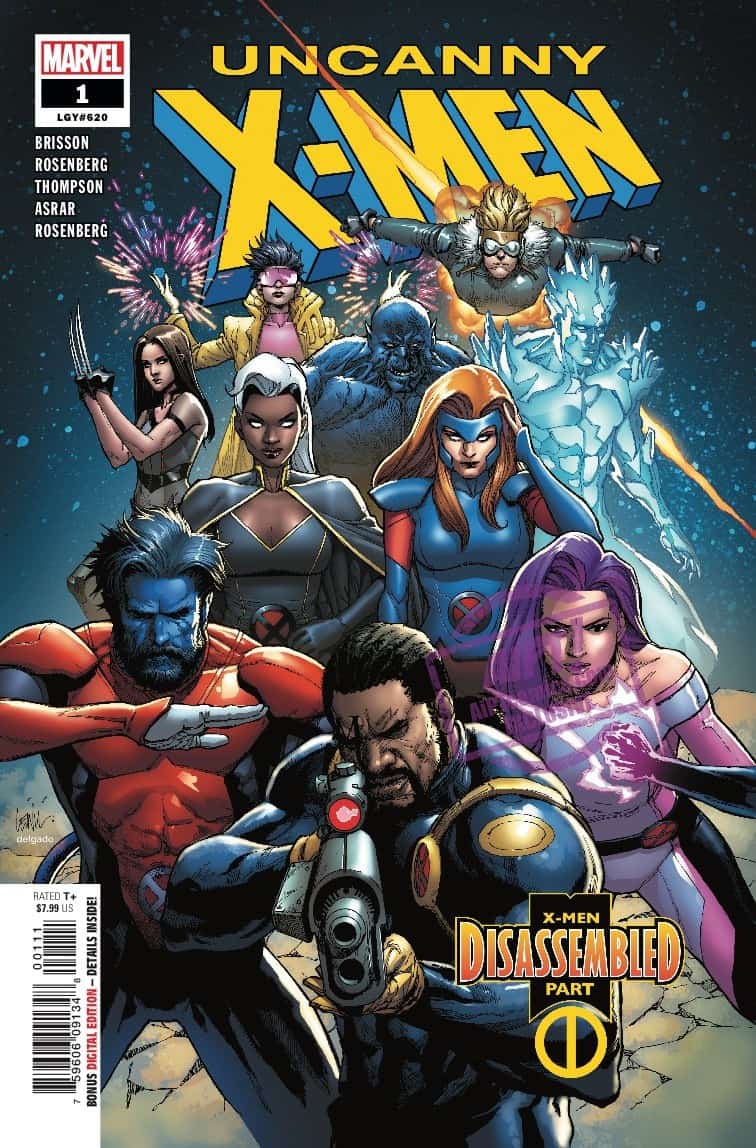 Jamie Madrox, the Multiple Man, is frantically looking for Kitty Pryde and attacks the X-Men?!

However that appears to be a vision or premonition by Jean Grey?

At the same time Storm and Beast are examining a strange phenomena in a desert; rain and bodies of water out of nowhere?

Remember Kitty Pryde? She’s on a mission with the x-kids against…

…who during the battle the x-kids mercilessly mock for their looks?! So, the X-Men are no longer inclusive, and accept all regardless of differences; the next gen X-Men are bullies?! WTF? I get that Rob Liefeld’s early designs have been mocked in the past due to extra small feet, derivative designs, etc., but in his Marvel heyday that stuff sold and sold big.

In reading Uncanny X-Men #1, I was disappointed to see that the writers forgot that at their core X-Men are taught NOT to be bullies and NOT judge others by what they look like on the outsider.

Kitty Pryde disappears. The battle is won after the X-Men join the fray and X-23 almost singlehandedly defeats the MLO.

We then meet a new anti-mutant Senator whose speech…

Angel flies after heating a voice that no one else hears? And, the Senator disappears.

That leaves Jean Grey, Psylocke and the others to deal with the ramifications. Once Madrox realizes Kitty Pryde isn’t there and the Senator has been taken, Madrox too disappears.

The book’s main story ends with the revelation of where Kitty Pryde and the Senator disappeared to along with a HUGE surprise fellow captive (full spoilers here).