At IMPACT Uncaged Tessa Blanchard, daughter of OG 4 Horsemen Tully Blanchard, challenged Taya Valkyrie to her Knockouts Championship. Tessa came into the match waving the 4 Horsemen sign and even wearing a Horsemen shirt.

While Tessa lost the match she still made a statement. Will IMPACT debut their own 4 Hoursewoman led by Tessa Blanchard? At WWE there’s informal teases of two stables of 4 Horsewomen. First the wrestler stable. 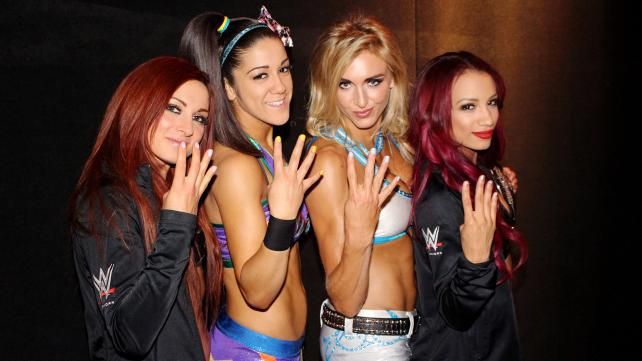 And the MMC stable; they’re all in WWE now.