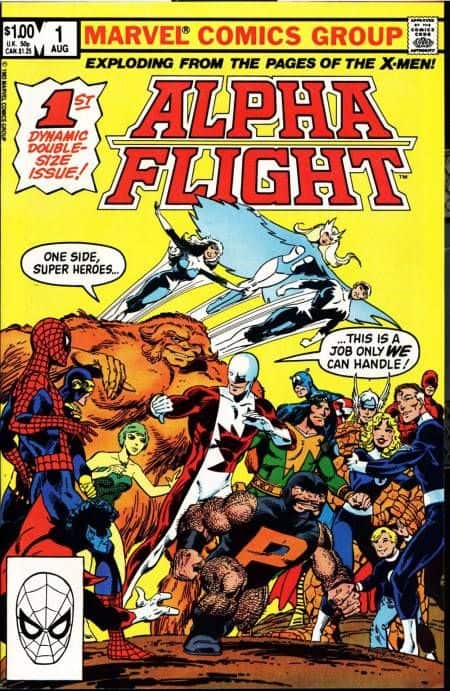 Spoilers (from thirty-four to thirty-six years ago)

As a Canadian kid, Alpha Flight meant a lot to me.  It was the only place where I saw my country being portrayed in comics (I’m sorry, but aside from one issue I picked up somewhere and hated, Captain Canuck was not a thing in my life), but there was a lot going on with this book beyond that.  I started reading it somewhat sporadically with issue fourteen (the one that has Heather in a bra on the cover), and by the time Talisman was introduced a few months later, I was hooked. I remember my parents giving me a stack of back issues for Christmas in 1984, filling in the gaps in my run (shout out The Silver Snail’s Yonge and Eglinton store for keeping back issues at cover or five cents above cover back in the day).

This series felt different from a lot of other comics I was reading then.  The inarguable hero of the book when I started getting it was Heather Hudson, a powerless recent widow (I told you there’d be spoilers).  She was complicated. So was Puck, the acrobatic midget who had feelings for her. So was Aurora, the mutant suffering from multiple personality disorder who kept taking her clothes off.  Other characters, like Snowbird and Northstar weren’t as complicated (at least not yet, in the latter case), but they were cool. Shaman, and later his daughter Talisman, were my gateway into starting to understand the important role that indigenous communities still played in my country.  And then there was the historical tie to Wolverine, a favourite character of mine at the time, and the governmental structure that included two farm teams, Beta Flight and Gamma Flight.

It was through this book that I developed a love for the work of John Byrne that would continue into the 1990s.  I’ve often said he was the first comics artist whose work I could immediately identify, even if he had just drawn a pile of rubble.  I continue to see this book as groundbreaking and experimental. I remember being surprised that the first year of a team book would give each character a solo issue.  I remember being annoyed when half of issue thirteen was completely silent, or when much of issue six was white pages (it was a blizzard). I also remember this as being the first comic where I started to develop prepubescent feelings for characters like Aurora and Elizabeth Twoyoungmen, as well as develop some less noble interest in their skimpy costumes.

I’ve been reluctant to dive into this series for these columns for two reasons.  One, I’ve been worried that the comics might not be as spectacular as I remember them at the beginning, and that looking at them from an adult perspective might tarnish my memory of them some.  I’m also fully aware of just how bad this book became after James Hudnall’s run (which itself is kind of problematic), in terms of story, art (Tom Morgan! Mark Pacella!), and design (those red costumes).  I have been wanting to reread Steven T. Seagle’s relaunch though, and decided it was time to dig in and look at the whole thing. 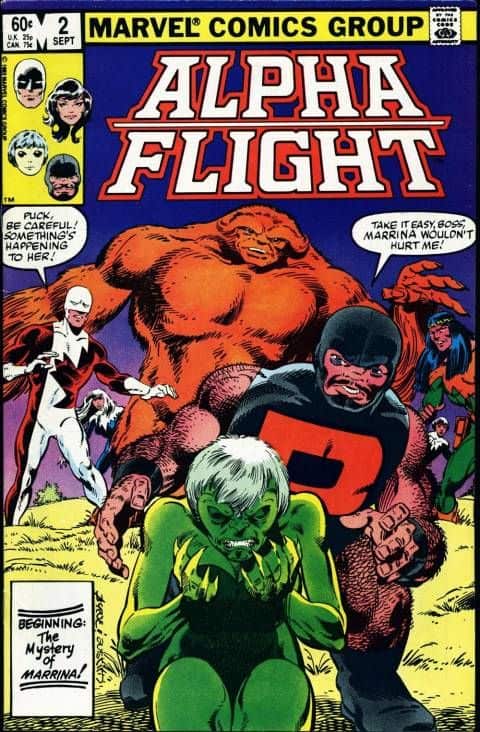 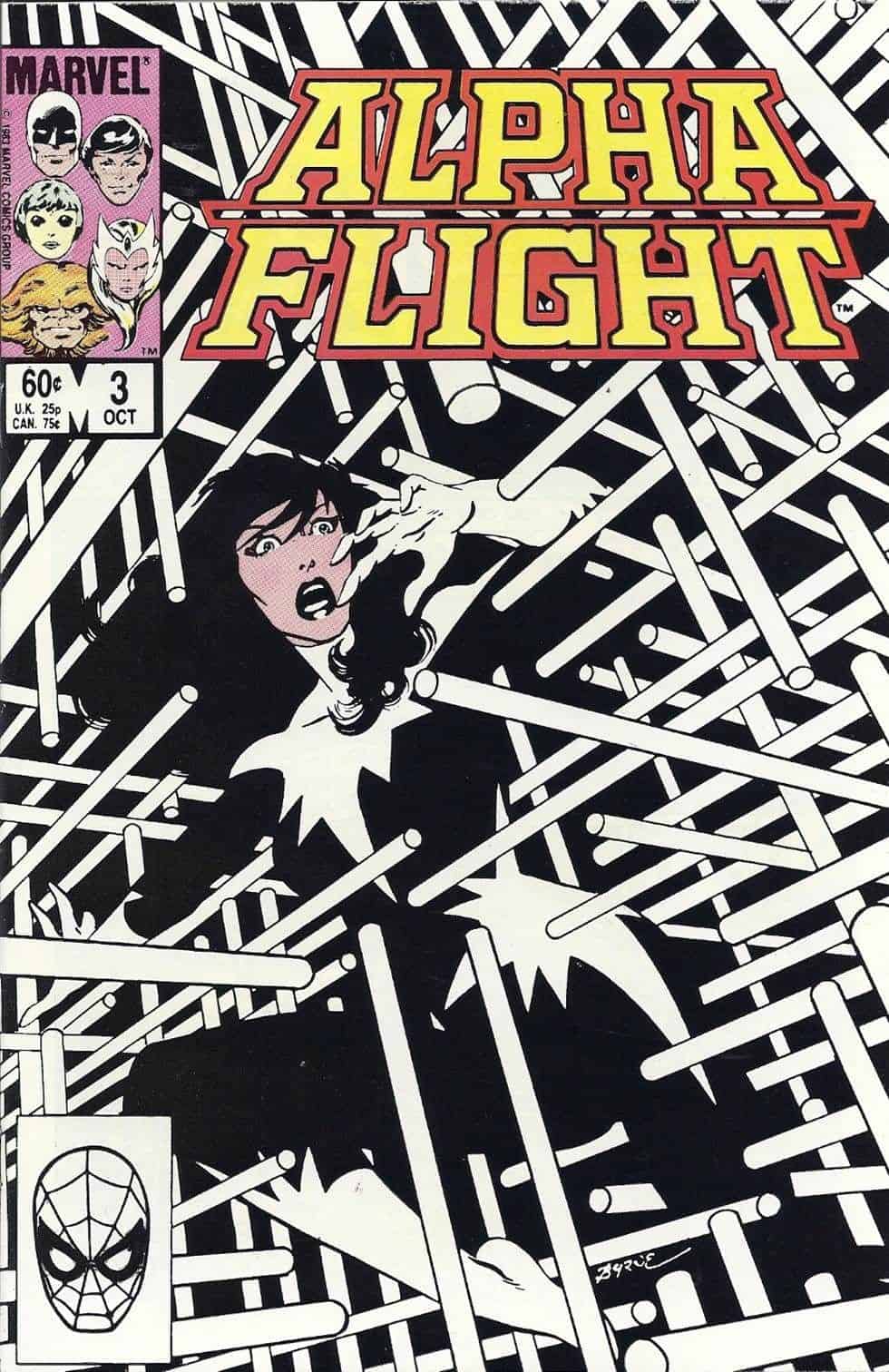 John Byrne’s departure from this book is one of the stranger ones I remember, as he effected a creative swap with the Incredible Hulk’s book, trading places with its creative team, right down to the editor.  As such, they concocted this Hulk story to ease the transition, but Byrne clearly felt fine leaving some character arcs incomplete.

I’d say that this entire run is very unconventional though, especially for the time, and was probably a lot more ground-breaking than people realize.  Look at the structure of this series – after two full-team stories, there are many single character stories, with backups filling in the history of the team.  It’s something like eight months before the team gets back together again, and that’s for the death of the book’s main character. After that, it’s more months of a divided and split up team, while Heather takes charge of things and tries slowly to get them all together again. 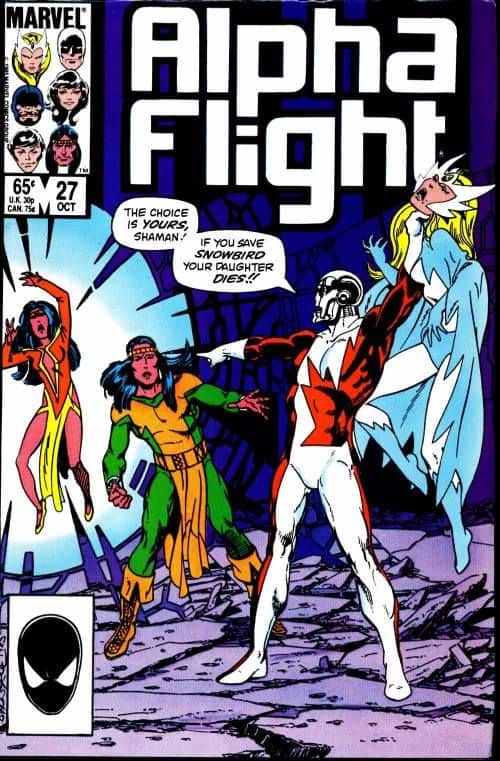 For most of this run, the team has no funding and no headquarters.  The closest they get, until the very end of the run, is hanging out at Walter Langkowski’s condo complex.  But the Defenders are known as the non-team?

It’s worth looking at each individual character I think, as Byrne had a plan for all of them.

Guardian  – I think killing Mac off was the best thing that Byrne could do for this title, as he was both kind of boring and uninspiring, and because with him around, the team felt too much like the Canadian Avengers.  Without him, characters could grow into leadership roles, or become more problematic, as their personalities dictated.

Heather –  Heather is arguably the centre of this book from the very beginning.  She starts off as an optimistic cheerleader, and slowly builds a sense of responsibility for everyone she knows.  She lets tragedy wreck her for a while, and then she picks herself back up, and is pretty inspiring. I hate when Byrne (or maybe it was Andy Yanchus) started putting her in red and white outfits all the time, and I hate her wrap-around glasses, but deciding to not make her Guardian II from the jump was very smart.

Shaman – First off, it’s nice to see an Indigenous character like Shaman, who becomes the backbone of the team, without always having to resort to stereotypical portrayals.  Sure, there are problems with Shaman, but for the early 80s, his inclusion is pretty cool. The idea of him feeling like a failure for not saving his wife, and then abandoning his daughter, adds nuance to him, but it’s also cool that he’s this highly respected doctor as well as a superhero.  His relationship with Elizabeth is interesting. One thing that bothered me with him is that in the early issues, his people are referred to as the Sacree, and later, it switches to Sarcee, which is what I remembered. A bit of Internet research tells me that the Sarcee are really called the Tsuut’ina, and are from the area around Calgary.  I guess the earlier spelling was a mistake, and I wonder who caught it.

Puck – Puck got less screen time than I remembered, aside from his role in helping Heather get back on track after Mac’s death.  He’s an interesting character, and I like how often Byrne refers to his past and worldly experience. I guess most of the development I remember comes later.

Northstar – It seems pretty clear that Byrne always intended for Jean-Paul to be gay, or at least he dropped enough hints about it here that it shouldn’t have come as a surprise to any close readers.  It’s also interesting to see Jean-Paul portrayed as so stubbornly insistent on speaking French in Anglo settings, and that Byrne gave him some past history with separatist terrorists. I’m not sure how many American readers in the 80s would have known the history behind all this, but it’s very cool to see it included here.  It’s also interesting that he never really saw himself as part of the team, and was only there to spend time with his sister.

Aurora – Byrne portrayed Aurora with great sensitivity and understanding, and made her a pretty fascinating character over his run.  While her diagnosis of schizophrenia is clearly wrong, this is one of the earliest comic book portrayals of mental illness I can think of that didn’t victimize the character.  Aurora is a strong woman, and so is Jeanne-Marie. The changes wrought on her by Walter don’t really make sense, and needed to be explained more, but I really enjoyed the complexity of the character.

Sasquatch/Box – Walter started out a pretty bland guy, but as this run continued, and he “died” and came back in the Box suit, he became a lot more interesting.  One thing that I didn’t remember about Walt and how Byrne drew him as Sasquatch is his finger toes. That actually really bothered me this time around, and grossed me out. 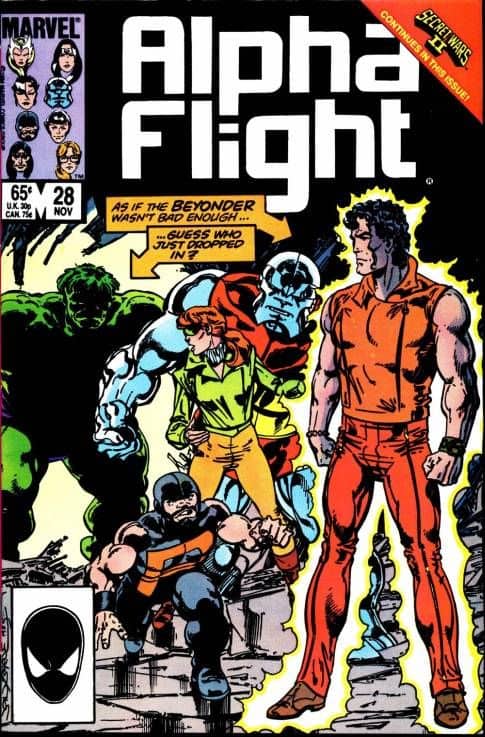 Snowbird – Narya starts off as an interesting character, but really becomes pretty limited pretty quickly.  She has a wide variety of powers, but no real personality. It’s cool that she chose to become more of a human, through her relationship with Doug, but we don’t see a lot of it, so it doesn’t really count.

Talisman – I had a bit of a crush on Elizabeth as a kid, and still see a lot of potential in the character.  Her relationship with her father, and her complete lack of knowledge of her abilities, gives her a lot of space to grow as a character.  I also like that she’s another strong indigenous character.

Marrina – Lowkey, I kind of hate Marrina, largely because once she was discovered to be an alien, every story she ever showed up in had to be about that.  She needed someone to take more time with her to make her more of a character.

Box – It’s cool that this book had a double-amputee character, even though he largely served a supporting role, and didn’t get much opportunity, at least so far, to do more than plot revenge on Omega Flight (and then miss out when the team fought them again).

I liked the way Byrne chose to strengthen the team’s ties to Wolverine, but resisted putting him in multiple issues.  It seemed that Byrne was determined to have this book stand on its own, with the only guest stars from American Marvel being characters he was already, or would become, connected to (like Invisible Girl and Namor).

This book did a great job of establishing Canada as a real place, and Byrne had the team heading back and forth across it numerous times.  In truth, he gave the country more coverage than America was getting, at a time when just about every Marvel hero was stationed in New York.  There are some cool Easter Eggs for Canadian readers, and the book demonstrates our geographical diversity quite nicely. 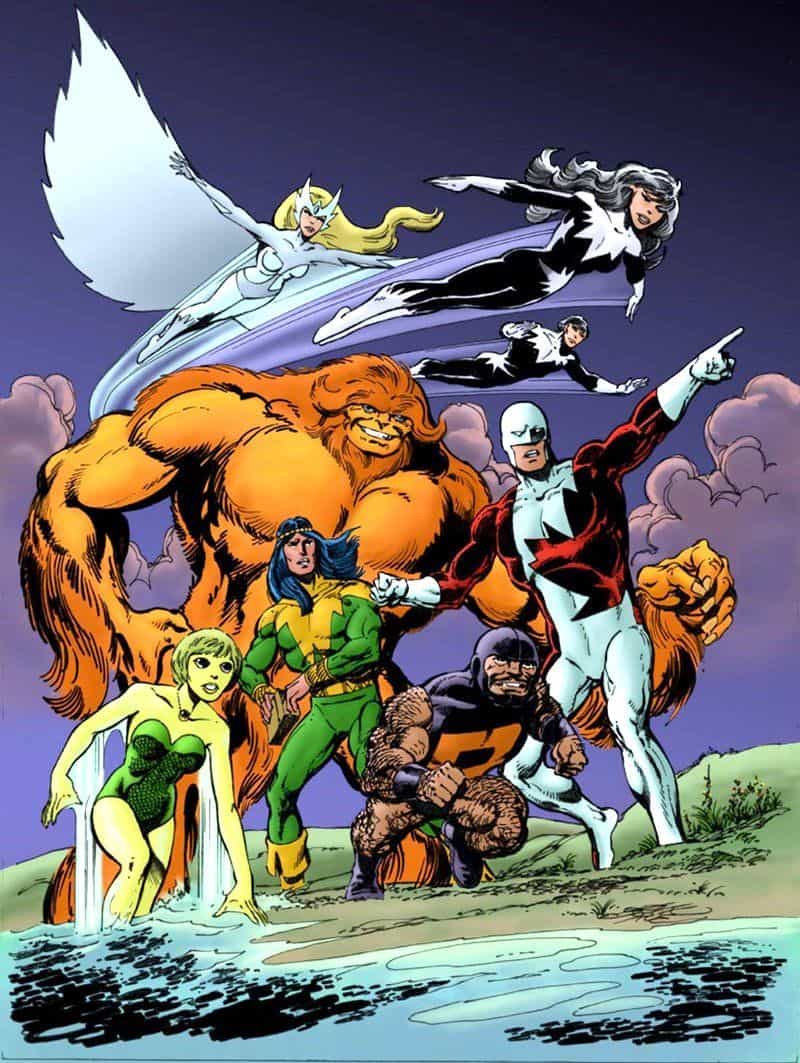 It blows my mind that Byrne was working on this book at the same time that he was also writing and drawing the Fantastic Four, but that also explains the general lack of backgrounds in the early issues, and the occasional appearance of Keith Williams as “inking assistant”, which I understand to mean background artist in general.  Byrne has always been a favourite of mine, although I didn’t follow him over to the Hulk, having little to no interest in that character back then.

I have some fond memories of Bill Mantlo’s long run on the book, but also remember not liking some of the characters he introduced to the team.  I guess we’ll see how his work stood up next time around.

If you’d like to read the stories I’ve talked about, you can get them here:
Alpha Flight by John Byrne Omnibus