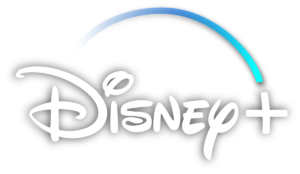 The streaming service will launch later this year on November 12!

During The Walt Disney Company’s Investor Day, nearly all had been revealed about the highly-anticipated streaming service, Disney+.
For True Believers everywhere, there is no shortage of content coming out of the House of Ideas. A lot was covered during the nearly 3-hour presentation, so let’s dive in on everything you need to know.

.
Disney+ will launch in November with a robust library of theatrical and television content, and in its first year will release more than 25 original series and 10 original films, documentaries and specials by some of the industry’s most prolific and creative storytellers.

“WandaVision,” a live-action series with Elizabeth Olsen returning as Wanda Maximoff/Scarlet Witch and Paul Bettany reprising his role as The Vision.

Tom Hiddleston will be reprising his role as the God of Mischief in “Loki” for the streaming service.

“Marvel’s What If…?,” the first animated series from Marvel Studios and takes inspiration from the comic books of the same name. Each episode will explore a pivotal moment from the Marvel Cinematic Universe and turn it on its head, leading the audience into uncharted territory, such as what if Peggy Carter took the super soldier serum and Steve Rogers joined the fight in an armored suit from Howard Stark?

.
Following its U.S debut, Disney+ will rapidly expand globally, with plans to be in nearly all major regions of the world within the next two years.

Visit DisneyPlus.com to register your email and receive updates on the service.

In addition, Deadline reports that Disney+ will also include a Hawkeye TV property:

…The project is described as an adventure series in which archery master Clint Barton, a.k.a. Hawkeye, will pass the torch to Kate Bishop, a member of the group known as the Young Avengers, and first female to take the Hawkeye name after Clint Barton…