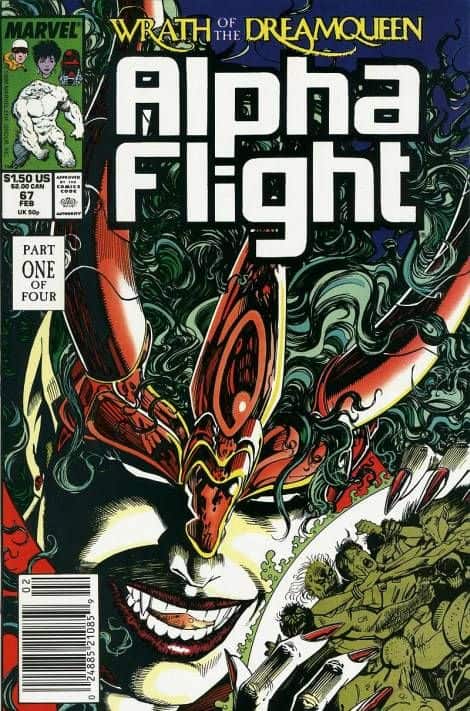 Spoilers (from twenty-nine to thirty years ago)

James Hudnall, the third writer to take over Alpha Flight’s title, passed away recently.  I remember being a fan of his run, which, as I recall, refocused Alpha on supernatural threats, with a long storyline having the team go up against an evil sorcerer.  I remember that he returned Shaman and Talisman to prominence, added Diamond Lil to the team, and took as much time as he needed to tell his story, all of which I appreciated.  I also remember being pleased with the unconventional artwork of John Calimee, his main artistic collaborator.

When I started to read through this series again for this column, there were three runs I was most excited about – John Byrne’s, Steven T. Seagle’s, and Hudnall’s.  Let’s see if it’s as good as I remember… 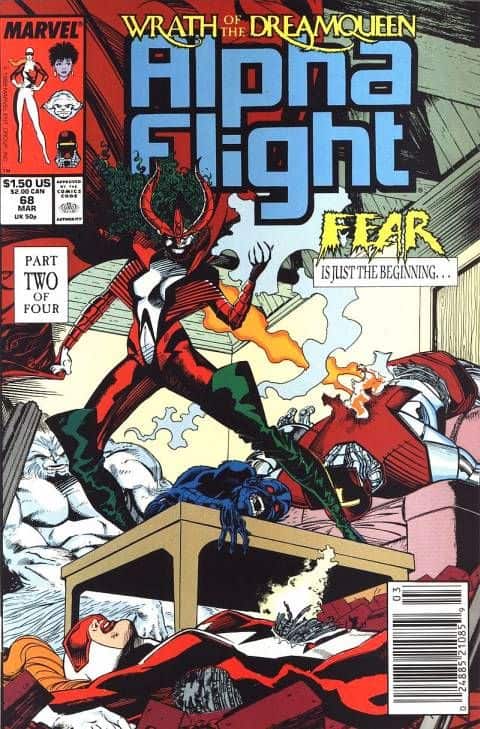 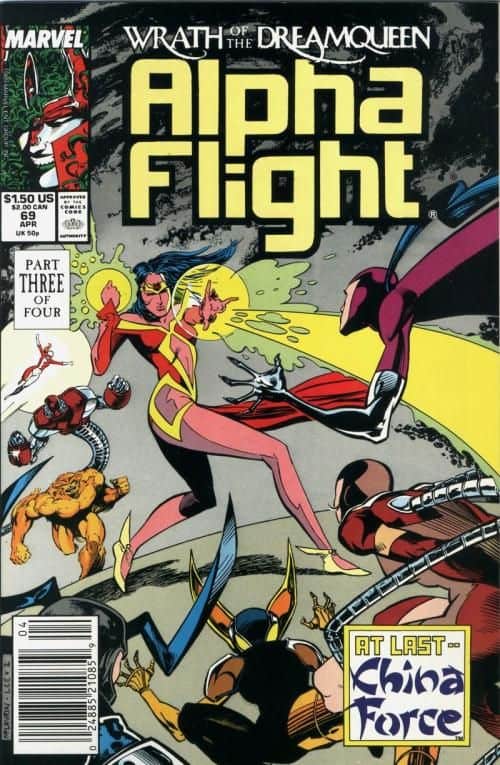 Hudnall’s run worked on a lot of levels, but also didn’t on some others.  I remember really enjoying the scope and sweep of this storyline as it played out over a year and a half, and built a real epic weight to itself.  At the same time, it largely consumed all character development, and was almost completely lacking in subplot. Hudnall introduced three (four if you count this Nemesis) new characters in Gamma Flight, but we never learned anything about them.  He didn’t really explore what Alpha’s new status as outlaws really meant, and left a few dangling threads, such as who was holding Puck prisoner and why, and what the Master of the World was up to on Llan’s behalf.  We also didn’t revisit that Zeitgeist guy who was killing heroes in Brazil when we last saw him.

After Hudnall passed recently, I read a few things about him holding unpopular right-wing views.  That’s really not evident in this comic, and the underlying message about environmentalism makes me wonder how all of this new information reconciles itself.  At the same time, this was written thirty years ago, and people change. So far as I’m concerned, Hudnall was a good writer who tried something different in this comic, when most of his other comics output was more espionage/action based.  He managed to keep a large cast moving, and plotted out a solid long story. 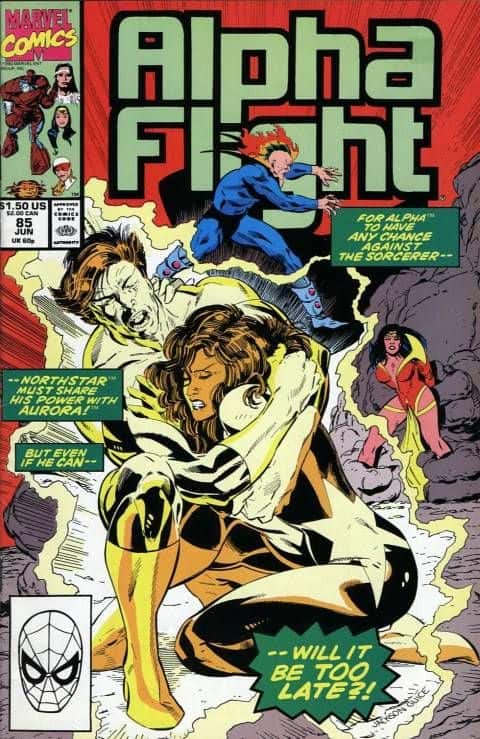 Artwise, I’d be curious to know more about what people thought of John Calimee’s style at the time.  I like his minimalism, although I liked the issues that weren’t inked by Mike Manley better. I’m not saying I don’t like Manley’s work, I just think they were a bad fit for one another.

In my last two columns, I was giving over space to discuss each individual character, and how Byrne and Mantlo shaped and changed them.  I don’t feel like there was enough character work done in this run to warrant that discussion here. Where Hudnall did begin to build on characters, he quickly abandoned it in favour of progressing his larger plot.

Still, there are a few points of interest present.  Heather’s relationship with Madison was largely ignored for a very long stretch.  Establishing that Madison and Lil had a past was an interesting wrinkle, and it looked like a love triangle storyline was developing, but then it got resolved quickly and simply in the last issue.  I’d have liked to see more of this, and to have learned more about Lil, who was a good addition to the team, if an unexplored one.

The rivalry between Heather and Elizabeth was interesting for a few minutes, but it also disappeared in a hurry, as did any remaining ill will or hurt feelings between Elizabeth and her father, who relinquished the talisman without becoming more human, it seems.

I like that Hudnall brought so many founding members back to the fold, as Alpha Flight kind of needs Northstar, Aurora, Shaman, Puck, and Talisman to really feel at home.  I also like that he restored Sasquatch to his orange, male, self, although some more examination of how that felt was probably needed too.

I did want to know who Nemesis was, and to learn a little more about Gamma Flight.  I’m glad that Mannikin was written out of the series completely, as he was pretty lame.  Beyond that, I think we should applaud the level of focus applied to this story.

From here, the 90s beckoned, and Alpha Flight went through more big changes with its next writer, Fabian Nicieza.  I don’t remember much of his run aside from not liking him bringing back a certain character from the dead, but that’s for next time.

If you’d like to read any of the issues discussed here, you’re going to be digging through some longboxes.  This run has not been collected.