I wonder how long since this has been done here at The Pulse? Oh well, I thought I’d give it a go.

I know it was a week ago, but here goes: Money In The Bank 2019 was, for the most part, a watchable show. I wanted to write a column on it, but as I don’t do play by play and thought that talking about booking decisions would be too boring, as I understand where they were going for the most part. Well, thought I understood. Raw and Smackdown have shown me I don’t think booking is their primary concern at Titan Towers at the moment. More “throw everything at the wall, see what’ll stick”.

(1) The women’s match was better than 2018 but still felt a little off. However, the more they do these sorts of things, the better they’ll get. Don’t forget, I lived through such “champions” as Sable, Debra (McMichaels? Who was she dating/married to at the time?), The Kat, Hervina (you so don’t want to know the back-story to how Harvey Wippleman won the title), Stephanie McMahon-Helmsley, Michelle McCool, Maryse, Alicia Fox, Kelly Kelly, 70-plus year old Fabulous Moolah… so many, so very many… The female wrestlers on TV are worth watching today, so we should all be thankful because a MITB ladder match in the early 2000s would have involved Lita bumping like a demon to get it over and Torrie Wilson being carried out on a stretcher with a broken fingernail. And we had a good winner.

(2) Rey Mysterio won the US Title from Samoa Joe. We still haven’t seen a decent length match from these two. This looked like a fluke and booked Rey to look like a lucky champ due to poor refereeing. I still want a long match between them. And the after-match stuff from Joe makes me think we are going to get just that. Or is this how Dominic Mysterio is introduced as a wrestler? Hmm…

(4) Nese and Daivari put on an entertaining enough little match, but it did feel like a TV match, not a PPV match (which is what the Nese/Murphy match at WM35 did feel like). Still, can’t complain. And Nese is still champion.

(5) Lynch defeating Evans was the right thing – Evans is not ready to be there yet. She’s still got work to do to get to the same level as Lynch, Flair, Asuka, Natalya, et al. Still, harmless enough match.

(6) Flair defeating Lynch was expected – splitting up the titles was inevitable. But Bayley immediately cashing in was an excellent decision and an excellent surprise. The Lynch/Flair match was really good, Flair winning was almost expected, and then the cash-in… Flair is going to be an angry chaser now. This should give us some good matches on both brands.

(7) Elias and Reigns happened. Isn’t that more than enough?

(8) Rollins/Styles was MOTN easily. I like these two in the ring (though Rollins as a character leaves me feeling meh), and have been a fan of Styles since he and Air Paris challenged for the WCW Cruiserweight Tag Team Titles. (Yes that was a “thing”, yes it happened, yes I’m old.) This was just a good wrestling match, and I want to see them go at it again. The more I watch Rollins in matches like this, the more I like him as a performer. The counters they exchanged, the moves they hit, the near-falls – it was all really good. At the end I didn’t even care that Styles came up short because I was entertained, and then they had the show of respect. Cool. I enjoyed it… leave me alone.

(9) Kofi Kingston beat Kevin Owens in a match that was another TV match on a PPV. It was not bad – far from it – but it just felt “there”.

(10) The men’s MITB ladder match was down one man because of Sami Zayn being eliminated by being hung like a piece of meat backstage. The match was okay, but… Look, it just felt more like a glorified stunt show, as if they felt the only way they could outdo previous iterations of this match was to literally try to kill themselves. It felt too OTT and some of the bumps just looked insane and not in a good way. Having said that, I still enjoyed it, for what it’s worth… until the ending. Brock’s music sounded, Ali – who was right there, at the top of the ladder – just stopped doing what he was doing and stared at the entrance, Brock ran in, pushed Ali off, and then he just took the briefcase… it did feel like a slap in the face for everyone else involved. I would have liked to have seen him come in a few minutes earlier, take everyone out one by one (they were already beaten and bashed, after all), then scale the ladder, to at least set him up as a badass, not just an opportunist. 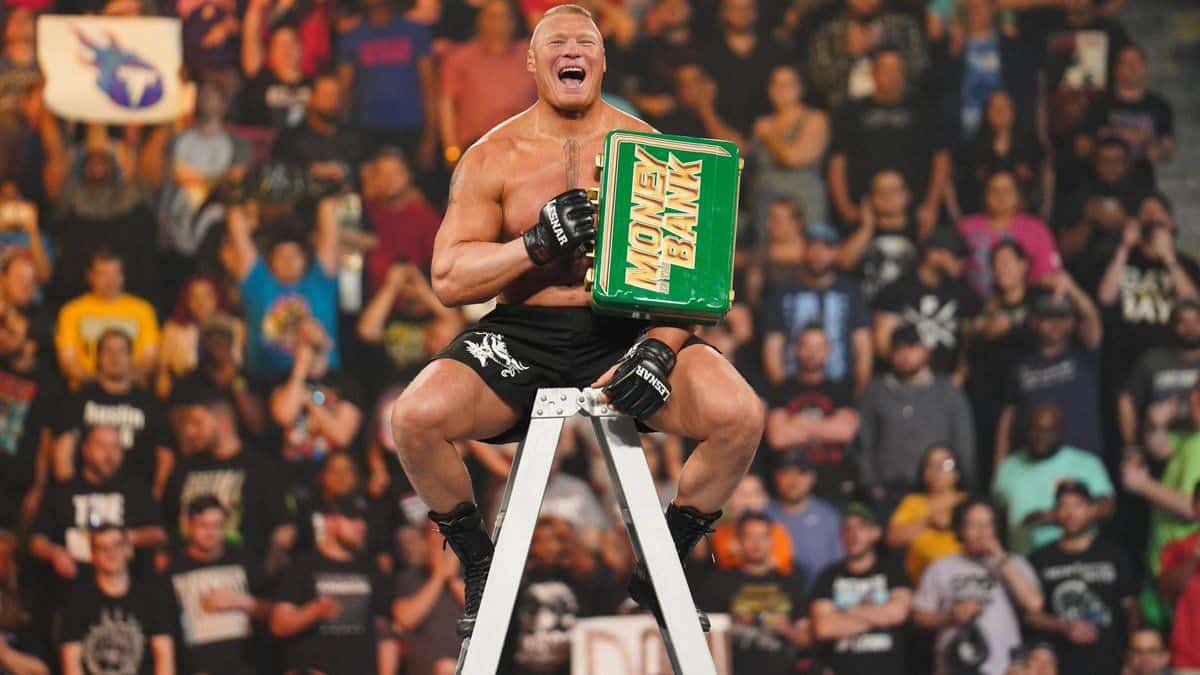 Overall, not a bad show. And I do recommend catching the Styles/Rollins match if you haven’t already.

So, that’s my first go at a “10 Thoughts”. What do you think? Should we bring this sort of column back, or should I just leave it be? Sound off in the comments!